Very meaty bowls of deliciousness with lots of cheese!

This is a recipe I found years ago, shortly after I’d started my first low-carb diet. I copied it out of a book from the library but have been tempted to call it pizza bowls because it has all the things I love on pizza. It’s just that it doesn’t have enough sauce to really be a pizza bowl and of course, there’s nothing replacing the dough/crust. In the end, I opted to just leave it as meaty casserole.

So this is pretty simple and doesn’t take very long to accomplish either. It is made in individual serving bowls, so can be made to order.

Thus, the kids and I use ground beef and Michael gets ground turkey.

So begin by browning the ground meat. 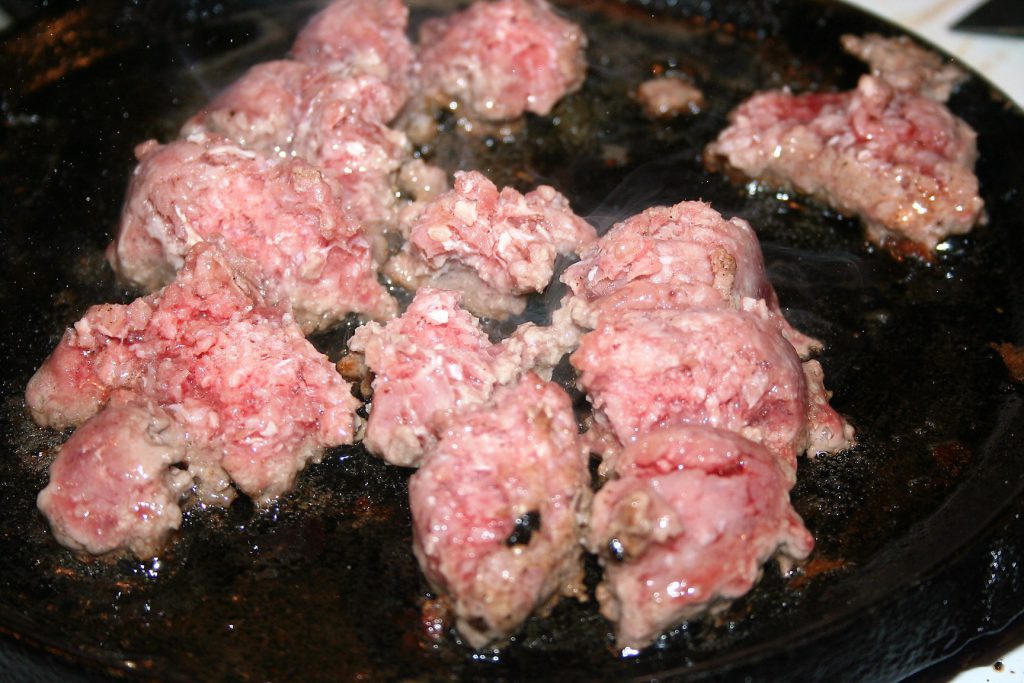 Season it with salt, pepper, onion powder, and garlic powder. 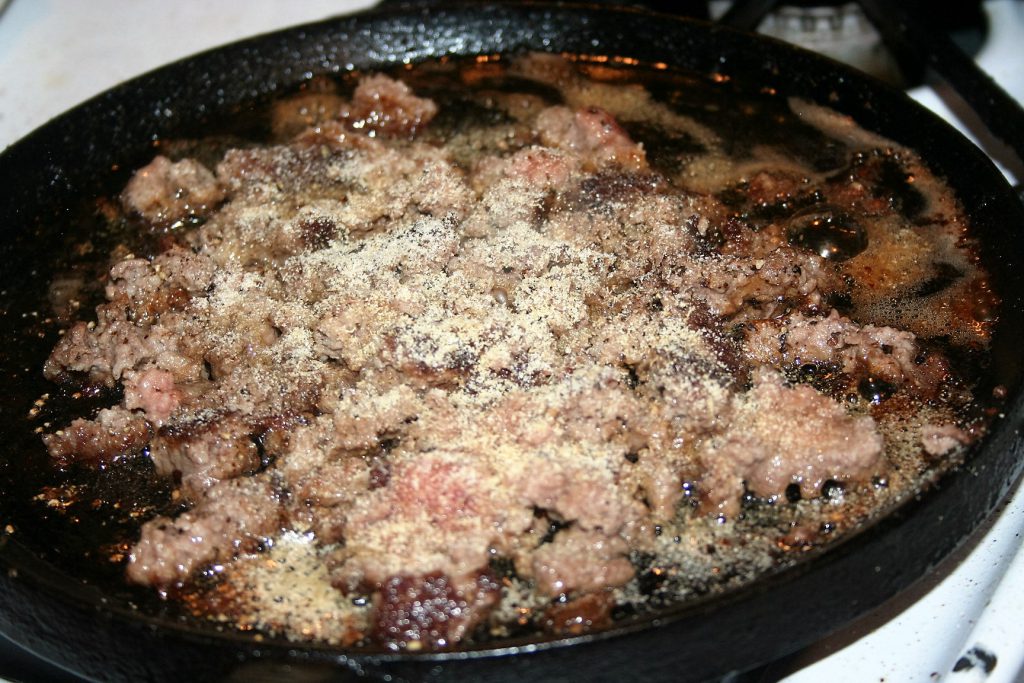 (This pan already had some grease from cooking some bacon or steakumms on it earlier. I didn’t bother to get rid of it but probably should’ve since my meat is a fatty one.

Add diced tomatoes, which I choose to puree with a stick blender. 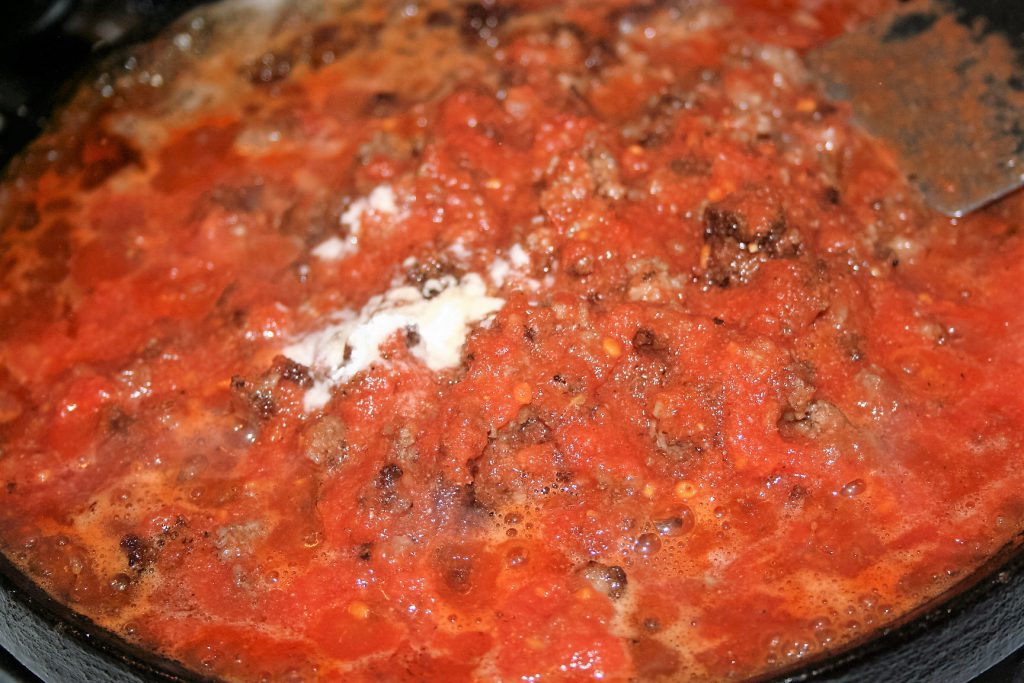 (I add a tiny bit of baking soda so that there is less chance of heartburn later.)

Meanwhile, make sixteen meatballs out of the Sweet Italian Sausage links. I don’t know how large the links are generally but these are rather large. I ended up only using one and a half. 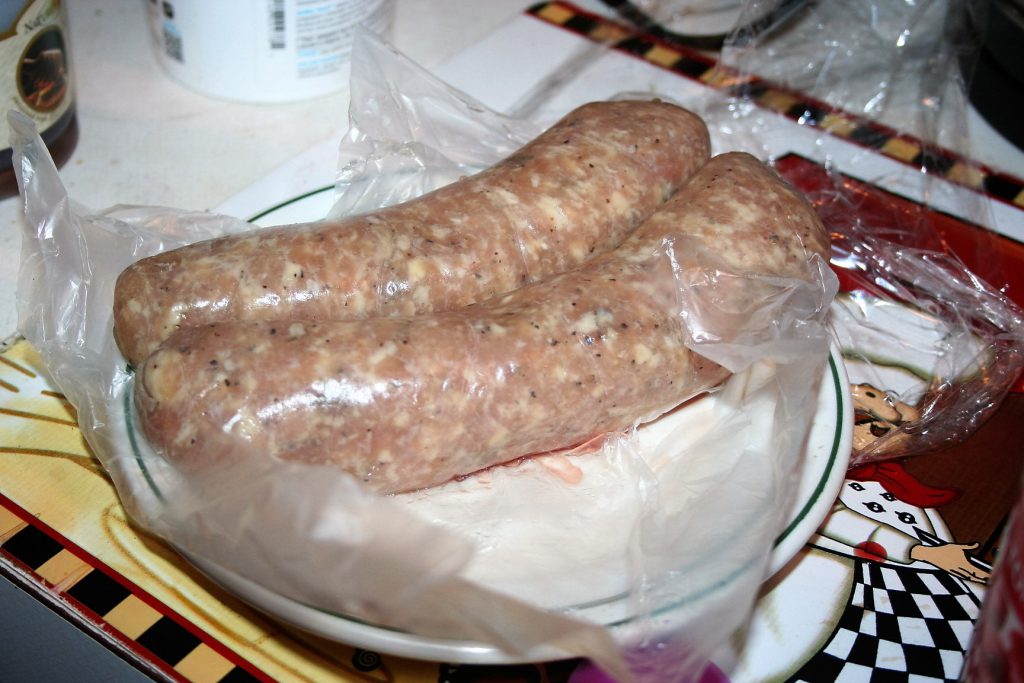 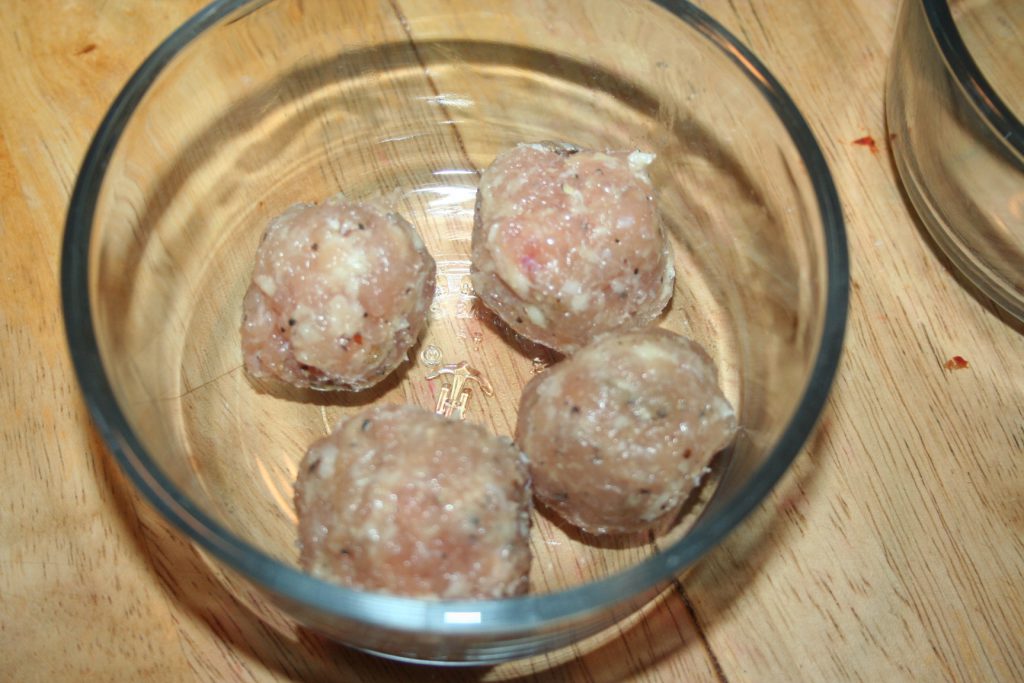 I think I’ll make twice as many but half as big, next time, since it is difficult to cut them when eating them. Smaller would definitely be better. Who knows, maybe there are only supposed to be four that size.

Next add additional ‘toppings’. I add canned mushrooms and diced green pepper to Michael’s and mine. Sean and Tiffany do not care for those items. Next comes pepperoni, which I cut into quarters, so it’s more bite-sized. 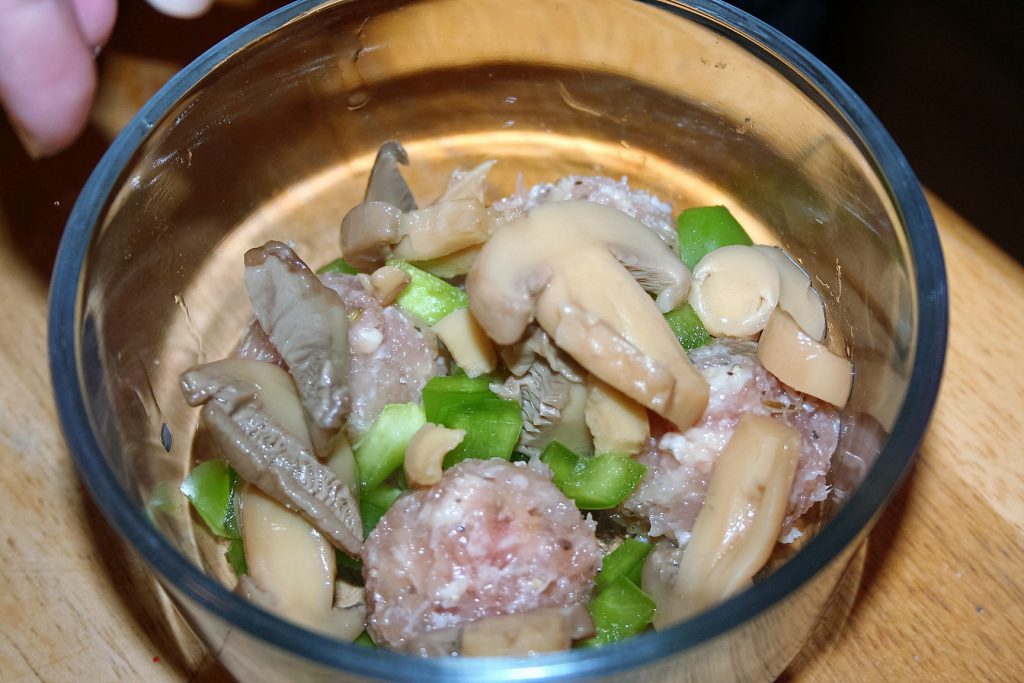 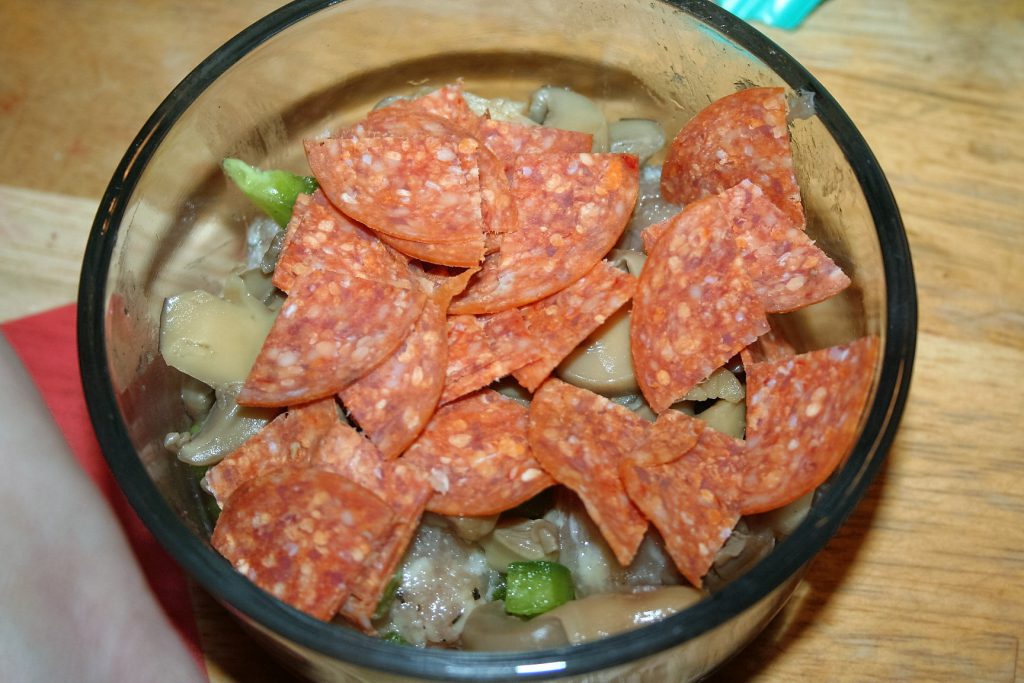 Top with the ground meat, after the tomatoes have thickened. (About 5-8 minutes) 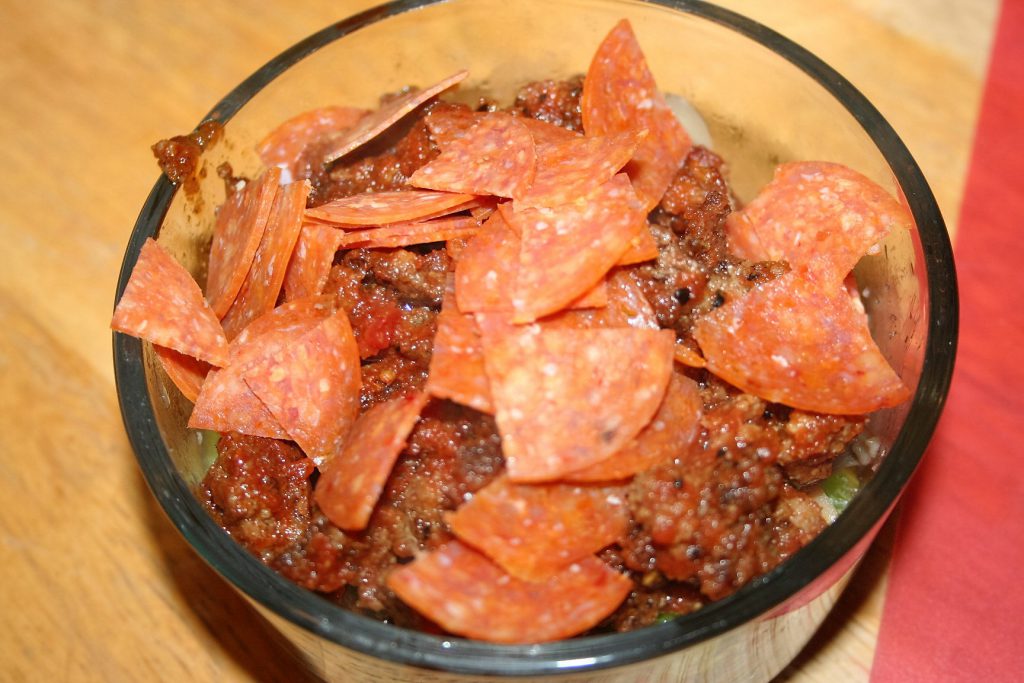 I like to put some pepperoni before and some after the ground meat.

Then top with cheese. 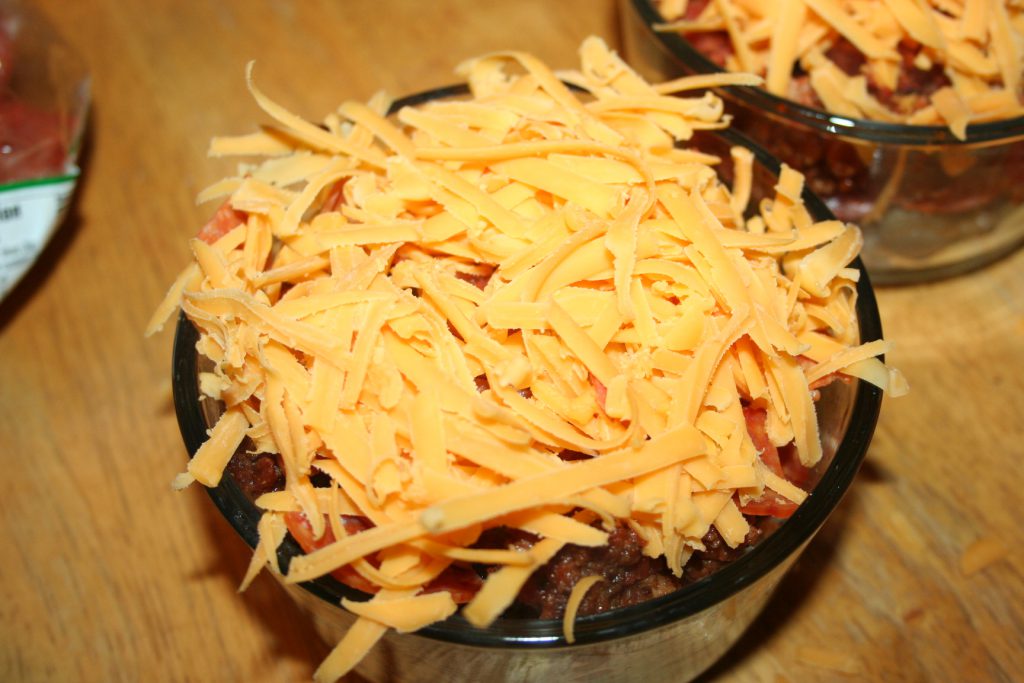 I like to put them all on a rimmed baking sheet so that it is easier to move them. 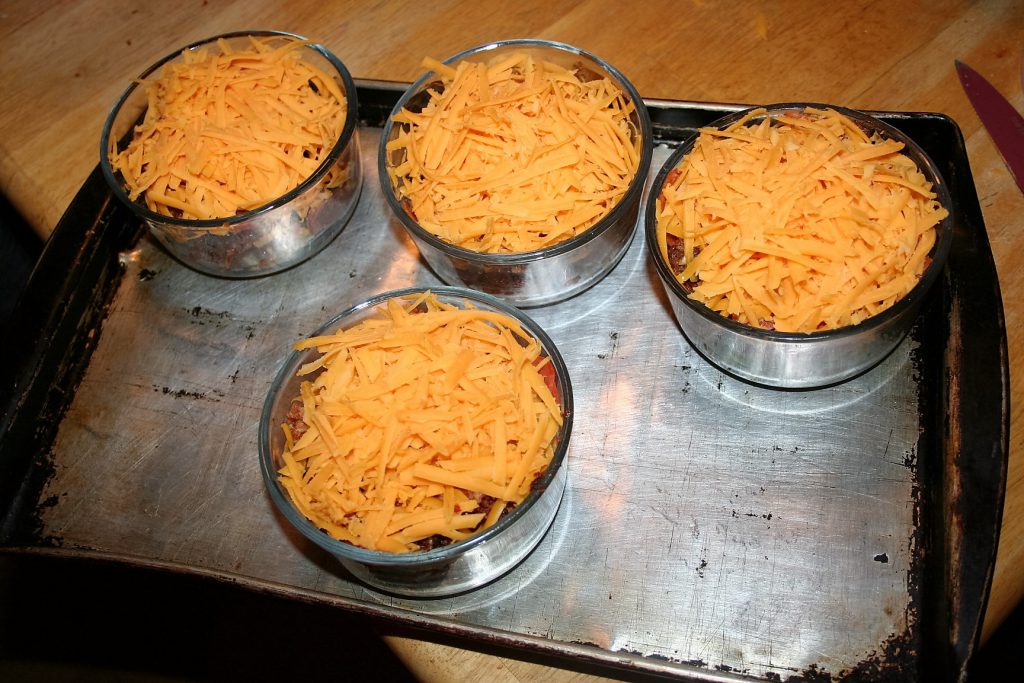 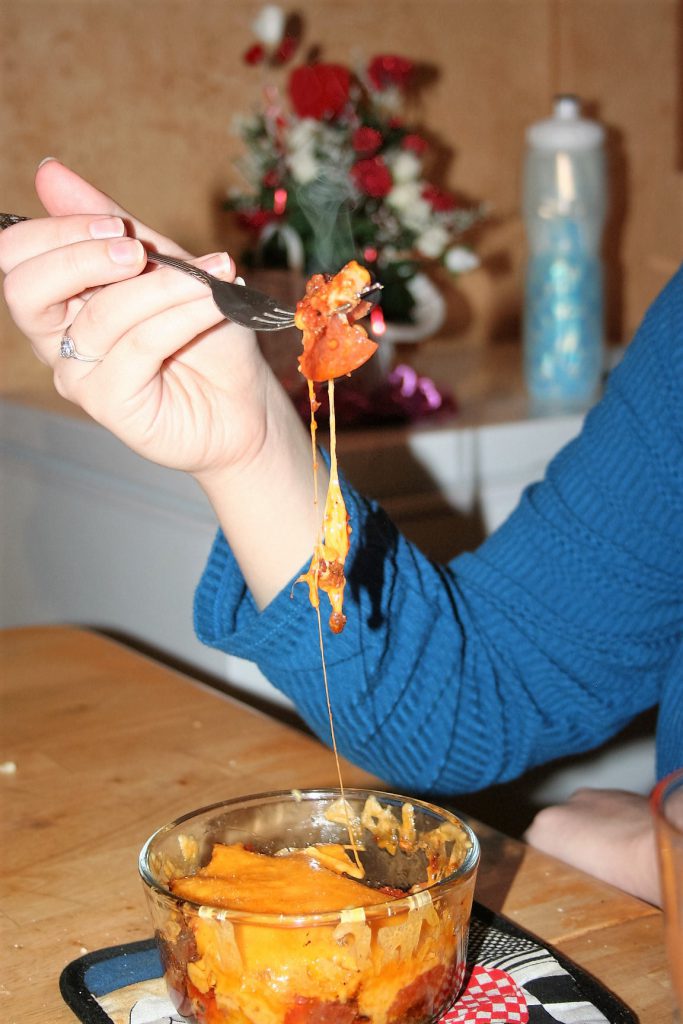 It’s supposed to have the shredded parmesan cheese added before baking but I always forget until just about the time I go to put it in the oven and then I’m in too big of a hurry, and decide to just wait until later. 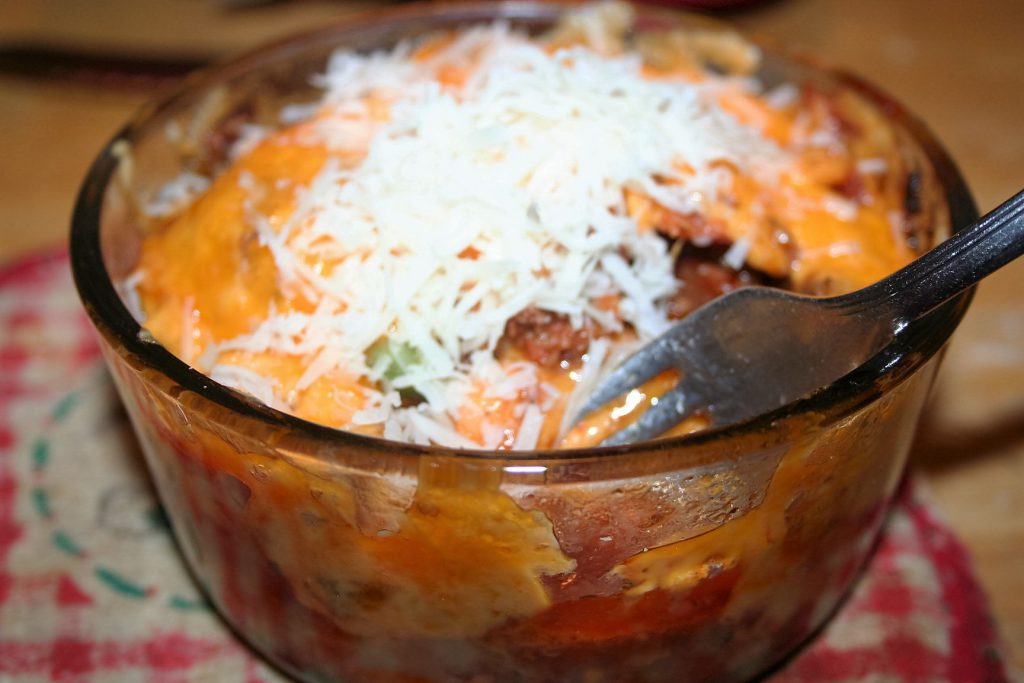 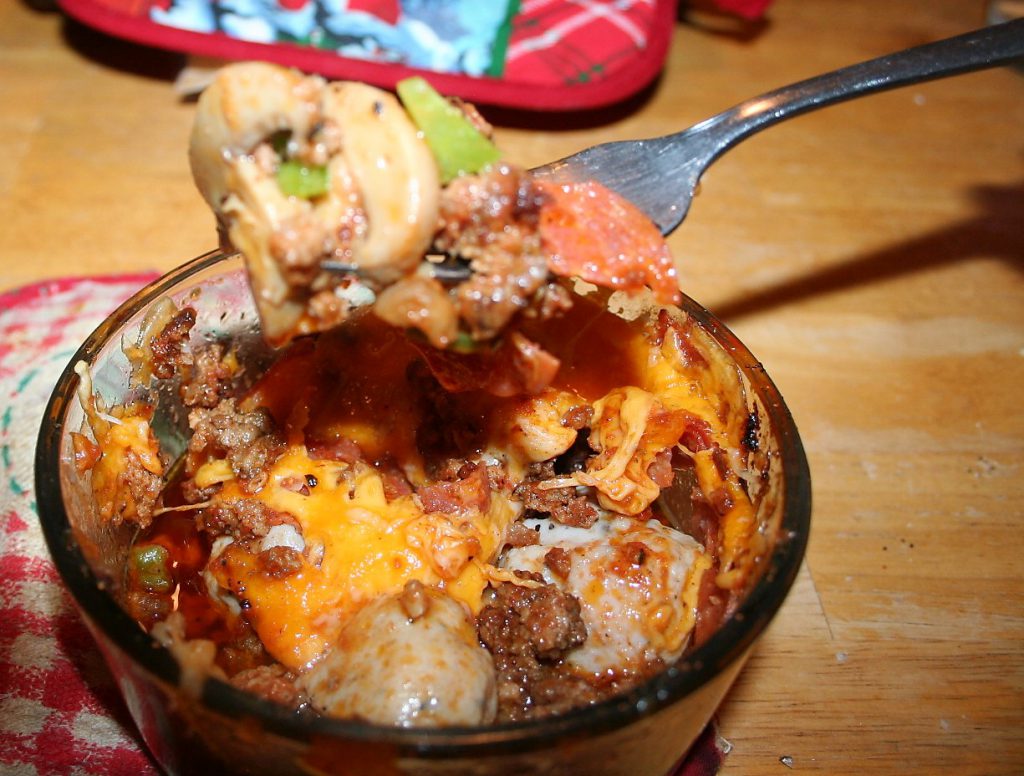 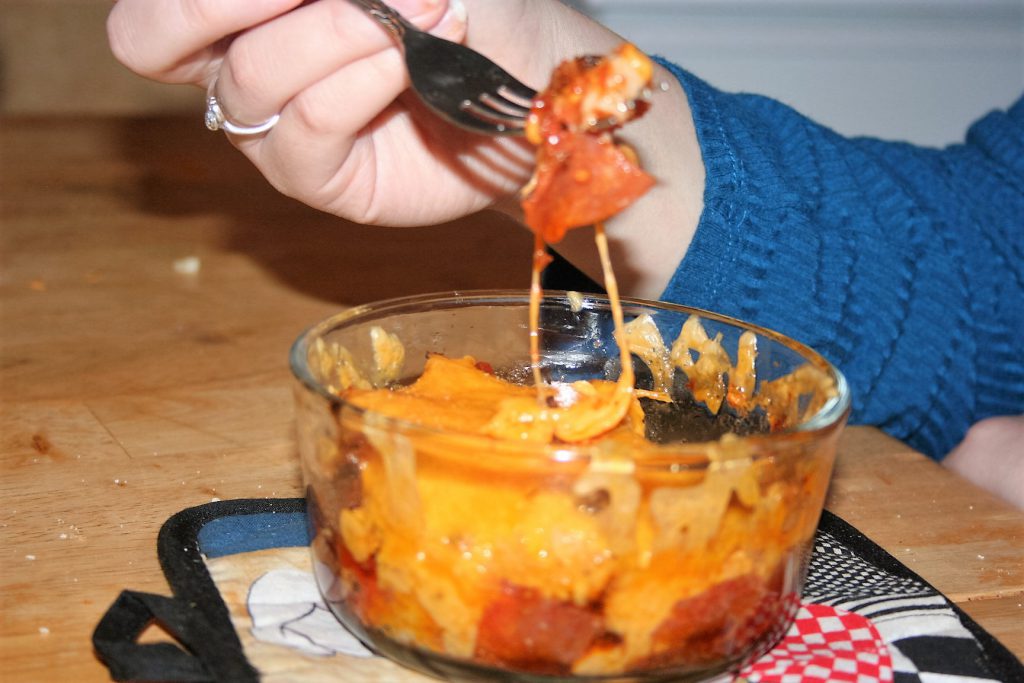 I hope you enjoy these. We have.