Out of this week’s seven tangles: ICanThis, Juke, Marasu, ‘Nzeppel, Quandry, Stoic, and Zenith, I only had the step-out drawn for ‘Nzepple. I’ve used ICanThis, Zenith, and Marasu in tiles before but haven’t made the step-out for them yet. I don’t care for ICanThis or Quandry, so I didn’t use them in this week’s tile.

I forgot to take a scan or picture of my tile with the string before I did any tangling on it. But basically it looks like a crown on a diagonal in the center of the tile with no borders. Of course I wanted to do something a bit different and chose not to simply tangle inside the string.

I decided to use ‘Nzeppel because it is one of the tangles I enjoy. It’s interesting though because I had a difficult time befriending that tangle. I decided that Stoic and Juke would work well on other sides. I also decided Marasu could work between the points.

Here’s how I tangled it (first the scan and then the picture in natural light). 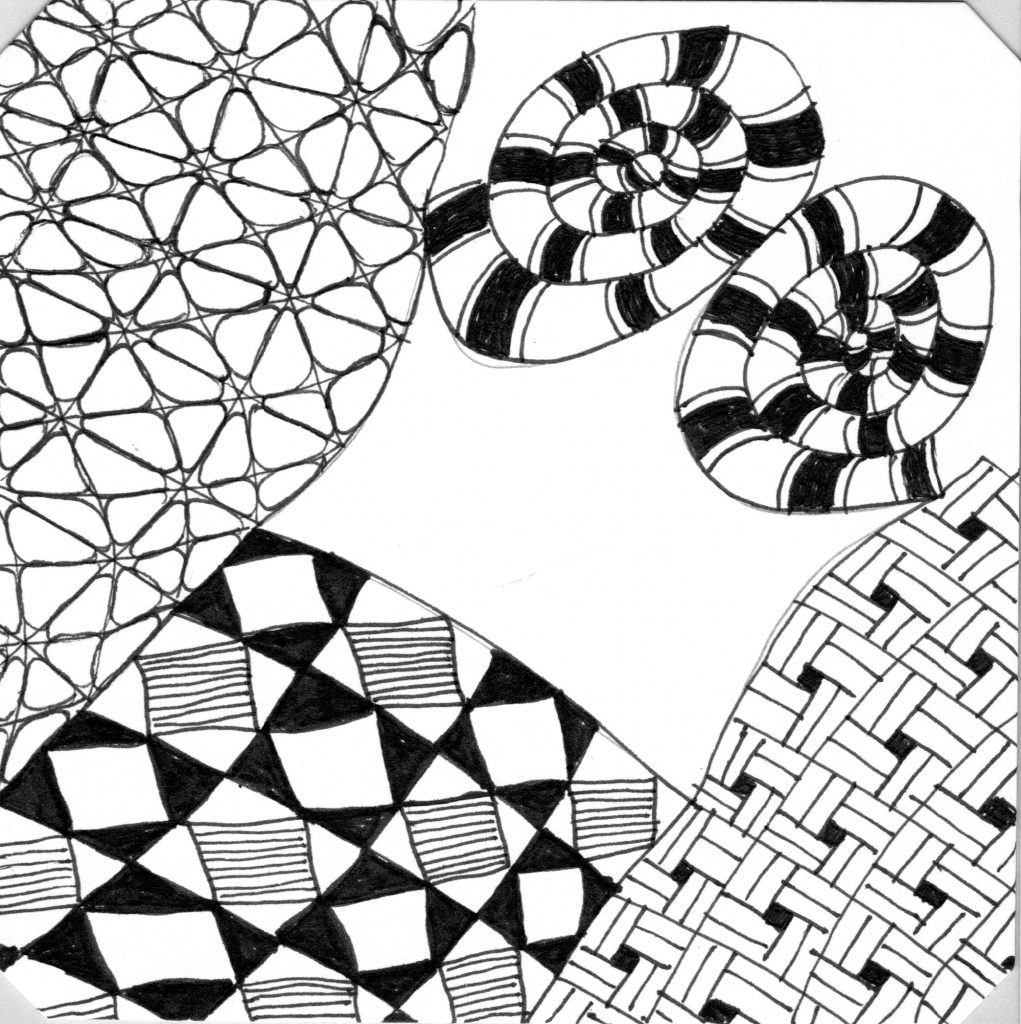 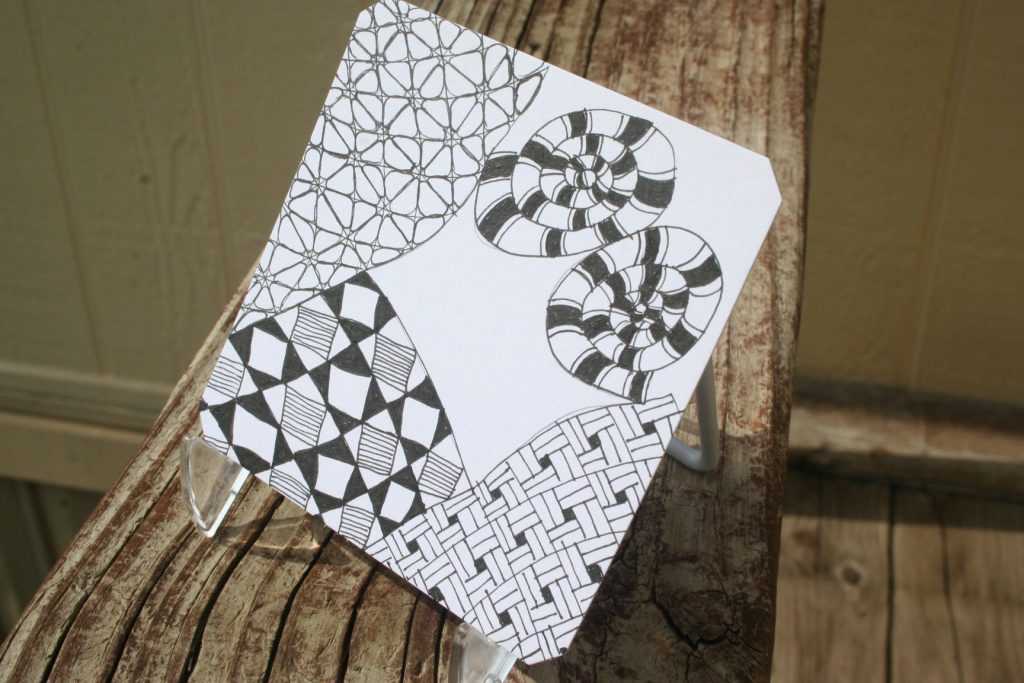 Then I did some shading. Here is the finished tile, first the scan, then the picture I took outside in the sunlight. 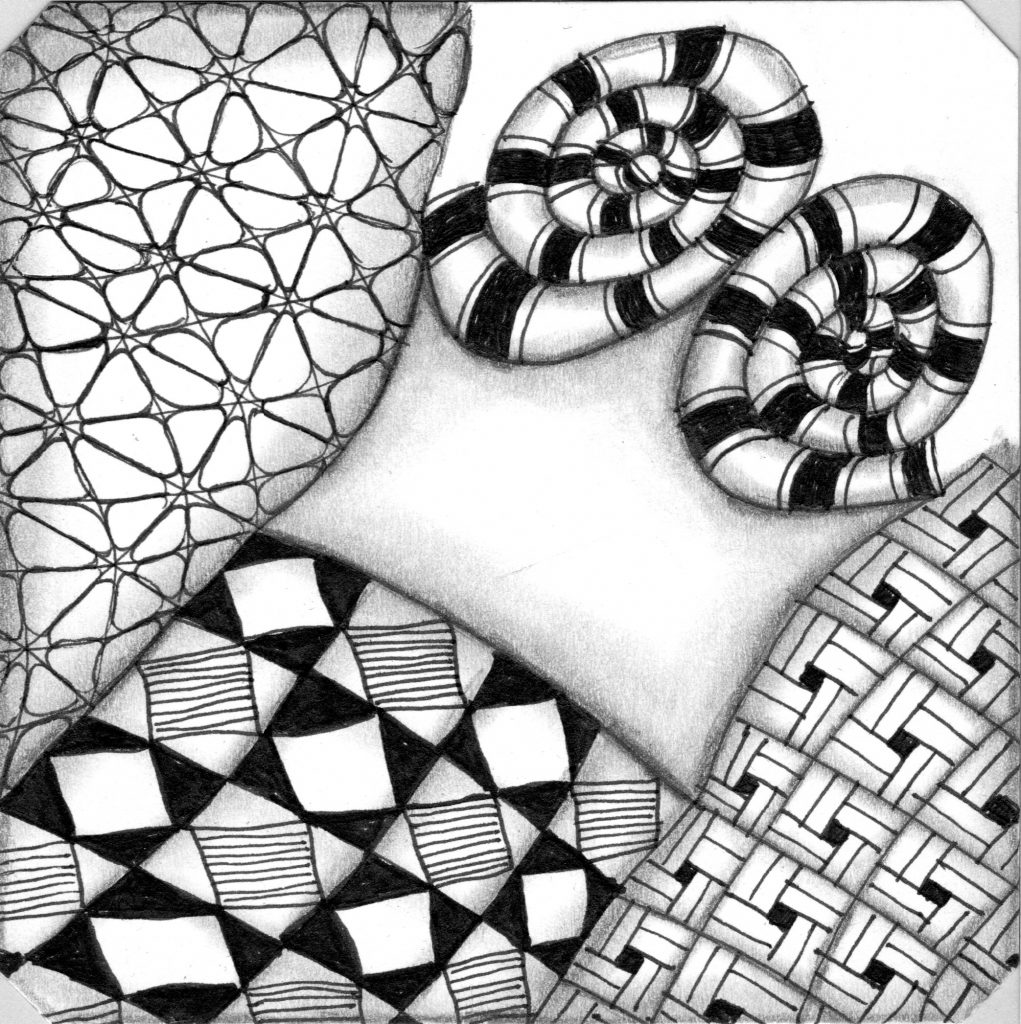 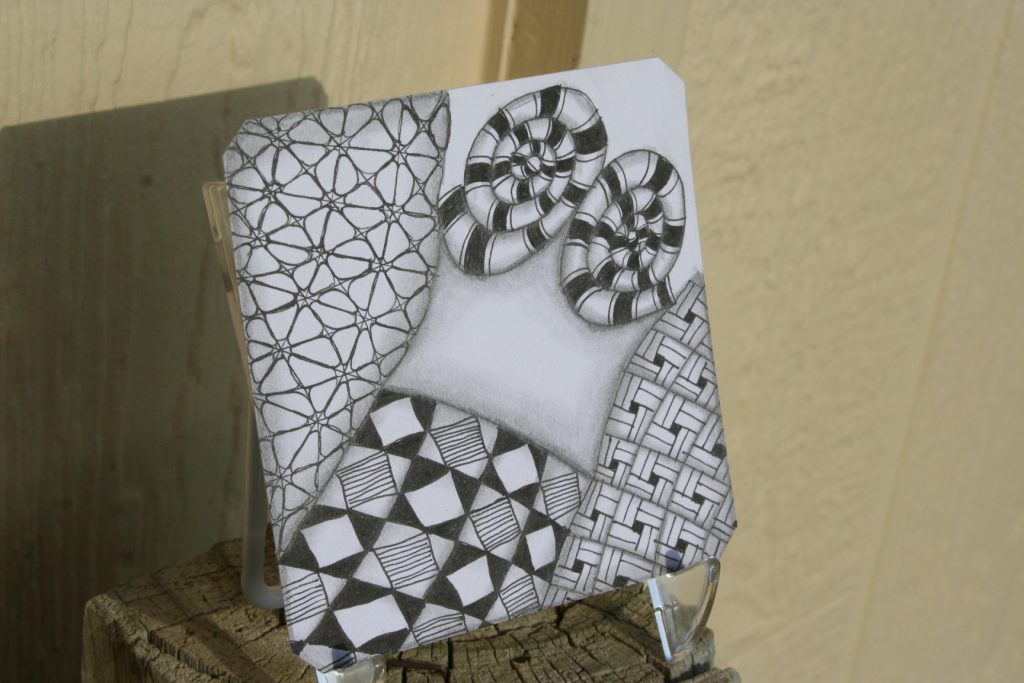 Each of these tangles are super simple; anyone can do it, really.

Thank you for stopping by. I hope my endeavors encourage you to give it a try.