After the first of the year I bought a Ninja Foodi with some Christmas money I had left over from my Christmas fund/budget. I’m enjoying learning to use it.

One of the things I made in my Instant Pot was carnita meat. I don’t say carnitas because we don’t serve it in tortillas. We just eat this delicious meat with caulirice and a salad.

I would get one of those huge pork butt roasts at $1.49 a pound (which I thought was a good deal until I found it nearly fifty cents cheaper a pound later); when I say huge, I mean it was about 10 pounds. I’d pressure cook the sucker for four hours or more. Then I’d shred the meat and package it into about three or four baggies and freeze it. When I fixed it for dinner, I’d thaw the meat and then heat it in a cast iron skillet with some oil and make one side very crispy . . . LOVE that crispy meat.

I went to Cox Costsaver and got one for around $1.00 a pound or so. I couldn’t fit that sucker in a gallon size baggie, so I cut it up to make it fit.

When I first started shopping at WinCo they had that meat for like 99¢ or such, so I bought another one. But this time it was two roasts in one combined package. I asked them to cut it into three or four smaller pieces for me. That was a wonderful decision. I didn’t have to cut it myself and they have the ability to cut through the bone, when there is one.

Since I had this meat in a more manageable size I looked online to find a recipe in the Ninja Foodi. Oh my! I hit the jackpot.

Here’s basically how to make it: 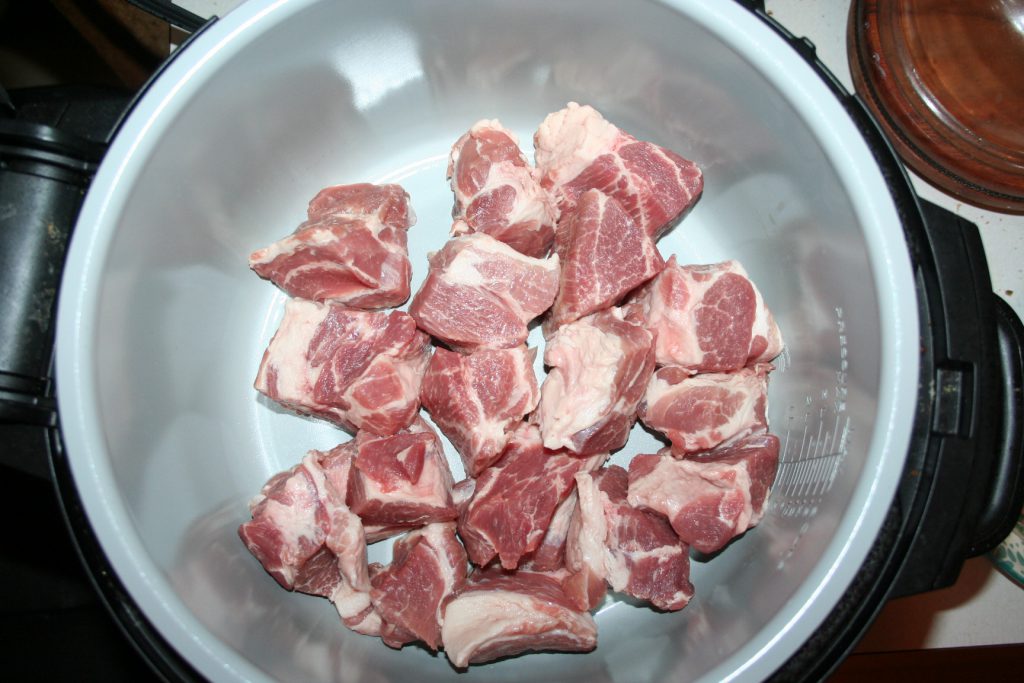 Add 1/2 cup broth, an onion, and 6 crushed garlic cloves ( I just gave them a good whack with the side of my knife), salt, cumin, and oregano, and pressure cook on high for 20 minutes, then do a quick pressure release. Turn it on saute and simmer to reduce the juices for about 15 minutes. 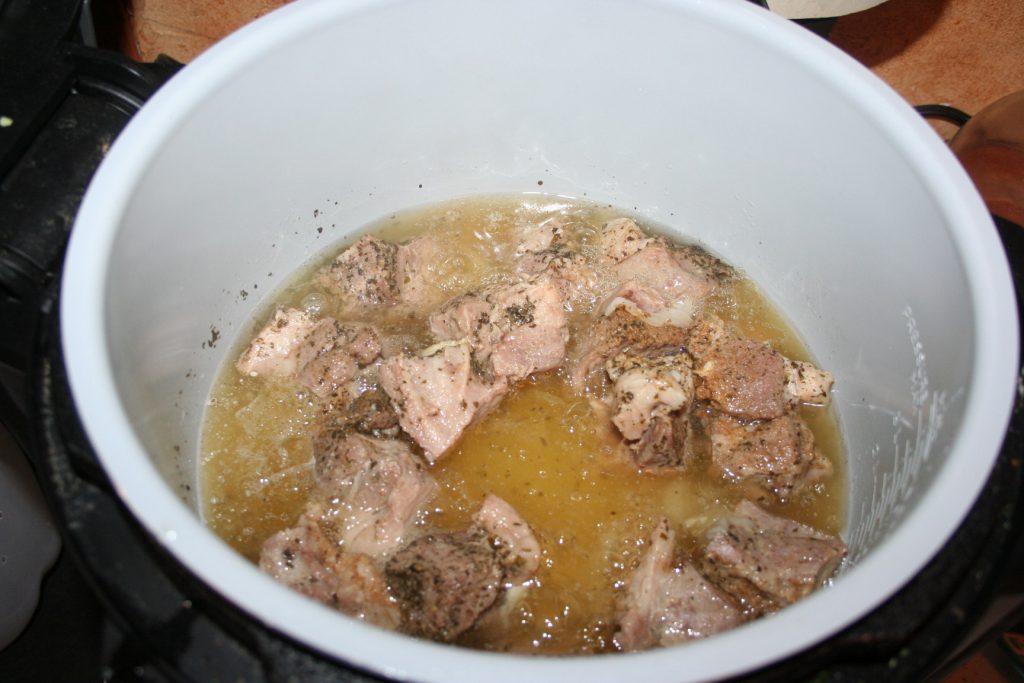 I was concerned this time that I didn’t let it simmer long enough but turns out that I let it go a little too long.

The next step is to lower the crisper lid and broil for 8 minutes. 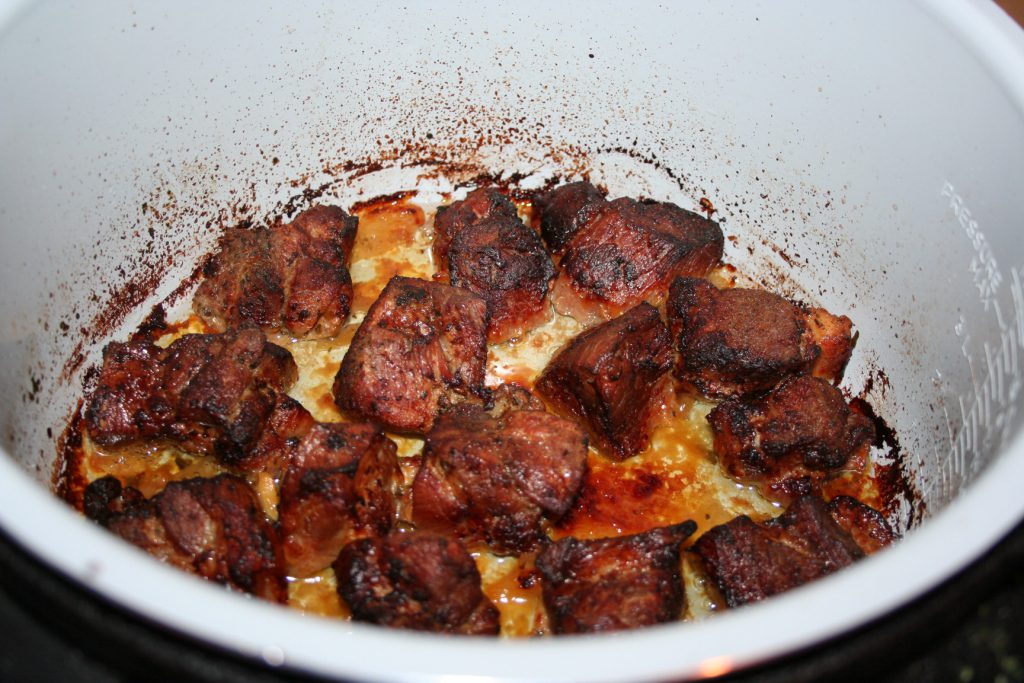 Now would be the time to shred the meat if desired but we just like the cubes. 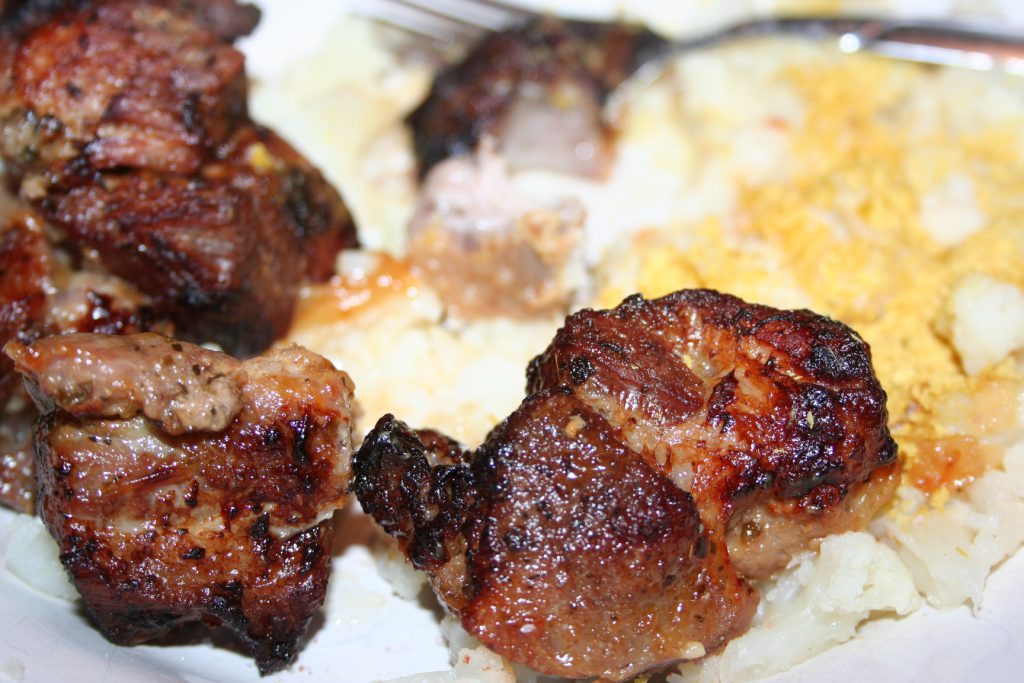 Head on over to the original website where she has a video of it too. She includes an orange but I don’t use it but then again, I’ve never had carnitas before fixing this at home either, so I don’t know what I’m missing.

I hope you enjoy this. Next time I make it, I’ll share how I make my husband some with other meat.