Last week I showed you that Michael had cleaned up the chicken coop in preparation for goats and chickens. What I didn’t show you was what was growing in the fenced pen. 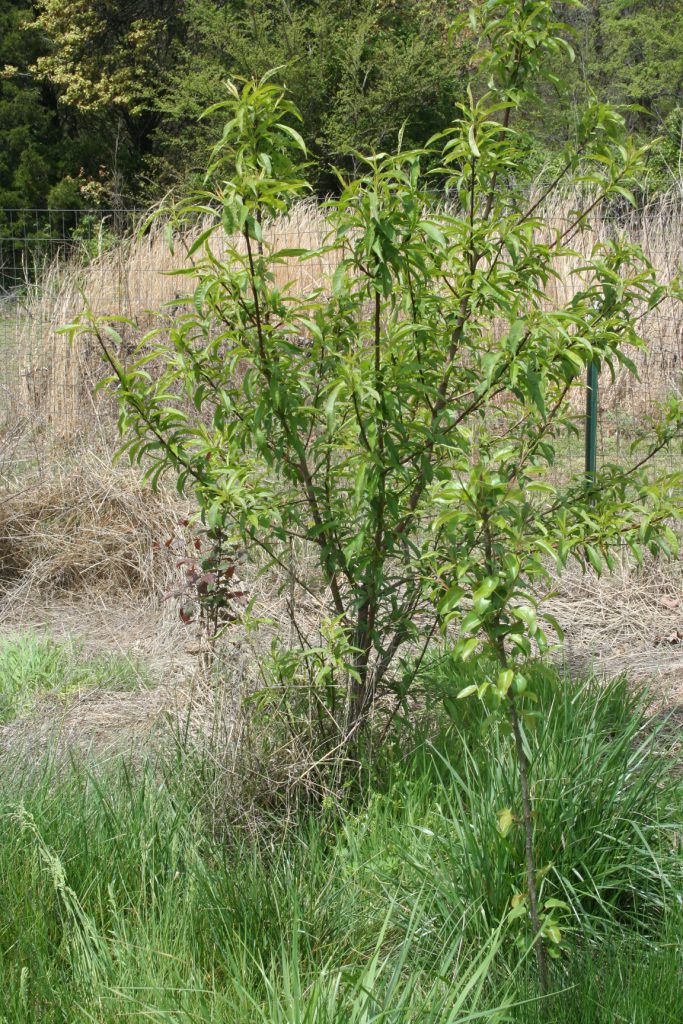 Yep, some kind of tree. There are a couple others that aren’t nearly as grown as this one but they seem to be different kinds. Hmmm, I wonder what they are. Also the grass has really grown in there. It was completely decimated; I mean dirt! Well there is enough for them to snack on now. 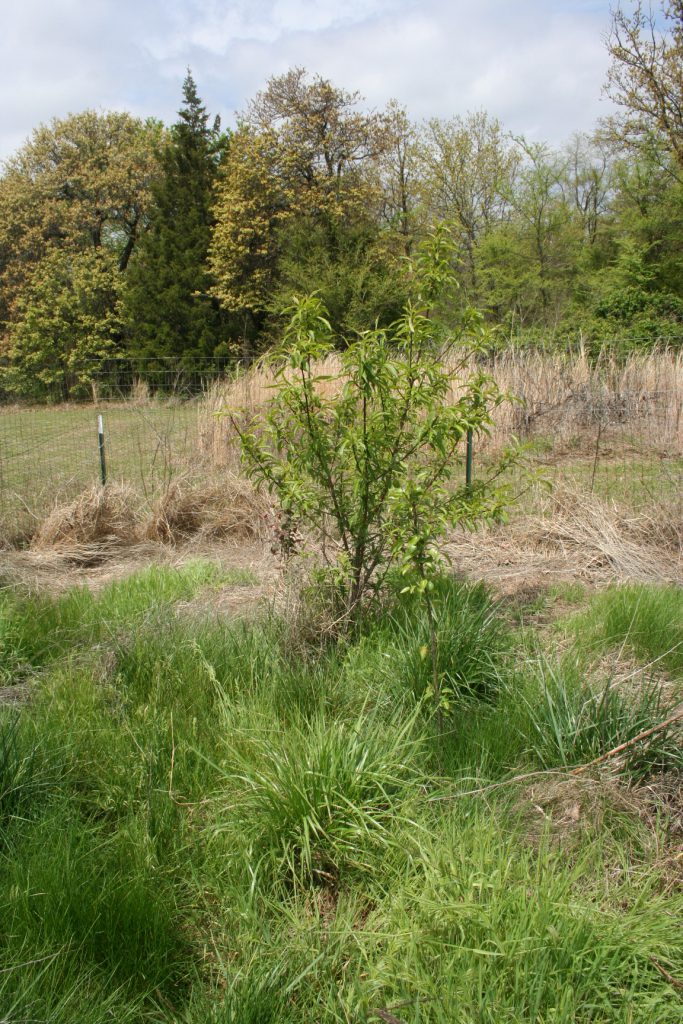 We had Australorps last time and really liked them. Tiffany found there are some nearby (realizing that when you live in country most things are 20-30 minutes away) for sale. We’d like to have a couple of them. Then she found some very inexpensive Cinnamon Queen hens nearby but in a totally different direction. However the Cinnamon Queens are a third the cost of the Australorps, so we’ll get two to three of them. Then Tiffany has wanted an Easter Egger, which lays different colored eggs, since she first started researching chickens years ago and has found some not far from the Australorps. The Easter Egger is more than even the Australorps but within reason, so I think we may get one, which will be fun.

This is Stache. He is just regal. 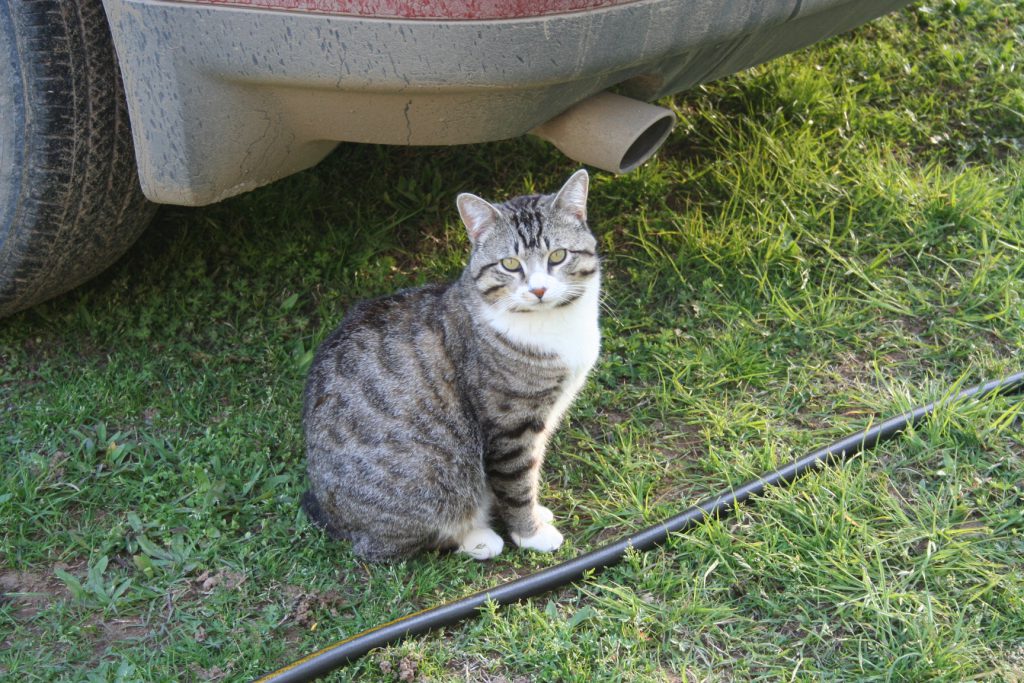 He’s not the friendliest of our cats but he is getting better than he was. 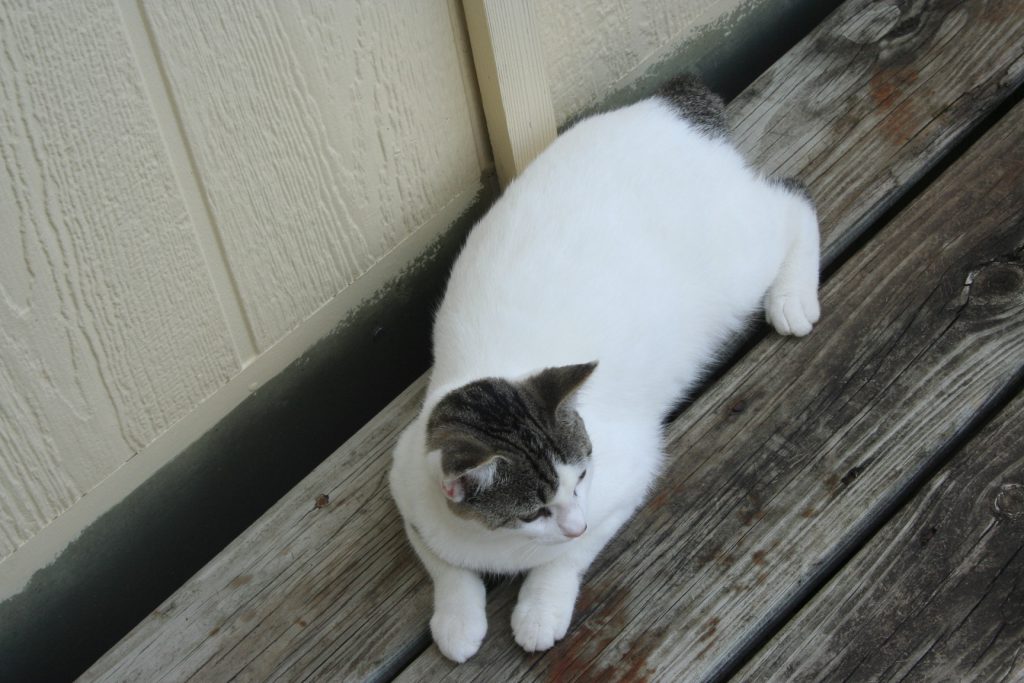 She has no tail. It used to bother me but she is such a sweet, lovable cat that I don’t mind anymore.

She had kittens about three weeks ago but she did not have them near the house, so we hadn’t seen them. She finally brought one to the porch this week. 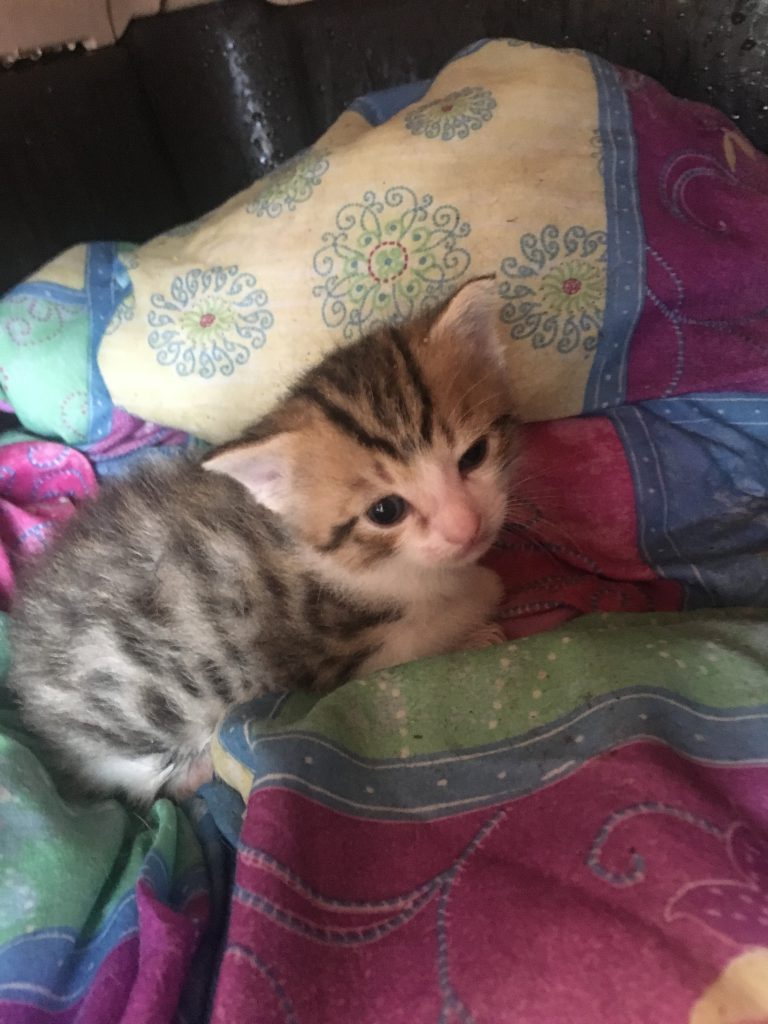 She let Tiffany pet it. Of course, she took it away again; we think it might have gotten wet inside with all the rain we got the other day.

The black lab that adopted us last fall (first we named her Skylar and then changed it to Sofi, which she responded to much better) started barking throughout the night and thus keeping Tiffany from getting good sleep for the better part of a month. This was just too much for any of us and we decided to put her on Craigslist to see if someone would take her. 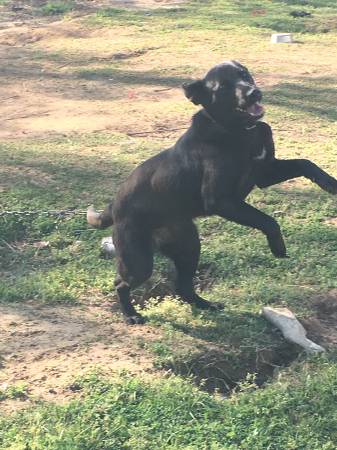 She  really helped Sasha, our over ten year old Blue Tick Heeler, get rejuvenated. The old girl really livened up a lot. Nothing like a pup that wants to play to get the old maid up and moving a bit more. 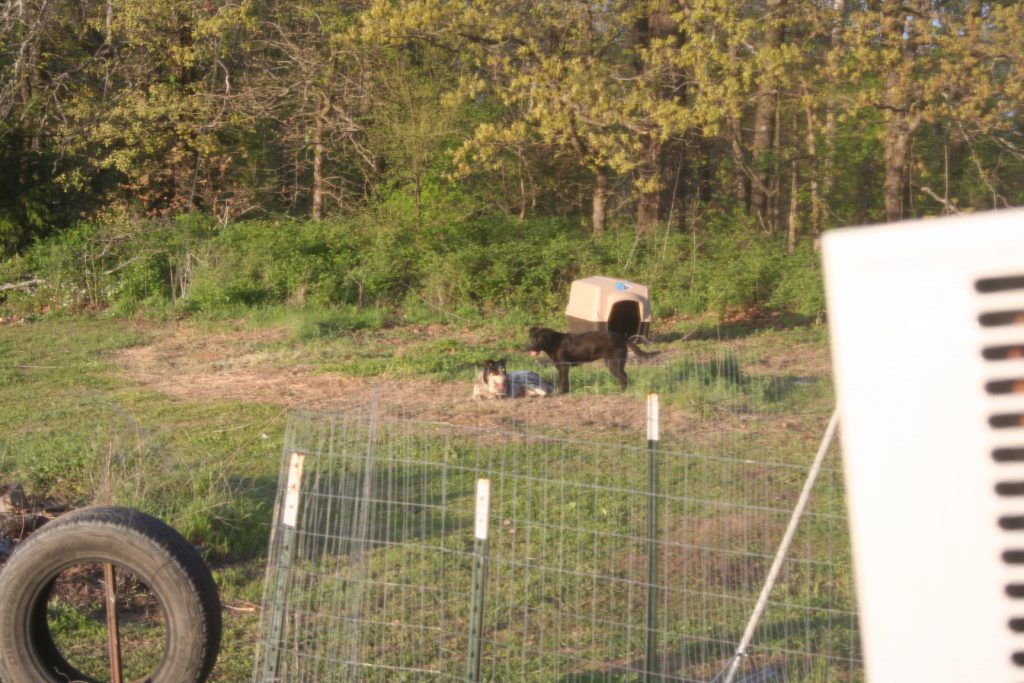 (I tried to crop these pics once I’d uploaded them but for whatever reason they didn’t want to stay cropped. Ugh!!!)

Within a few hours someone contacted Michael; he said he had adopted three dogs from rescue and at some point someone had opened the backyard gate and they all ran away. He said Sofi would be welcome in the house too. We know she will love that. She really is a lovable dog but just needs more attention than we can give her and we could not have her in our house.

Michael said she did NOT want to get out of the truck when he got there so he pulled her out.

I asked him to snap a picture and he did. It seems that she will be good with him. One thing is for certain, she will not run away, even if the gate is opened. LOL She is super loyal and knows when she has it good. When she got off her chain here, she’d only go play with Sasha, chase cats (and get clawed sometimes), and come to the front porch. Ultimately she’s going to be much happier there than she was here.

It’s really sad when people abandon animals. Living in the country it happens all the time. People think the country is a good place to abandon unwanted animals that at least they’ll have a chance at a good life, better than the pound. But what they don’t realize is that we get the animals we WANT. We don’t need to have animals adopt us just because we live in the country. My neighbor has taken in lots (and by lots I mean dozens) of dogs because they have kind hearts but even they don’t really want them.

Well, I’ve rambled enough for one day. I hope you have a good weekend, I will. We are celebrating my birthday very soon!!! Yay!!! I get new art supplies and stuff!