Ramp up the flavor of your regular salad with this secret ingredient. 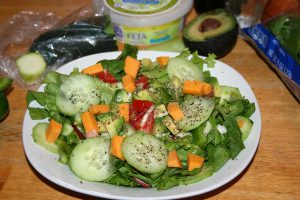 Until recently, I have not been a fan of salads. You know, the normal kind with mostly vegetables. I thought the reason I really liked salad wraps was because of the bread but then one day I realized that I add salt and pepper to the veggies on my wraps. So I tried an experiment: on my next salad I added salt and pepper. I was amazed at the difference it made! Honestly.

I have rarely seen anyone add salt and pepper to their salads before. It really ramps up the flavor, making it taste so much better. If you don’t already do this, you really must give it a try. That is my BIG key to a good salad.

The other key to a good salad is lots of veggies, as in variety. It doesn’t matter if you really care for that veggie by itself, a little bit of it in amongst all that greenery and other varied veggies and such will hardly be noticed. 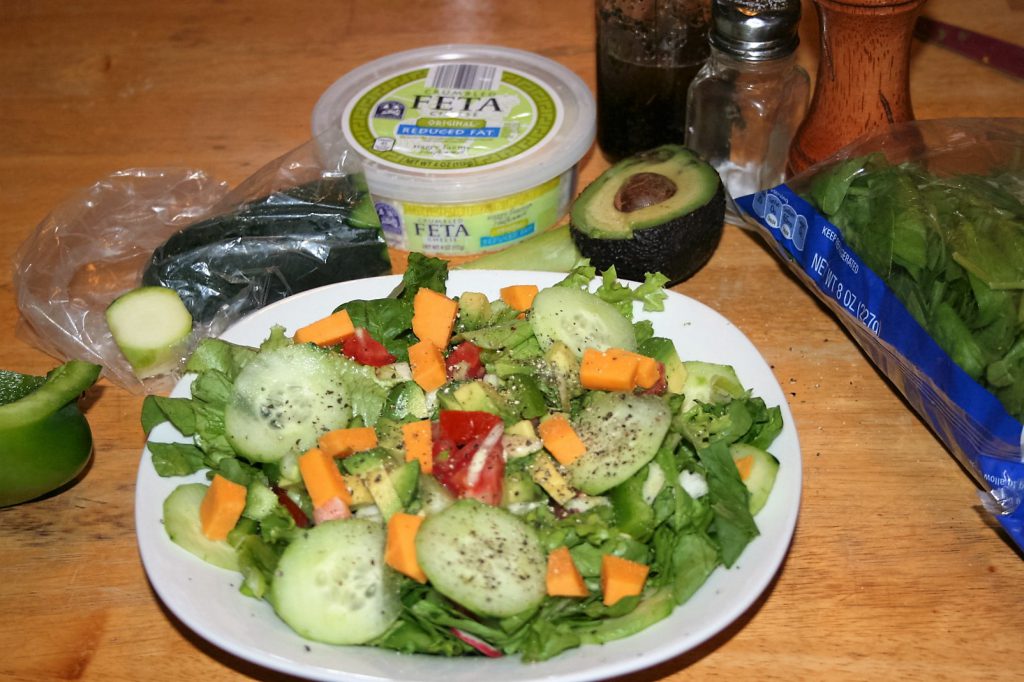 For this salad I had about 2 cups of green leaf lettuce and spinach combined. Then I added a small tomato diced, about an inch of a cucumber sliced, about an eighth of a cup of diced green pepper, half of an avocado diced, about an ounce of cheddar cheese cubed, some bits of zucchini I had left over from the other night’s dinner, a few sprinkles of feta cheese, and some sunflower seeds.

I seasoned it with some sea salt, freshly ground black pepper, and some homemade dressing. Several years ago I got this dressing bottle that has several dressing recipes on it. We chose the one made with balsamic vinegar, but we changed it from what it said because it called for 6 ounces of balsamic vinegar! Yep! Six ounces. We are not that big of fans of any vinegar. It only called for three tablespoons of olive oil. Well, that will never do.

It also called for ground thyme which is not a flavor we like, so we simply omitted it. It also required ground oregano but we did not have that, so we used the dried instead.

The funny thing about this dressing is that even though I shake it a lot, there still ends up being a lot of herbs and vinegar at the bottom. So I just add more olive oil and shake, shake, shake. 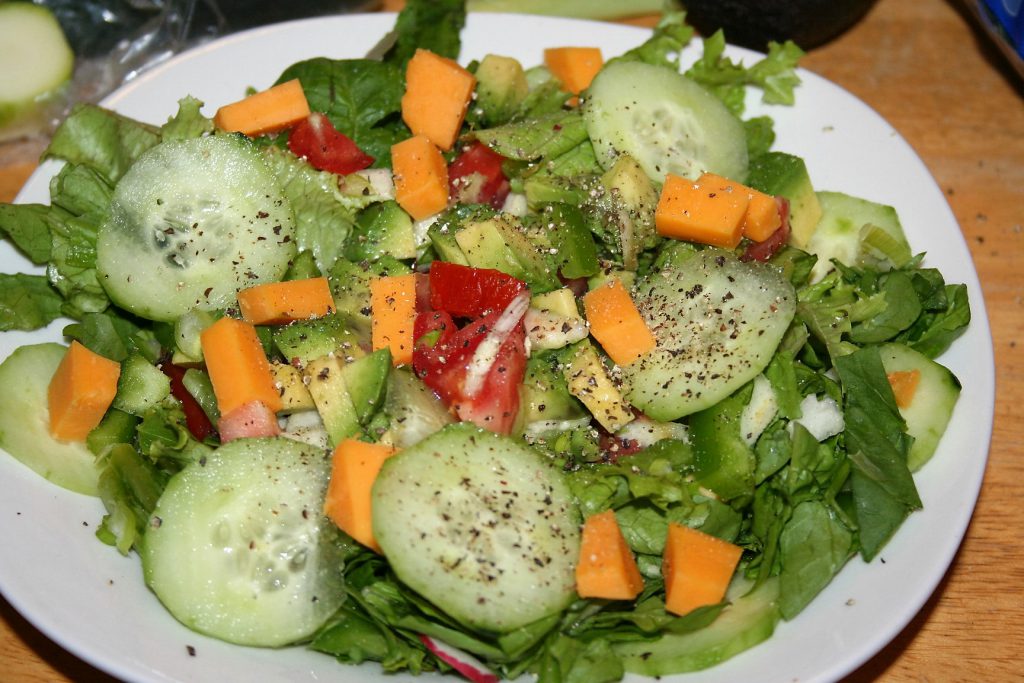 I’ll include the recipe in the ziplist form for future easy reference.