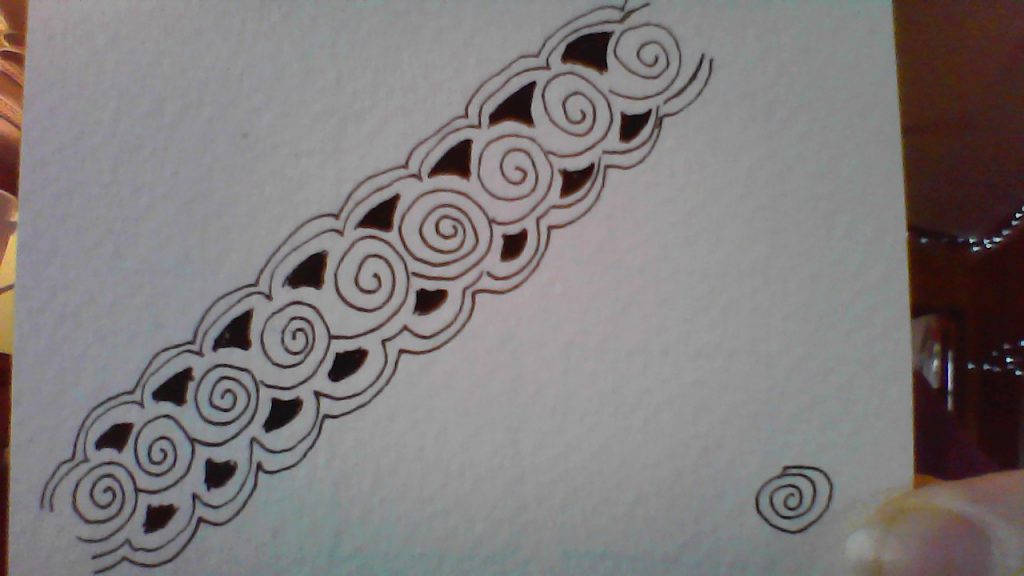 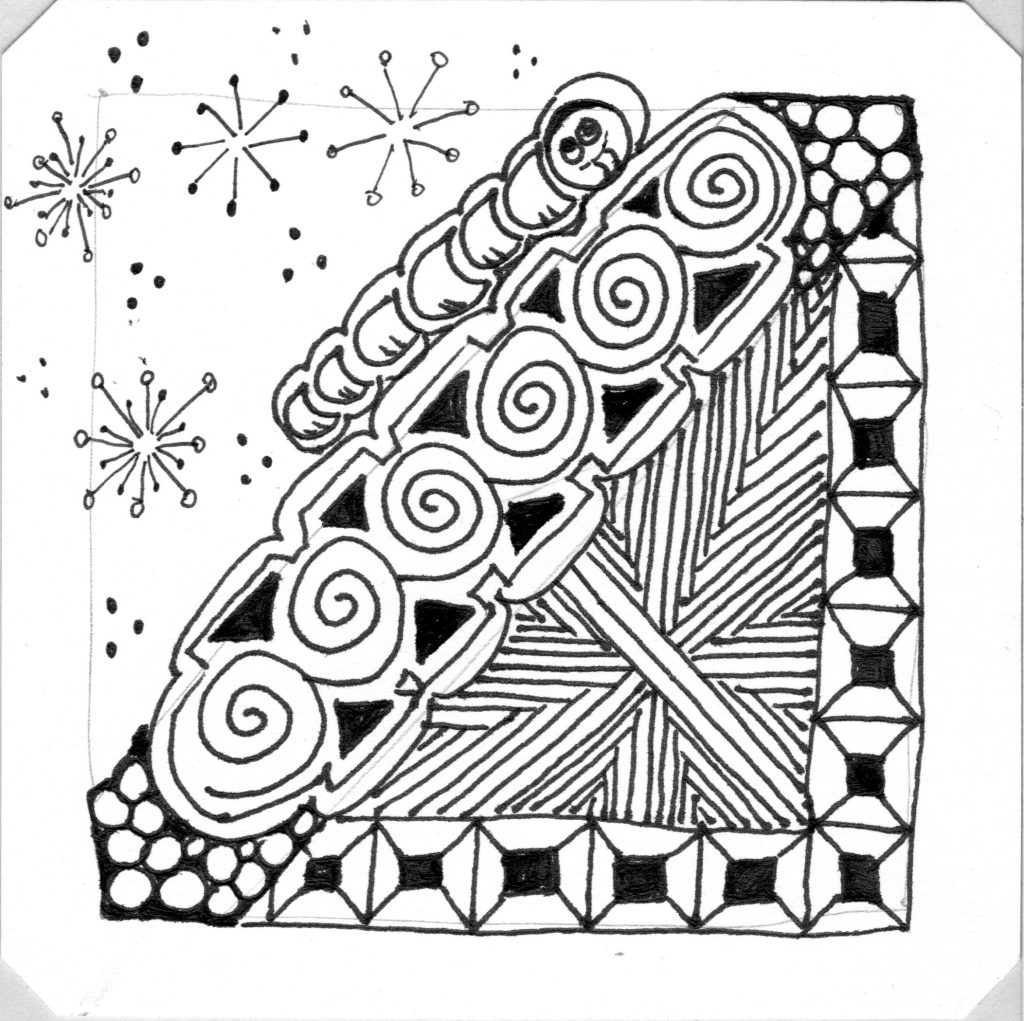 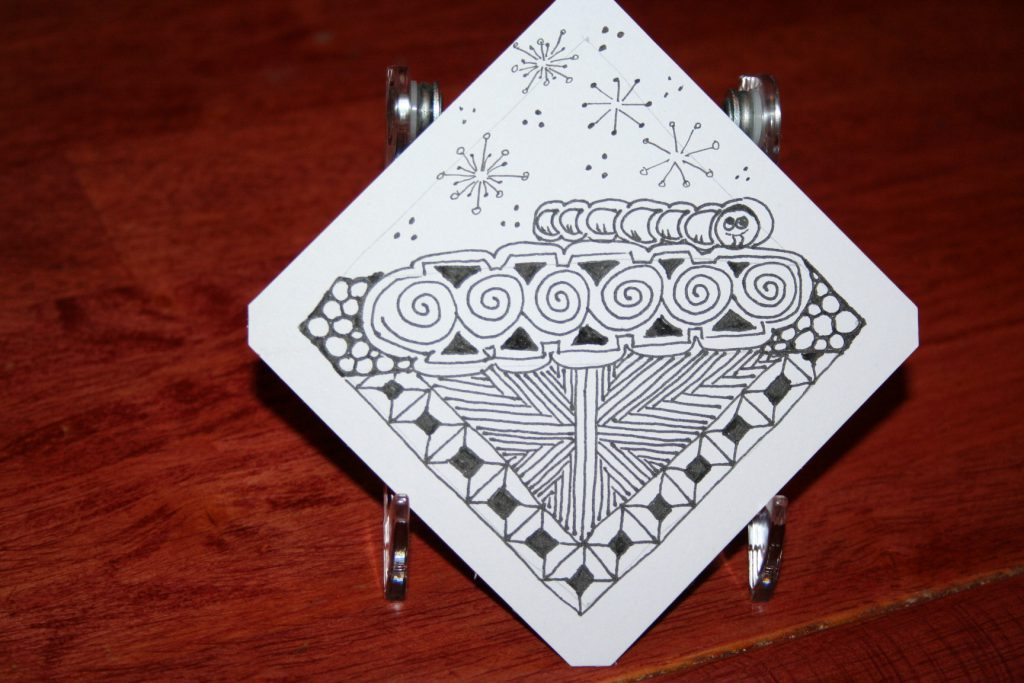 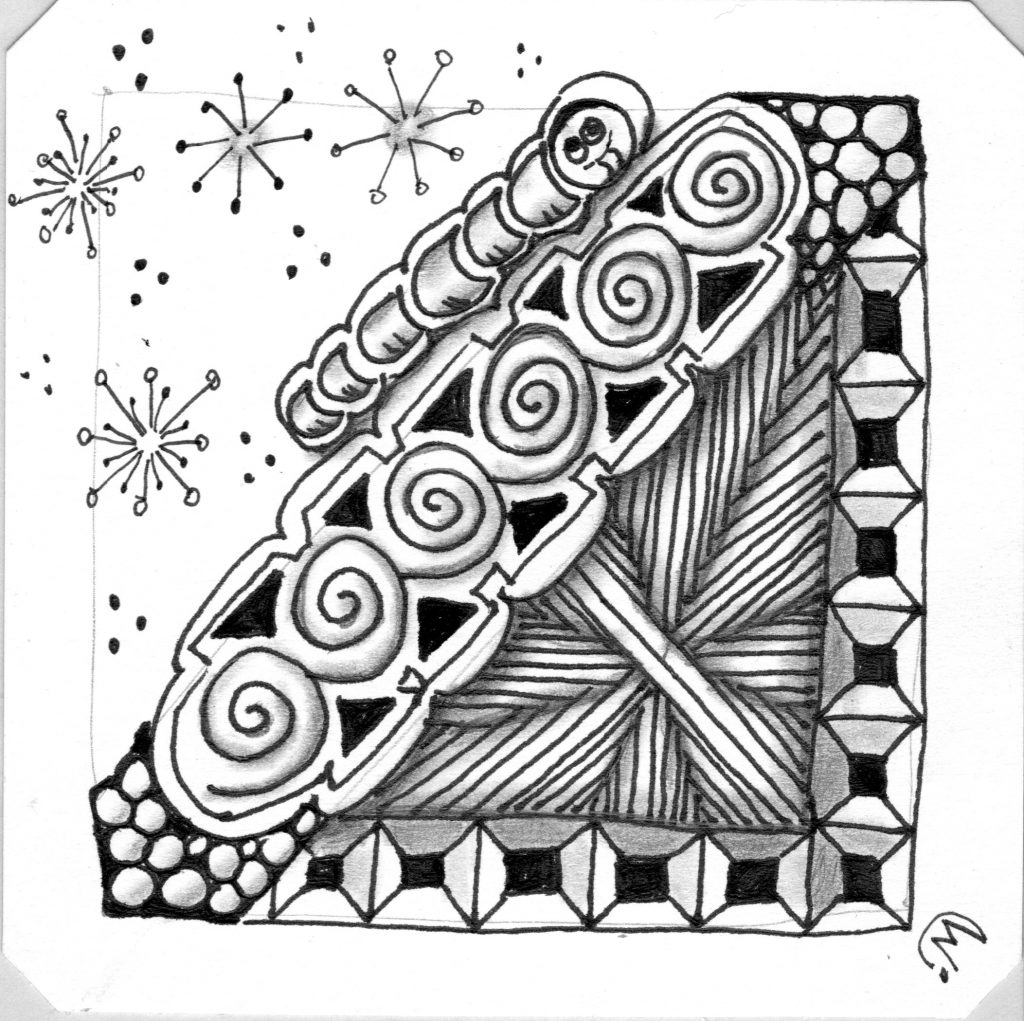 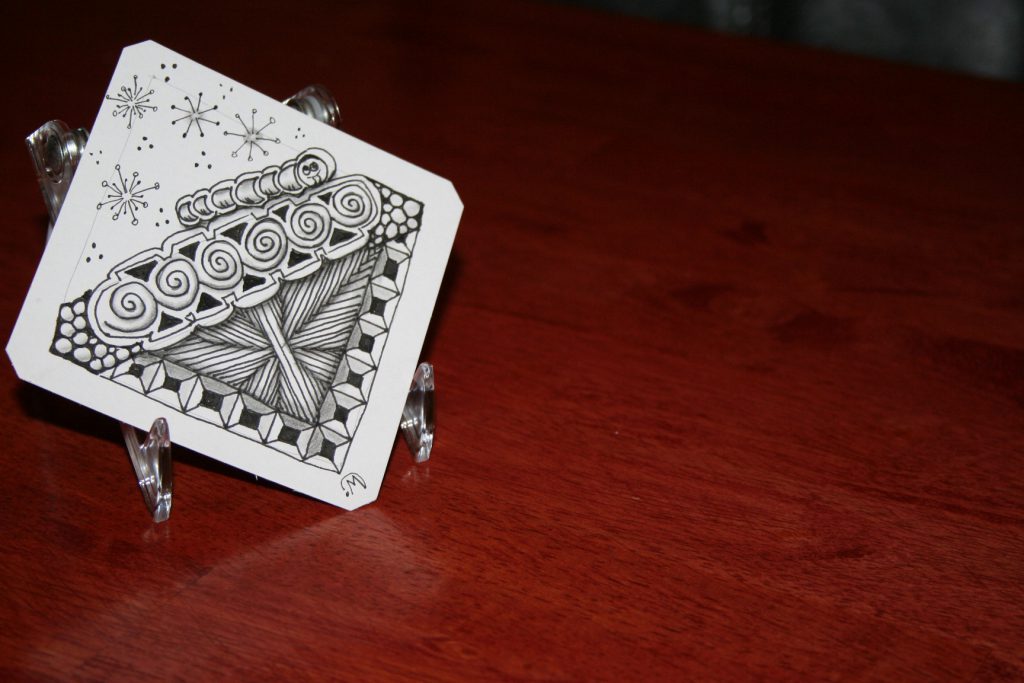 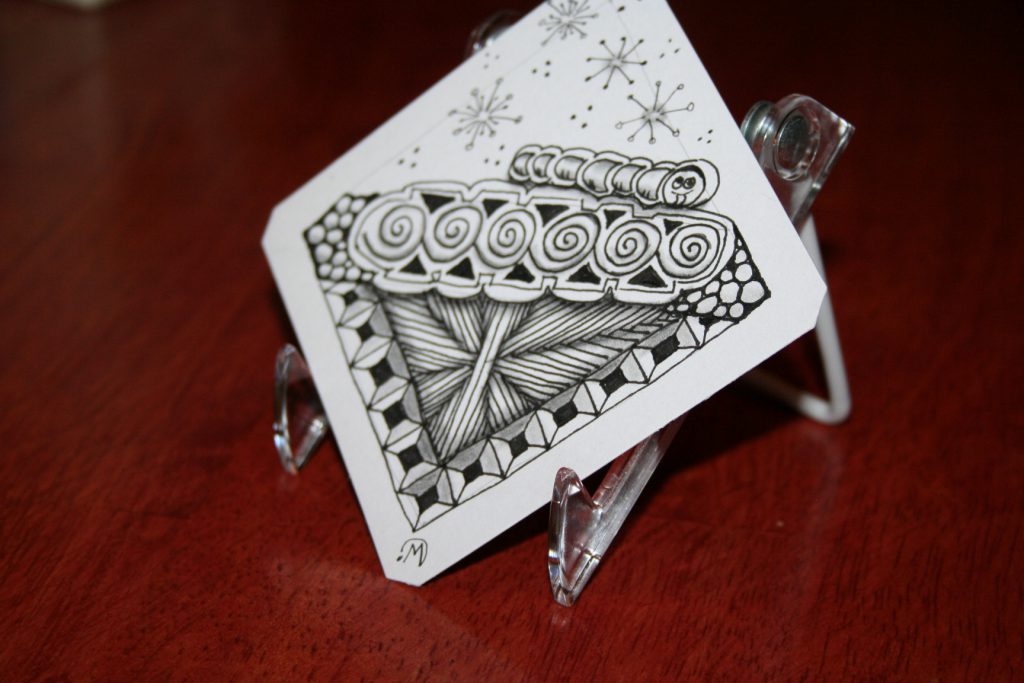 I’m participating in the prompt (# TTKICPROMPT112519 )from Today’s Tangles: Keeping it Classic facebook group again this week. The instructions were to do the four corner dots and border lines then to draw lazy s shapes from the center.

From the list of tangles to choose from I first selected Nipa. I really like Nipa and don’t use it often enough, so I was happy to play with this one. Next I picked Rain for it’s big contrast; this is another tangle I don’t use very often but because I am not that great at auras, it is not a favorite but I do like it.

After that I Ahh was my choice and I had my eye on Zinger too; so I incorporated them both. Then Eke and Echoism caught my eye. I find them to be very similar yet completely different.

At first I thought I’d only add one of them but opted to add them both. I think this time around I like Eke better as it reminds me of a strand of Christmas lights.

So here is my tile, scanned, before shading. 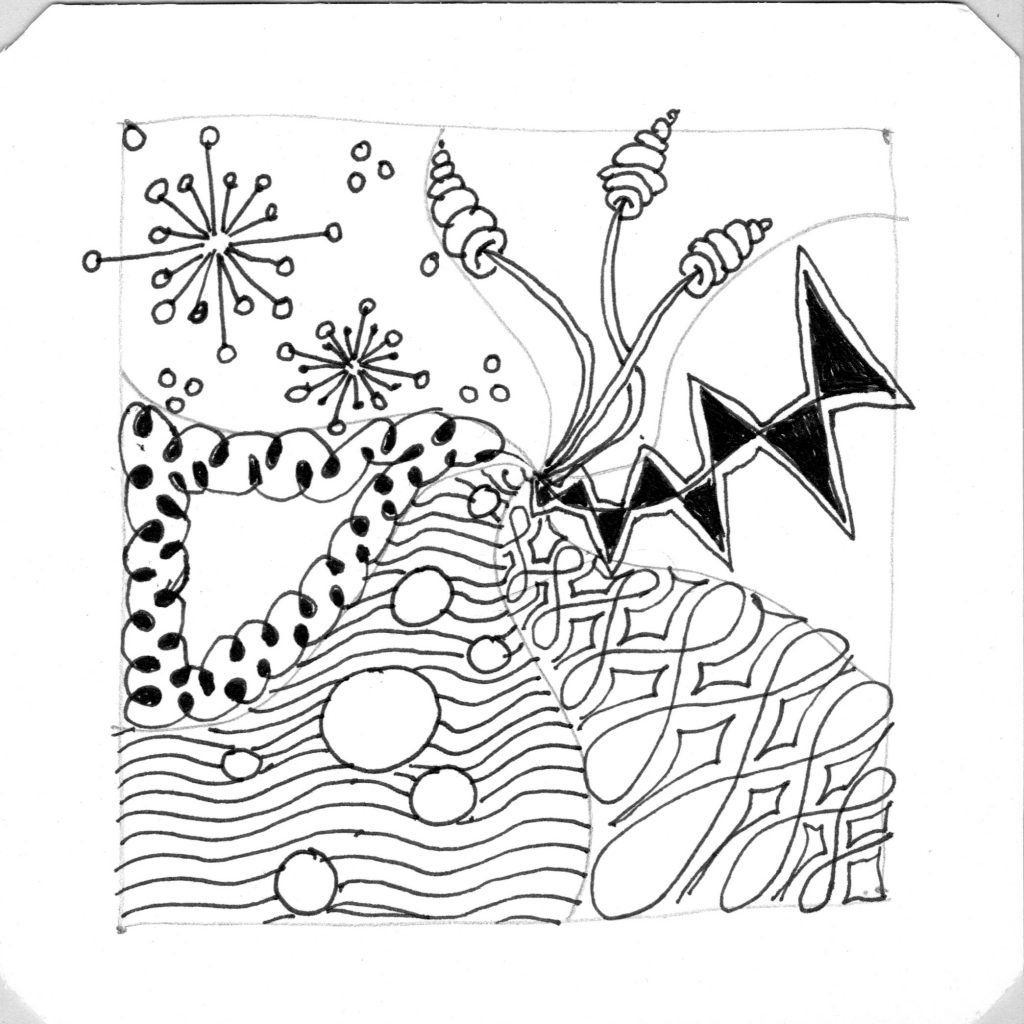 And here is a picture taken outside in natural light, although it looks a bit overcast but it really wasn’t. Odd. 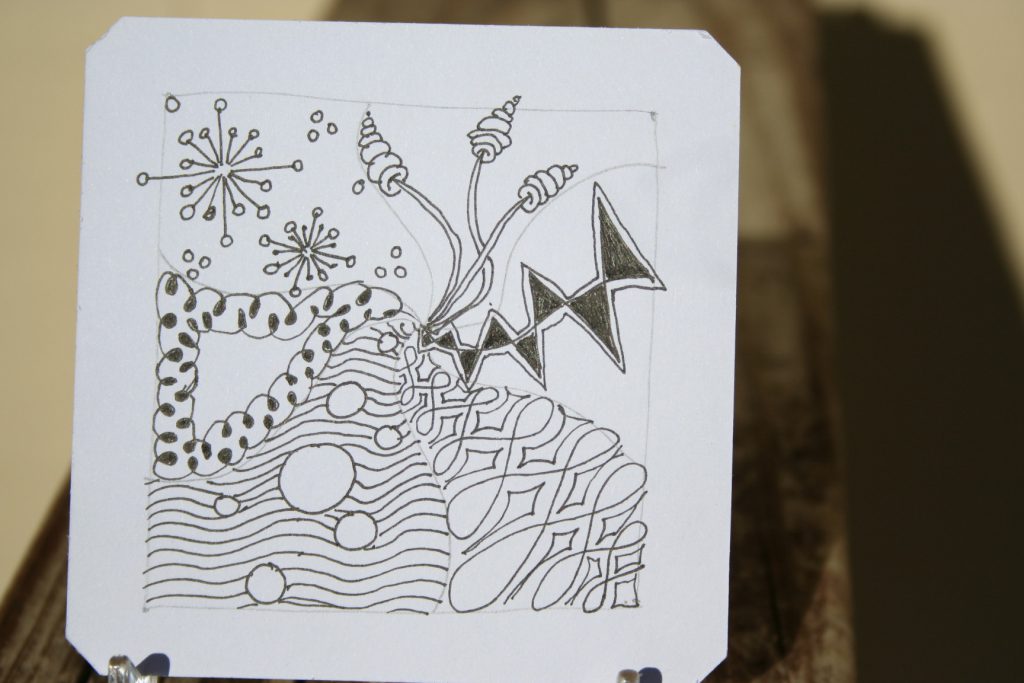 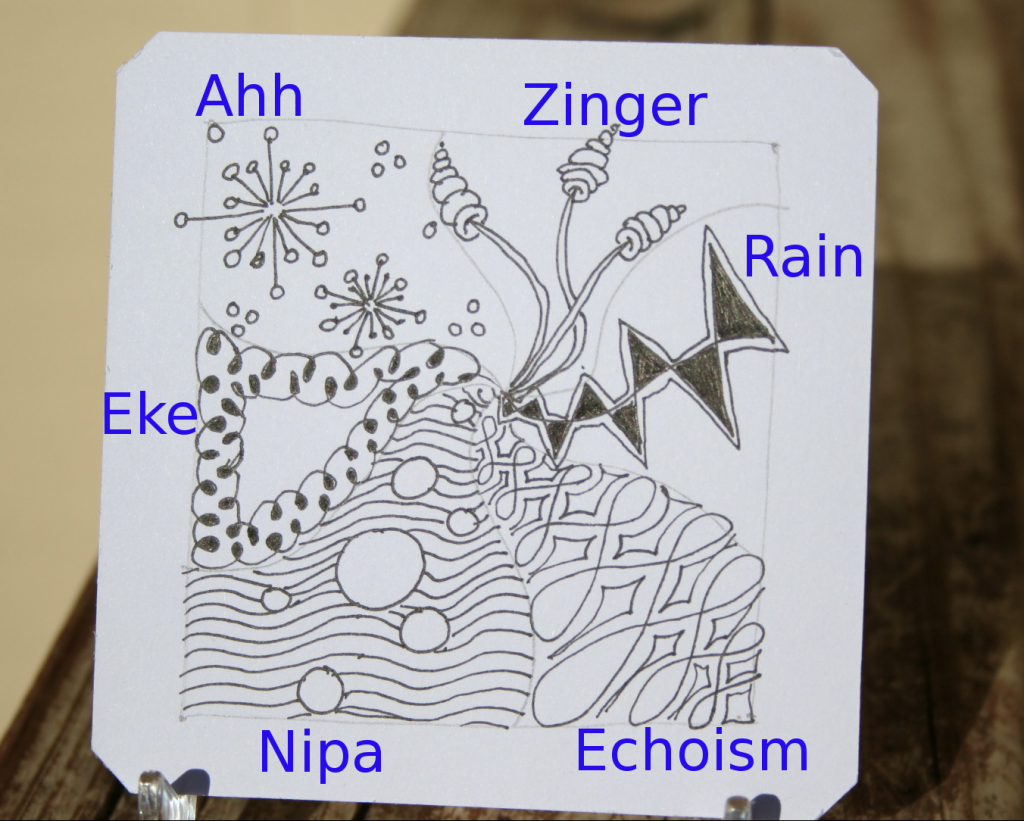 And here is the scan after I shaded it. 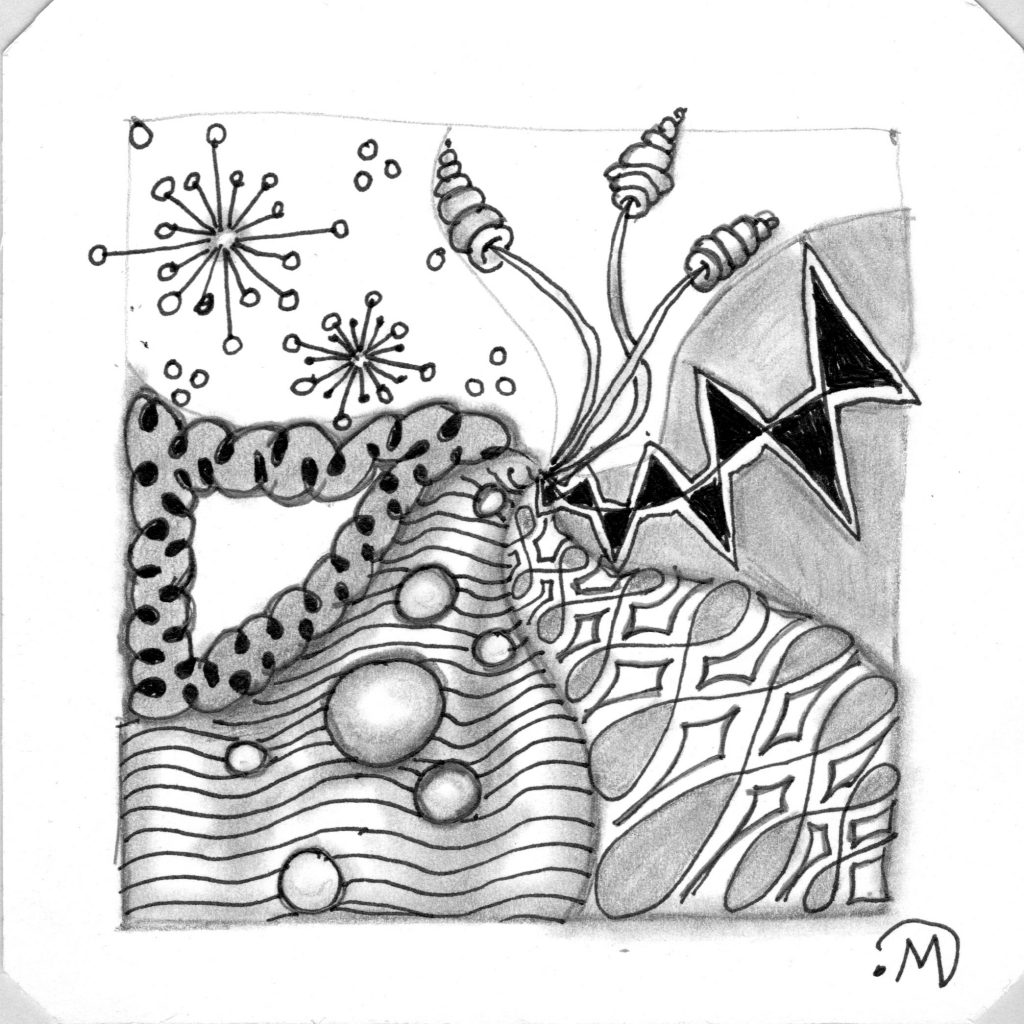 And now pictures taken inside because it got dark before I got around to photographing it. 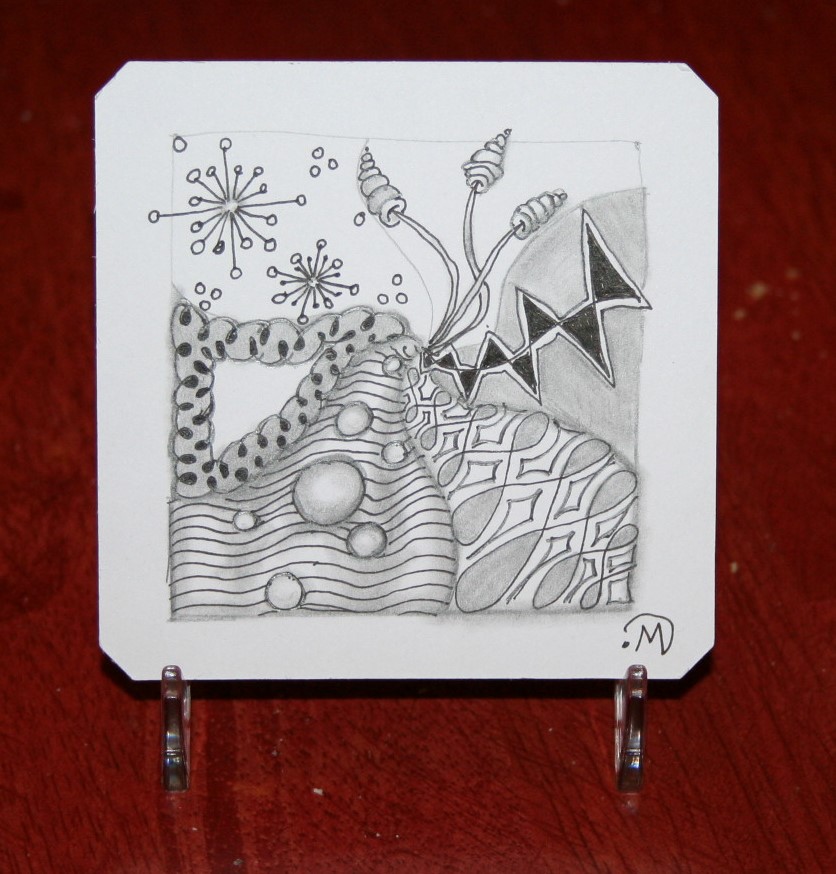 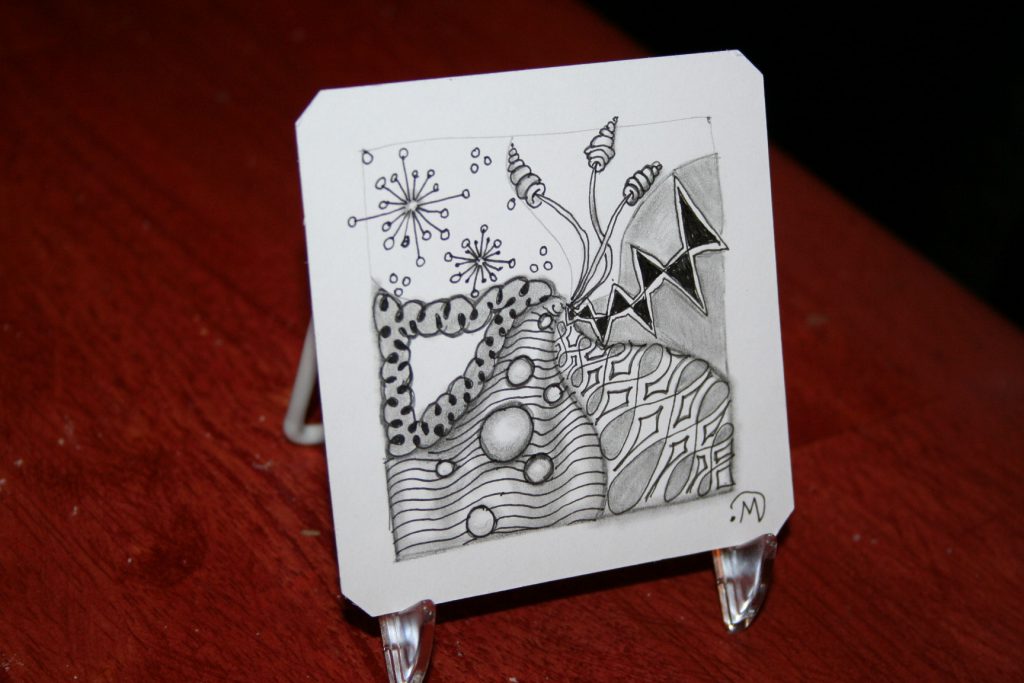 I hope you like the tile. It was a fun one to do. I’m hoping to do some painting this holiday weekend. I don’t know if I’ll do the next episode of Bob Ross or redo the black one. I really want to have a good black one but I’m not sure I can accomplish it using the acrylics. I may try to do a smaller one; I just don’t know.