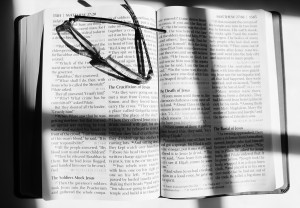 Sometimes there are things that you and your spouse go through, where all you can do is pray for him. You cannot give someone else your faith in or for something; he has to get it for himself. It doesn’t matter how sound my belief is about a matter, I cannot transfer it to anyone, no matter how much either one of us would like it to happen.

Unfortunately prayer tends to be our last resort, when it should be the first thing we turn to. Prayer really works. It works especially well when both partners make God a priority in their lives. Don’t get me wrong, prayer also works when you are the only one putting God first in your life. It is just so much easier when you both do so.

Recently we had a situation arise. Mike felt frustrated by it and I tried to put him at ease. But it soon became apparent that I was not helping matters, so I resorted to prayer. At least I turned to prayer much quicker than I have in similar situations in the past.

Happily, I can report that Mike came around very quickly.

Now, I did not make a big show praying for him. I merely prayed a silent prayer as I continued doing what I had been doing already. It really doesn’t take much to quietly whisper a prayer while doing whatever activity you are already doing be it washing dishes, sweeping the floor, or folding laundry.

I encourage you today, to whisper a silent prayer any time you find yourself in a situation where you could use a little more grace to get through it or a faith boost to truly believe that what God promised, He will do!!!