Y’all are sooo encouraging . . . thank you Christine, Annemarie, Maggibee, Ulrike B, Lily, Suzanne, Donna, LonettA, Karen Lynn, Sarah, and Antonine for taking the time to leave me comments last week. Thanks also to the two people that clicked the heart icon.

I really enjoyed doing the zendala and intend to do more in the future, thanks Annemarie. Suzanne, thanks for the tip on using the 4B pencil for a lighter string line when tracing; I’ll remember that for next time. Karen, I thought the 3.5″ tile might be a bit small feeling for this but knew that if I were going to share it on either Facebook group I’m a part of it would have to stay on the official tile size. I wonder if I could print on watercolor paper. Hmmm,  good thoughts for the future.

Unfortunately I was unable to share my zendala tile with the facebook group I mentioned last week because I traced the string.

I understand though. If they let me share mine with the traced string then it opens the door to others sharing tiles with all kinds of traced strings, which isn’t what that group is about and is the very reason I asked before posting.

Back in March, I joined a challenge to tangle the books of the Bible. I did Genesis and started on Exodus. I picked the tangles and settled on Showgirl for the last one. I practiced it in my drawing book a few times and couldn’t seem to get it to look right. I was afraid I’d ruin the ZIA so it sat until I practiced it some more or settled on a different final tangle. Well last week I finally worked on Showgirl a bit more and finally managed to make it look decent, so I put pen to paper once again and bravely drew the tangle in the allotted space. Then all that was left was the shading.

Here it is, at long last. 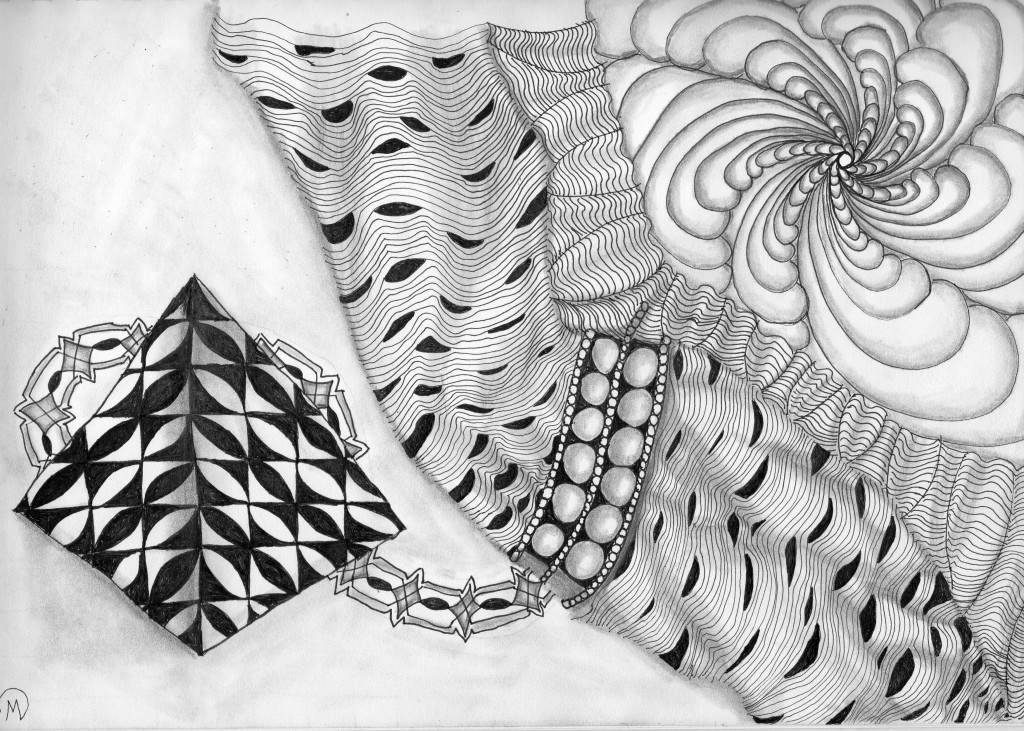 When I drew in Showgirl today I forgot to leave some space at the top of the page so that when I scanned it I wouldn’t lose anything. So now Diva Dance and Undling aren’t quite up far enough on the page. :\ Oh well! I really like how Showgirl looks, so the other just won’t look finished because I am afraid to touch the other parts now.

I’ll just be happy with it the way it is.

The book of Exodus is about the twelve tribes of Israel (the Jews) being released as slaves in Egypt, crossing the Red Sea, coming out the other side and God giving them the laws and  we find out in another book that they wandered in the wilderness for forty years.

So now I’ll start on planning Leviticus. Hopefully it won’t take me five months to get it drawn.

This week’s Diva Challenge is brought by Sharla Hicks, since Laura Harms is still on her summer hiatus. I struggled a bit with figuring out what exactly what I was supposed to do for the challenge. I checked out those who already linked up their submissions to see how they interpreted the challenge.

I looked through what tangles I use and found that crescent moon is one of the few ‘C’ strokes I use. I also like Shattuck and thought I’d use it but then forgot after I started the tile and started to draw Meer.

So I decided that instead of straight lines in Meer I would use some ‘S’ curves. It isn’t something I’ll do again but it kept the theme of ‘C’ and ‘S’ curves.

Last week I checked out the It’s a String Thing challenge and looked at the tangles to be used, one of which was Undu by Daniel Lamothe. I wanted to try this tangle out and thought it would work great for this challenge.

I didn’t have anything that I could submit for the series part of the challenge though because like I said, I’m not huge on the ‘c’ and ‘s’ curves that I’ve been able to find. So here is my tile. 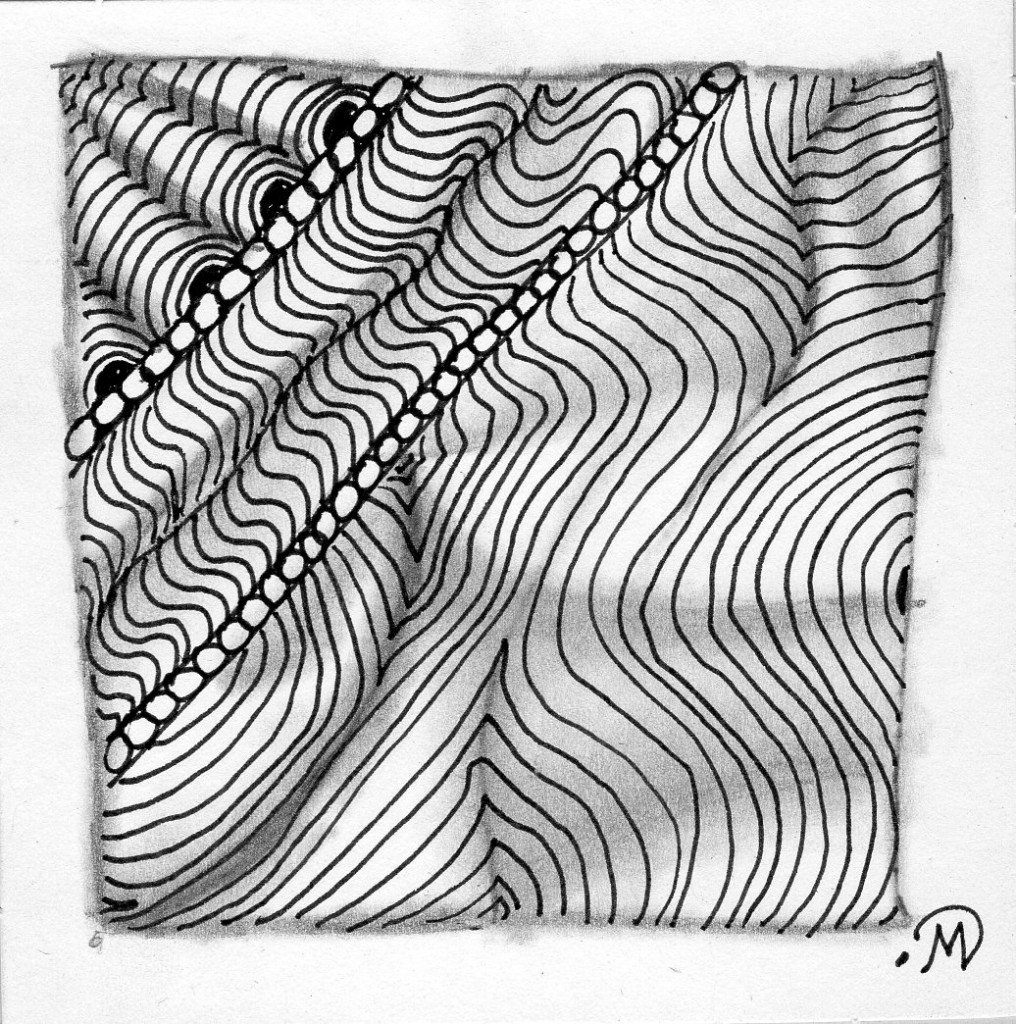 7 thoughts on “Finally! Exodus and More”

Leave a Reply to Ulrike B Cancel reply