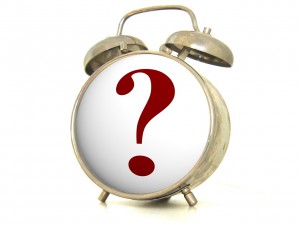 Wow! Another week has passed quickly. My days are off in my internal clock since I ran errands earlier in the week because I didn’t go last week at all. Actually, now that I think about it, time has been messed up for me all week long. I have an iHome dock alarm clock for my iPhone. I got it a couple of years ago for Christmas. It has had this little battery symbol light one for a VERY long time. I have flipped the crazy thing over to look for a place for a battery but have always been frustrated in not locating it. Well, one day this week the electricity must have just barely flickered because we sleep with a fan on and will awaken if it goes off for very long, but we didn’t wake up. I had gotten up to go to the restroom and went back to bed and back to sleep. The next time I woke up the clock had the same time but I just passed it off as I must not have seen the clock right, so I was going back to sleep. I noticed that Mike was stirring and then his phone that was on the charger made some small noise but I ignored it. Mike however, knew that it was his text signal and thought it odd that someone would be texting him at three in the morning. He got up to investigate, went in the other room and looked at one of our battery operated clocks. He returned to our room saying that the clock was slow. In my sleepy state, I didn’t quite realize what he was saying until he started getting dressed . . . then my lightening fast mind caught on, it was nearly 7! Since he needed to leave shortly, a bit of rushing ensued for us to get him out the door on time.

After the flurry of activity, I went in and again looked for a battery compartment, to no avail. So I was off to find the directions that came with it. This is one time I’m glad I don’t just throw everything away (now if I can just get a better filing system, I’d be happier). I was able to locate the papers I needed and found out that the crazy thing does in fact, have a battery compartment and the reason I couldn’t find it is because you have to use some pointy object to press a recessed release button AND of course, it takes the large button batteries which I have none of.

Thankfully I would be running errands earlier in the week than usual. Onto the grocery list it went. I am sad to say that I tried to press the little recessed release button but could not get it to release so being frustrated with it and having other things to do, I left it for Mike. I handed him the directions, pointed to the correct paragraph and asked him if he’d please fix it for me . . . My Hero! There is no longer an extra light showing on my alarm clock.

Looking back at it now, I realize that I did notice that the clock was brighter but discounted it thinking that my eyes were playing tricks on me. In the future, if I think the light is brighter, I’ll go check it out.

In closing today, I’m perplexed. I wrote this post last night. Clicked publish. And it completely disappeared with a message saying there was an error in saving. Being frustrated, I started writing it again. This time I clicked “save draft” after writing just a paragraph and it did it again. It was getting late and I’d already been up 30 minutes after Mike had gone to bed, which I do not like to do, so I shut down my computer deciding to do the re-write this morning. So if this isn’t very coherent it is because I’m writing it way too early in the morning and publishing it later than I’d like. (I am really trying to be punctual in publishing.) This time it is completely different that the last two attempts . . . maybe I wasn’t supposed to post what I’d written last night . . . I don’t know but this is what was on my mind this morning as I typed, so I’ll just believe it is what I was supposed to talk about, for some odd reason.

I hope you have a blessed weekend,