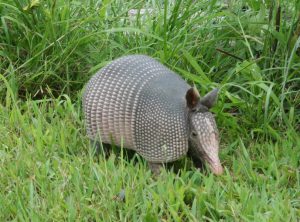 So, Mike has decided he is DONE with the armadillo. He has realized that it is making way too many holes as it roots around in the yard. Thus he had declared that it needs to go.

I wonder how he intends to enforce this. 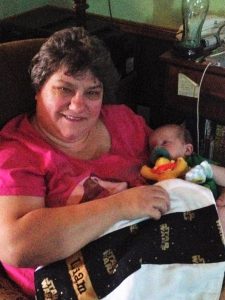 Okay, maybe I’m a little over excited but it was a joy to have my grandson here for a while last weekend. I held him and got some good snuggle time in. (Please ignore the horrible shadow under my eye that makes me look like I have either really bad dark circles or been hit in the eye.)

This is the second outfit he had on. I thought Lauren had gone a little overboard with how many outfits she packed for him for the few hours he was going to be here but she did very good. 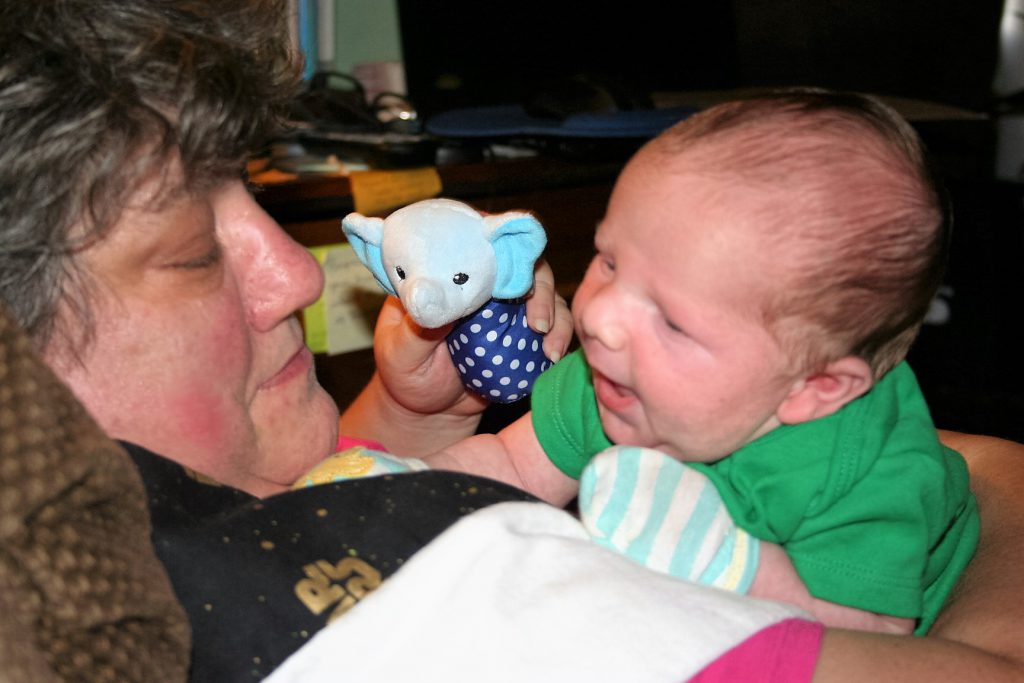 Sean took to being an uncle very well! 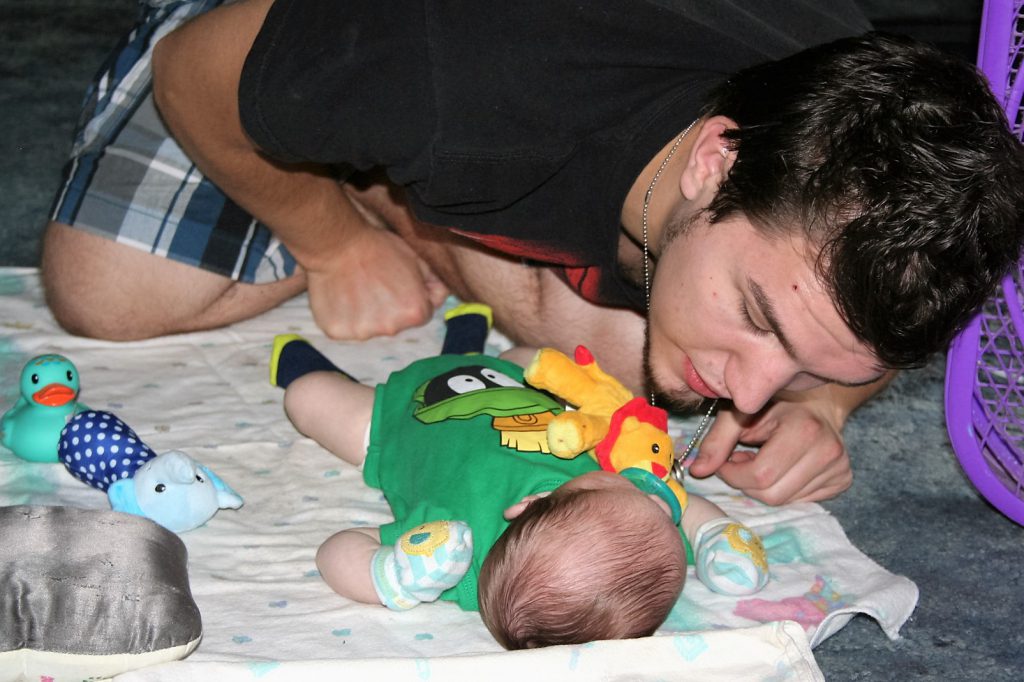 Isn’t that pacifier and it’s holder cute! I’ve never seen anything like it before. The lion is attached to the pacifier and helps keep it from falling out easily and from landing on the floor.

He laid on the floor with him for a bit. 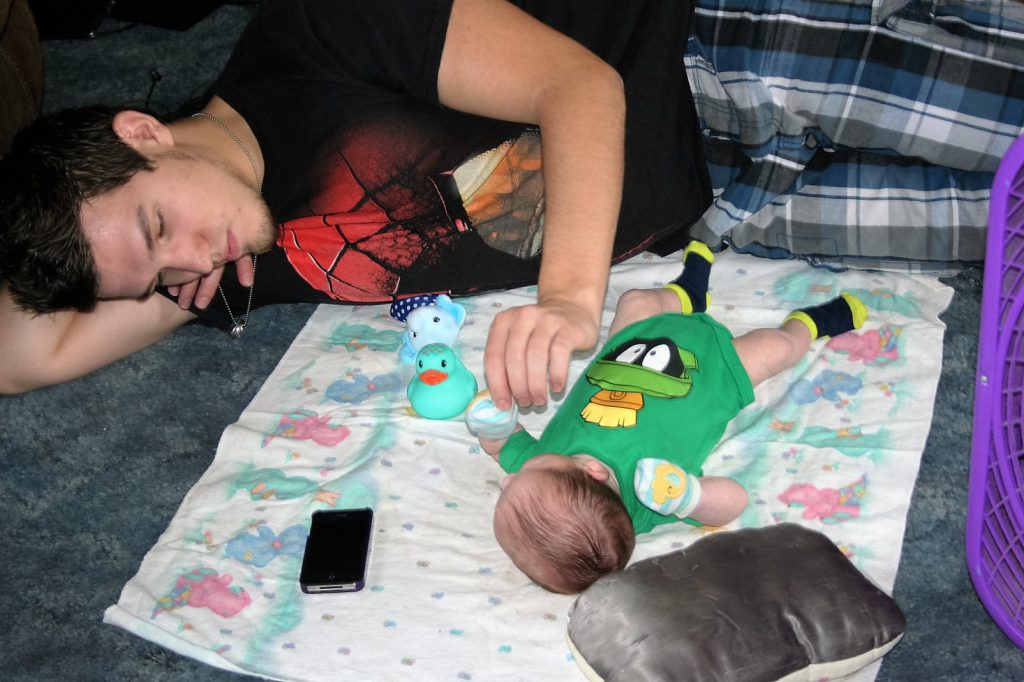 Liam had a good nap. 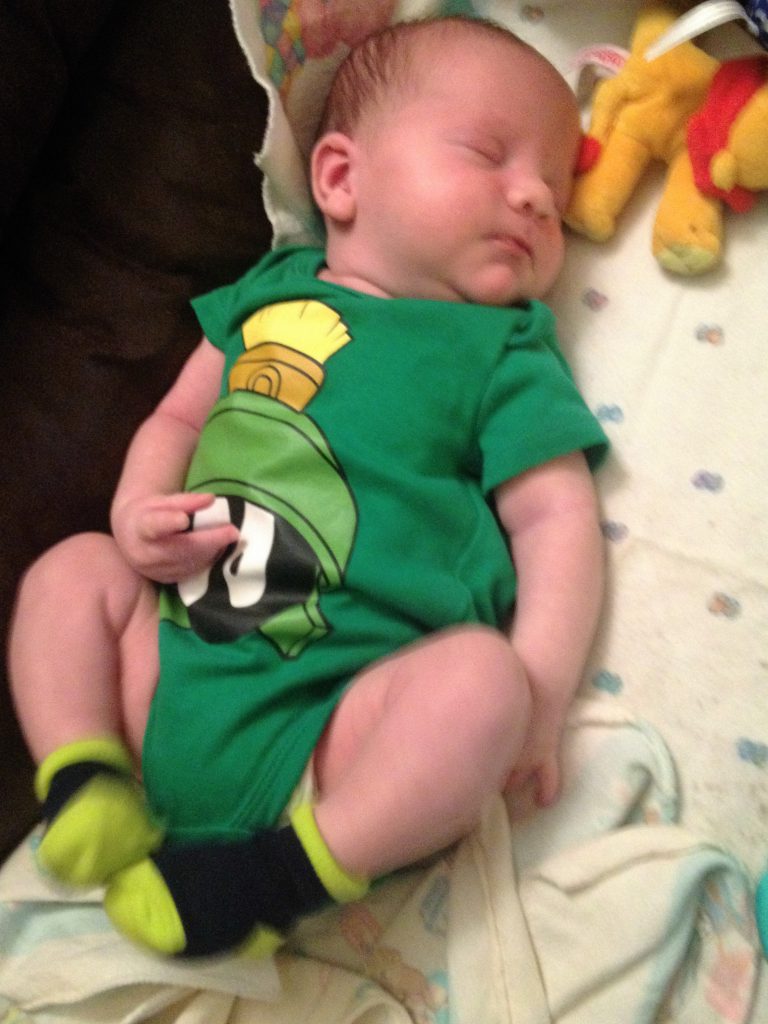 We ended up having to wake him up though, as it was getting a bit late in the evening for napping. Before Brian had left, he said that he could nap anytime, as long as he wasn’t sleeping at 7 when they came back to pick him up. I started waking him up around 6.

Sean and Tiffany changed a couple of diapers. Both times they changed him, he needed complete outfit changes. 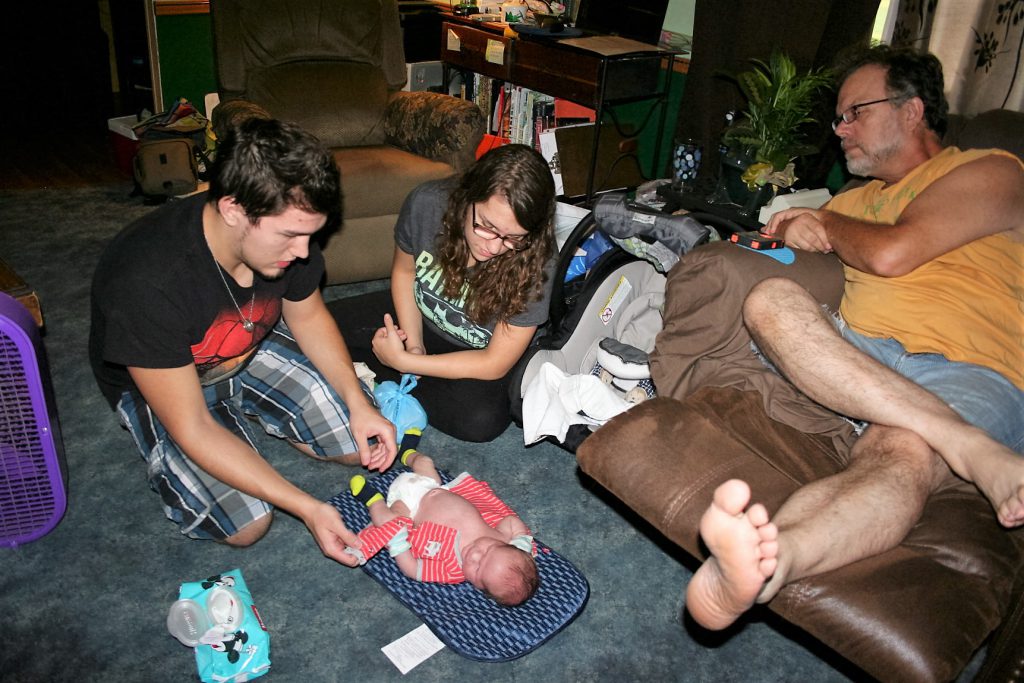 Mike was giving them pointers as they went. 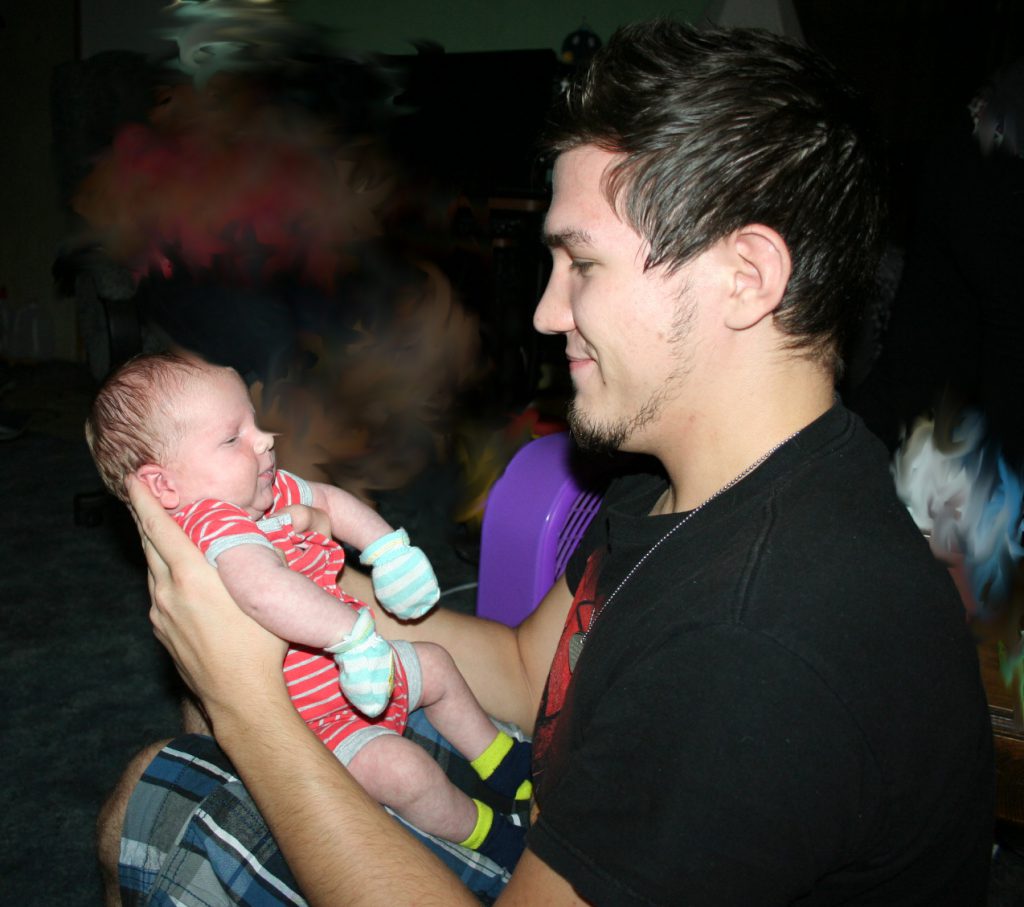 I realized when I was picking pictures to post, that there weren’t any of Tiffany holding or interacting with Liam, except for the one with her helping Sean change him the second time. She was my photographer and we all know, the photographer frequently gets left out of the pictures.

I’ll have to make up for it next time.

Mike took another turn, before they left. 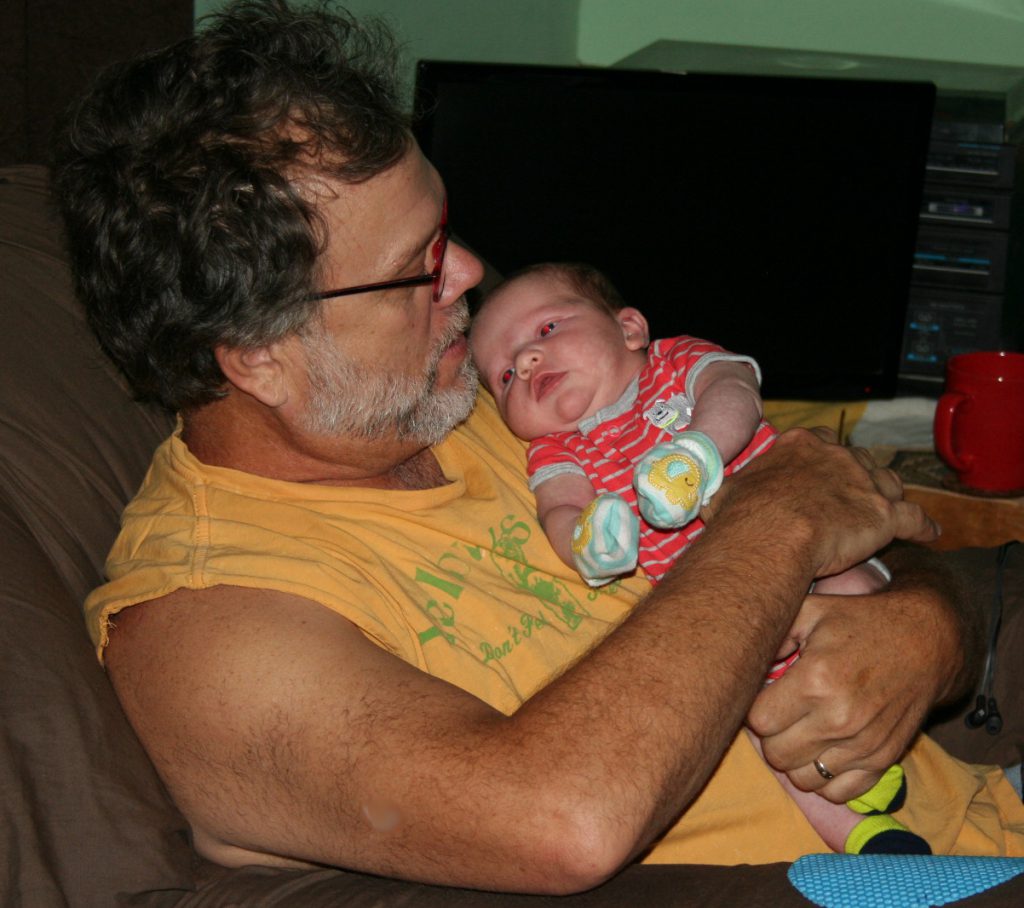 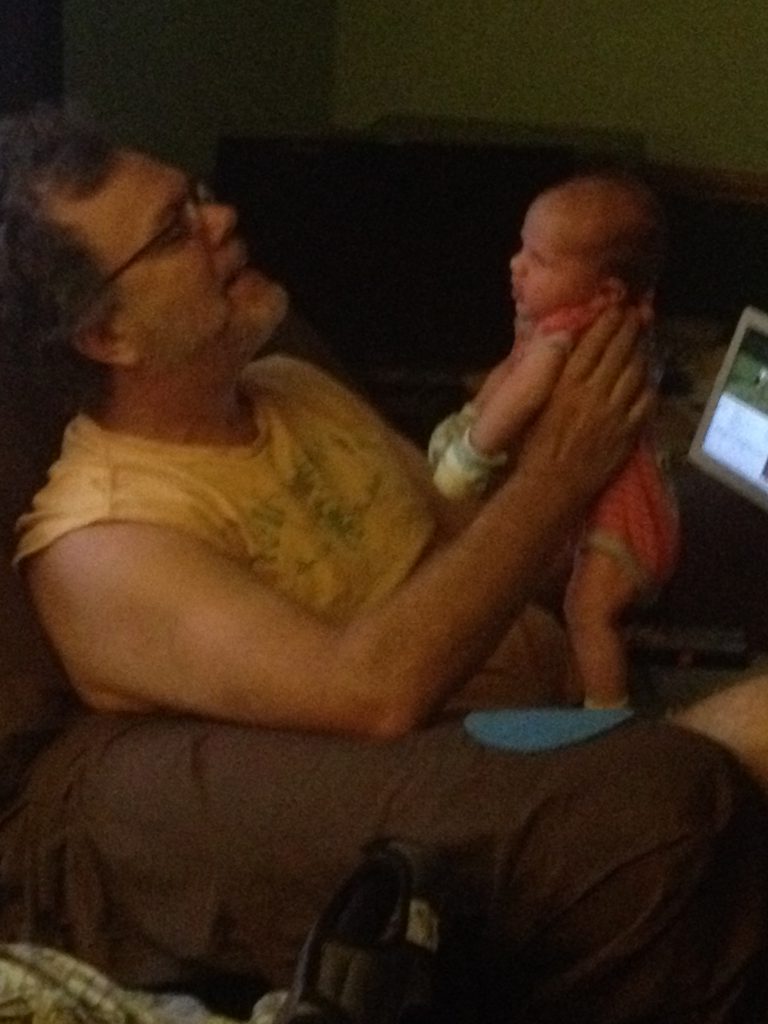 He’s our little sweetie!!! We are so thrilled to have him! 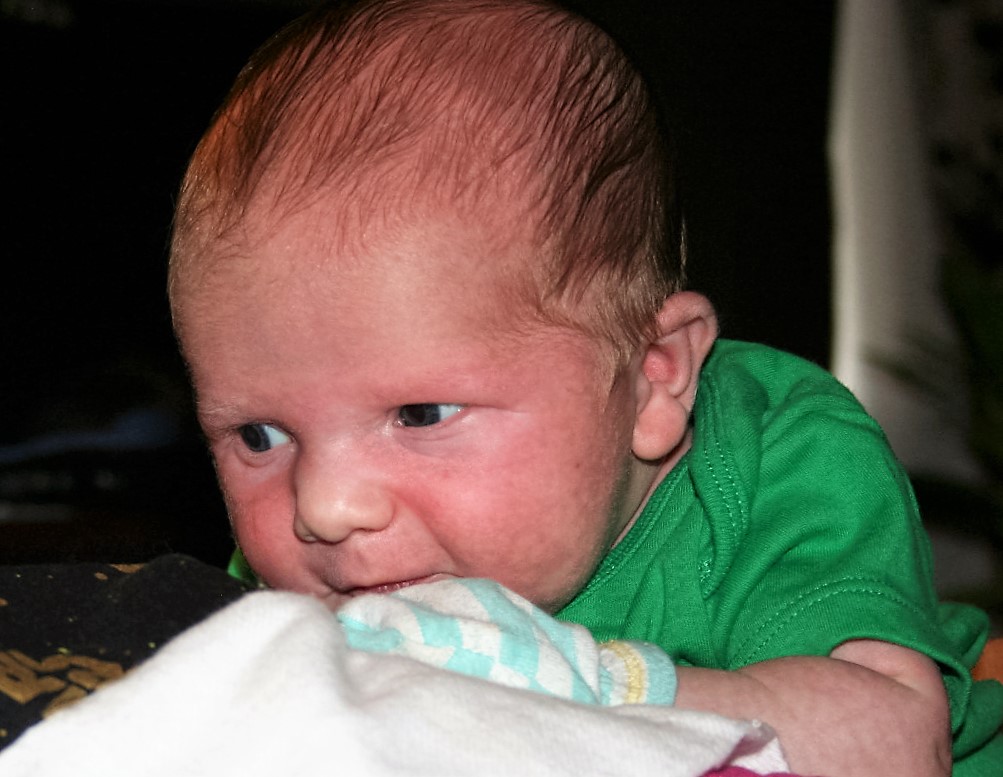 Tiffany made some yummy zucchini chocolate cupcakes. It was a challenge since we are on this keto thing but she craves sweets, so she did it. They were very good and nice and light. We may put them on the blog sometime but until then, just go to the link above, which will take you directly to the recipe page on IBreatheImHungry. 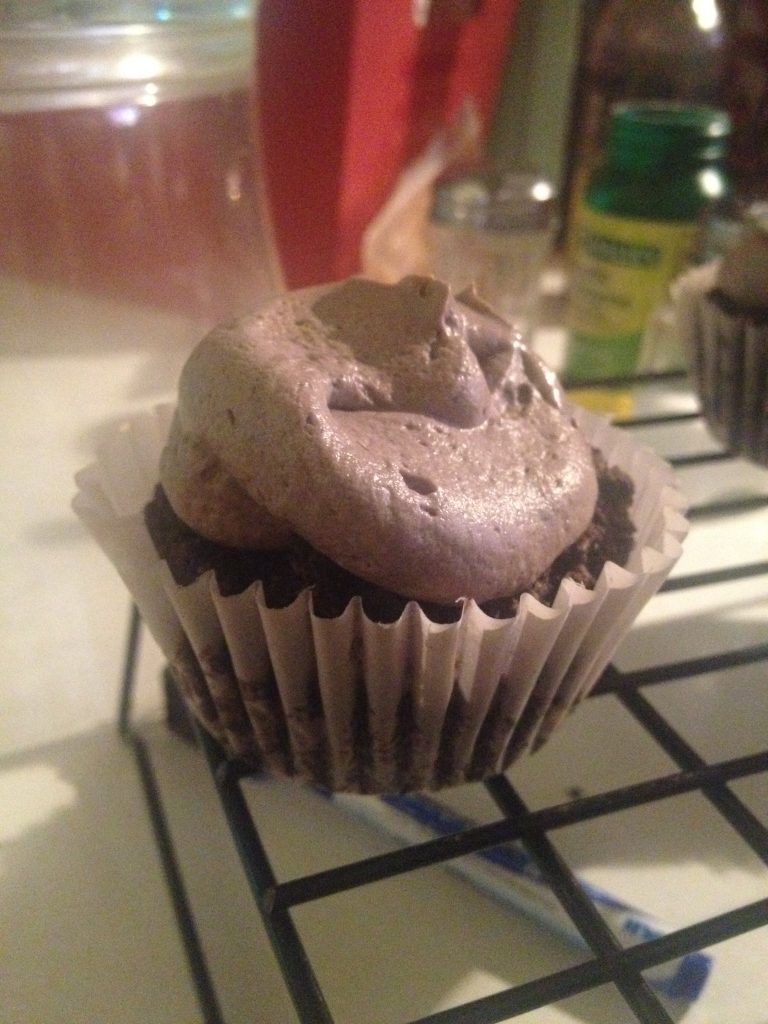 Then yesterday she made some avocado chocolate mousse. It was pretty good as well. (Sorry, no pictures of that one though.)

Well, I guess that is enough rambling for one day. I hope you have a good holiday weekend. We’re just relaxing.