Yes, I know that we all know to do this but this is the one thing that is sooo easily overlooked, even by me.

I’m making it a point to ask God what I can do to better my marriage today.

It doesn’t have to be something big, it may be something as small as laughing at his joke, that wasn’t even funny. True story!

One morning at the breakfast table Michael said, Sean pass me the Parm-e-Sean. 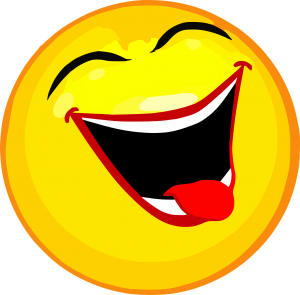 It seemed as if he thought this was so ingenious and hilarious. Of course none of the rest of us thought it was that funny but it was cute.

I was at the refrigerator getting out items to make their lunches and started fake laughing, saying Par-me-Sean!!! HAHAHAHA I really played it up for a good little while.

Well, this got him to laughing so hard his eyes started watering. It was great!

Instead of saying anything to demean his pun, I made it a situation that really encouraged him and brightened his morning. (It brightened mine too because even as I type this I have a smile on my face remembering it.) And it strengthened our bond rather than tearing him or us down.

The thing God has me do may be to make sure his work clothes are washed and folded, so they don’t get wrinkled and he doesn’t have to wash them himself. (He gets impatient waiting for me to do his work laundry, wanting to only wear the same two pairs of painter’s pants all week long and thus requiring laundering several times in one week. I’m happy to wash and dry his clothes but wear more than just two pairs so that I don’t have to be constantly washing them . . . thus he will wash them if he wants certain ones.

Or maybe it is to make sure that the favorite towels are freshly laundered and put on the rack before he gets home from work. Maybe it is make him a dessert or special snack. It could be anything but the point is that I ask God what to do and then do it.

What simple thing has God had you do for your hubby lately?