It’s been a good but busy week. Well, not really busy for normal people but I did go into town twice and ran a ton of errands on errand day.

My friend Gwin, whom I have known for about eight years now, surprised me with an invitation to lunch one day this week. And I surprised her by saying yes (I’m an introvert and don’t go out much).

Neither of us were up to making many decisions so we agreed to meet in Bixby and take it from there. She had me pick the time from a range of times and I did. I thought it was a great way to handle the situation when neither person wanted/felt able to make any decisions.

Of course, on the way into town, I got a low tire pressure notification on my car. So then I had to make an extra stop to fill it with air. And as you might imagine, there was someone there filling his tires with air. Just when I thought he was leaving, he turned his car around to reach the tire on the other side of his car. 8) Patience is a virtue; I guess Gwin and I were both being pressed with this virtue that day: her by waiting for me and me by waiting on the guy to finish.

We opted to go to Cheddar’s, where neither of us had been in quite some time. Oddly enough, they had us sit at the same table we sat at the last time we went there together.

While I ran to the restroom, she ordered our unsweetened peach teas AND an order of onion rings, which neither of us should have eaten but enjoyed anyway. (I did so with a healthy dose of vitamin P, for pleasure.

) We used my stevia glycerite in the tea and it was delicious! I love that I can still enjoy their peach tea; it’s my favorite.

I introduced to her to a new store in the area and she loved it!

I am sad though because it used to be that everything in the store was $5 or less but since I was in there just a couple weeks ago, they’ve changed their electronic section to $10 below Tech and raised the prices on things that were $5 to $5.55 but they also have a few items that are around $7.50 or so. Not bad but I hate it when price changes like that. I guess it’s better that they raise the prices a little than no longer carrying the items because their suppliers prices went up.

While I was taking a shower not too long ago, I was using a pumice stone on the bottoms of my feet. I have a tendency to pray while showering and this day I told God that I needed him to help me figure out what to do about my feet. They are VERY callused and I’d used the pedegg roller on them and it didn’t really make much of a difference this time. It actually seemed to make some parts of my heels rougher. 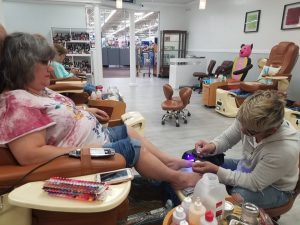 Well, Gwin suggested we go get pedicures! Generally I won’t do this but God had told her we should do it, so we did.

I had them do the extra callus remover treatment on mine. OH MY GRACIOUS!!! My feet are sooo much better. He used what looked like a dull cheese grater on my feet. I still have a little bit of a callus on both feet but it is sooooooo much better and they feel so soft.

Thanks again Gwin! It was an answer to prayer.

Now to figure out what they used so I can do it at home (yeah, I’m very frugal 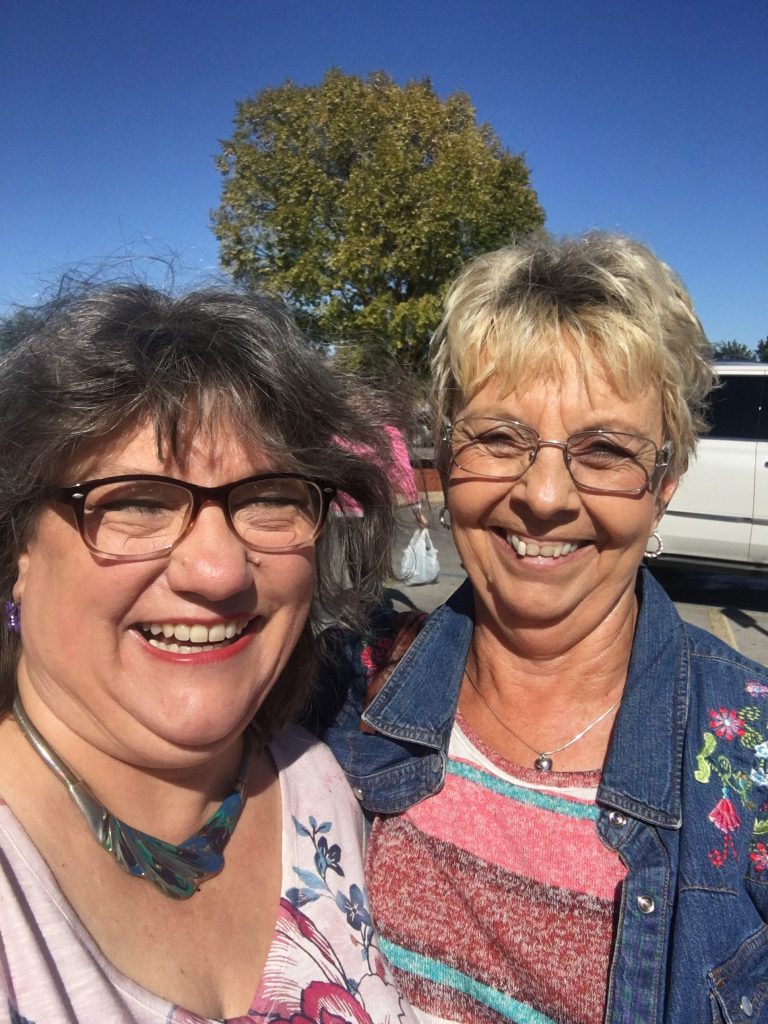 It was such a fun day and I’m so glad and blessed that she follows God.

Then on errand day we went the long way into town so that we could drop off coupons for a free first exam and x-ray at my parents’ and my sister’s homes. Of course, I can’t possibly just drop off, I must talk-my extrovert peeks out occasionally.

After leaving my sister’s house we got gas in the car and ate our lunch because we were hungry already. Then we began our grocery run. We ran through Walmart and of course, the item that I ordered online was not ready for pick-up yet. I ran into Dollar Tree and actually only got the three items that I went in for! That is nearly never heard of.

Off to Aldi and then to Sprouts. I checked the Target app to see which store had the King Arthur White Whole Wheat flour that we needed. Thankfully it was the one right next to Sprouts and the price was reduced!!! So I got three bags instead of just two because you never know when the price will go back up.

Next we popped into Old Time Pottery to get part of my niece’s Christmas present. On the way out, we saw that they had chimeneas for $59.99, so I texted Gwin about it as we headed down the road to our next stop. She’d told me how much she’d seen them for in Sutherland’s and this was cheaper, so she was able to save a little bit by getting it here instead of there.

Next Tiffany and I went into Name Brand Clothing 1/2 off 1/2. Last time we’d planned to stop in here they were closed for some big inventory something or other. The parking lot was packed! 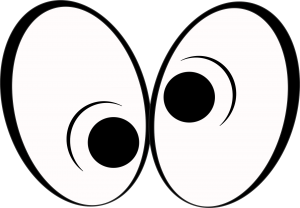 We were very confused by the signs and tags on the clothing. The signs plastered all over the place said everything was $8.88 or less. Then there were a few signs that said shoes and certain other items were $19.99 or less. When you looked at price tags it got even more confusing with prices of $30, $20, and then some $6, $12, and so on. Very confusing. The racks were not orderly at all. It was simply chaos! Yep. Chaos.

We looked at a few things but after about 15 minutes just left wondering how in the world there were so many people in there thinking these were good deals. Maybe we just don’t know a name brand when we see it and thus don’t realize how great of a deal it really was.

We ran across the street to Ross. I’ll be honest with you, it wasn’t a good clothes shopping day for me. Nothing was interesting me at all. I did find the salts I wanted–they were the last two packages too. So after being in this store about 15 minutes or so, we left it and decided we’d just be early for Tiffany’s chiropractic appointment. We’d both brought books to read while we waited.

Her appointment went well. Found that one of her pills stopped working and thus needed to change to something else, reduced one supplement, and changed out another. Oh and the adjustment was really needed, lots of cracks.

We got home and the guys were already here. We’d been gone all day long. Thankfully, they brought in all the groceries while Tiffany and I changed our clothes. Then we put up the groceries and heated up the leftovers for dinner, which I will share with you on Tuesday.

For now though, this has gotten quite long, so I’m going to run. I hope you have a wonderful weekend. It has turned cooler here and raining/drizzling, so it is nice to be home and maybe curl up with a good book. What do you like to do when it is chilly and raining?