The Diva is still on holiday, so t 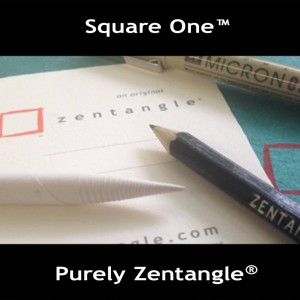 here is no Diva Challenge this week. Square One: Purely Zentangle and Shading Zentangle both have the new official tangle, Icanthis as their focus this week. WZTV has not yet posted its new tangle for the week but Icanthis was its tangle last week. So I guess I’ll try my hand at Icanthis, even though I don’t really care for it very much.

At first I thought it was rather easy but then around the sixth and seventh steps and the shading and I didn’t like it again.

I do not see me using this tangle much at all. It will probably only get used when I need a tangle to resemble a leaf. Who knows though, I may like it better if I practice it in my drawing book later.

Last week I purchased Eni’s ebook on overlapping and I tried to add some of it here. Albeit I was a bit time crunched as I got to go pick up my grandson and spend the afternoon with him. 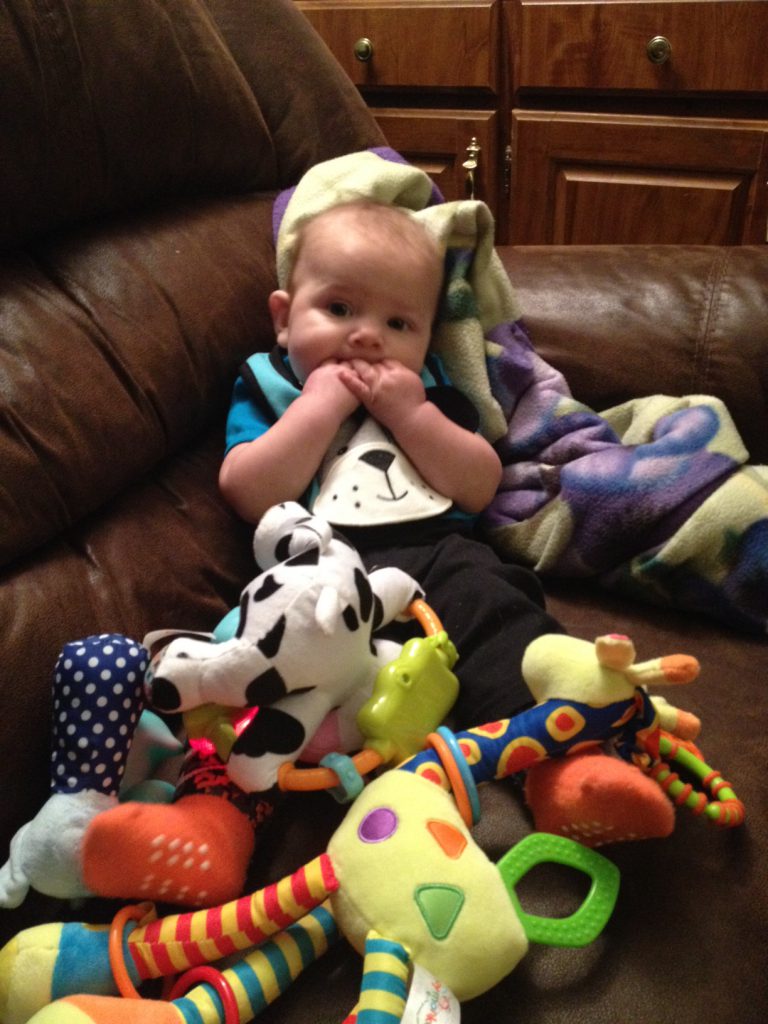 All those toys and he’s chewing on his fingers.

I tried my hand at Joki but since it was the first time I’d attempted it, I put too many swirls in the middle but there are no mistakes with Zentangle, just opportunities for creativity.

Then I decided to add some printemps. When I shaded it I drew some printemps with my stump for some light ones in the background. 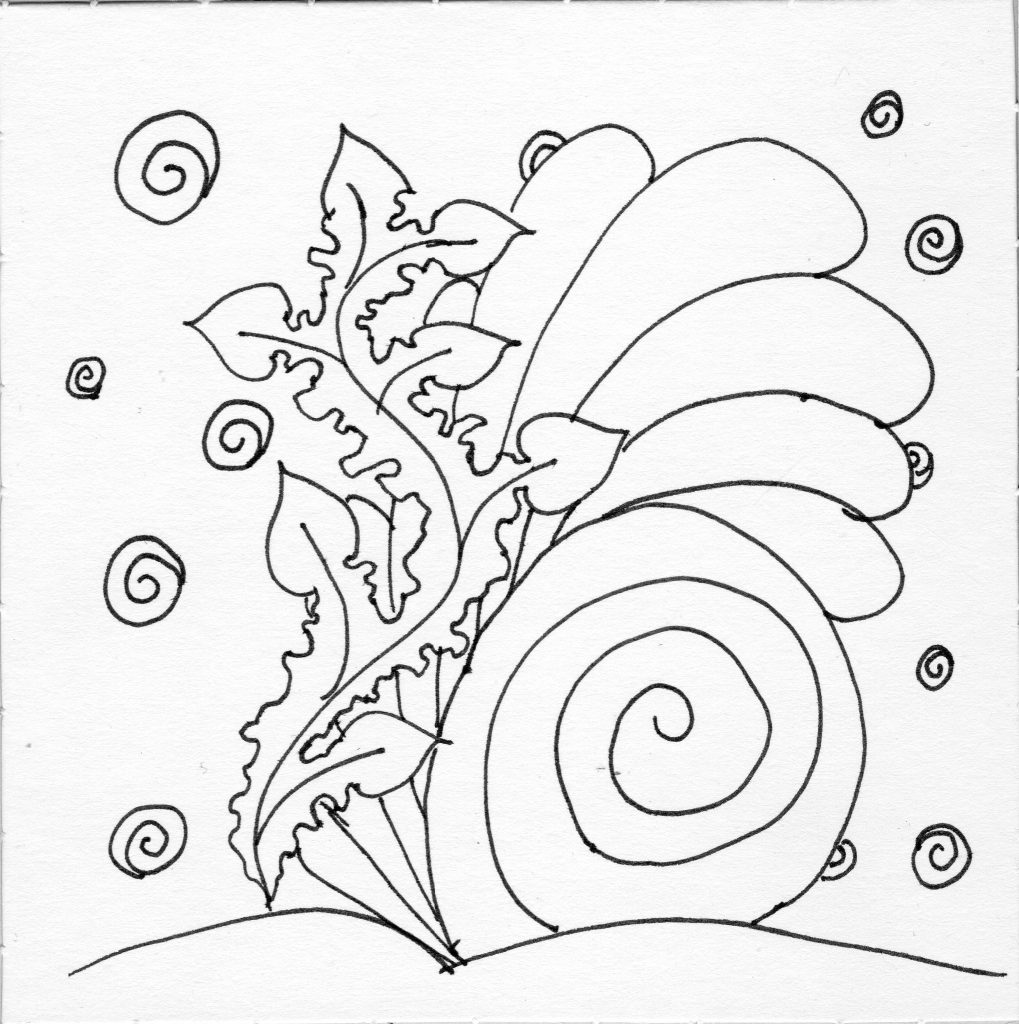 After I scanned it in, I realized that I hadn’t finished Icanthis, it was these last steps that made the tangle more difficult for me.

Here is the finished tile. 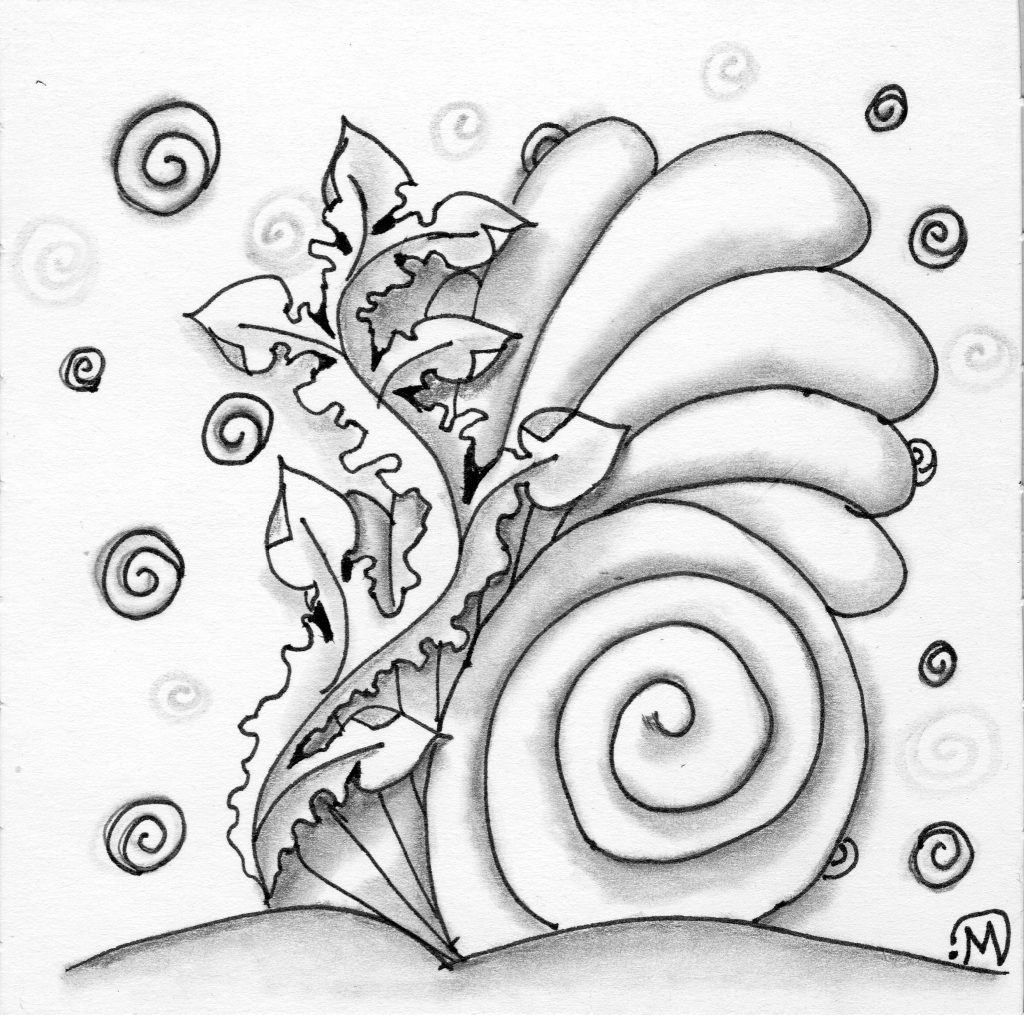 If you have some suggestions for shading, I’d appreciate it.

I appreciate all those that take the time to comment, you are most encouraging!