It’s been a good week I guess.

Chicken breasts were only $1.48 at Winco this week in Tulsa, but we HAD to wear a face covering. Tiffany and I choose to wear scarves instead of face masks. These are thinner and we can breathe better and they are prettier too.

Tiffany found an outside blanket for only $5 in the clearance section at Walmart. She will use it in the car when taking one of her dogs somewhere, like the lake or park or something. It was 50% off, so that was cool.

I had an emotional breakdown the other day because I’m just done being this weight!!! Yep, it was not good but kicked me in the gut enough to make me be more serious and have less splurging going on. So we are making it a point to exercise at least 5 days a week and eat lower calorie foods. We’re still doing THM (Trim Healthy Mama) but just renewing our mindfulness to how much we are eating, how often we are eating, and choosing the lighter options.

My commitment was tested when I went to lunch with my friend Gwin this week. It’s hard to believe that we’ve known each other for ten years now. Much has changed in these last ten years but we are still friends.

We ate at Braum’s. I figured that if I ate a light lunch before I left the house I could just get a sugar free ice cream there but as it turned out, my breakfast at eight lasted until nearly one o’clock. I opted to get a salad instead of one of the yummy burgers. It was their Strawberry Poppyseed Chicken Salad.

It had some blueberries, strawberries, pineapple, grilled chicken, almonds, carrots, cabbage, spinach, and romaine lettuce. It also came with packaged croutons, saltines, and no fat cottage cheese. The dressing was in a pouch, so you could add as much or as little as you desired. Well the in the first five ingredients there were three forms of sugar, so I opted to use only a tiny bit (maybe a teaspoon) on top. I added the cottage cheese to the salad too. It was quite good.

For those on THM, it was an E salad because of the fruit and the chicken was lean, so it fit the parameters. I just stayed away from the croutons and crackers.

We had a great visit. It’s been quite a while since we’ve had a good chat, so it was extra nice. Tiffany and her friend came by and got some ice cream cones (Tiff’s was sugar free but probably not the best choice

) and sat with us for a little bit. Gwin is a trip!

I remembered at the last minute that I needed to take a picture and handed the phone to Tiffany. This is the result . . . 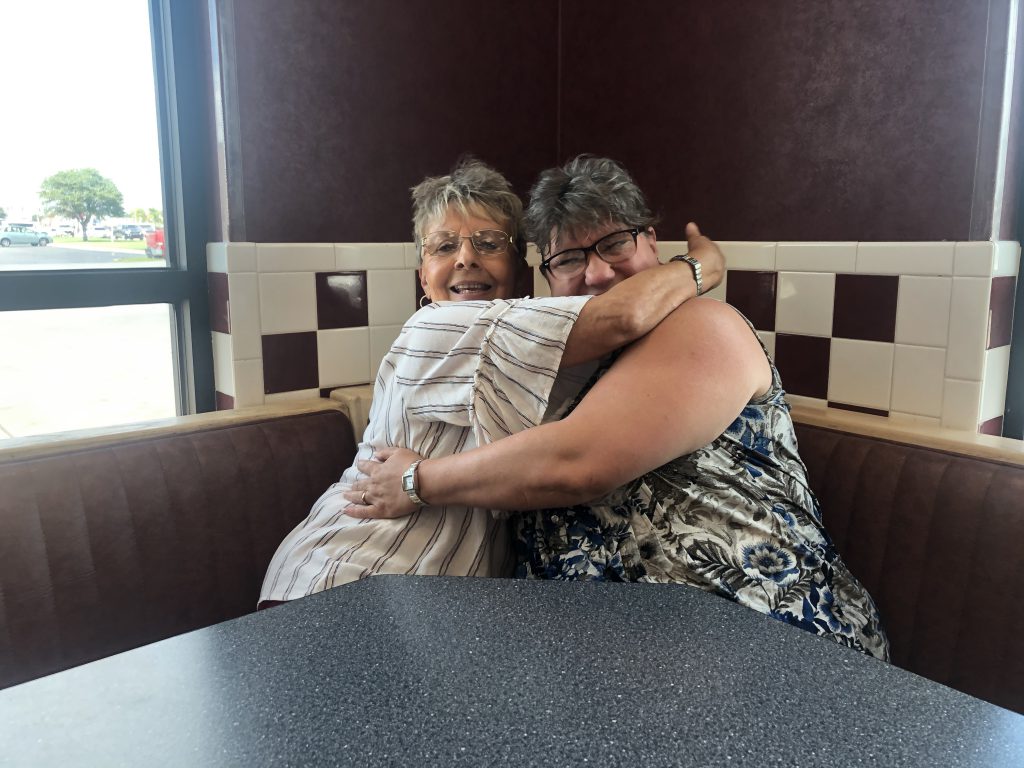 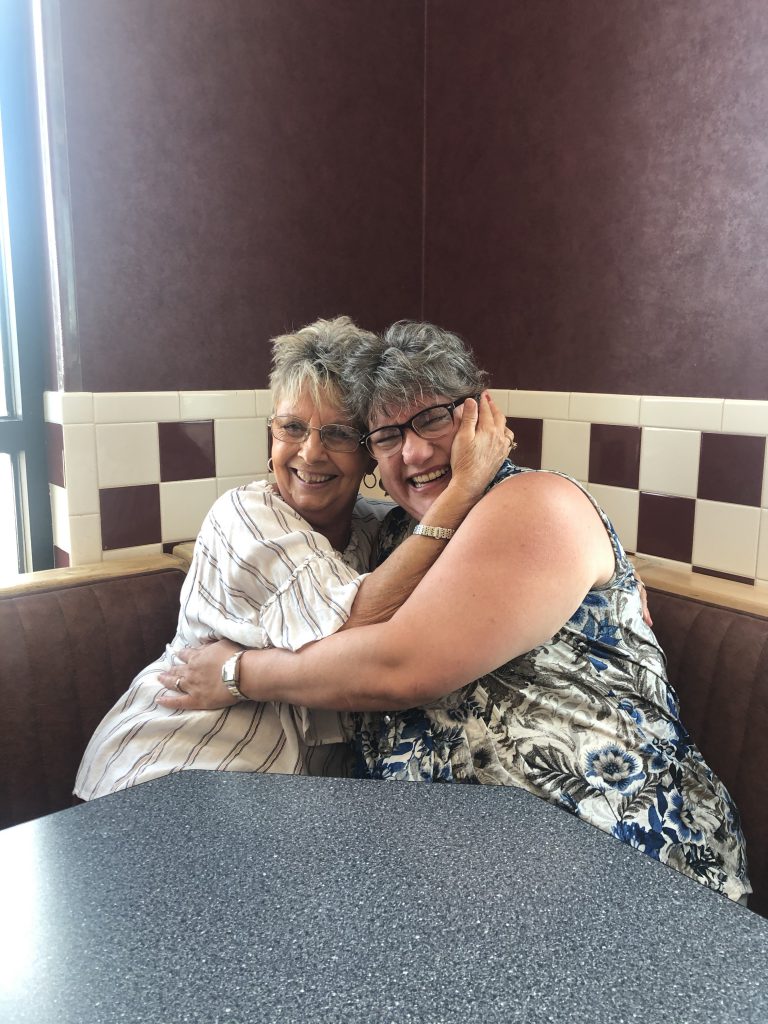 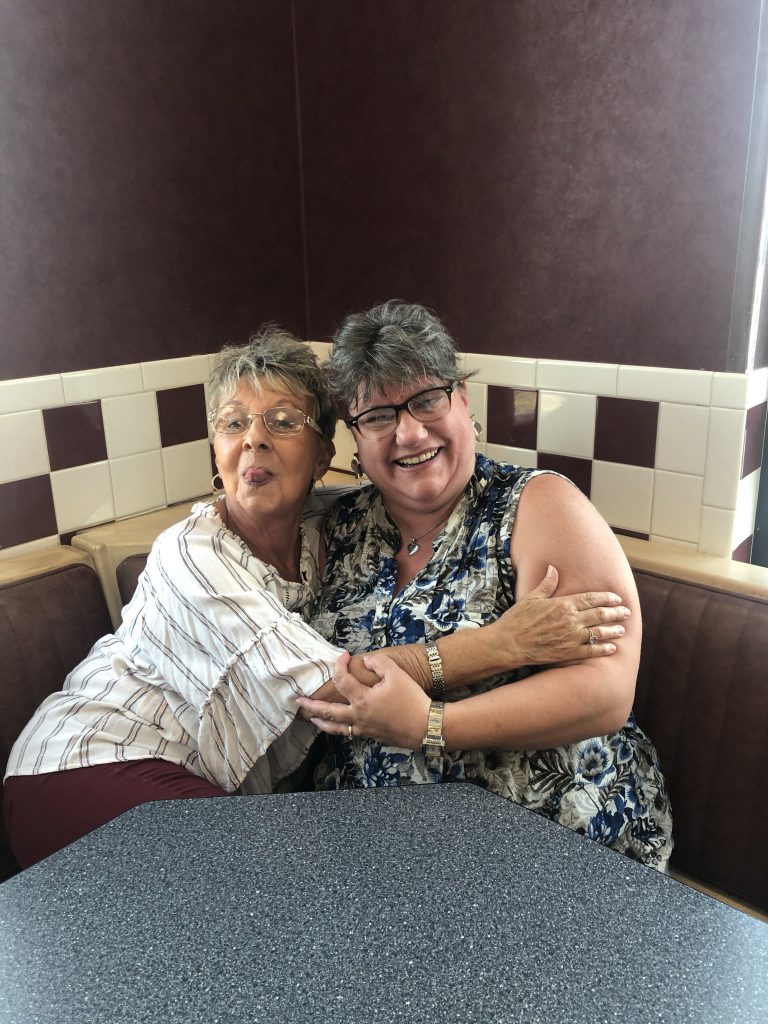 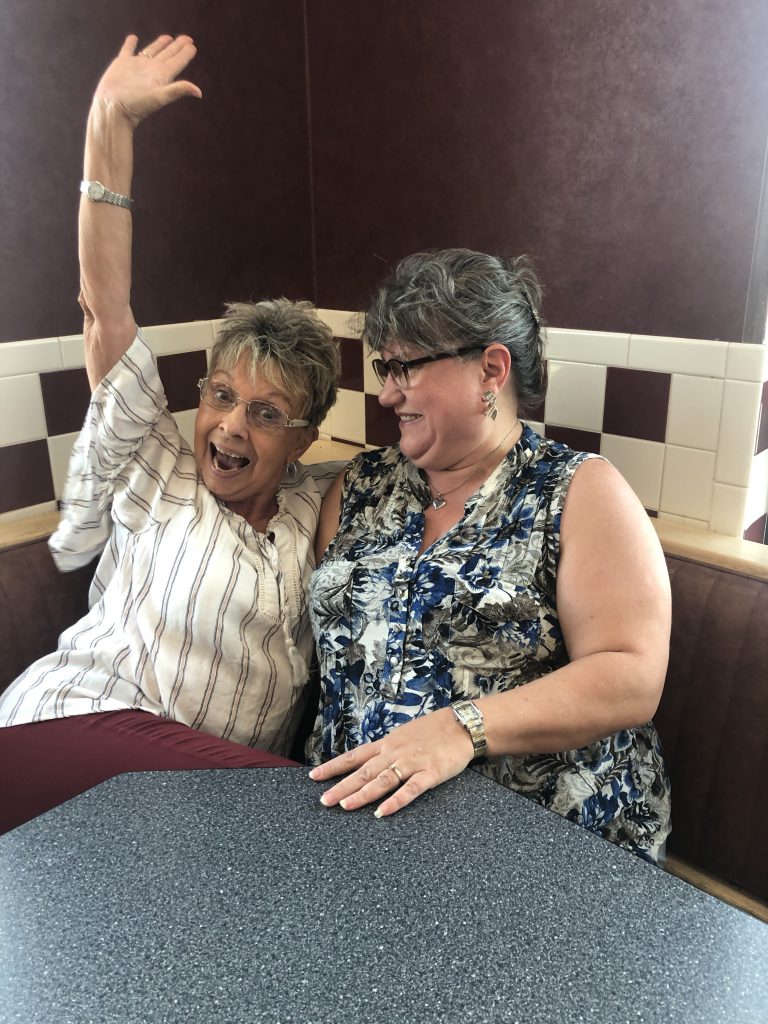 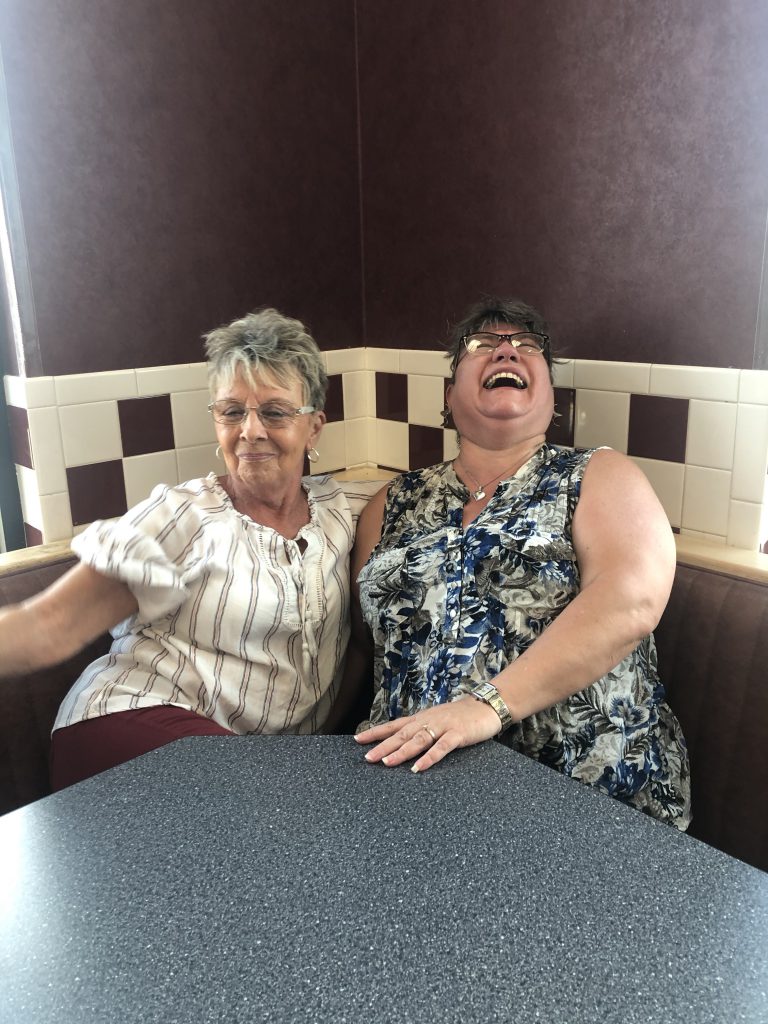 She’s fun to be with and I’m so glad to have her as a friend.

Well, we are supposed to use our rain passes at the water park this weekend. I hope it is a nice day, we have fun, and it isn’t too crowded.

Oh, I have been working on cleaning up the craft room this week and it looks worse than when I started!

You know how that works, right? I’m getting rid of some of the things that I don’t need or use any more but they are now occupying floor space instead of the shelf space they were taking up. It’s just frustrating to have a bigger mess than when I started but it is necessary. That’s what I keep telling myself anyway.

We have some dear friends coming next weekend and I’ve got to get things straightened up enough for them to have a decent place to sleep. So I’m on kind of a dead line and I’ve gone out of the house more this week than I have in a while.

I hope you have a good weekend. I’m hoping to see my parents at some point this weekend too. I’m missing them; it’s been a few weeks since I’ve been able to visit with them.

2 thoughts on “Deals, Good Friends, Yummy Salad, and Cleaning Up”