My daughter Tiffany’s Christmas book has been published! It is a murder mystery surrounded by the fun and festivities of the Christmas holiday and a budding romance. Get it on Amazon

As most of you know, the Diva Challenge this week is to pick one of the challenges from this week in previous years. I thought I might do the “Keep It Simple Silly” but really wanted to do the “Merry Happy” Christmas themed challenge from #148.

The tangle focus for Square One: Purely Zentangle and Shading Zentangle is Aura-Leah. I’ve never done this tangle before but thought it might lend itself to stand in for the different characters in the nativity scene.

The tangle of the day at pattern-collections.com is H and I, which I have never done either, but I hoped I could make it work for either stars or the stable roof.

The WZTV focus tangle is the newly released official tangle Drawings. I thought I might be able to make it stand in for the “Star” but it is going to take a LOT of practice to figure this one out. So I searched for a star-like pattern and found Starawn. This one looked pretty simple, so in it went. I do wish I had seen the variation starting with a center triangle and used that for the main star in the middle but I think it worked out okay. 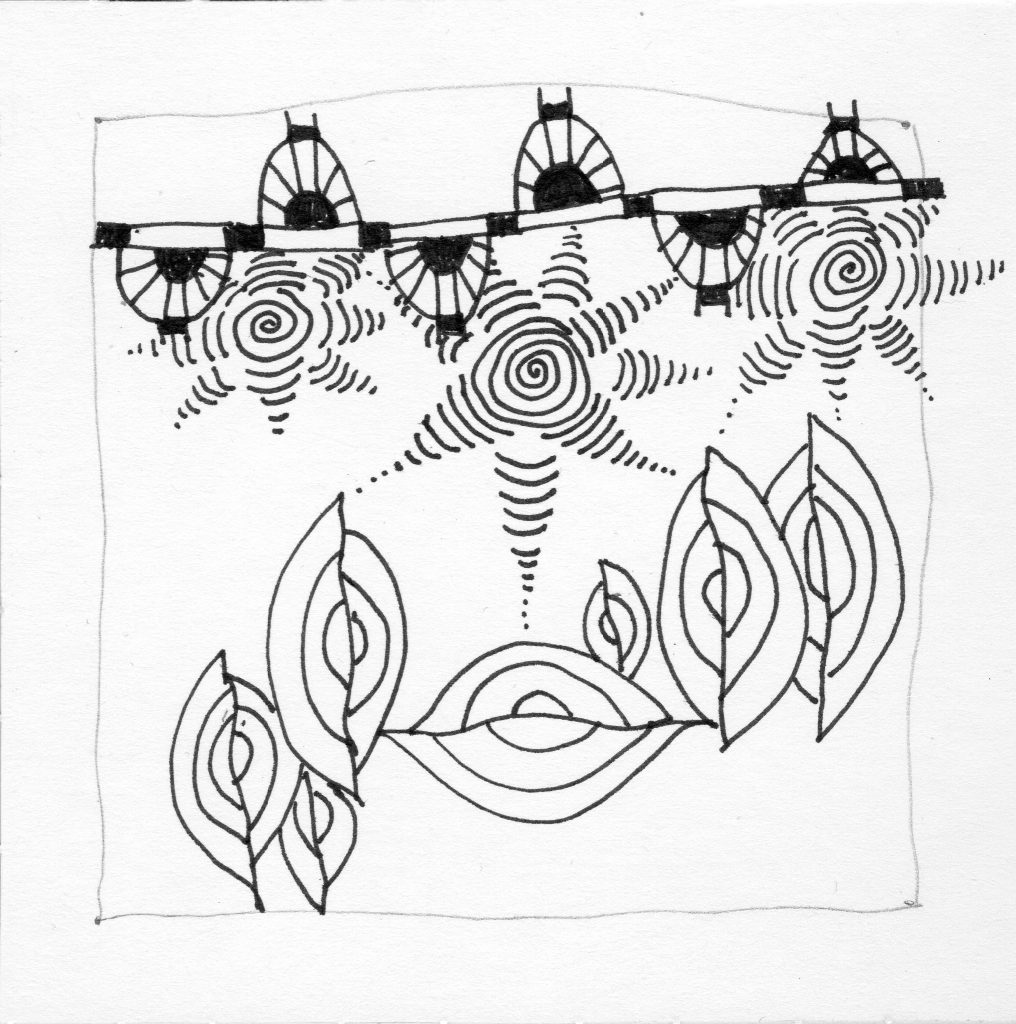 Here is the finished tile. I thought I’d smudge the border line I drew but think it might have been better if I had just erased it. I do like the smudged effect on a lot of tiles, just maybe not on this one. 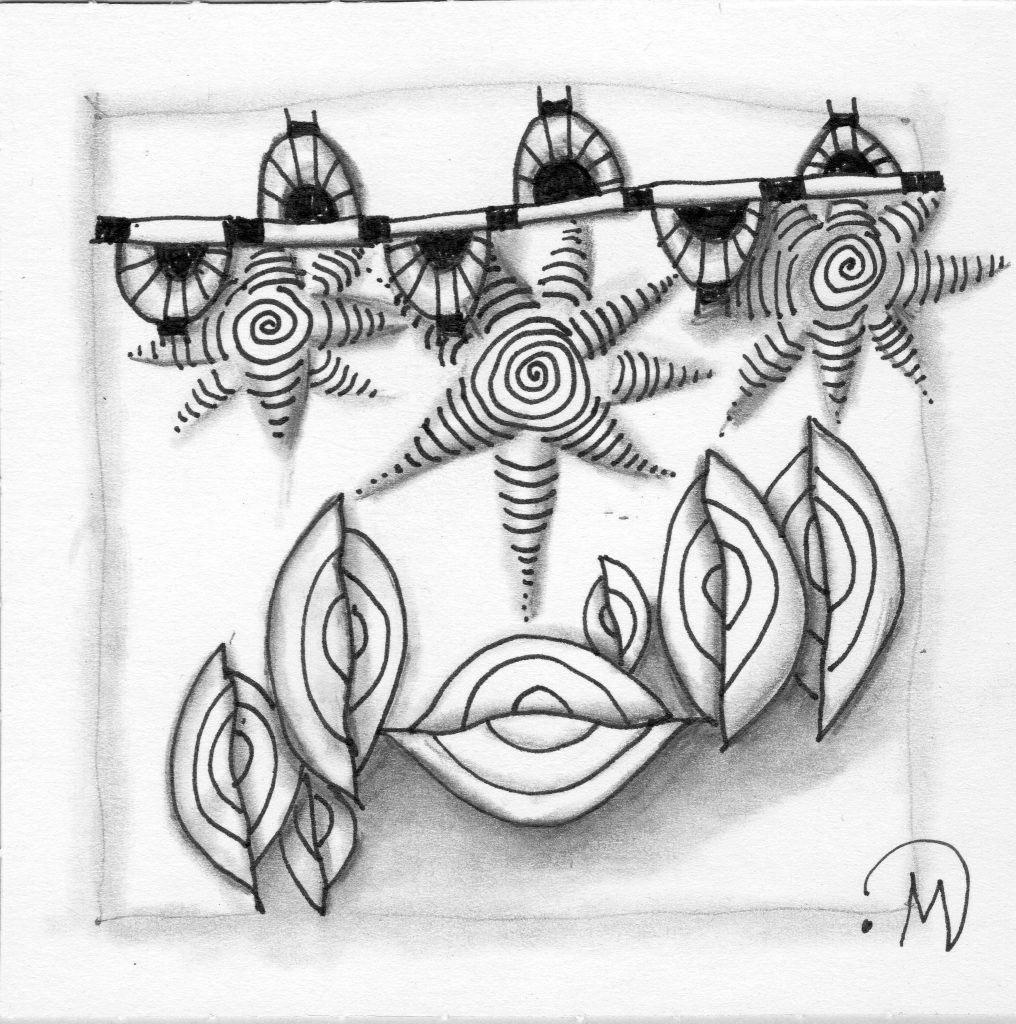 It always amazes me how much darker the shading is in person as opposed to once it’s scanned and on my computer.

I appreciate your kind comments and the time it takes for you to leave them. They are most encouraging.

I’ll have something else up next week; I hope you’ll stop by.