Sean’s birthday was this week. That means lots of big cooking for me.

It is tiring but I love being able to do it. Thankfully Tiffany helps me out, keeping me from failing when everything is ready at once.

This time around Sean wanted some big fluffy cinnamon rolls. In order to keep them healthy I made them from sourdough. I didn’t read the directions carefully enough and they weren’t going to be ready until brunch. So I also made Cinnamon Roll Cake from Northern Nester first thing on his birthday. Unfortunately, nobody got a picture of that one. But here are the sourdough cinnamon rolls that were done to have with lunch. Both things were crossovers on the Trim Healthy Mama plan, so eating them together was no big deal. 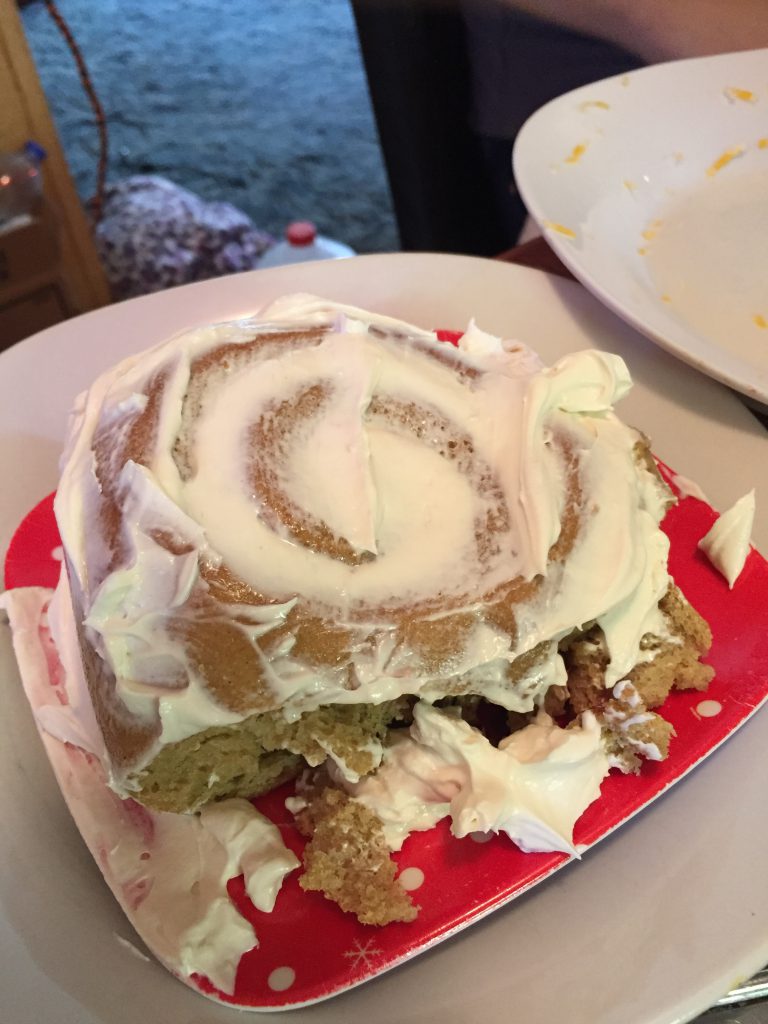 He requested sweet potato fries loaded with cheese and bacon for his lunch. (Again, no picture, but they weren’t really picture worthy.

Dinner was a sausage and cheese calzone, I guess is what you’d call it. Sean asked for meaty, cheesy, doughy goodness. 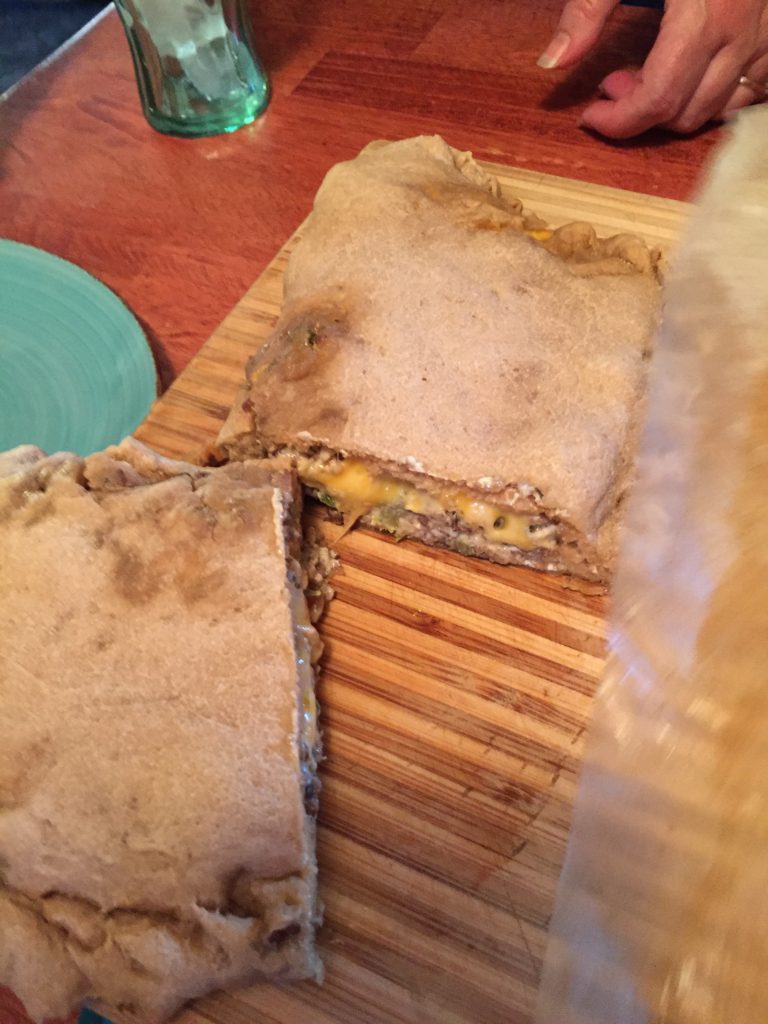 It’s not the prettiest but it was good. Oh, then we had sourdough lemon poppy seed bars for his dessert. Again, no picture.

I’m surprised how much Heidi has grown in the week we’ve had her. Sean and Tiff took them on a walk the other day and tuckered them out. 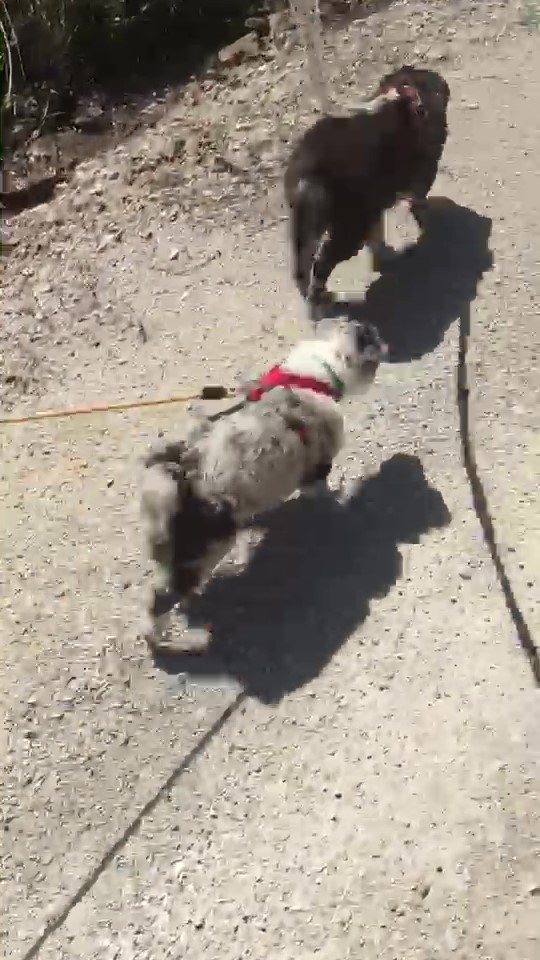 Not the best picture because I took it from a video. But you can see how big they are now. She still waddles a lot! So cute!

We ordered some chicks a few weeks ago. This time we ordered a mixed flock. We got all Australorps last time but this time we decided to go for a variety. We still got 4 Australorps. We really didn’t want  a lot of chicks but the shipping is just outrageous, if you can even get a small number shipped. So better to have extra chicks than to pay ridiculous shipping.

Last time we wanted speckled sussex hens but they were out of them by the time we ordered in October several years ago. But this time they had some. We also got some Buff Orpingtons, Ameraucanas, and even a couple Salmon Faverolles, the latter still lay eggs in the winter. The Ameraucanas are supposed to lay blue eggs.

We also got one free surprise chick. Last time the surprise was a rooster and a very dominant one at that. This time we think the free surprise chick might be a silkie. Unfortunately it had pasty butt and was a bit weak. Tiff cleaned it up and we gave it some egg yolk and prayed over it; so we’re hoping for the best. (Update: Sadly this little chick didn’t make it. 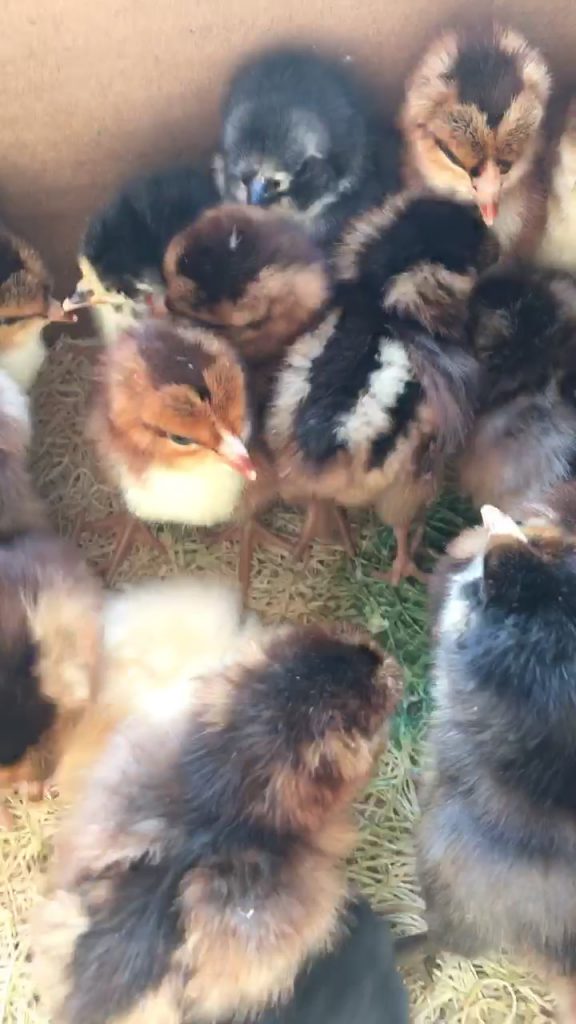 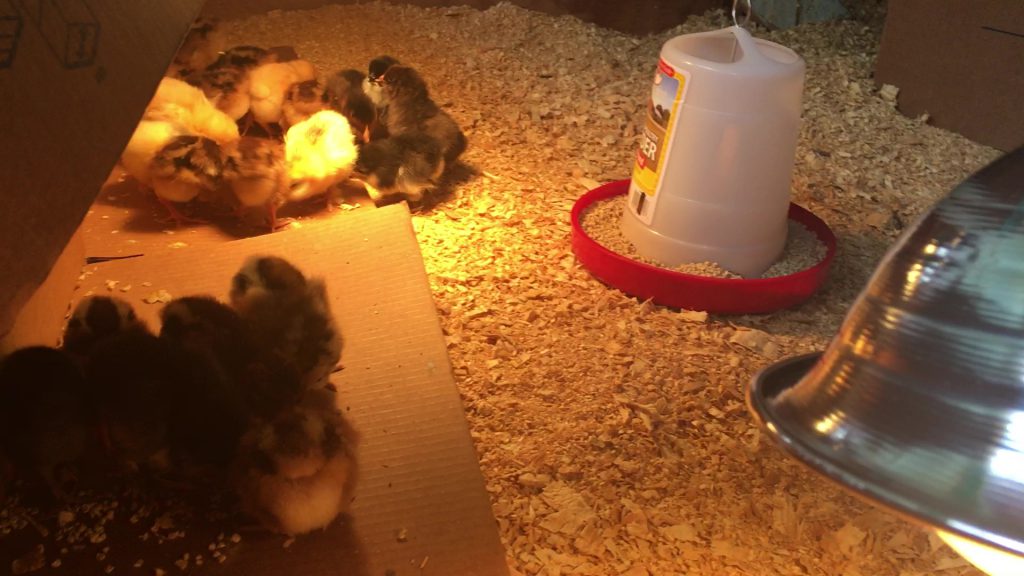 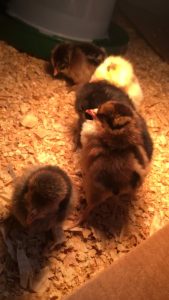 Oh, we did get 2 roosters again this time, both are Speckled Sussex. So we’ll see how that goes. Shiloh loves babies of all variety. She’s most familiar with kittens. When there is a new litter of kittens, she pesters us to go outside all day long and sticks her head inside the cats’ house. 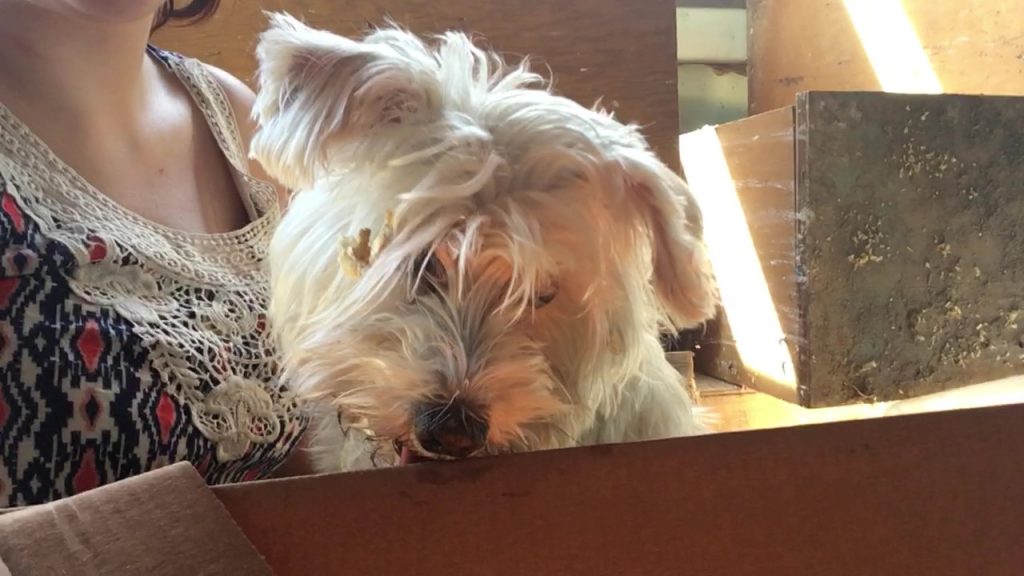 She really likes the puppies too but Finn is nearly as big as she is and Heidi is quickly catching up. She really disliked it when the puppies got to go on a walk but she didn’t get to go. 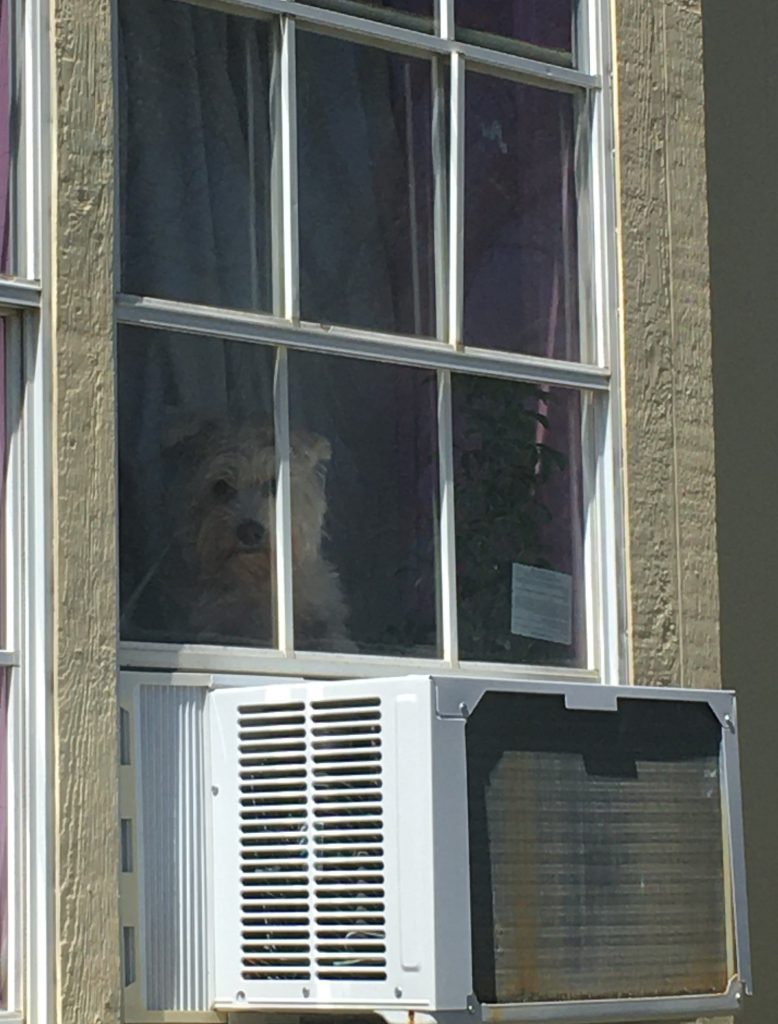 We got mail from Liam this week too.

He got some Spiderman stickers and wanted to send the to Poppa. Then since it was Sean’s birthday, he made him a “card”. Well Grandma and Tiff couldn’t be left out, so he sent us mail too. I got a horse picture with a big crown sticker and a page where he traced over captial A and miniscule a. 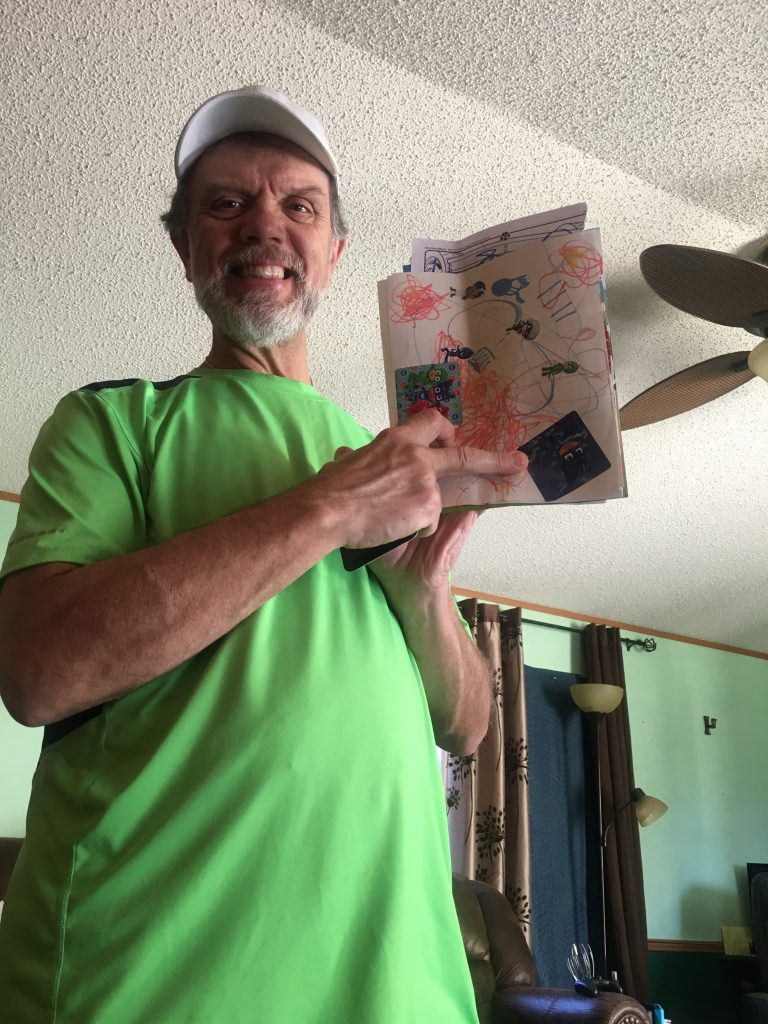 Well, it’s been a busy week here. I hope you’ve had a good week as well.