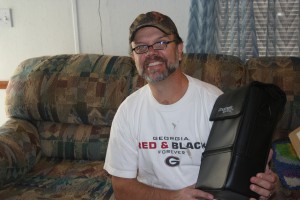 I’ve decided to bring back Anniversary Date Night this year but in a little different way than I did it the first time around. The plan is that I will treat my honey to dinner out on the 27th of every other month this year. The 27th is the date of our anniversary. So I’m taking him out on the 27th in January, March, May, July, September, and November. 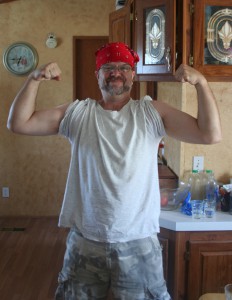 He has rightly guessed that I hope he will take me on the other six months.

Conveniently for me, Mike will be responsible for both February and June, which is our anniversary month. I’m actually looking forward to it because at least I am assured that we will go out and enjoy some alone time with each other over some good food at least 6 times this year.

For some reason Mike is more apt to actually go out on the 27th than on a weekend even though he’d rather not go out after having just gotten home from work. I guess he is more sentimental than I give him credit for. It is amazing that after being married for 27 years that I am still learning things about him and surprised by them. 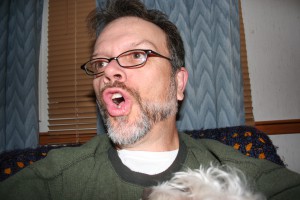 Just last Friday I was looking through old photos and had a hard time finding any good ones of him where he wasn’t being goofy. I told him about it yesterday morning as he was ironing his shirt for church and told him that goofy was his super power. And then we had a good belly laugh over that. I have always appreciated how he would just do one goofy thing after another to make me laugh, whenever I have told him that I was fighting being depressed.

I heard once that if a couple can still laugh together then their marriage is has hope. We definitely have hope!

Tiffany said that we laugh a lot, mostly on weekend mornings, waking her up. It is the one time of the week that we are relaxed and not having to do anything at any particular time (well, Saturday at least).

Find things to laugh about together. Laughter supposedly releases certain chemicals or something in the brain . . . well, bottom line, laughter is good for you (and by extension, your marriage). Proverbs 17:22 says, “A merry heart doeth good like a medicine . . .” (KJV).