With just three simple ingredients, this one is a breeze to make. Oh! and it is delicious!

I was on a keto facebook group perusing the posts when someone mentioned this alfredo sauce. I’ve seen alfredo sauces before that use cream cheese, so I was surprised when this one did not. The person said that the recipe was from the Pioneer Woman, so I did a search for it and was pleased to find it so easily. I was also pleased to find that it was a very simple recipe.

As you can tell from the featured image, I used this sauce on a pizza crust. It was very good and my family asked if we could have it again a couple days later . . . and we did.

So here’s how you do it:

Put half a cup of heavy cream (or heavy whipping cream) in a saucepan with half a stick of butter and heat it over medium low heat until it thickens up a bit. 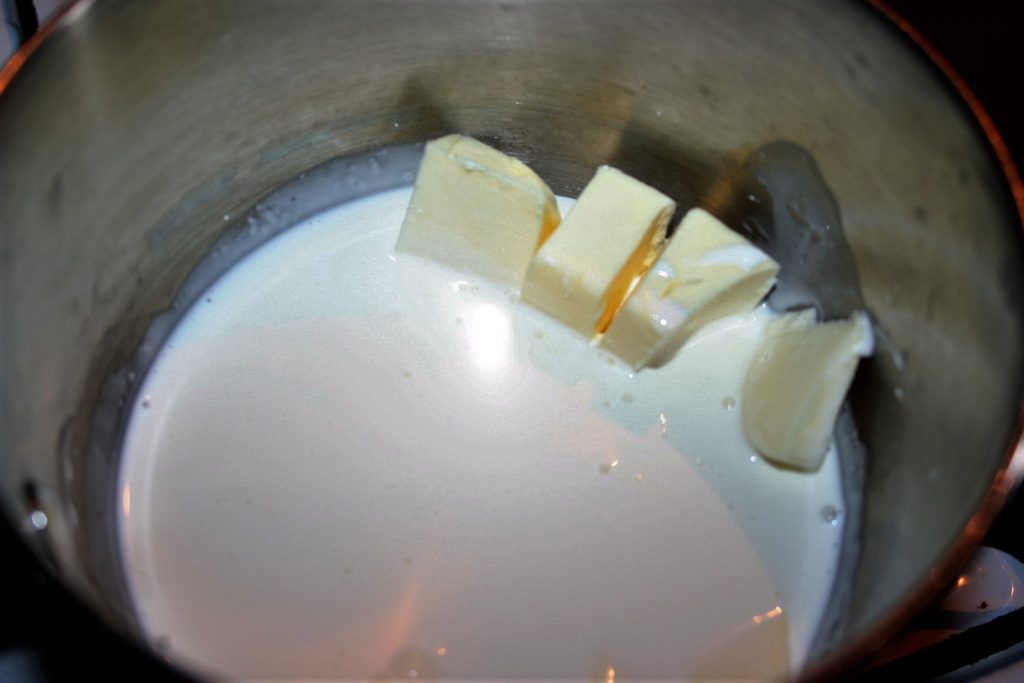 Add a little salt and pepper if desired. Remember that the Parmesan cheese is salty, so don’t add too much. 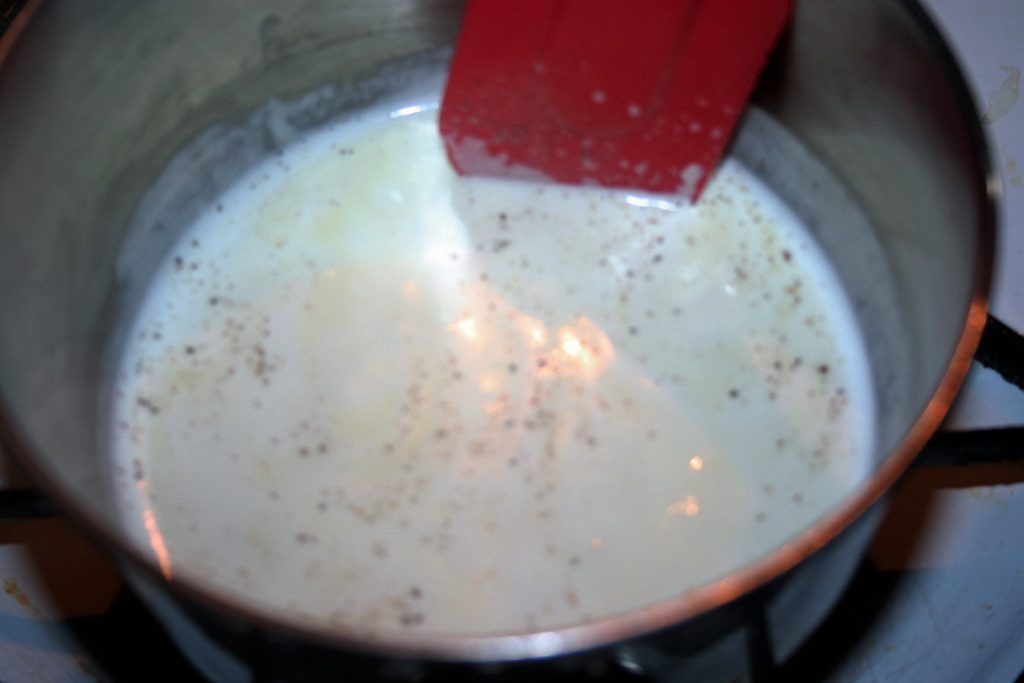 After it thickens up a little, add 1 cup shredded Parmesan cheese and stir. 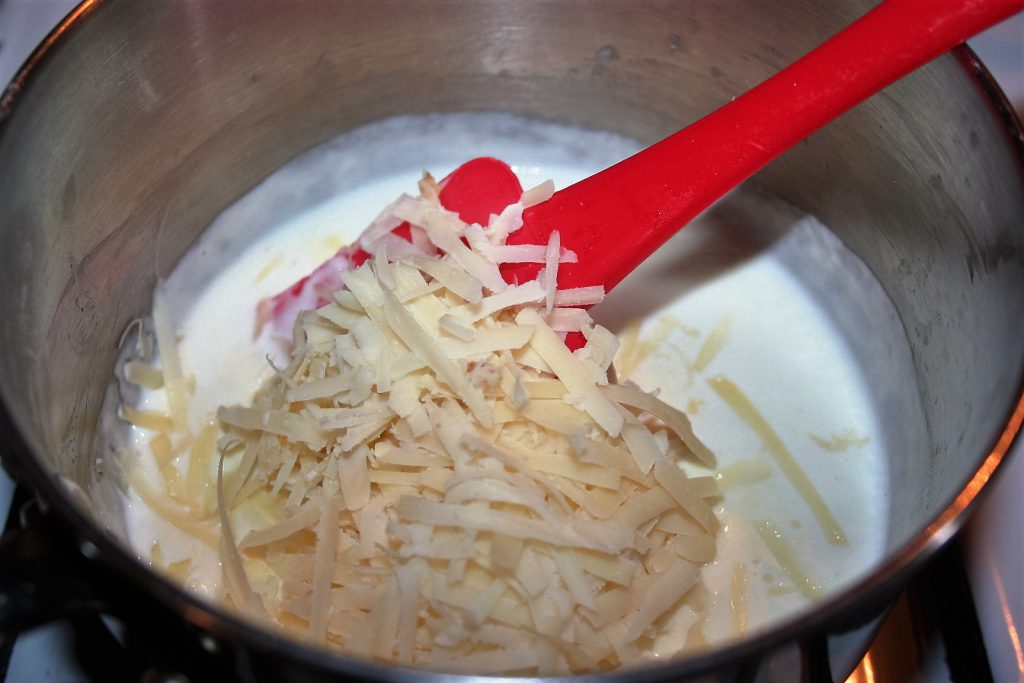 Unfortunately, I forgot to take a picture of the sauce before I added it to the pizza crust, so this is the best I can do. 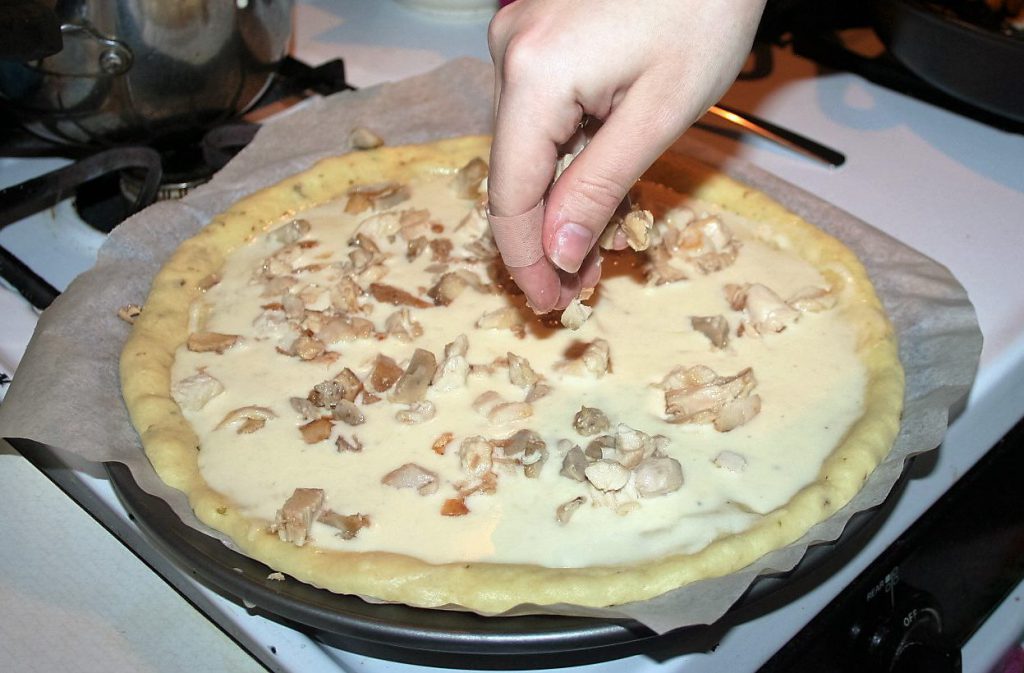 We put it on the pizza crust, added cooked chicken, turkey bacon and spinach. I’ll share that recipe another time (probably next week).