This week’s Diva Challenge was inspired by the Kitchen Table Tangles recent video of Molly’s girls sharing their tangle Zingo, making Zingo the challenge for the week. I don’t think I did as good a job as those younsters did though.

Shading Zentagle facebook group and Square One: Purely Zentangle’s focus tangle for the week is Mi2 (me too). This is a tangle I’ve wanted to try my hand at but never got around to doing, so today was a good opportunity to do it.

I checked the pattern-collections daily tangle and none of them seemed right for my tile today but I chose string #16 as my starting string but flipped vertically so the “folded” part was in the upper left corner rather than the upper right corner. As I worked through the tile I gave up any idea of working with that string after all.

The first Zingo I drew was a bit too small, as was the second one. Consequently, I decided to fill that upper left corner with a large Zingo. Then came Mi2. I didn’t focus too much on making seed shapes and just drew the diagonal lines. My real struggle with Mi2 came with shading. 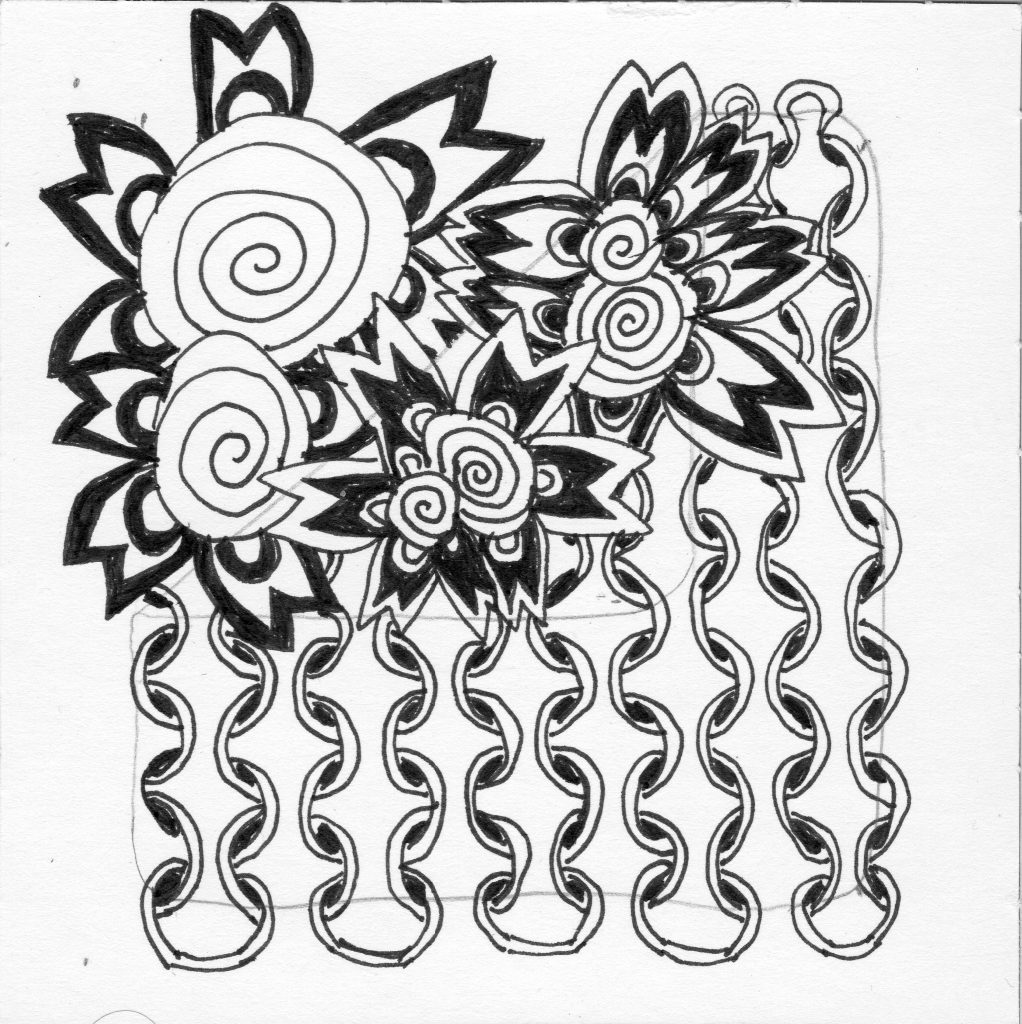 I chose to blacken different sections of Zingo on each one. I love blackening because it adds such drama and contrast. In the picture above you can still see the string under the lineart.

Here it is once I did some shading. I thought I might be finished but wasn’t quite happy with it yet. Mi2 was tripping me up. I didn’t want it to just look like columns of shading. 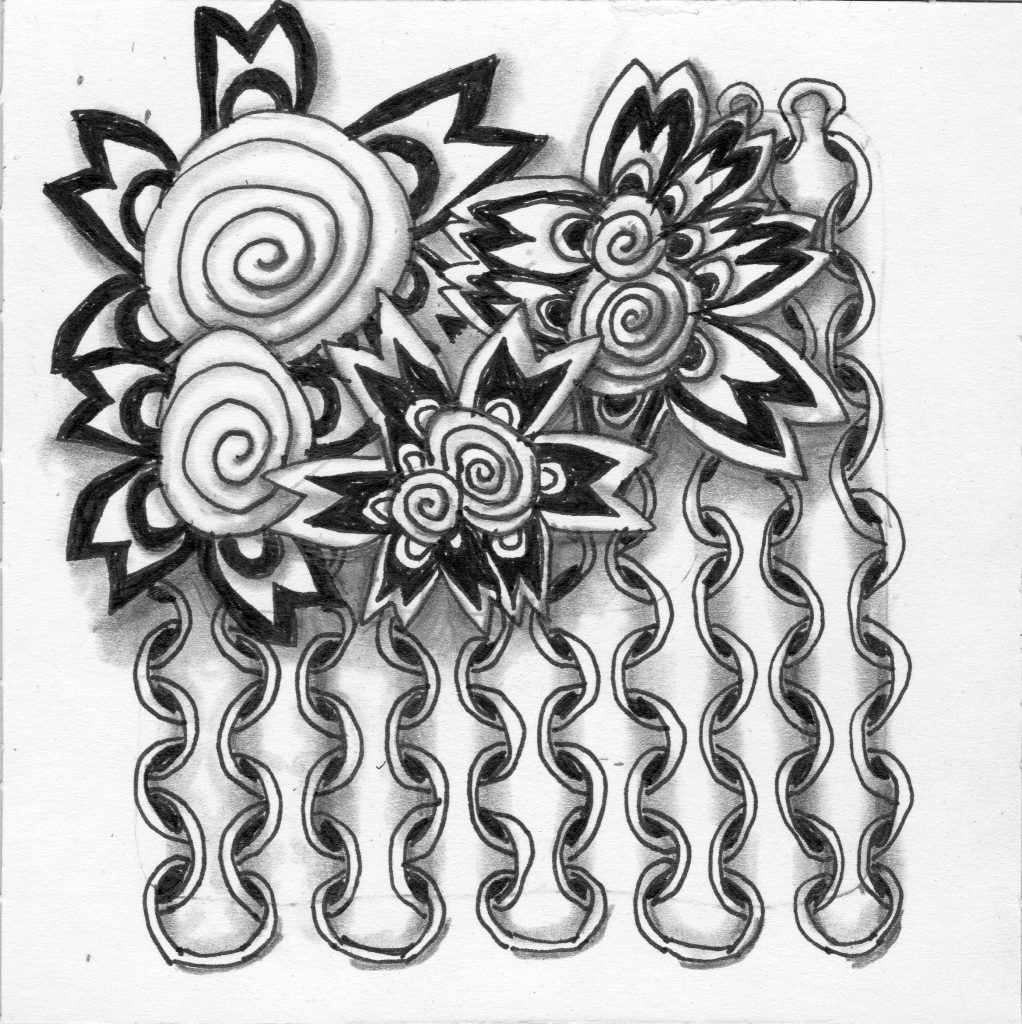 So I added a bit more. It really looks like I could’ve/should’ve used a blender a bit more but I really did do a lot of blending. 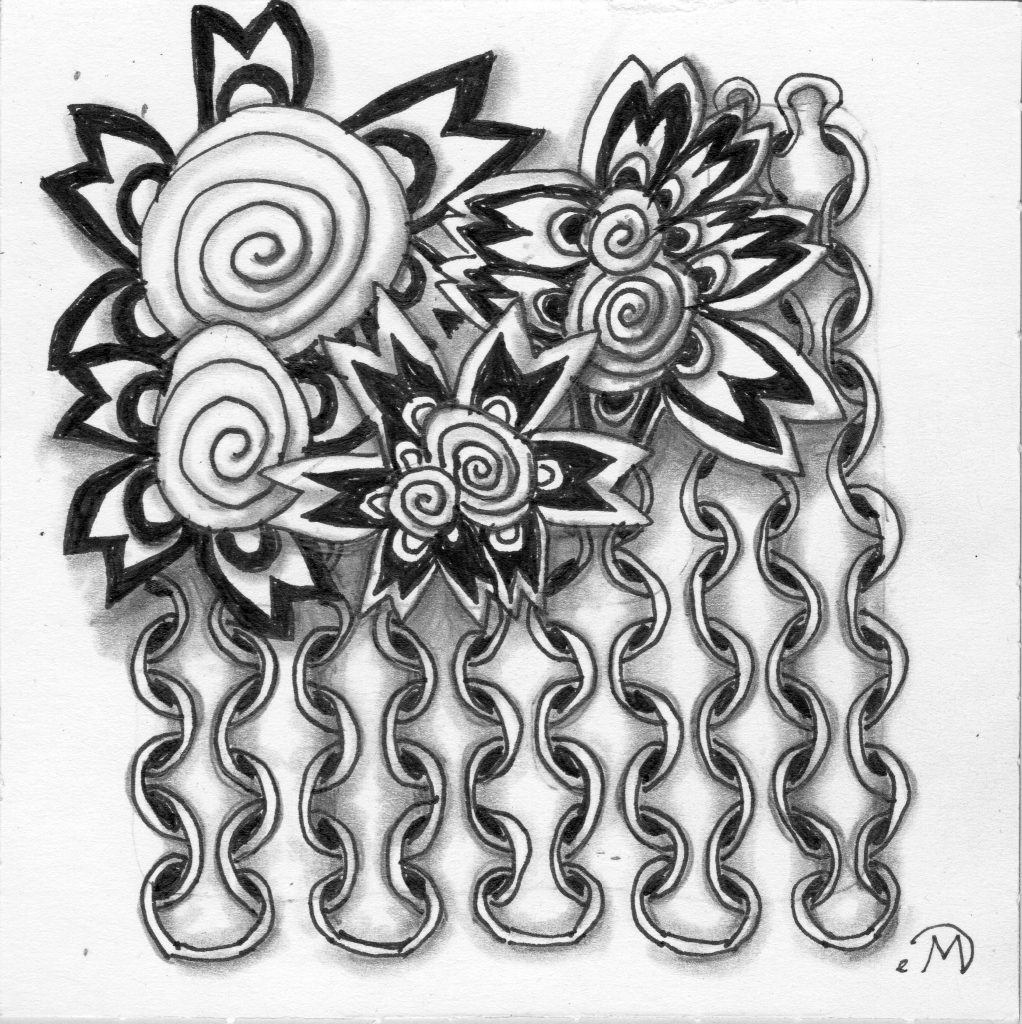 I am drawing a bit too small, so I needed my magnifying glasses to do this and it appears that I didn’t get some lines as close or as blended as I’d like but it’s getting late and I don’t have time to work on it any more. Oh well. It turned out okay I think.

Thanks again to all those wonderful people that leave comments! It is so encouraging to know that you all see progress in my work, and especially shading. The Zentangle community is awesome! Thanks for sharing the love here!