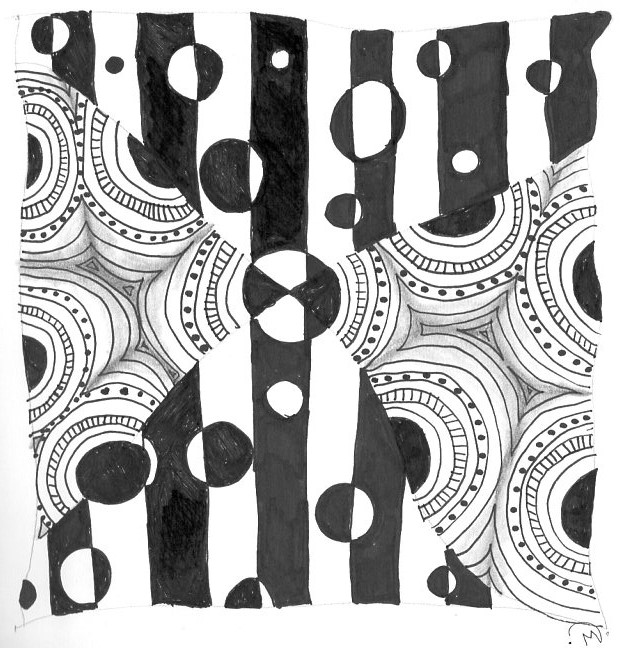 This isn’t officially a Zentangle because I did this one on a larger scale. I drew it in a nearly 7″ square drawing book. Here I used Strircles and a variation of Crescent Moon. Crescent Moon is really easy; a child can do this one easily. Strircles takes a little more attention to ensure that the right parts are colored in. (If you click on the tangle names above, a new tab will open and take you to the directions to draw these. Strircles is about halfway down the page.)

Strircles is much easier to draw than to pronounce.

Basically, you draw some stripes. Now draw some circles going over the lines of the stripes as desired. Next decide which stripe you will start coloring in; as you color it in and you come to part of a circle, leave the portion of the circle in the stripe open/uncolored. Then go to the stripe beside it and leave the stripe open/uncolored but color in the portion of the circle that is on this stripe. Keep rotating between colored and uncolored stripes and circles.

I didn’t want so many empty spaces above my semi-circles, so I filled in some with other lines or dots to add variety and interest.

I hope you will try your hand at this, as it is really very simple and can be stress relieving too.