Well, last weekend was moving weekend for my 70+ year old parents. Tiffany, Mom, and I packed up the kitchen in the old house on Thursday and we were so busy that I failed to get even a single picture.

Then on Friday we went to the new house around noon and started UNpacking the kitchen boxes into the new kitchen. It was a little overwhelming because we didn’t have all the shelves lined yet and Tiffany couldn’t go her usual “speedy Gonzales” speed because she had to find out where Mom wanted things.

We managed to get most of the kitchen unpacked before it got too late. I really think it is important to get the kitchen usable as quickly as possible; even more so if you live in the country.

We got home and my guys were already here. Tiffany was a trooper and made chocolate chip pancakes (Trim Healthy Table Cookbook pg 341 ) for dinner. YUM!

While we were unpacking the kitchen, my sister, her husband, and Dad were unloading boxes into the garage . . . at least I think they were . . . we were so concentrated on the kitchen that I didn’t focus on much else. I know my nieces helped Tiffany, Mom, and I in the kitchen. My brother-in-law’s brother and nephew came and helped him move in some sofas and such. (See I don’t even recall what anyone else was doing . . . I was very focused on the job at hand and knew other people had the rest under control.

That evening some guys from the church they go to came and helped move the big heavy, bulky items. What a blessing that was!!! Saturday we went to the new house around 10:00am. Brian, Lauren, and Liam were on their way up from OKC. We talked game plan with my parents and headed over to the old house to get much of what was left. Liam even helped.

Here’s where we get some cuteness pictures because he was a cute little helper.

We found boxes safe for him to carry. 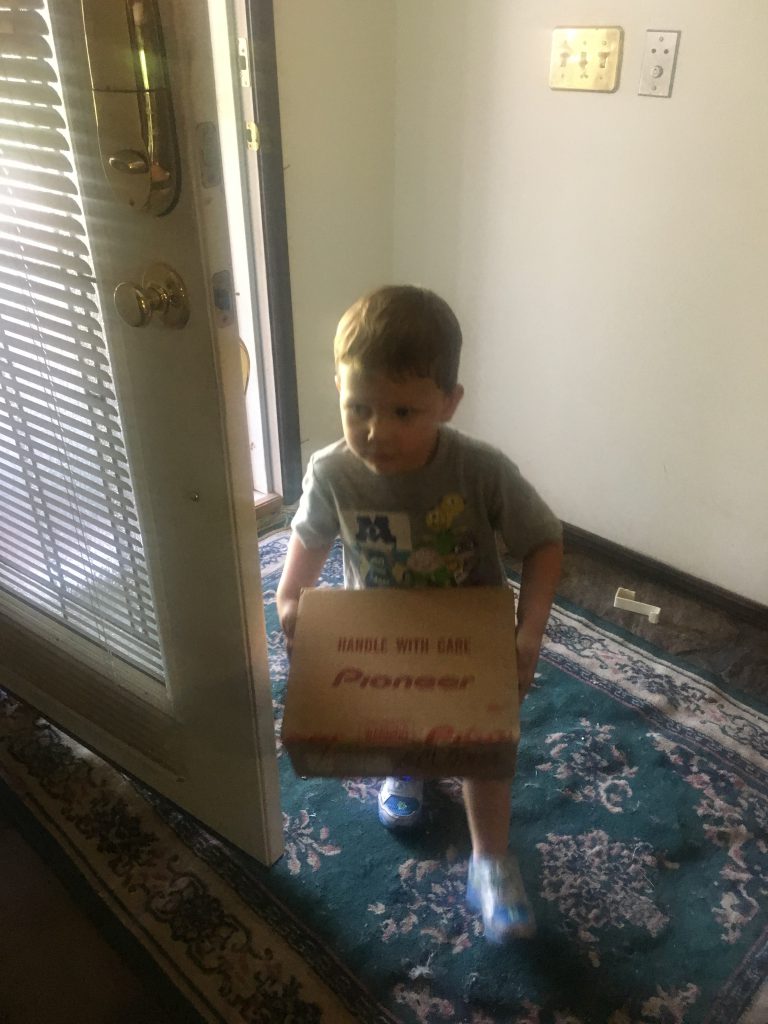 And sometimes other containers were just his size and light enough for him to help carry and hand off to Papa. 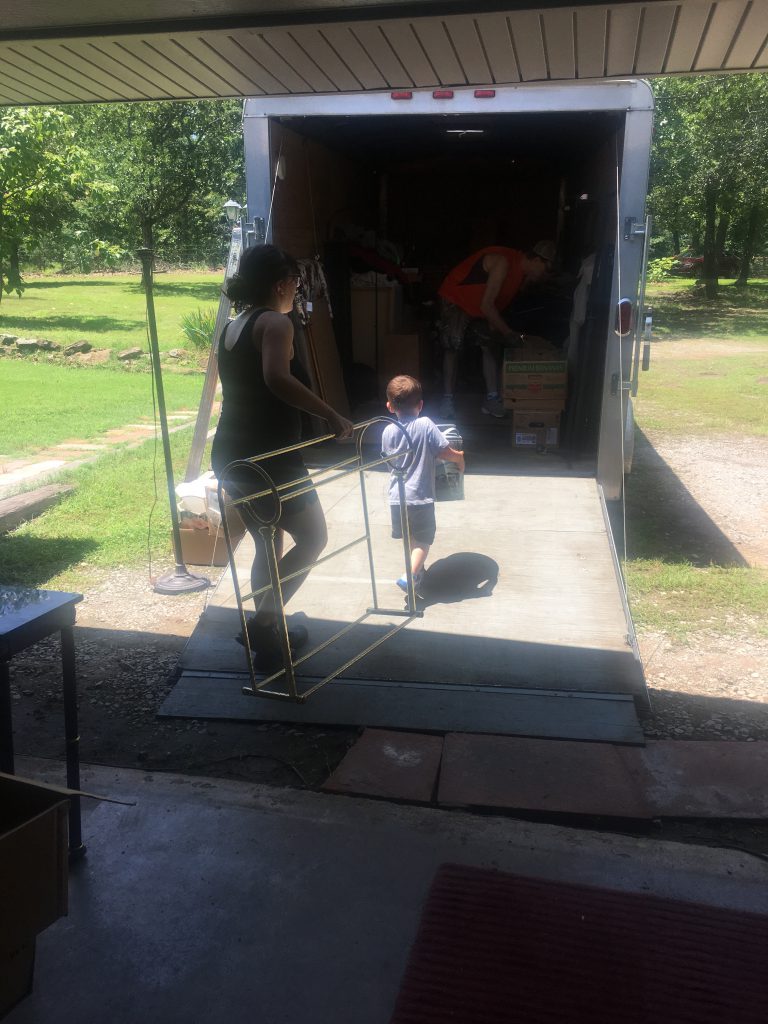 Gotta help Aunt Tiff put this one on the truck too. (Forget that we didn’t need to take this one after all and it ended up having to go back.) 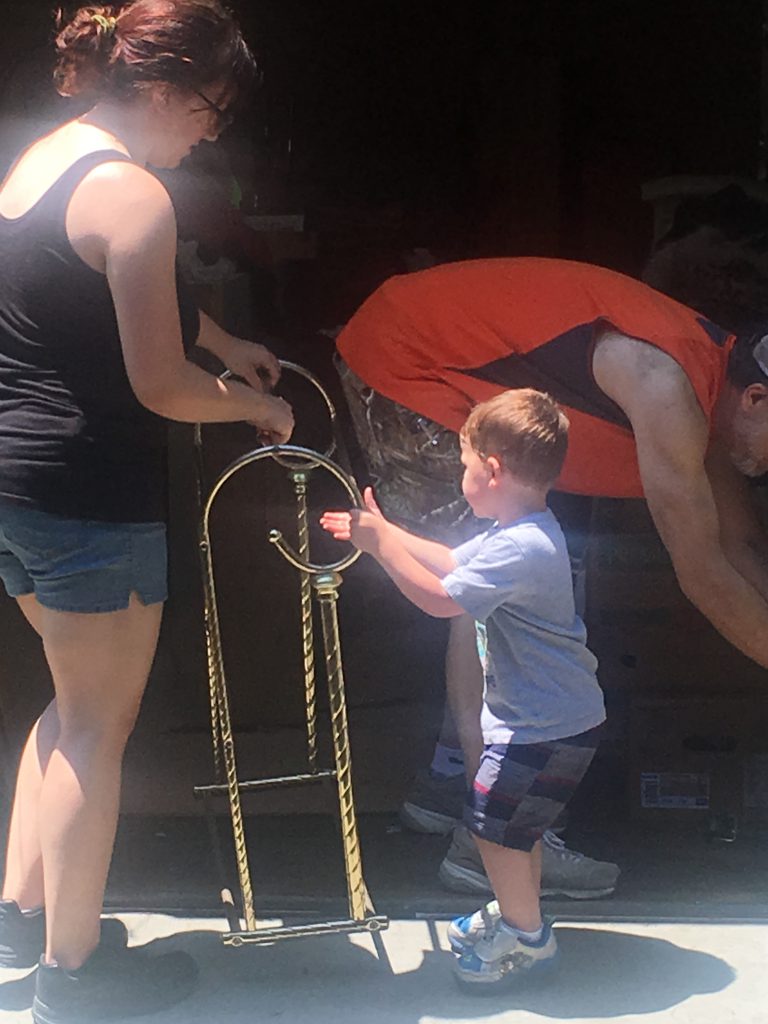 We all headed to the new house where my sister and her family were working away. Her hubby had mowed the lawn–so much rain has caused the grass to grow quickly around here; ours is in need of mowing again too.

We got things unloaded and then we all headed to the little Mexican restaurant nearby for an early dinner treated by my parents. The fajitas I got were delicious; although if I should go there again I would probably get the chicken or even veggie ones as both sounded good and some of my beef was a bit chewy, if you know what I mean.

Brian, Lauren, and Liam headed over to give my brother-in-law a hand with changing the mower blades afterwards and we four came home, got showers, and proceeded to relax for the rest of the evening.

Since Brian, Lauren, and Liam were here, we didn’t go to church Sunday morning and had a nice leisurely breakfast of pancakes and sausage. Liam gave some bread to the chickens under Papa’s supervision. 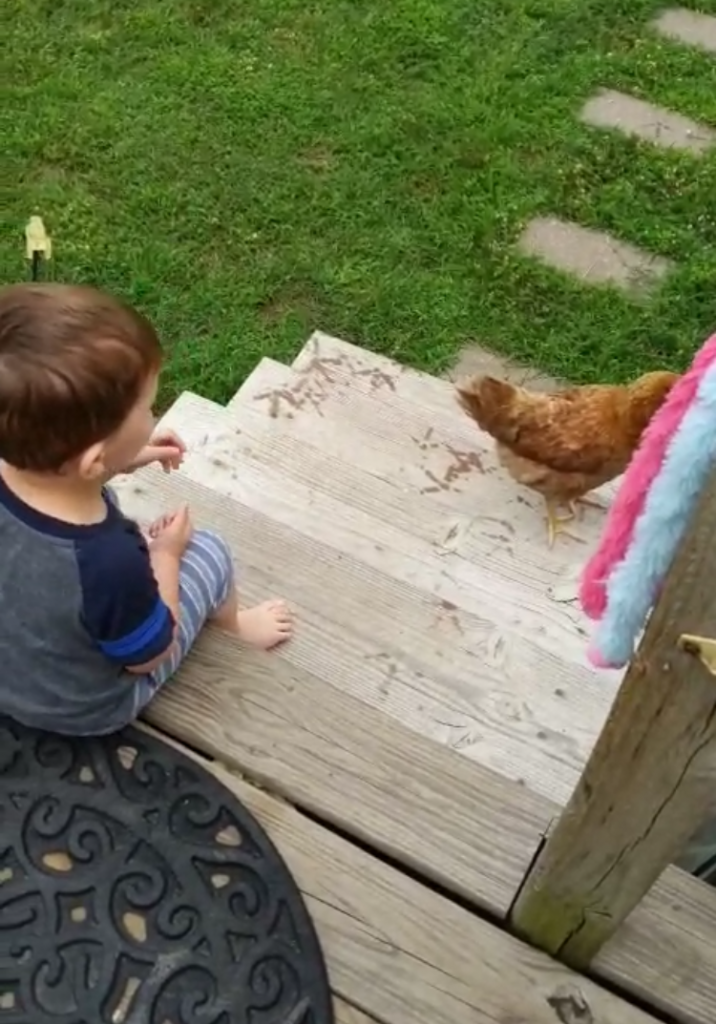 And he played play dough with Grandma for a bit. I’d roll out some dough and roll it into a snail and he’d take them and put them away. 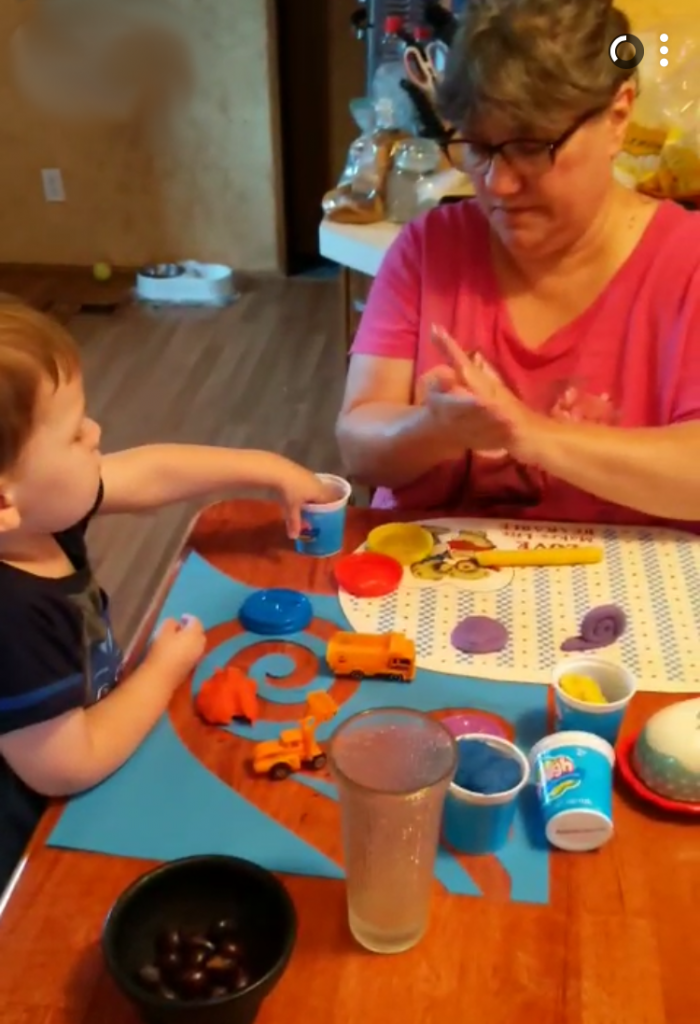 We put little play dough balls in the little dump truck too. It was a fun fifteen minutes or so. 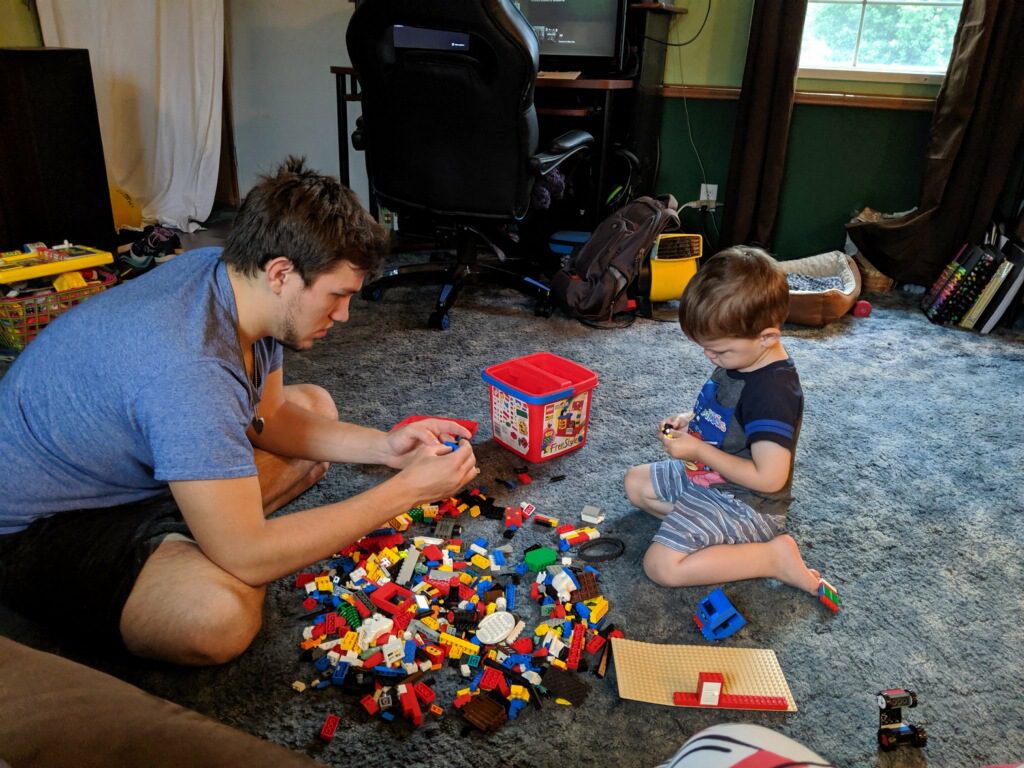 Yes, Brian and Lauren were here too.

They were the ones that actually captured these pictures for me. Unfortunately I failed to get any pictures of them this time around. There’s always next time. They won’t change as much as the little one will.

Well, I’m off for now. I’ve got some sourdough starter to feed today so I can bake some yummy bread tomorrow! I hope you have a great weekend.