Lauren brought Liam out last weekend and he had his second sleepover with us.

I really hope this gets to be something that continues to happen. I love having him around.

He got here after dinner, so he was ready for bed a couple hours after he arrived. Sadly, no pictures were taken. However, wee did get to take him to church with us this week. It was nice to be able to let these people who prayed with us for his very existence, to actually meet him.

He did very good during the first hour-long service. Although I’m sure he would have much preferred crawling around, he did enjoy my necklace and my glasses case. 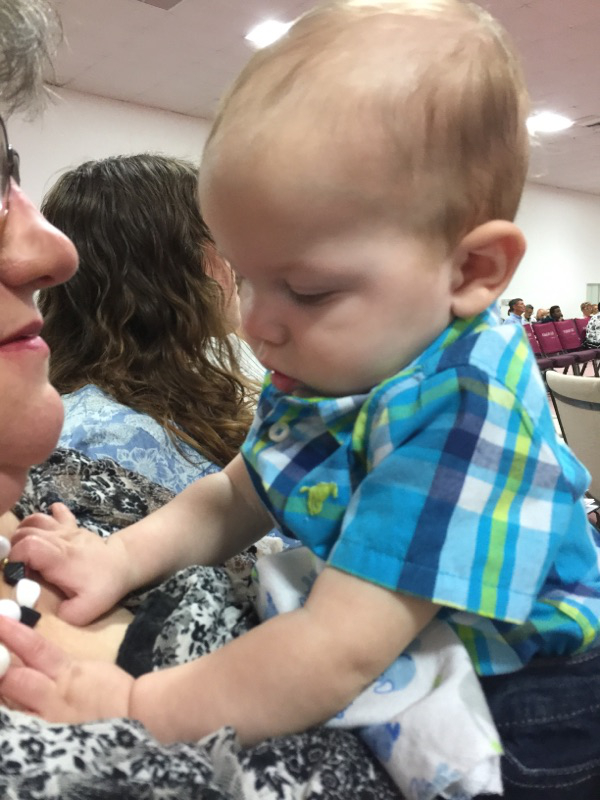 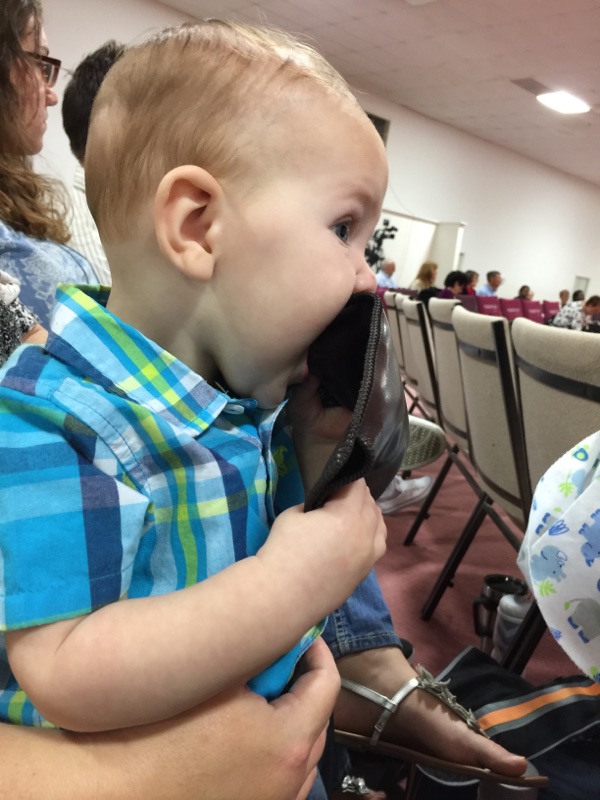 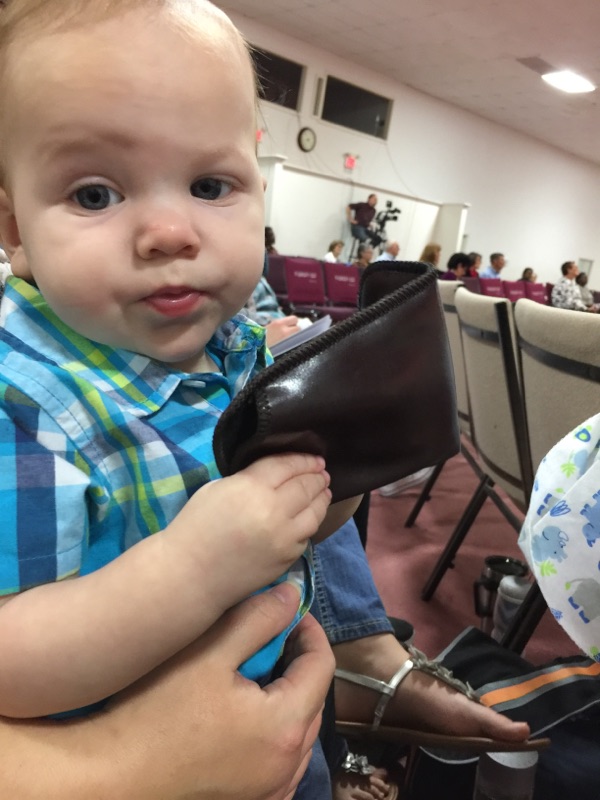 Then he was extremely interested in the chair in front of us. He loves pulling up on things and it seemed as if he was trying to pull up on this chair but couldn’t because of my firm grasp on him. 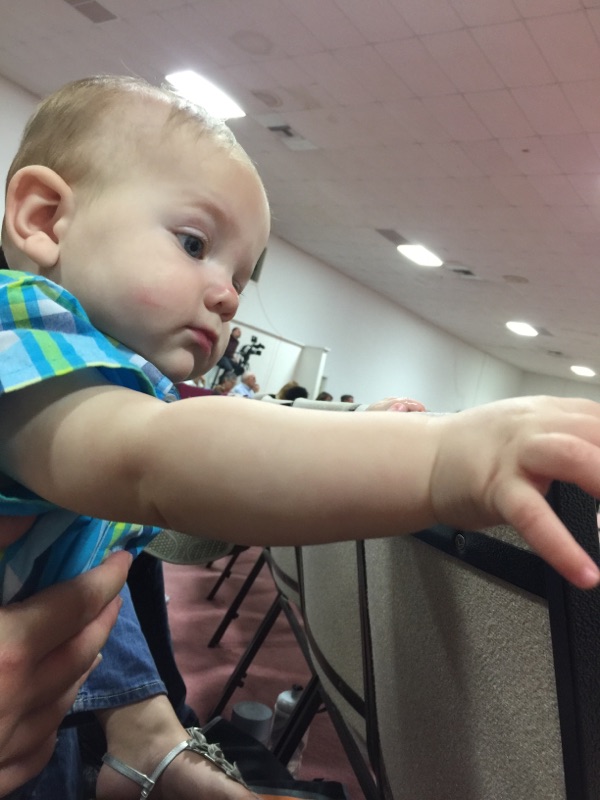 I was told that I was smiling a bit too much! 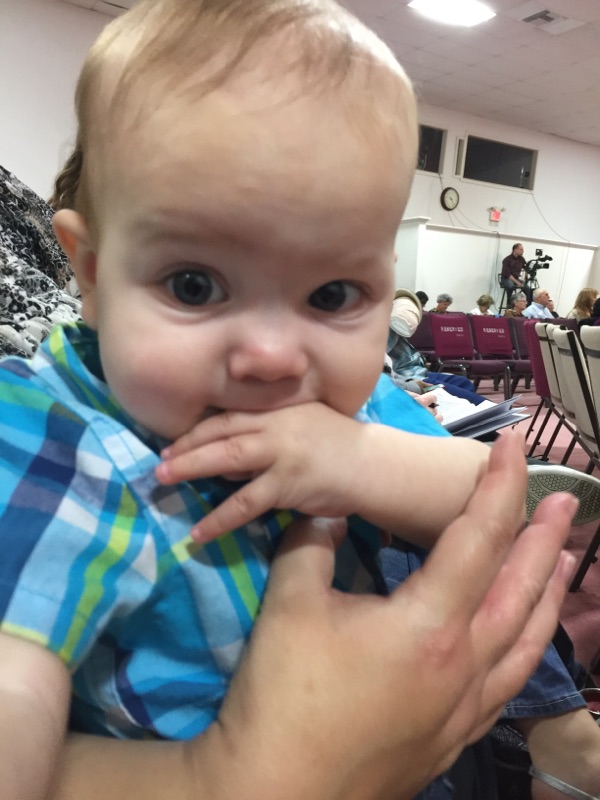 I was removing his thumb from his mouth when Michael shot that one.

Michael held him during praise and worship. Liam even raised his hand at one point.

(Hey, don’t burst my bubble! He totally was worshiping the Lord. 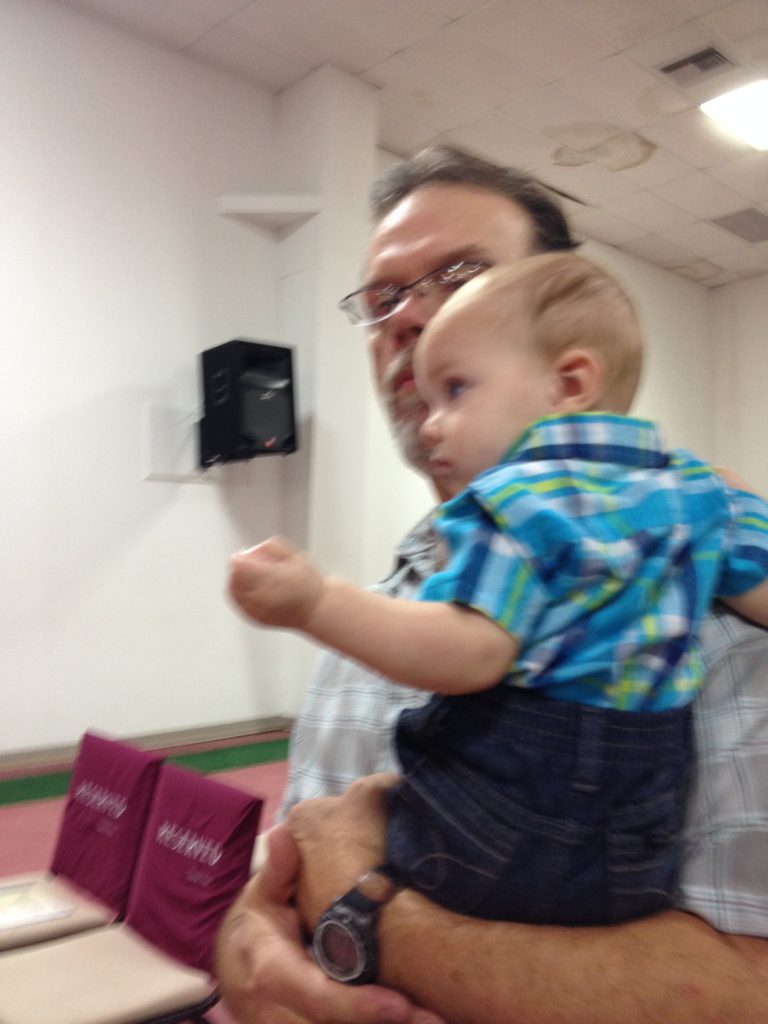 Sorry it’s blurry. As it is, I missed it when his hand was open and his fingers were spread out. (I said, don’t burst my bubble.

I held him off from wanting a bottle until after praise and worship. I figured he’d fall asleep after drinking it and hoped it would be timed well with service ending. 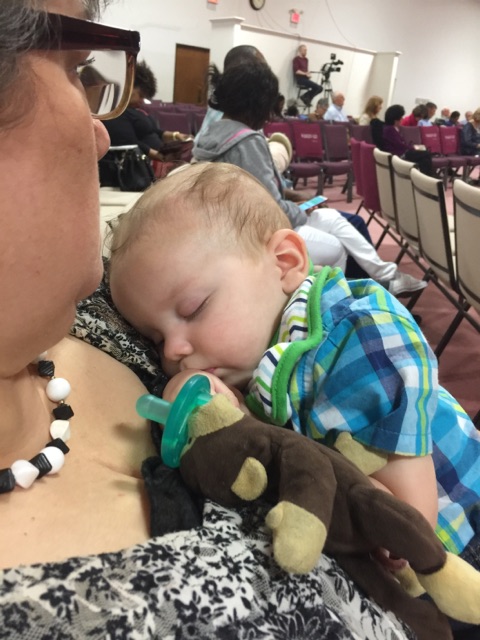 Brian and Lauren picked him up shortly after he awoke from his nap. It all timed pretty well.

I just love the little plaid shirt he’s wearing. I bought it for him because Brian loves to wear plaid. But I have to tell you, that thing was a pain to get on him!

I found out yesterday that he gets to have another sleepover this weekend! Yay!!!

Last week when Tiffany and I left to run errands, I spied one of my pretty flowers that the family bought and planted for me last year.<3 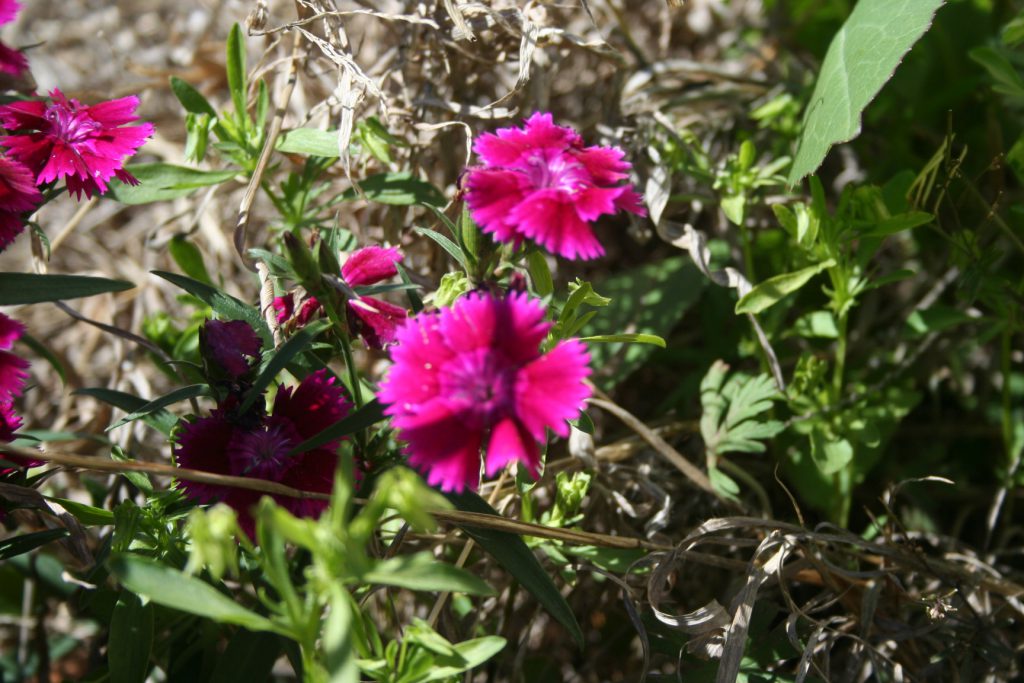 It was small last week and just a couple of flowers were barely showing but it brought me much joy on that cold day (and still). 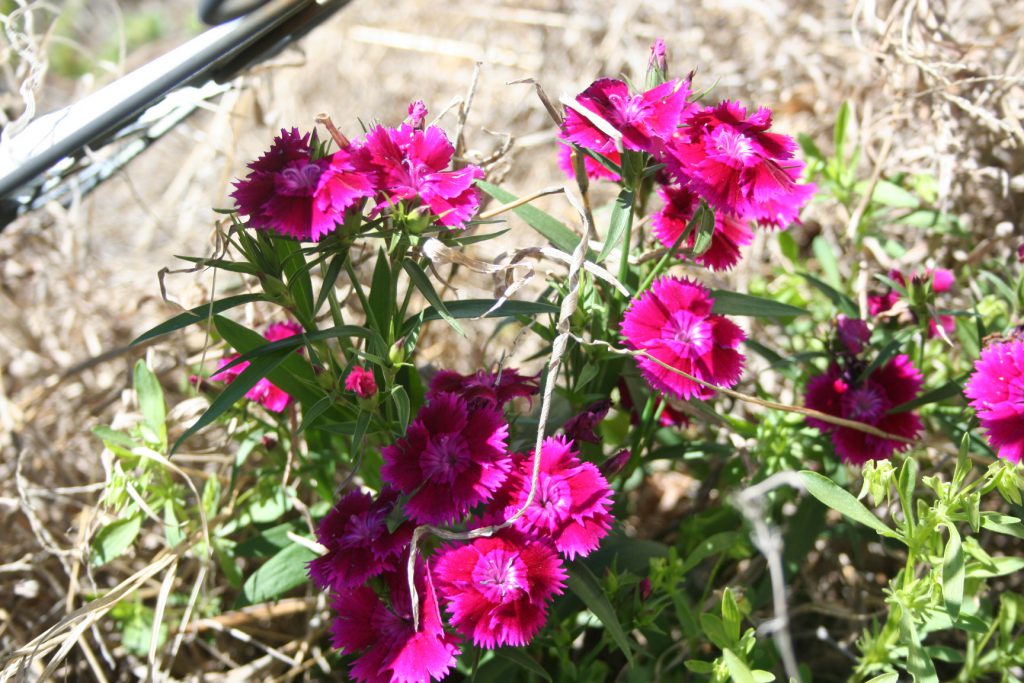 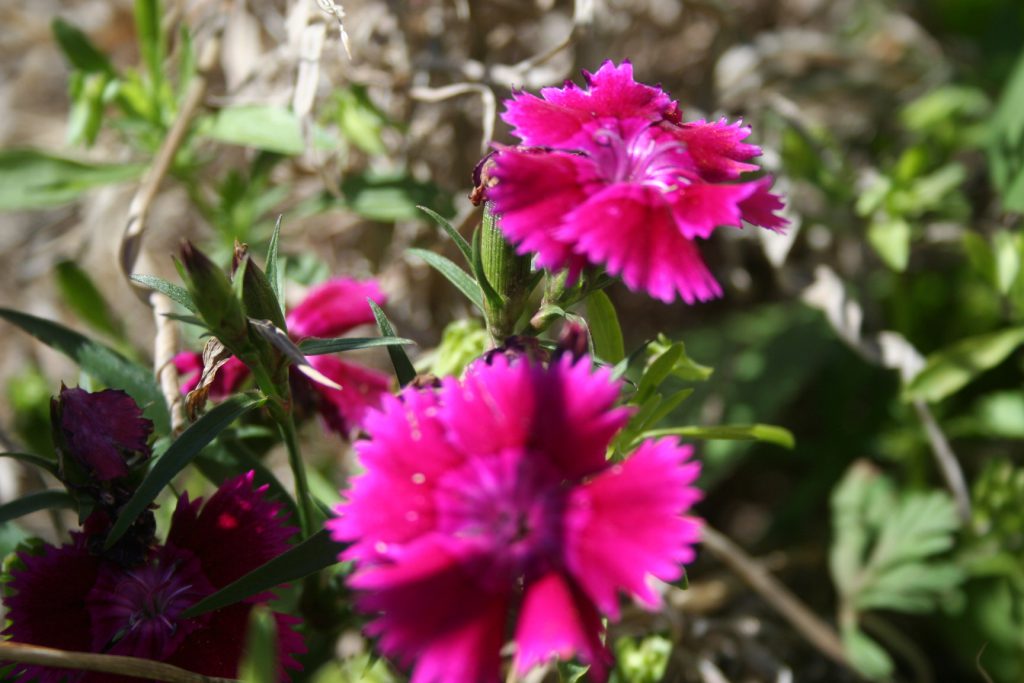 I love them!!! I think they are Sweet Williams but I’m not sure. Whatever they are, they are lovely and bring me joy.

Tiffany checked on the peach tree. We had a couple or three freezes. She thinks we may have lost some of the peaches but we still have some. I’m not sure how many though. 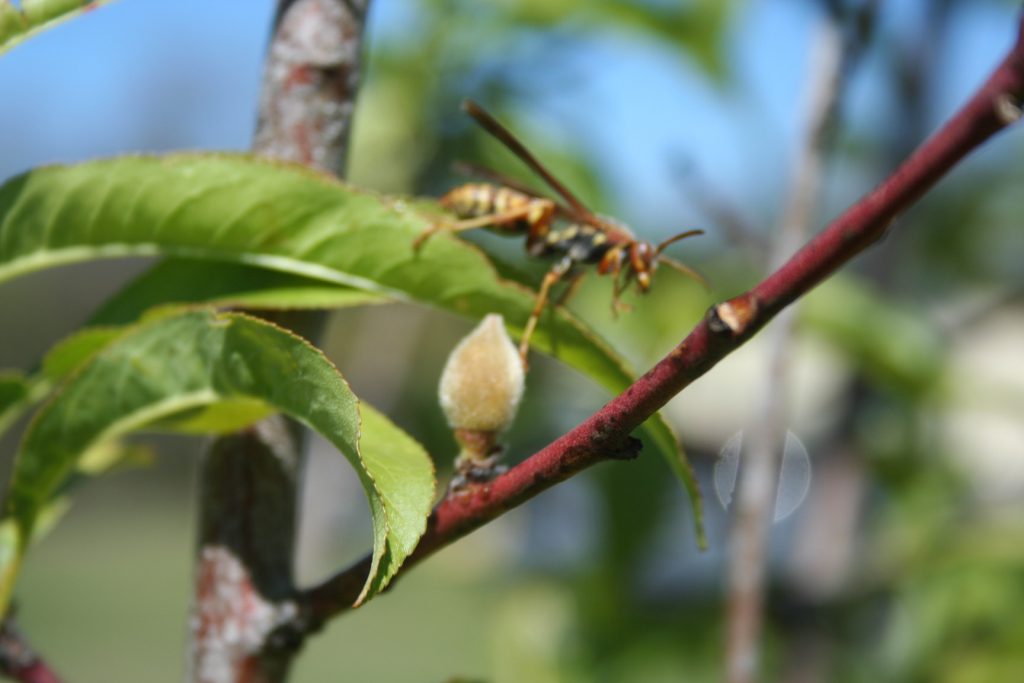 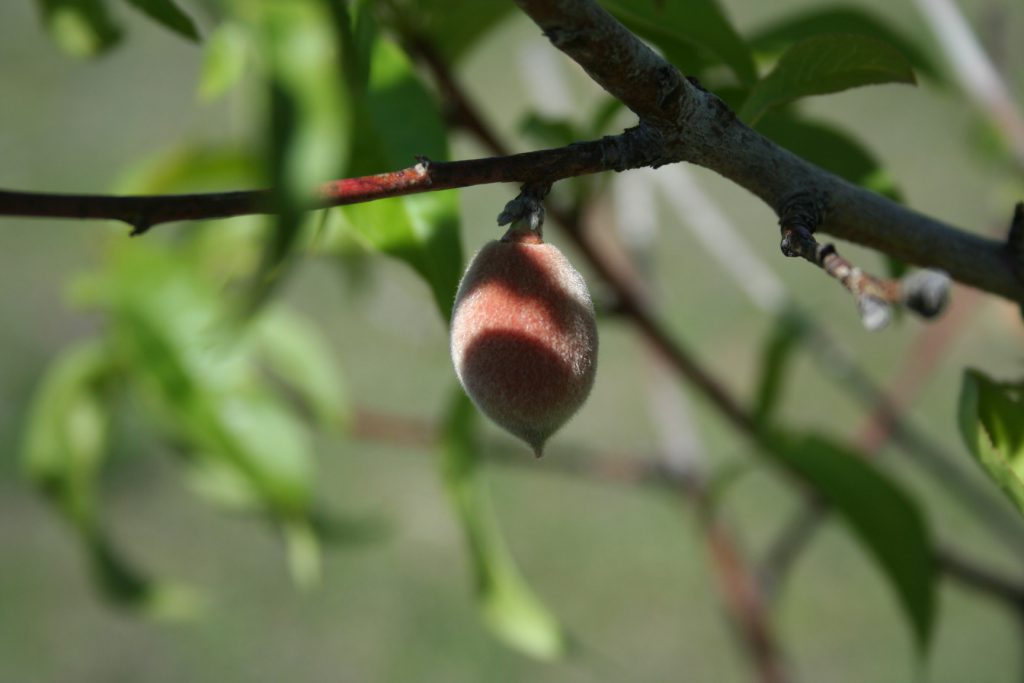 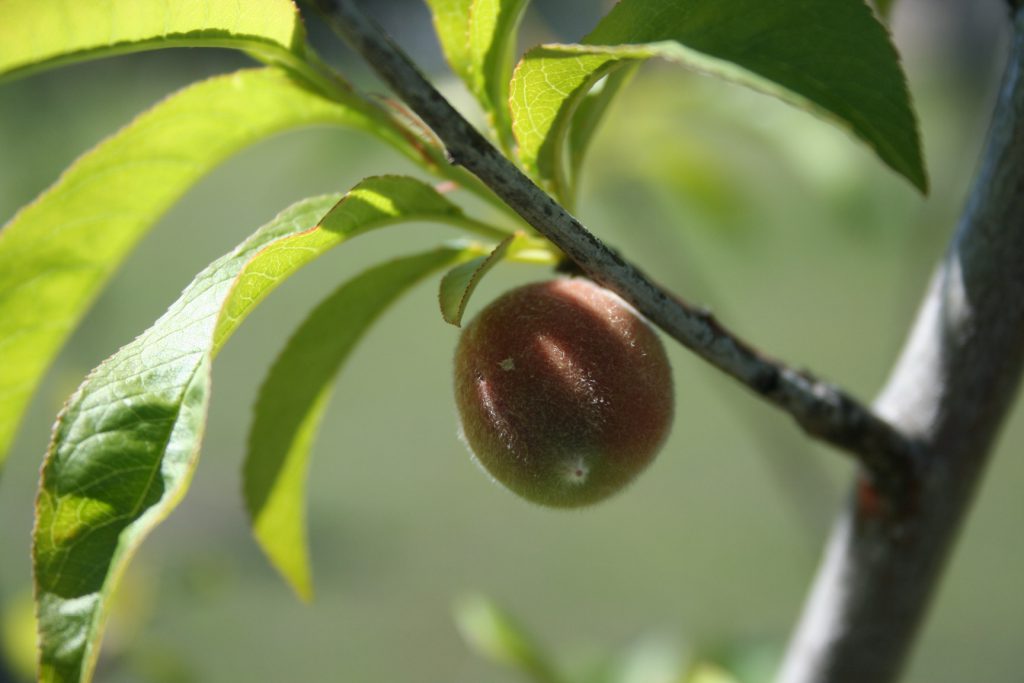 So, we know at least some of the peaches survived. I hope there are more than we think.

KitKat’s kitten is cute. She now comes to Tiffany. This is a vast improvement over most of the kittens we’ve had. Here she’s peeking out from behind her mama. 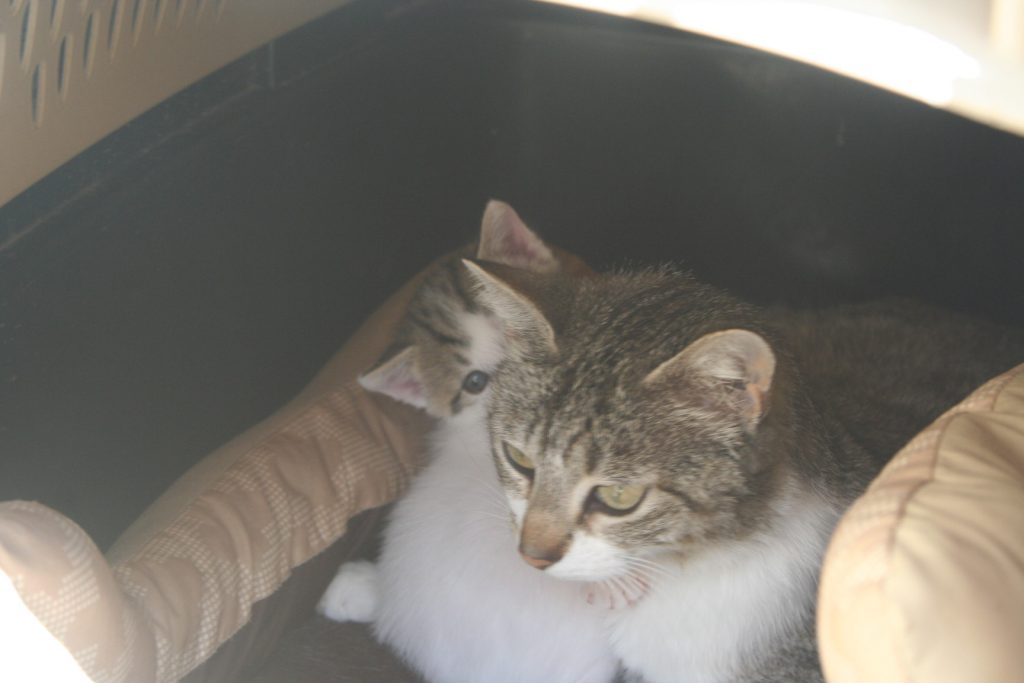 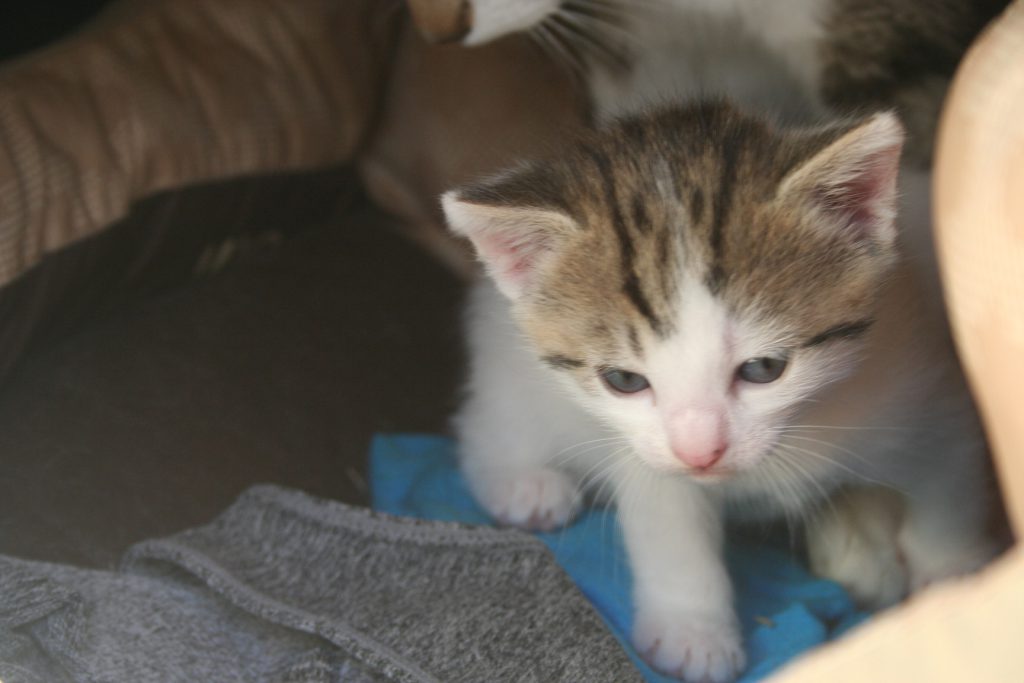 We call her Patches because she is mostly white with some patches of tabby.

Well, I’m going to run for now. I hope you have a great weekend.

1 thought on “More Liam, Flowers, Peach Tree, and a Kitten”