The big thing this week has been dog-sitting for my sister and her family this week while they were gone. They have a golden doodle, German Shepherd, and a schnoodle. The first two are still puppies but large dogs. The third is the sister to Tiffany’s inside dog and they are about six years old.

Sean is the one they asked to dog-sit for them but since they moved out near us and are no longer in town, Tiffany and I go over and spend some time with the dogs for a while, so he doesn’t have to and he can be home with us.

Then when Michael comes home from work, he goes by and lets them go outside and relieve themselves and stretch their legs a bit.

Last weekend we all went over for a while and watched a movie while we were there. Michael took popcorn with him because he doesn’t like to watch movies without popcorn. As you can see, he had the complete attention of these two. 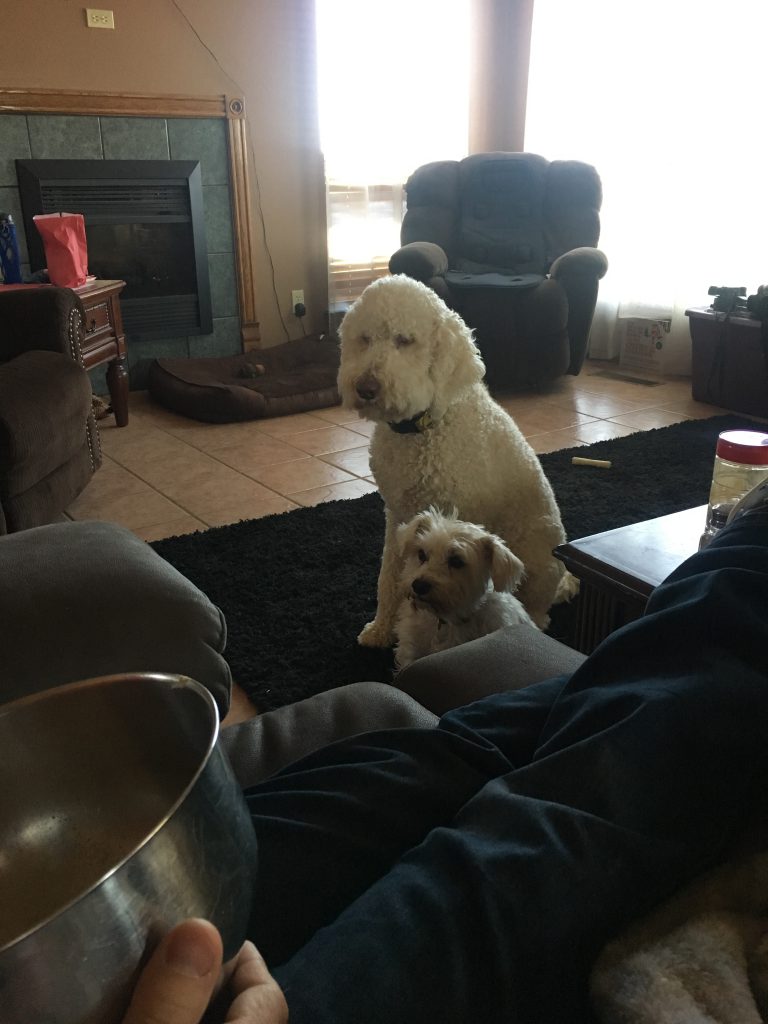 When we get there, they are READY to get outside! Then they come in and get some lovin’ from Tiffany and I and then they stand by the back door. So we cave and go outside with them and let them run off some energy. 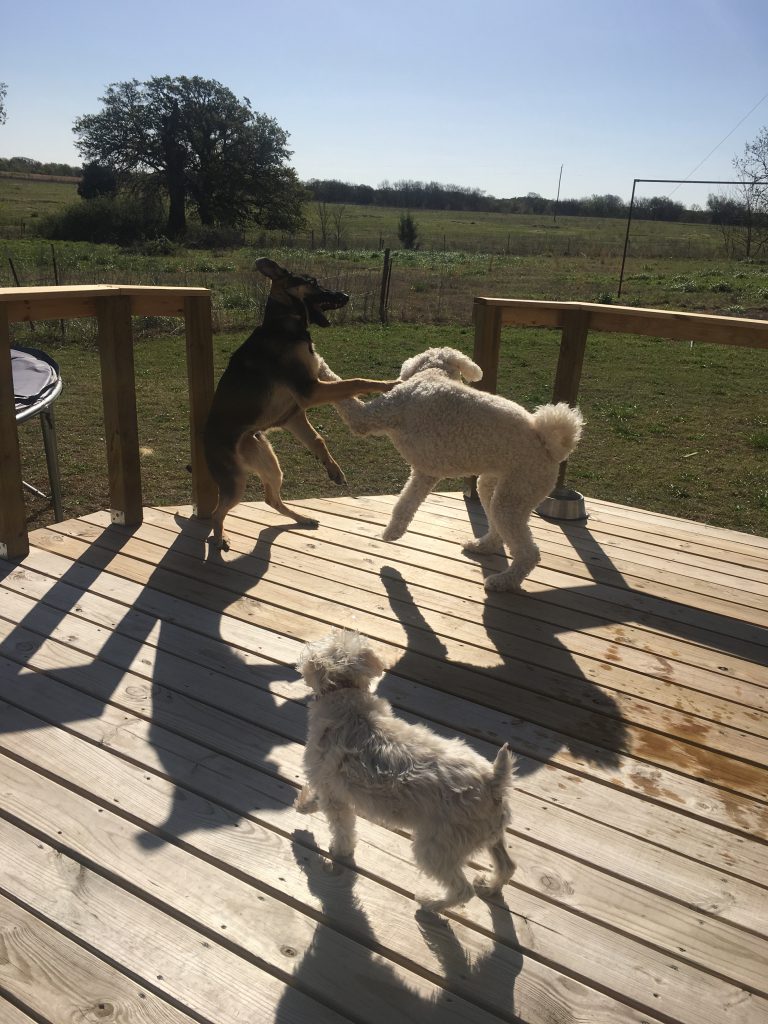 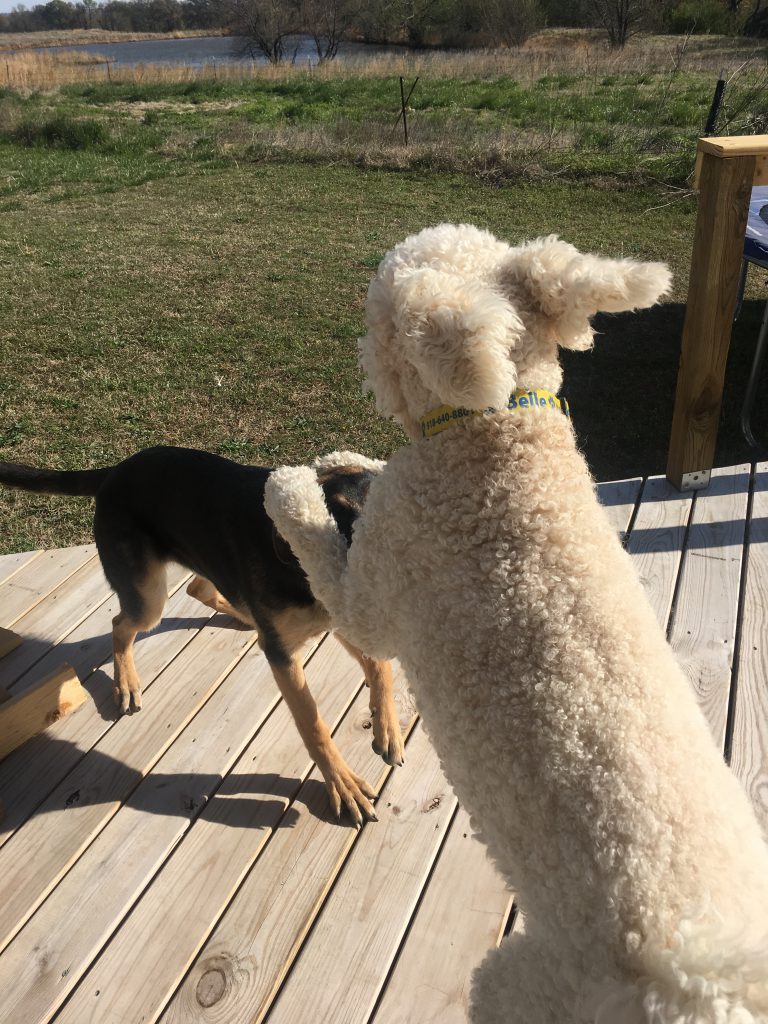 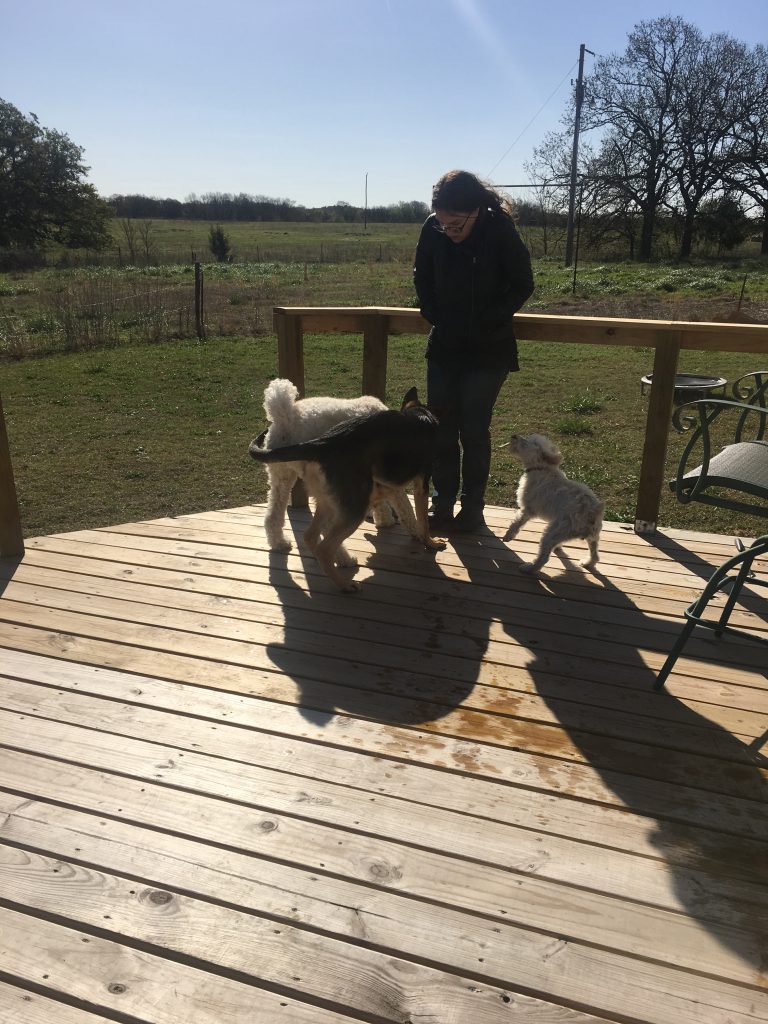 We give them some water because they are definitely letting off some steam. The run and wrestle and even get on the trampoline with Tiffany.

The wind was really kicking the day I took the pictures, thus Tiffany looks miserable.

The German Shepherd did a lot of playing when we came back in, most days. But eventually went to her perch to sit for a bit. 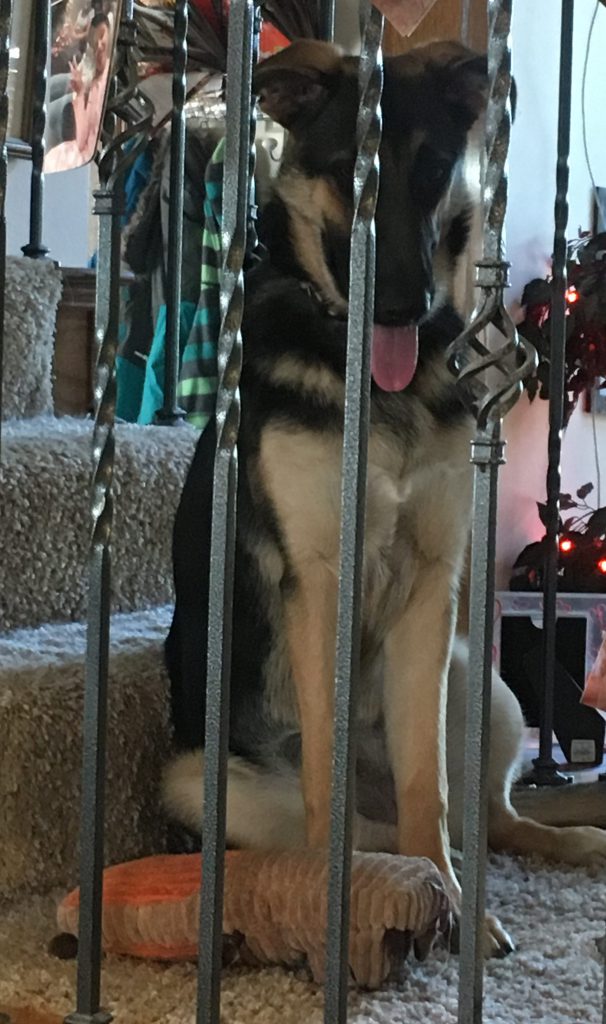 But the other two planted themselves at our feet. 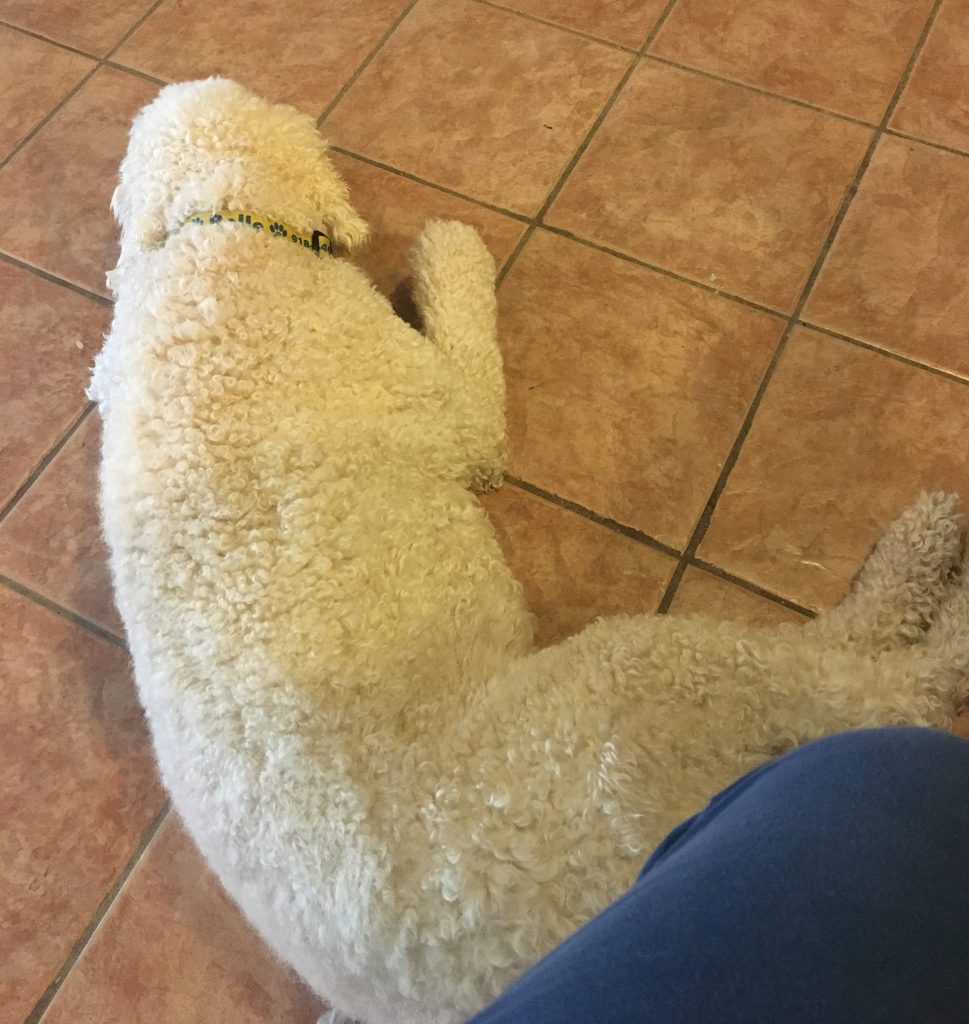 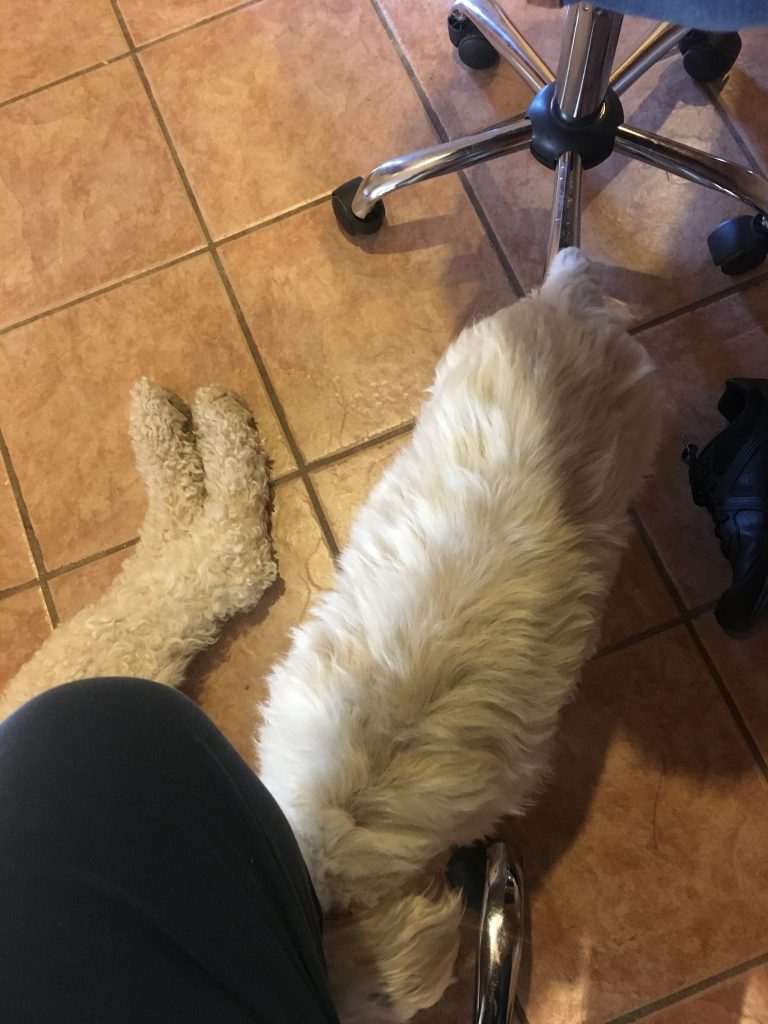 I noticed my perennials are up!

This one has lots of buds on it. 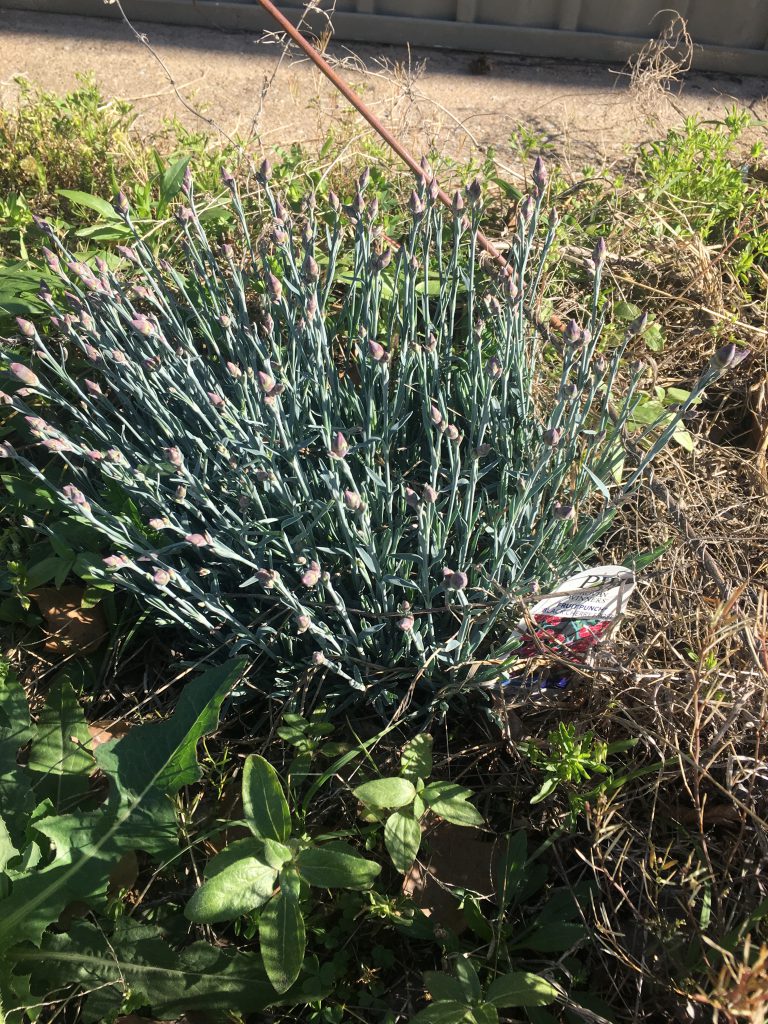 Yes there are lots of weeds around it but it has the promise of some pretty blooms soon, in spite of the odd temperatures this year. Of course, I’m not complaining, I’m glad it is cool longer. I’m hoping we do NOT get any triple digit days this year.

My Sweet Williams have also started making their appearance and they are in need of me removing the weeds from around them as well. 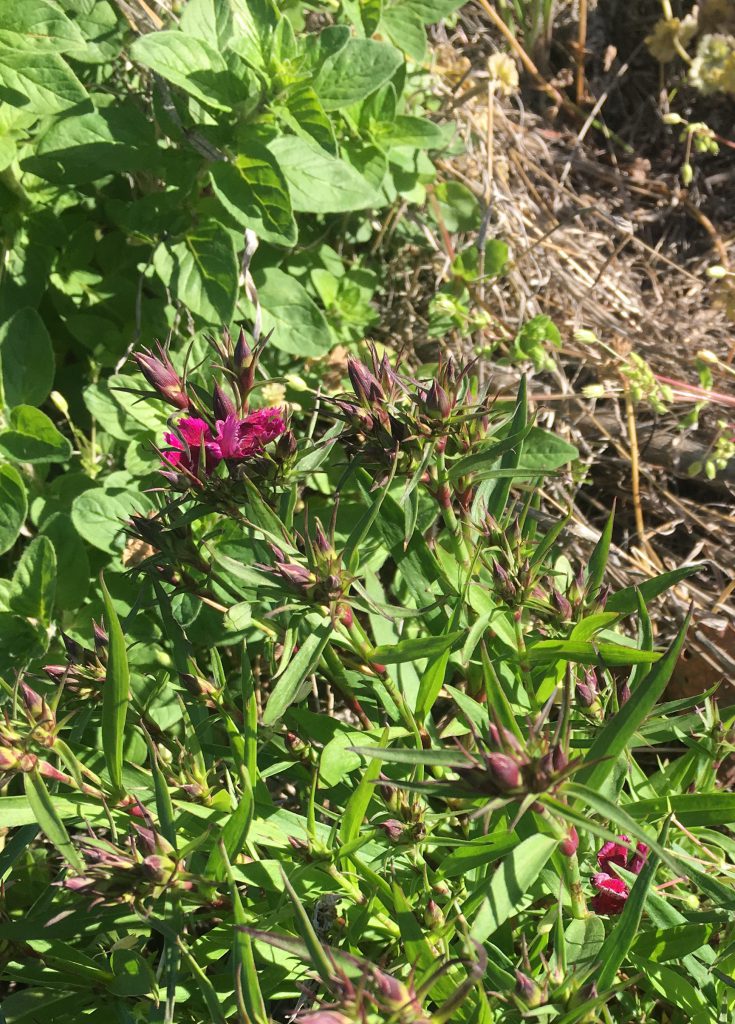 They are going to be so pretty when they bloom in full.

They bring me so much joy.

Then I saw this. I think it is my oregano. 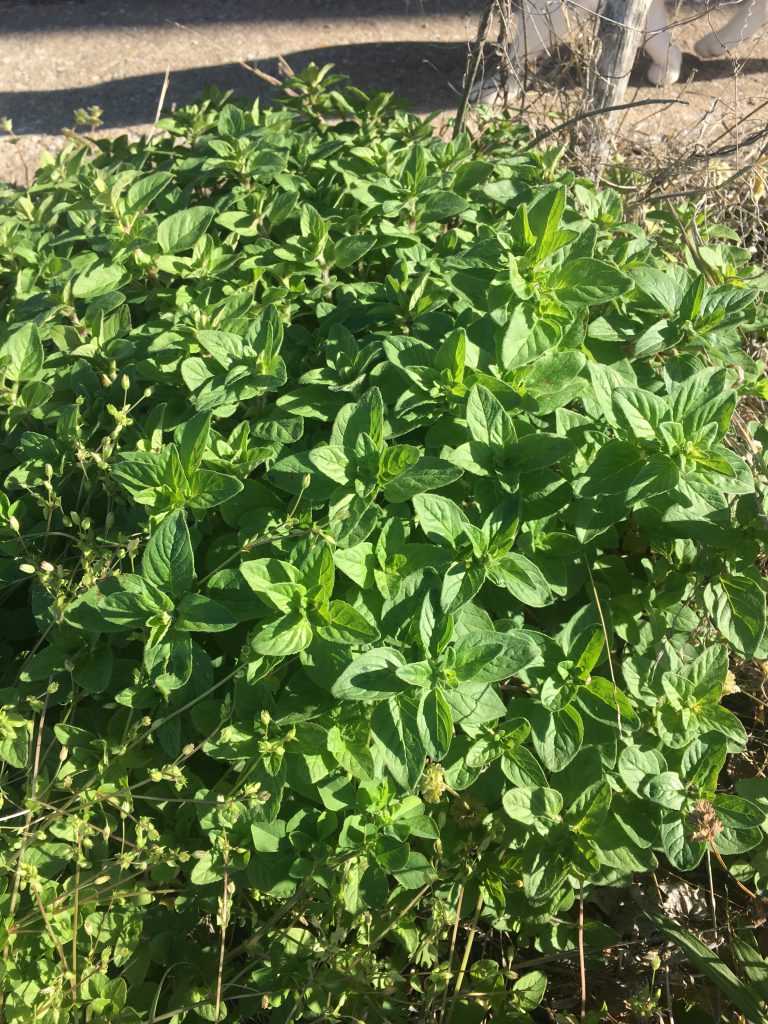 When we planted it I thought it was a perennial but then it seemed to die before it got cold and I thought it was gone. I had also planted some basil and I think it really is gone, but we shall see.

Well, that’s it for me. I don’t get a whole lot done when I leave the house every day, so I’m looking forward to next week and getting back to my routines and maybe even actually enacting the new parts of my routines too.

I hope you have a wonderful weekend. I intend to.