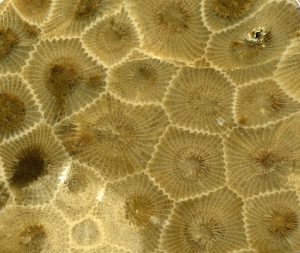 This week’s guest challenger, Jane Reiter, challenged us to tangle like a Petoskey Stone found in Michigan. Here is one picture I found on wikimedia commons taken by James St. John. If you click on the like you’ll go can see some nice pictures of Petoskey stones on the challenge post.

Anyway, since most of the pictures Jane posted had black centers to each hexagonal shape and white lines, I decided to use a black tile and white pen. I wasn’t sure how it was going to turn out because I’ve not done a white on black tile in quite some time! And when I had, I wasn’t much of a shader yet but as we have seen here, week after week, shading saves my tiles now.

So I was a bit concerned about how it would turn out but decided to dive in anyway.

I also decided to just do this challenge all by itself and as a monotangle of sorts.

One thing I noticed was that the shapes were not uniform size and sides, so I tried to just let myself go and draw random lines. I started with a central shape and worked out from there, imagining that the shapes continued around the side of the stone edges.

I drew my dots and border with a regular pencil, not sure if I wanted it to be seen or not in the finished tile. 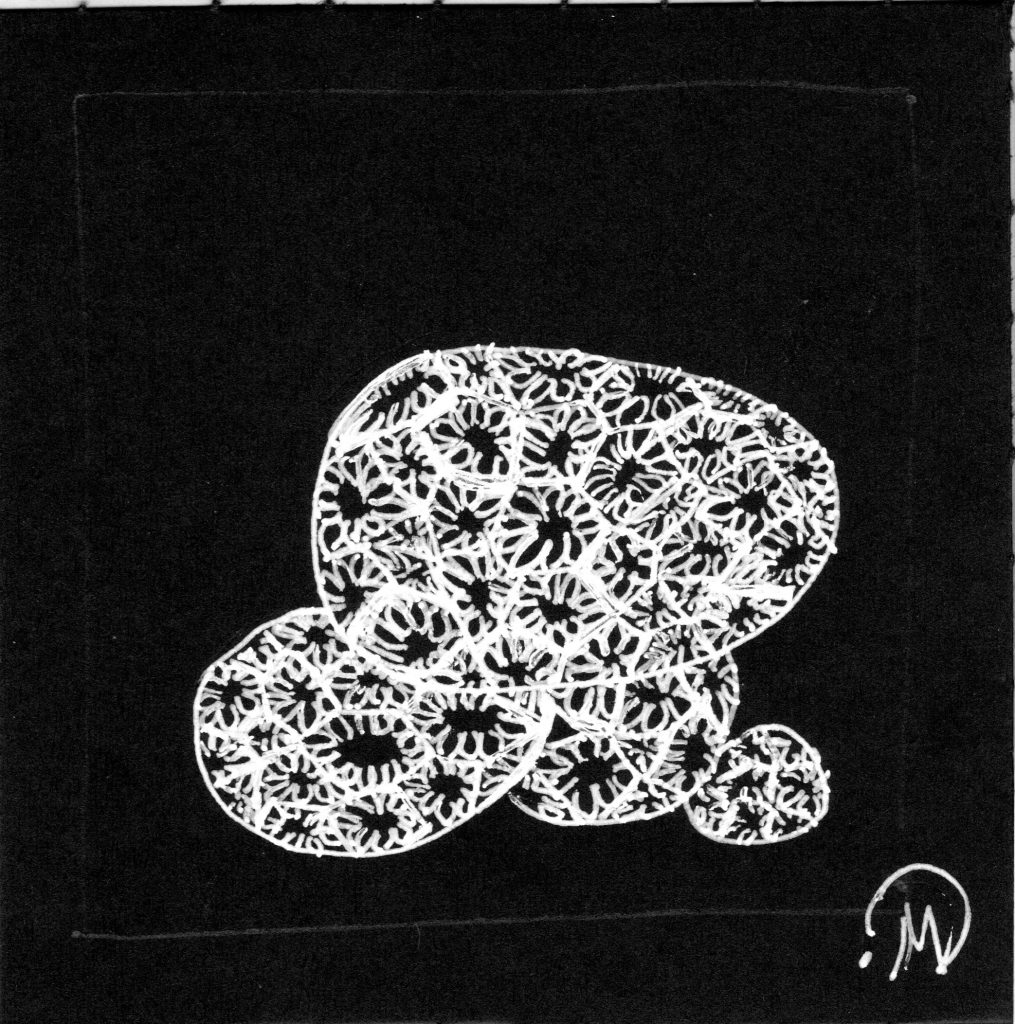 The lines aren’t as thin and delicate as in the sample pictures but it’s what I had to go with. I guess maybe I should look for a finer nib white pen. Any suggestions?

I started shading with the white pencil that comes with the black tile package from Zentangle and used my dedicated tortillion for smudging white. Then I decided that it needed more depth and got out my black 6B pencil to add some overlap shading. Then smudged it in with one of my usual blenders. I kept fiddling with it until I had added some regular #2 pencil graphite as well.

Then I decided to use this woodless white pencil a bit and also use it for the border. 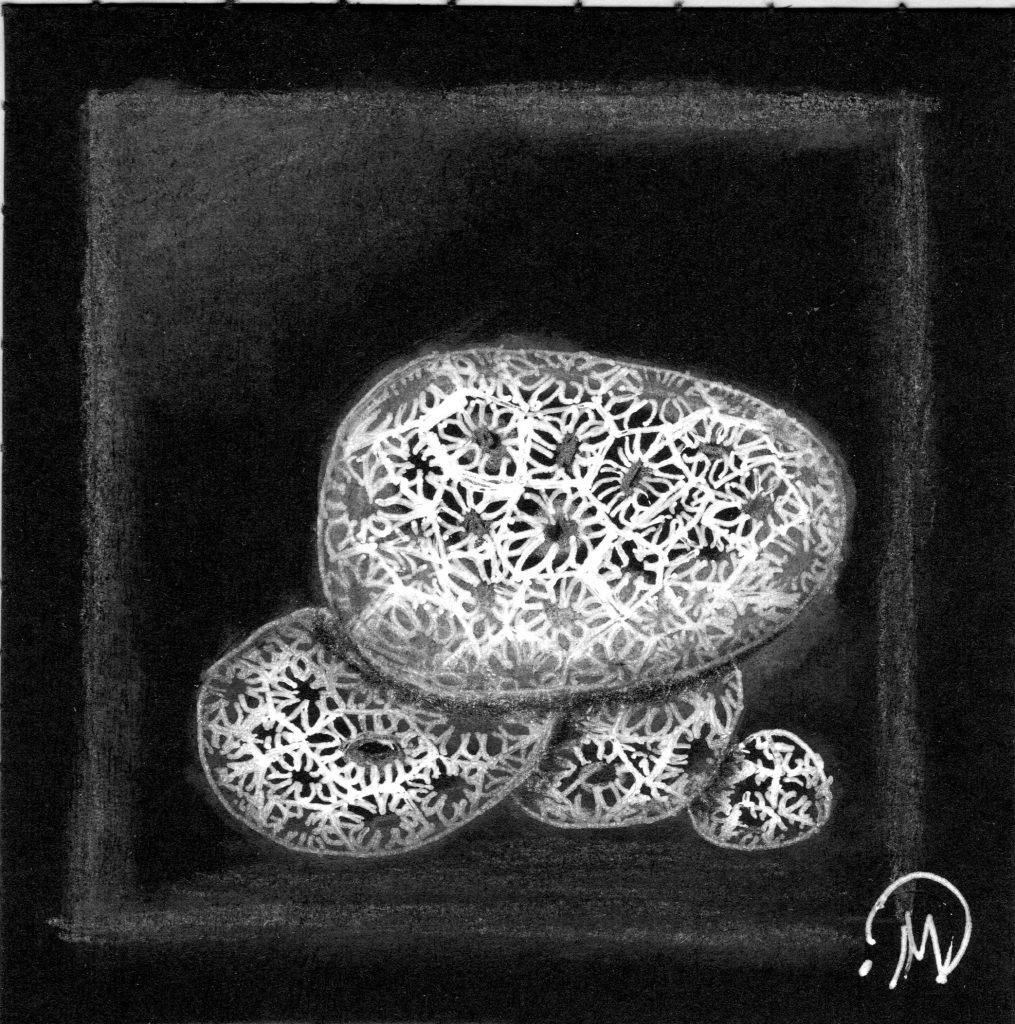 It reminds me a bit of the Ice Pebbles in the Zelda game Breath of the Wild, because it has the longer rock on top and then a couple smaller ones underneath.

I appreciate you stopping by and want to thank, in advance, those who take the time to comment, you are most encouraging!