Well, this week was Cyber Monday. Usually I have my Christmas shopping nearly completed by Thanksgiving but we got a very late start this year and it seems that Thanksgiving is a little earlier. I think we have an extra week between Thanksgiving and Christmas, so I’m giving myself grace in getting my shopping done this week.

Monday was Cyber Monday and generally I don’t do any shopping on that day but this year Trim Healthy Mama was having a big sale. I knew they’d start it at midnight but I didn’t want to stay up that late. Sean is a sweetie and likes to buy in bulk, so he gave me some money to get some much needed stuff.

I was like a kid at Christmas. When I awoke at four in the morning and went to the restroom,  couldn’t get back to sleep. I was so worried that the products I wanted would be out of stock. Silly me!

I finally stopped fighting myself and trying to get to sleep and just went ahead and got up. I prepared my THM order and shortly thereafter the household started waking. I got my order placed before six thirty.

After I got Sean fed and his lunch made and him sent off to work, I started working on my online Christmas shopping. It took a while but I got it mostly all done. There are a few things I have yet to work out but I’m in a much better position than I was this time last week. It’s tiring to online shop! Just sayin’. 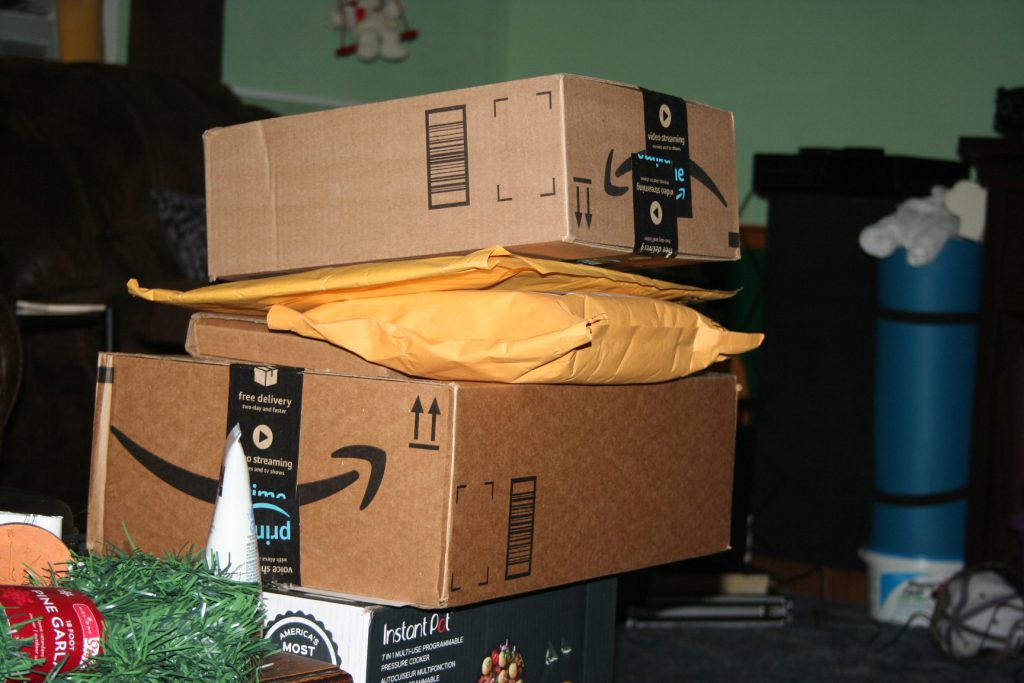 Yes, Sean spoiled me with an Instant Pot Monday as well. I used it last night for dinner. The roast was good and I loved that I could sear it in the pot before closing it up. It should have cooked a little longer to be as tender as I like but it was still really good.

Brian revised his Christmas list and included a lot of Xbox games that had to be purchased on the Xbox to get the best deal. I’ve not done much on the Xbox, so ordering his games was a true act of love.

And no, it does not matter that I’m writing about this here, before Christmas, because you see, other than a vest coat, there is nothing else on the list. So he knows he’s getting games from most of us.

But Tuesday morning was spent figuring out how to purchase his stuff. Michael got me logged into his account and then Tiffany ended up connecting a keyboard so I wouldn’t be quite so frustrated with searching for the games and stuff. I finally got it done and moved on to other things. However I was very slow getting my menu done this week! I only got the grocery list done the morning of errand day, which generally means I don’t leave very early and thus don’t get home very early as well.

Tiffany is in crunch mode writing her next novel, so she stayed home, so Michael decided to go with me since he was didn’t have work that day. I picked up a few ordered gifts, that I’d had delivered to their respective stores for free shipping, stopped at the library to switch up some books, and then got groceries from four stores.

I have been so tired the last couple of nights. I’ve been on my feet a bit more than usual and that makes me a bit achy. No worries though, I just need to plan my days a bit better and make sure I elevate my feet spread throughout the day rather than just morning and evening.

I don’t know what made me think that this was a good idea. 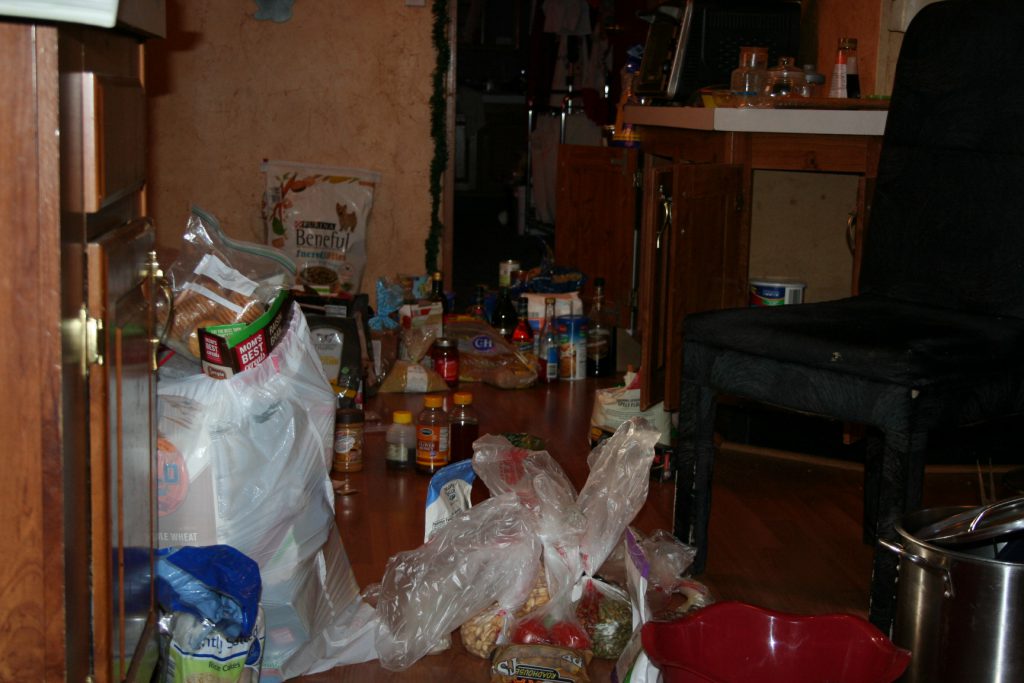 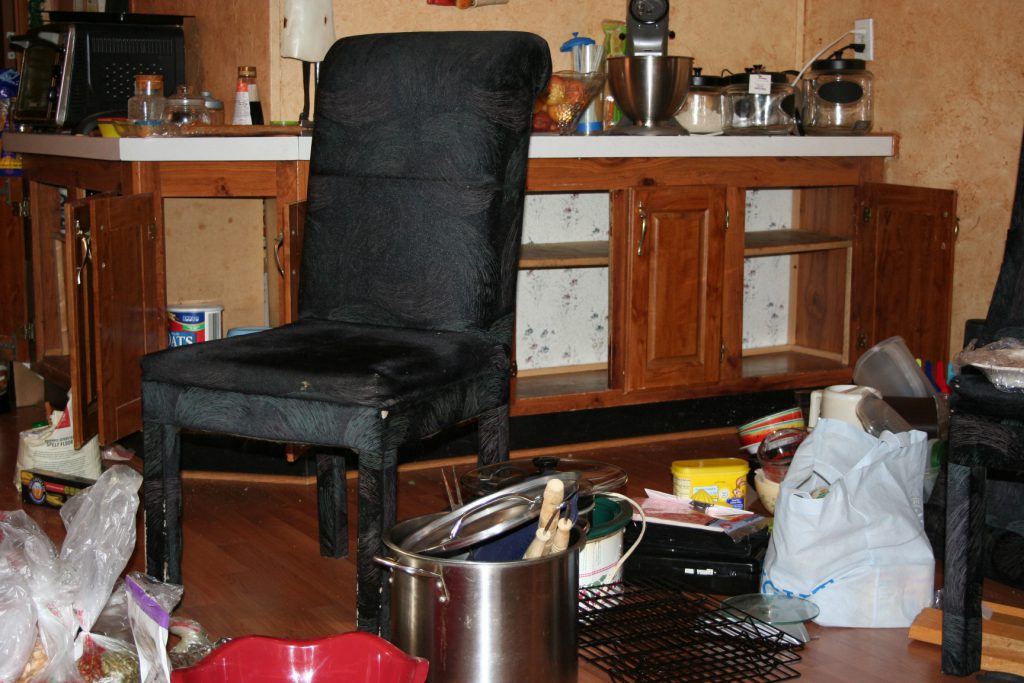 Yes, that is all the contents of my cabinets, both pantry items and things like crock pots, storage containers and such. I didn’t get started doing this until around one pm. What was I thinking?!

Well, I got a bunch of stuff tossed that is probably stale by now since we don’t eat things like that any more . . . boxed crackers, pasta, etc.

I managed to get the pantry stuff put back relatively neatly. 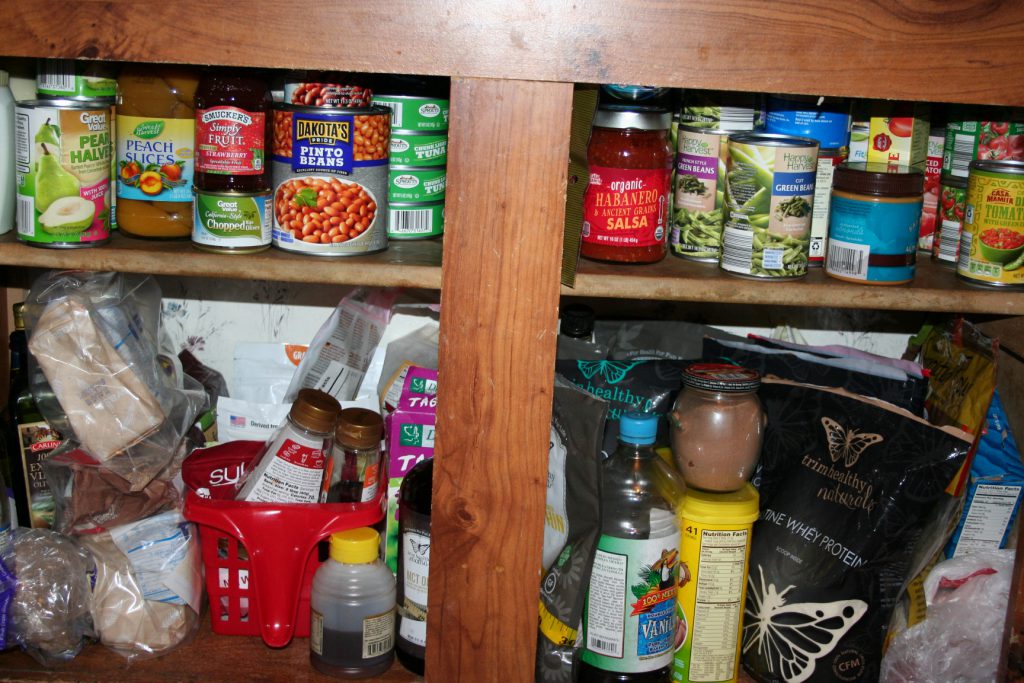 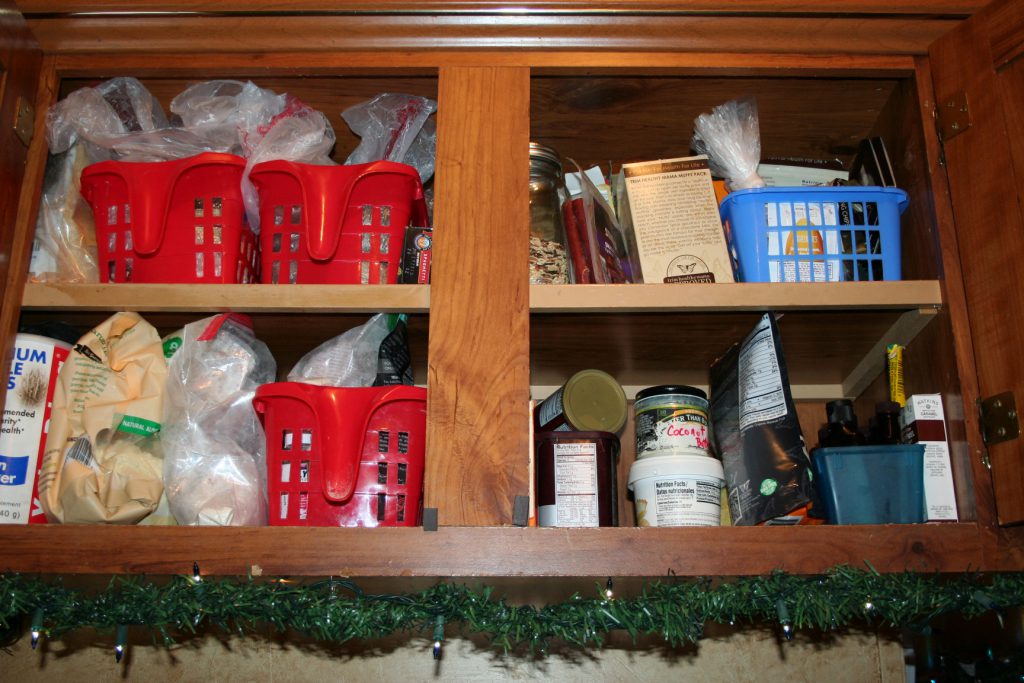 No, it isn’t all pretty and organized like so many I see online but this is what I can do with the space I have.

My spice rack broke a few weeks ago and I had to finally settle with this. 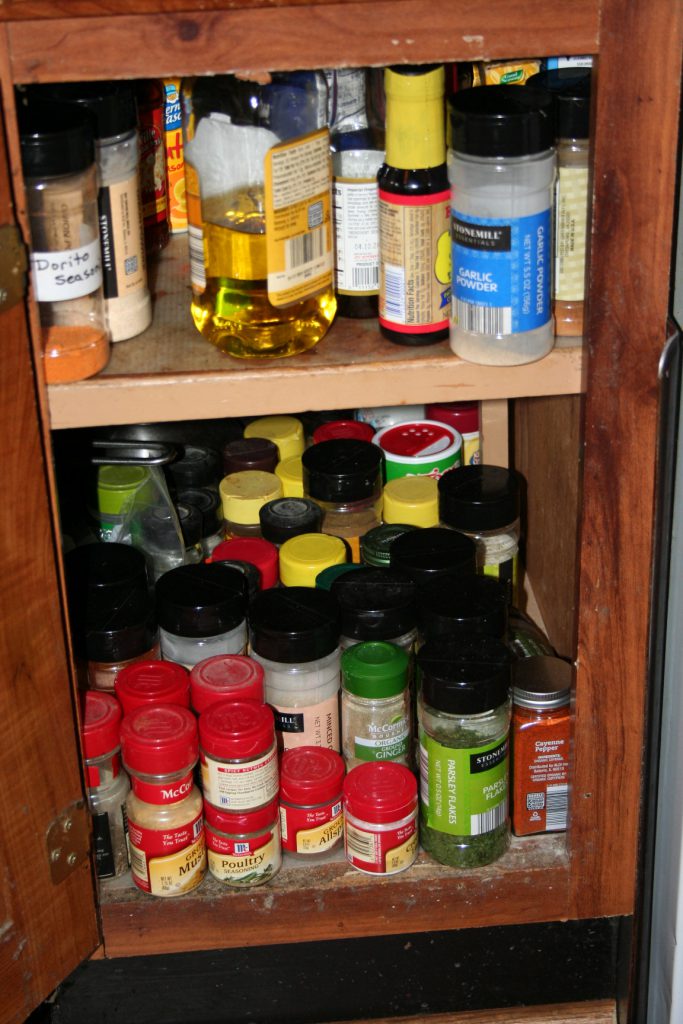 This will not work! I have had a round rotating spice rack for over twenty years. But the top rack broke and I’d been making do with spice bottles falling constantly, for too long. I finally took out the crazy thing.

Well, Michael thought he might be able to put a new top piece on it for me. And today he did just that! 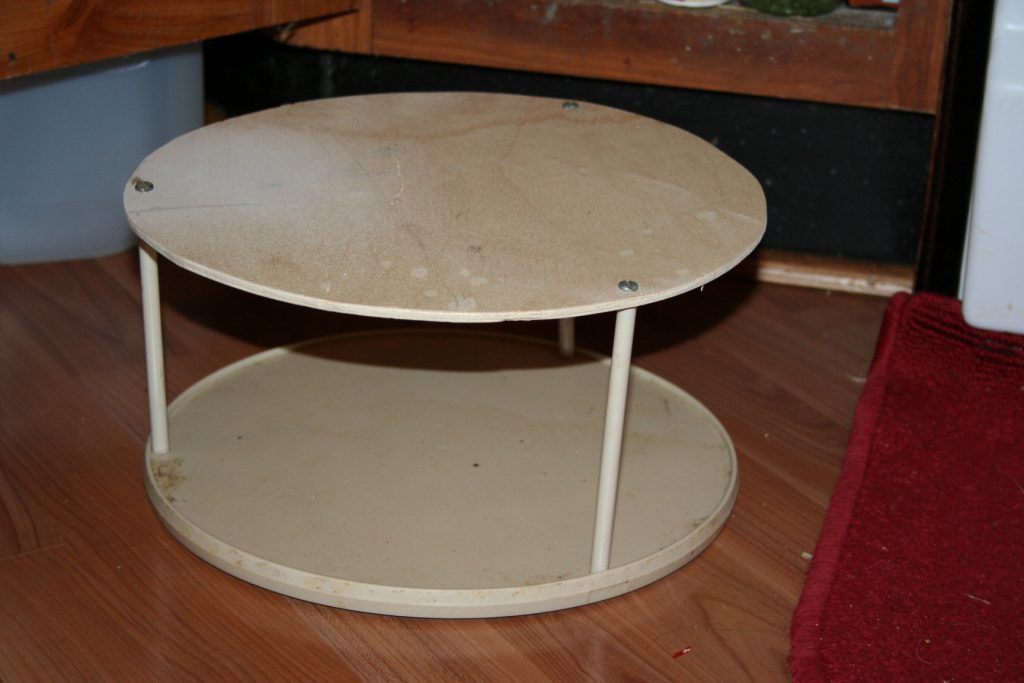 I was just too tired last night to get it put in the cabinet yet but I’m so glad I’ll be able to have them more readily available again.

I have such a sweet man.

Well, this is has been a very tiring week. I’m so glad it is Friday! I may even play a little Toontown this weekend.

But one thing I know for sure, I’m going to start wrapping my gifts next week!!! No more Christmas Eve eve wrapping the majority of my gifts for me! And all my kids breathe a sigh of relief.

Well, I’m going to run. I hope you have a great weekend. I hope to paint my nails this weekend as well as finally getting Tiffany’s book cover fixed.