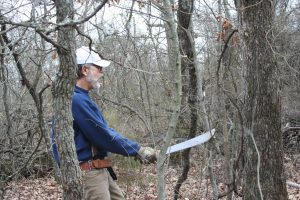 Recently Michael got home from work a bit early and decided it was time to get some work done on the back section of the property. It has really overgrown and a lot of trees are down. It needs some serious attention. So out he went, even though it was quite cold. By the time he came in, of course, he was quite warm.

Work has a way of doing that to you.

Of course I was interested in what he’d done, it’s really a huge undertaking but was busy making dinner and then it got dark. A day or two later he and Sean were home and they went out for a bit working down the east line trying to clear a bit of a path. They’d been at it for a while and since it was still early enough in the day, I thought I’d go out and admire him and his hard work.

I caught them on their way back in but still far enough out that I could see some of the progress they’d made. I can only imagine what it looked like before but I have a pretty good idea. Now there is about a 2-3 foot wide clearance along most of that quarter mile. 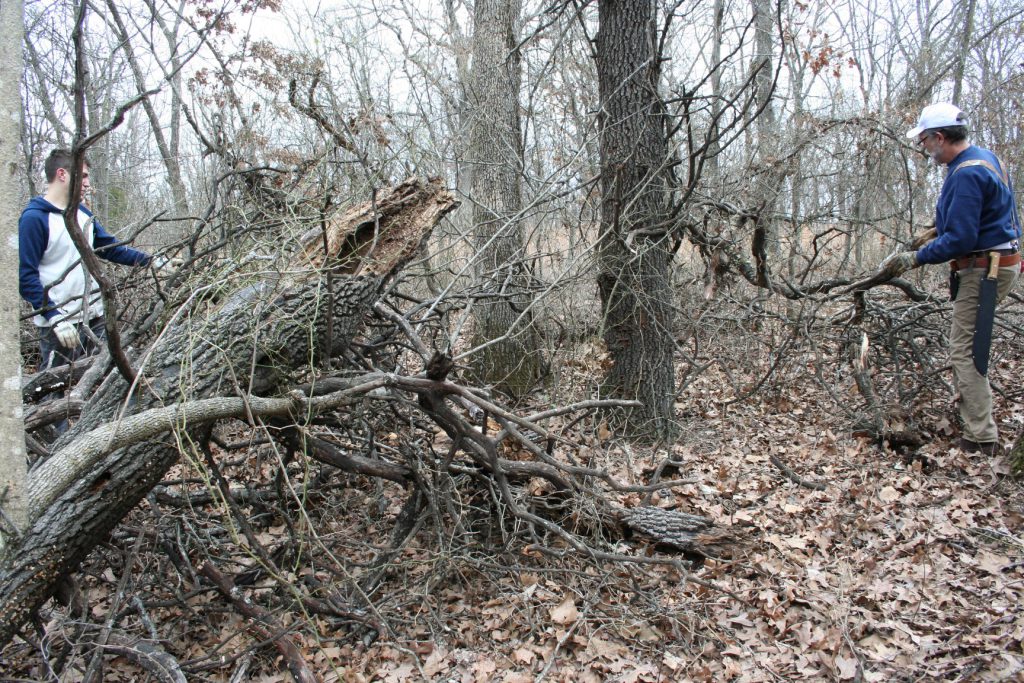 Yeah, it’s a mess and LOTS of work yet to go but it’s coming along.

The thing I’m wanting to point out today is that although I really didn’t want to leave the warmth of the house, it was important to go out and respect what he has been doing, to show my appreciation with actions and not just words. Words can be so cheap.

My encouragement today is to go out of your way to show your spouse that you appreciate what he does and be a part of it in some small way.

On the way back to the house the chickens and one cat came up to him. Those two chickens like him to pick them up.

He picked up the one and then the other laid at his feet for him to pick her up as well.

Gosh, I love that man!