I mentioned the snow last week. Well on day two of the snow, Tiffany made a snowman. 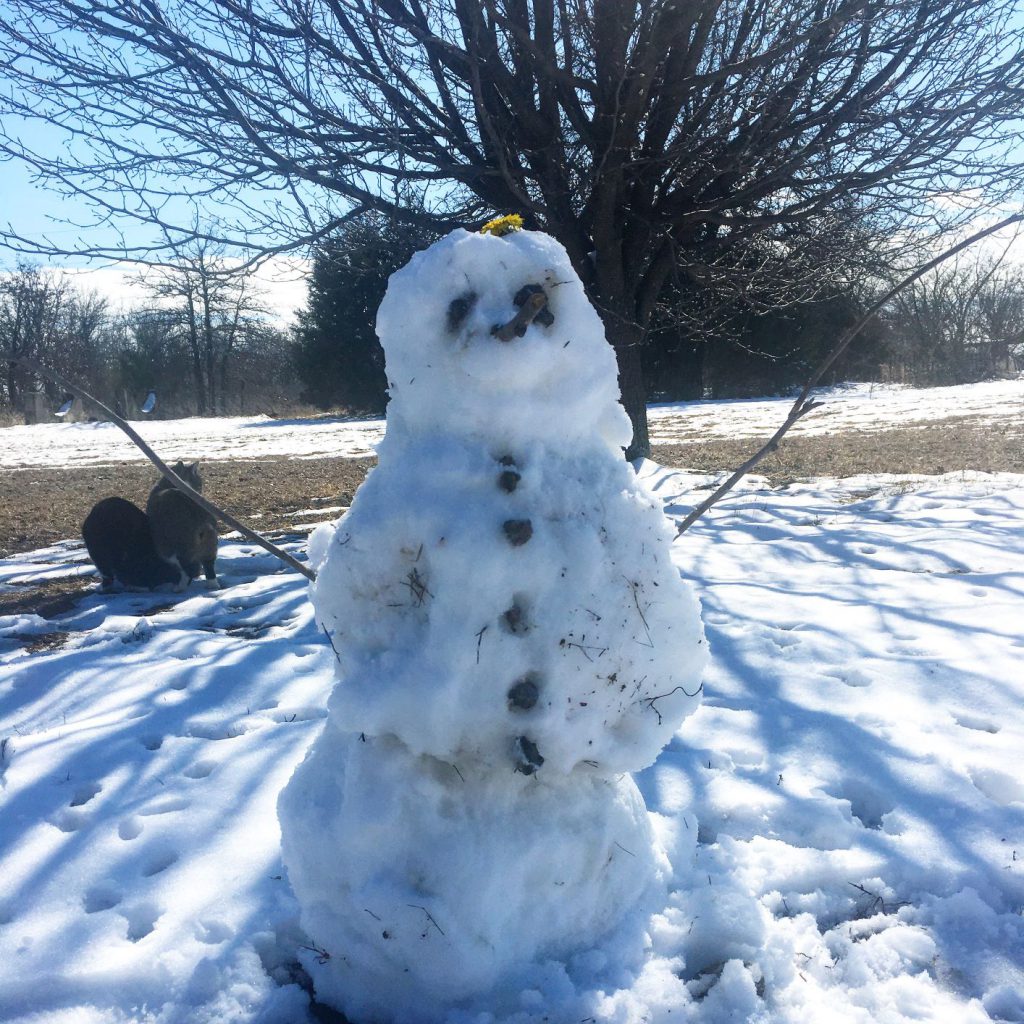 Notice the area where the snow has melted? Yeah, most of my friends’ snow was already gone by then. We still had enough for the snowman.

However the morning of day 4, this was all we had left. 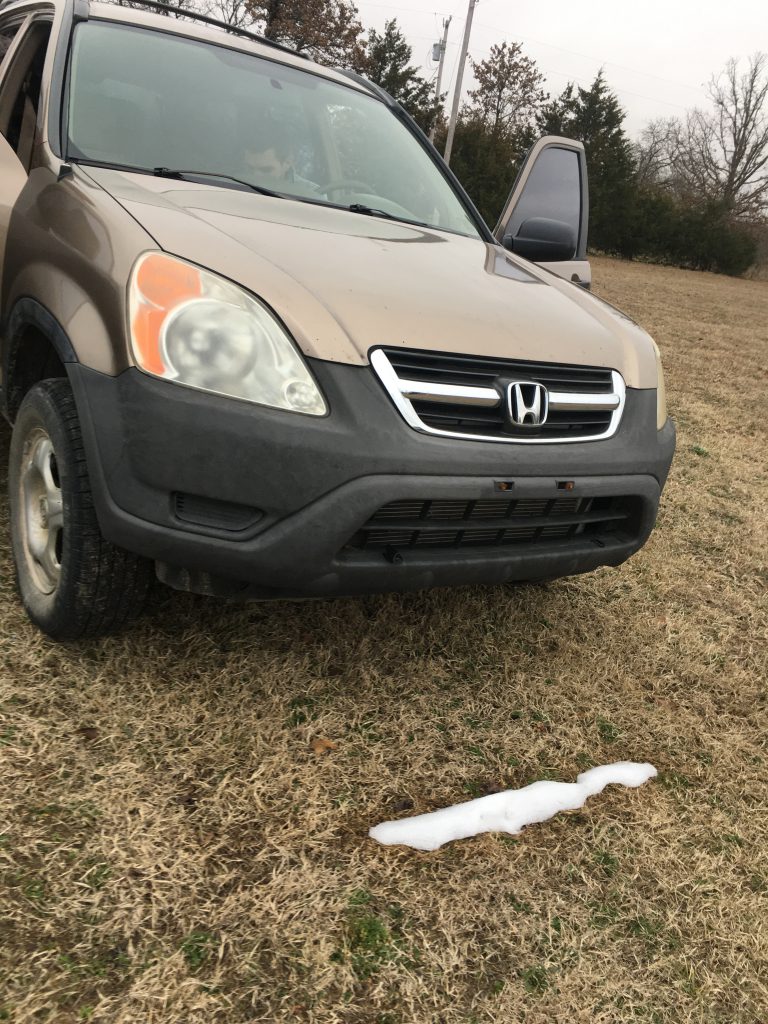 I had Tiff snap a quick picture as we were leaving for church. There might have been some snow left up against the south side of the house and other things but this was all I could see.

This week is POURED rain!!!! Our puddles were in puddles. We were swamped. Tiffany and I decided not to go out in all that rain and just stayed inside . . . well, I did run out to put a card in the mailbox while it was raining, but that is nothing like running to four or more stores in the pouring down rain. Of course the day we did run errands it was FREEZING cold! Yep! Very very cold (for OK).

We had a new store open up. Remember me telling you about that store that was opening up next to Ross? Well, it is now open and Tiffany and I checked it out this week.

I’m impressed. They have some really good prices! Of course, like most other stores, you need to know your prices. If you go, the have some price labels that have a green sticker; these are special prices . . . think sales.

Their bulk sections is amazing! 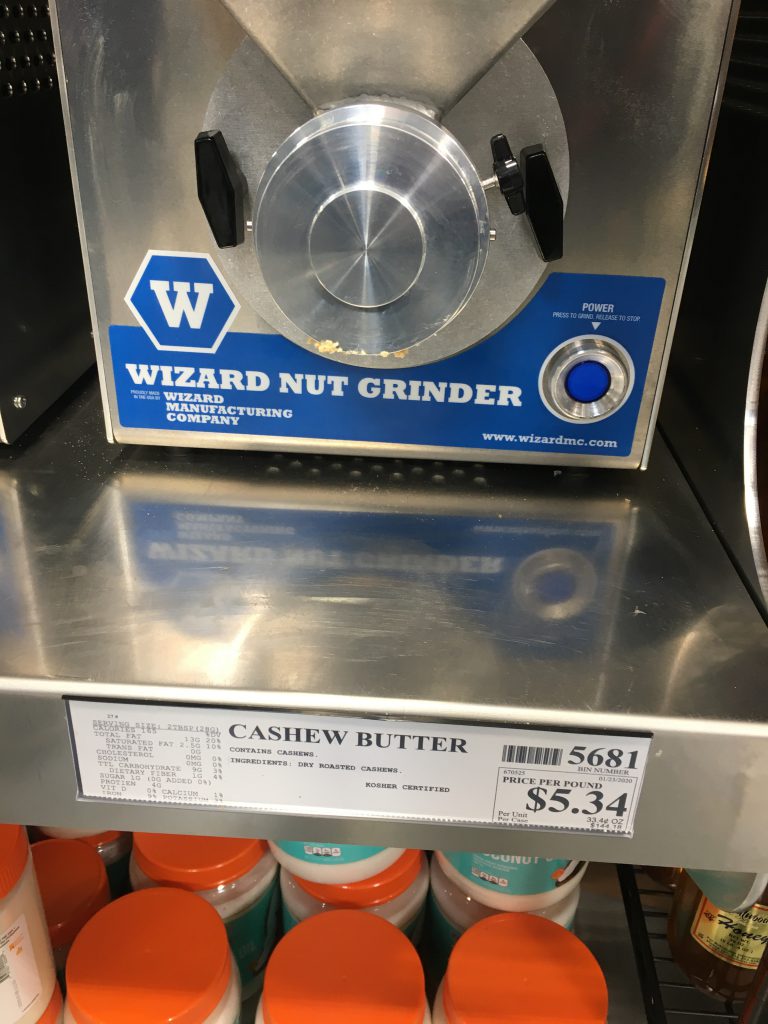 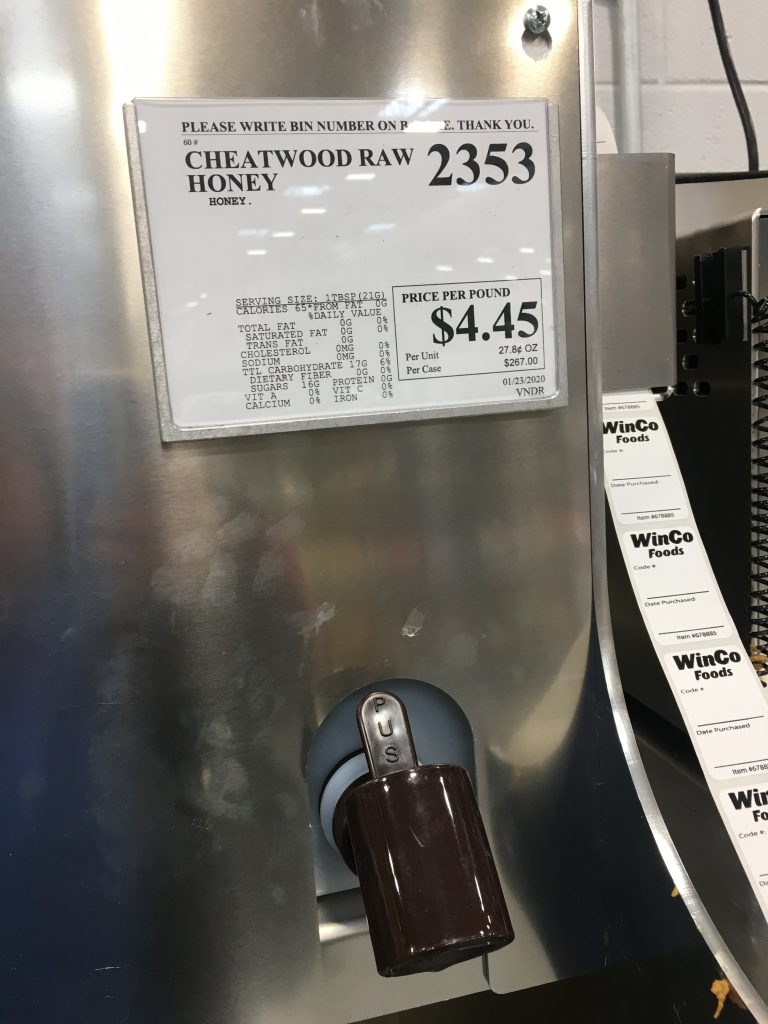 Bulk spices!!! (These prices are per POUND.) I think they had a couple dozen different spices. 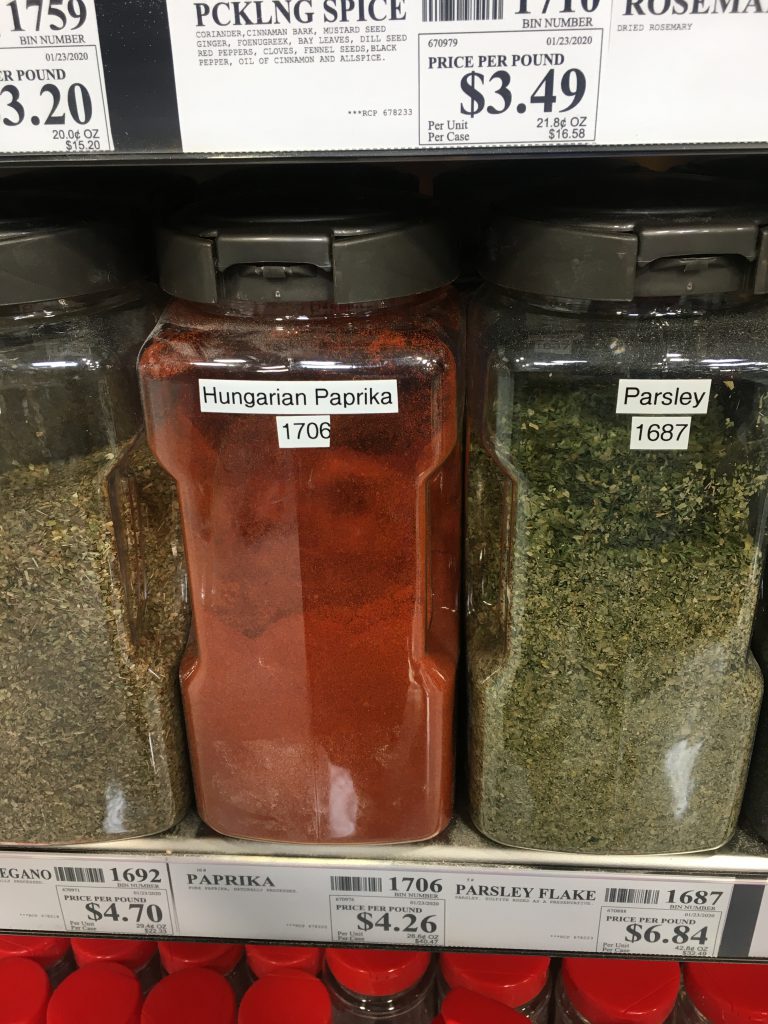 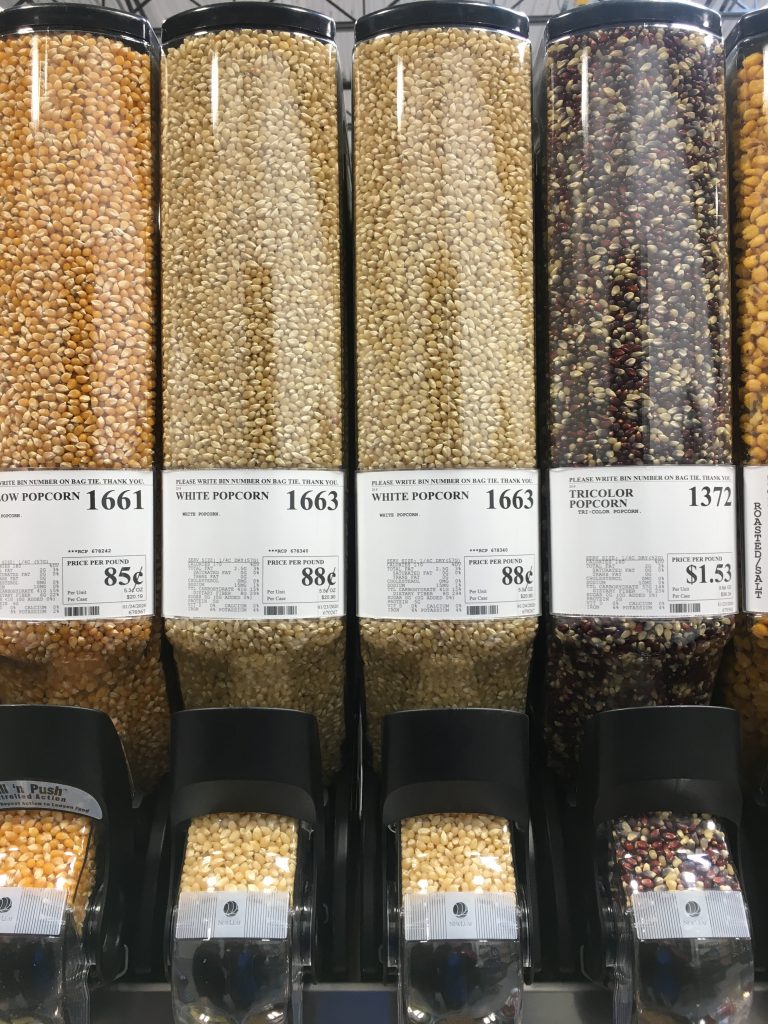 Brown Rice Pastas!!! If these taste like the ones we buy elsewhere I’m going to be very happy because they are quite a bit cheaper. 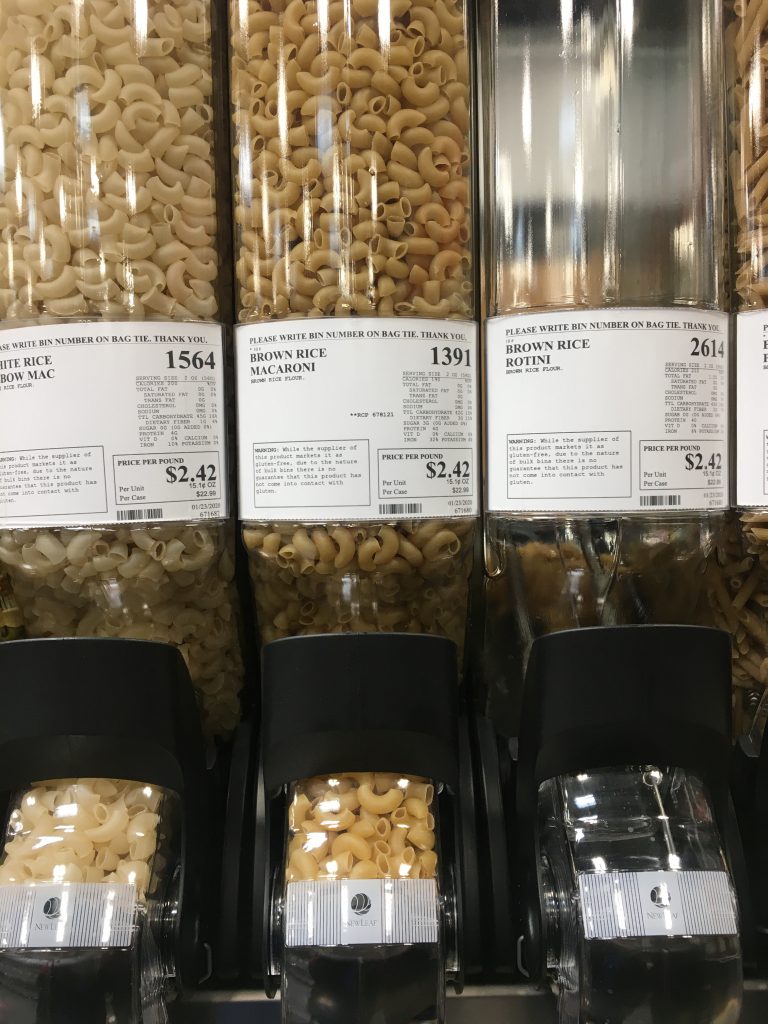 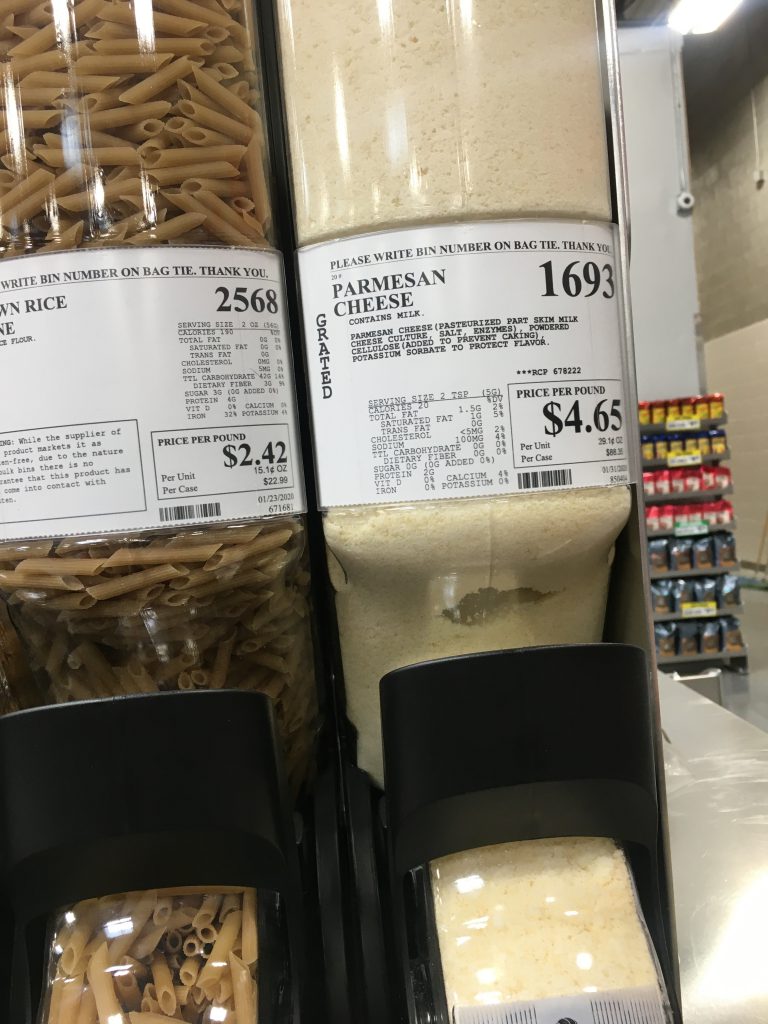 Then there was a bin below for the brown rice spaghetti.

(It’s cheaper than what I’ve been spending too. ) 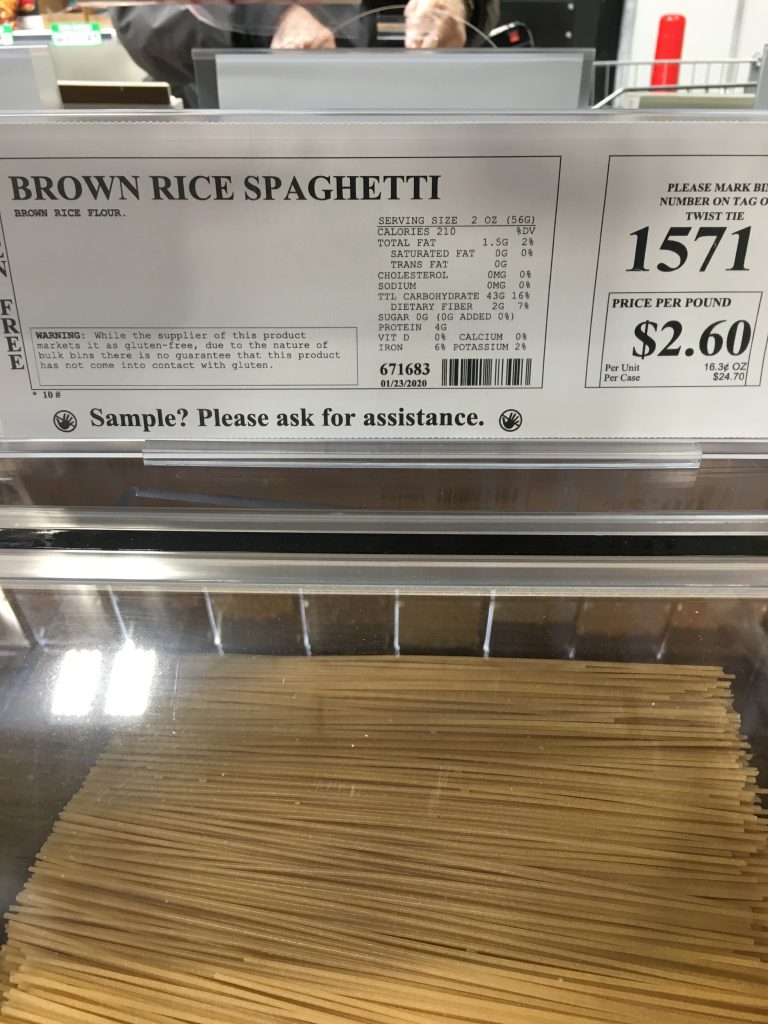 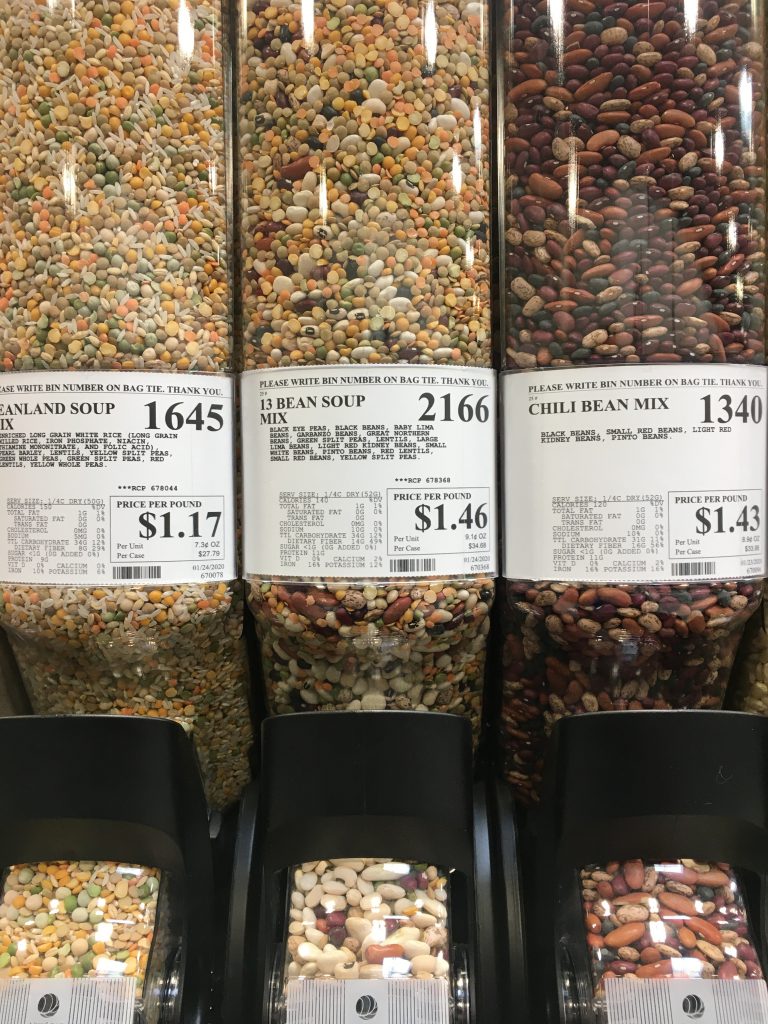 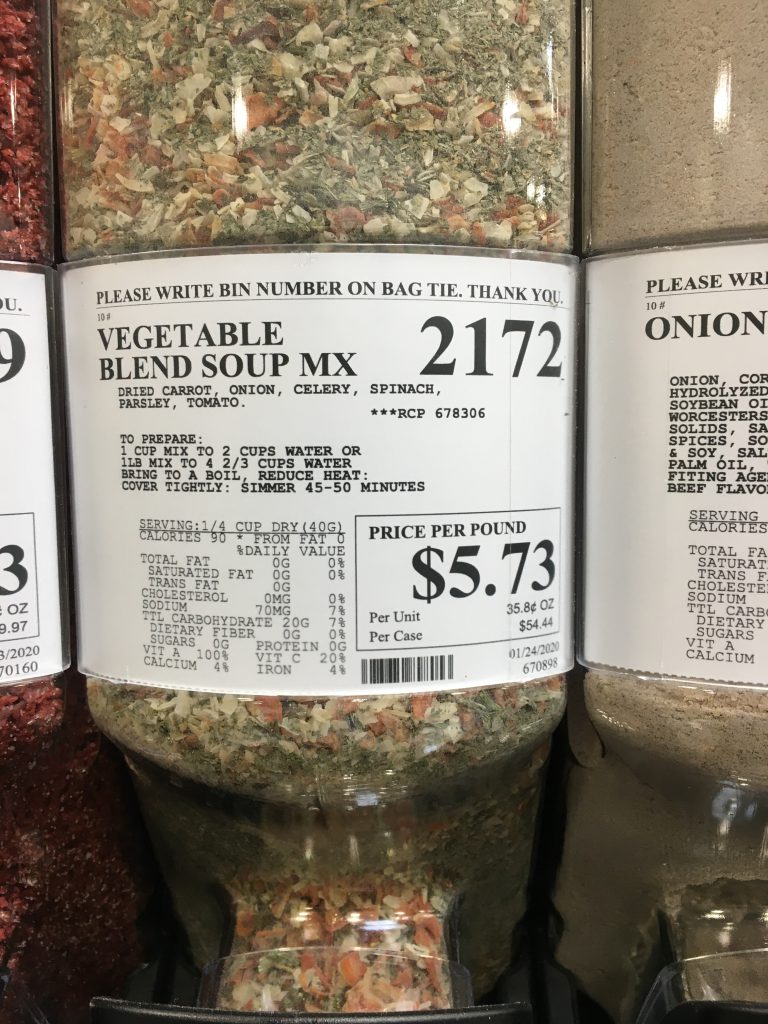 Such a great price on the split peas. I’ll have to get some of them next week and plan to make some split pea soup. The recipe I have is called Cheapskate Soup.

At this price it really will be. 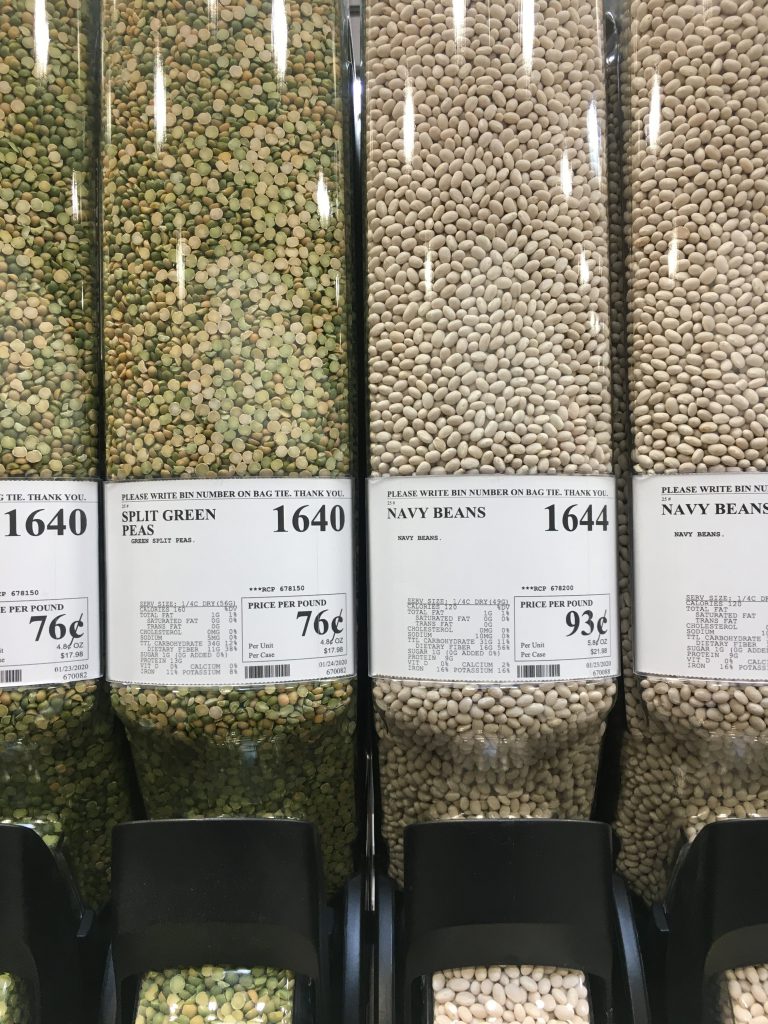 Coconut flour, almond flour, gluten free flour!!! Wonderful! I will have to check the price I have been getting it. 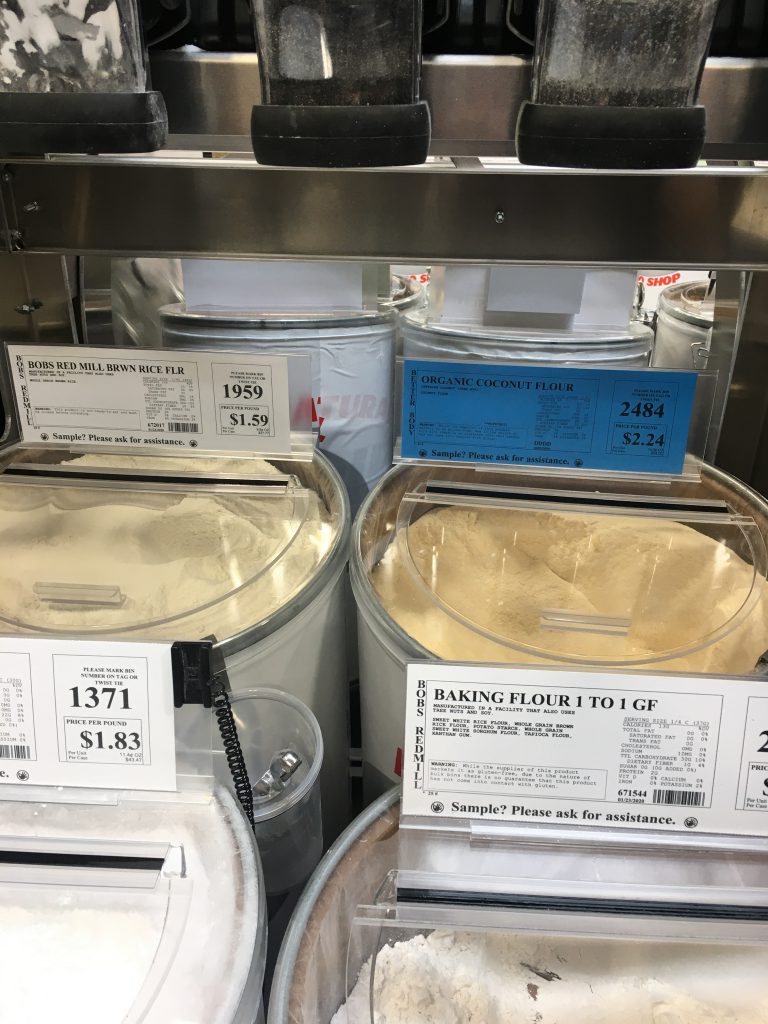 They had spare ribs for 98¢ a pound. It was a special, so I got two of their smaller packages. Their cheese is priced good too. We got a block of gouda and one of mozzarella. We snacked on the gouda and it was gooda!!!

They don’t take credit cards though. I usually use a card that gives me rewards for my purchases, but I knew ahead of time that I’d need to use cash or my debit card. I think they take checks too but I’m not sure.

So they say they are like a membership club (e.g. Sam’s, Costco) without a membership. They have the large bulk bags of oats, rice, and such and 50# bags of dog food too. 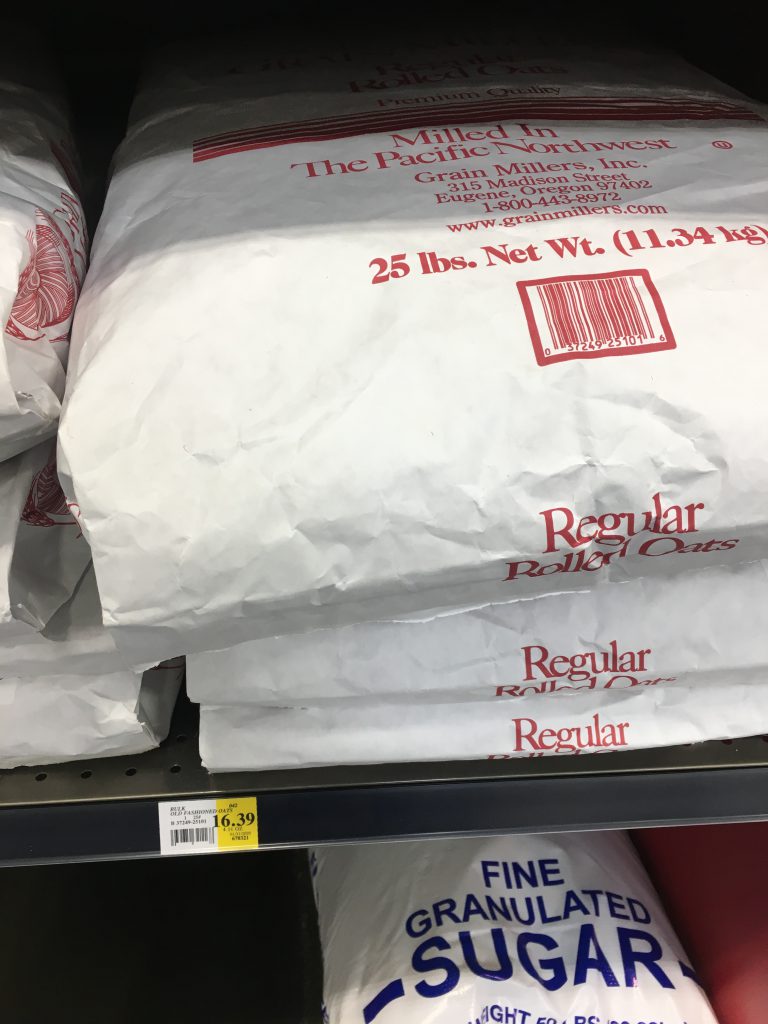 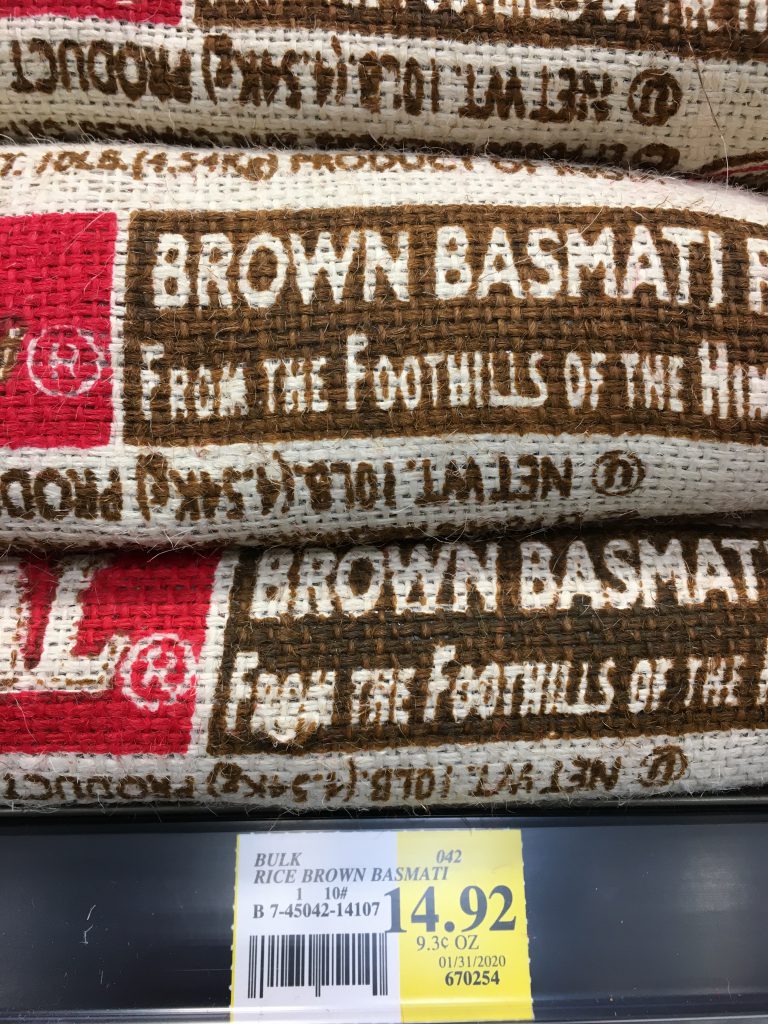 They even have animal snacks in bulk.

I was impressed and will go back frequently . . . probably even every week.

Well, that’s it from me today. I hope you have

And I want to wish my daughter-in-love, Lauren