I had a wonderful Mother’s Day!!! I got a whole lot of Liam lovin’ and most of the rest of the family too.

Sean treated us to dinner at Santa Fe. Brian, Lauren, and Liam met us there.

<3 They were actually there before we arrived. Because we had 7 with the 3 year old, they didn’t want to seat us together! Ugh! But my sweet Lauren worked it out and we got to all sit together.

Liam was as excited to see me as I as to see him.

He hugged me and sat by me and chatted with me. (I know Lauren must work hard to make sure he knows us so well being that they live two hours from us and we don’t see each other often.)

When it was time to leave, I knew he wasn’t going to be happy about me getting in a different car and having to wait a half hour to see us again. So I rode with them. I played “Where is Thumbkin” with him. I sang it enough times that he caught on and did the motions with me. <3

Then we played with his cars. He loves matchbox cars and had some in his backpack. We zoomed them on his legs and the car seats and up the mountain of the front seat.

Then under his leg of a carwash.

We had quite the bonding experience. It’s a good thing too because when we got to my sister’s place his attention was taken by others.

It was a really fun day. We celebrated six birthdays and four mothers.

We just kept adding and subtracting candles from the cake, although we did have to switch cakes up mid-way because the eclair cake mom had made was starting to get a bit . . . let’s just say it was less firm than it had been.

(I tried to create a collage of the six of us but I couldn’t get it worked out and the pictures weren’t good enough to take up a lot of space. So as usual, no picture.

We have been known to complain about how quickly birthdays are celebrated–blink your eye and we’re done because most of the time we all just ask for money.

But since there were six to go through this time, it took long enough to feel that we’d actually celebrated birthdays.

Lauren helped Liam make some darling keepsakes for we mothers. Mom got me some hydrangeas and Tracie got me some daisies. She added a cute tag with the quote from “You’ve Got Mail” about daisies being the friendliest flower . . . so cute. Sean gave me money and bought some flowers with me when we ran errands last week. Tiff gave me a pedicure, assembled and frosted the cake, and made me breakfast.

Michael got me some brush pens I use for lettering and some money. Now I can buy lots of books and craft supplies.

And of course, sweet cards from them all. 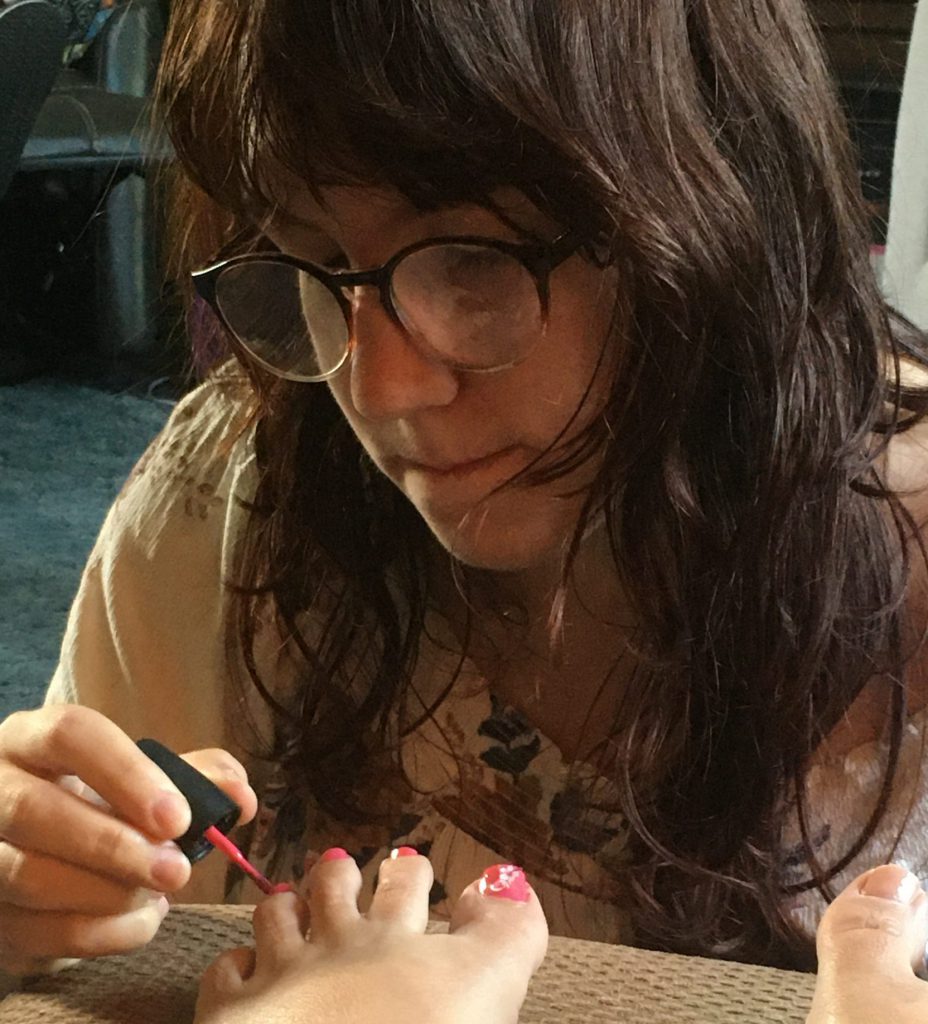 The cousins played some Uno and Banned Words. The guys helped Mike finish putting up their gazebo. It’s nice with a hard top instead of canvas. It was an overcast day and was actually a bit chilly.

(And yes, I loved it!) Liam spun Tracie and I around on her cafe chairs but wouldn’t swing on the swing. He did jump on the trampoline though. 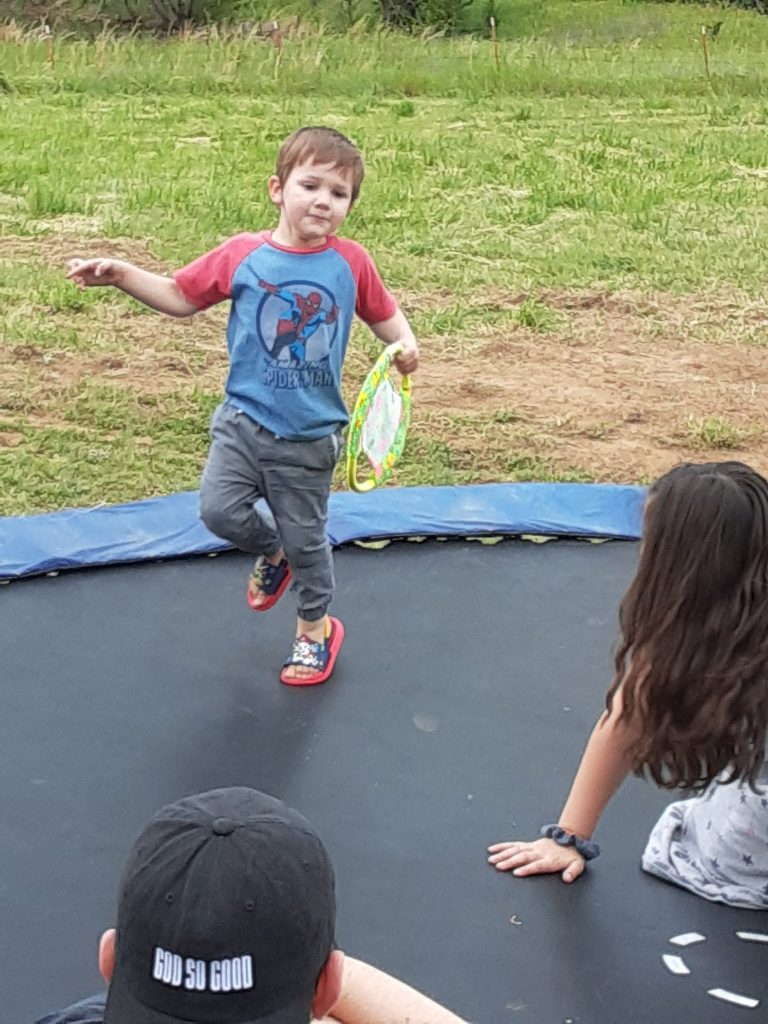 It’s hard to believe he is only three; he’s so big!!! He’s wearing 5T!!! He’s talking so much now and we’re even understanding a lot of it.

(When my kids were little, the boys translated what Tiffany said to me all the time.

Well that was last weekend. Since then it has been rainy and overcast everyday, in which I have a severe lack of motivation. Oh, there has been sunny bits too but not enough to compensate.

I hope you have a good weekend; I’m looking forward to a quiet one.