I’m going to have to learn how to put videos up on this site soon. I’ve had a couple of cute ones I would have liked to have shared if I knew how. I had captured those ducklings I shared a few Thursdays ago on video. Then last week when Tiffany and I were running errands we went to Big Lots. They always have some of the cutest holiday stuffed Christmas decor that moves and plays music. They have one this year that looks and sounds a bit like a monster from Sesame Street. 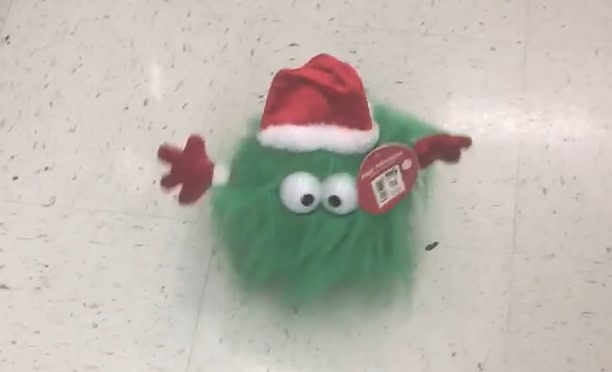 He spins around the floor ‘singing’ a Christmas song. Very fun! (I figured out how to capture a still from the video.)

That’s about the extent of my non-Liam news. Brian and Lauren were able to go on a cruise and we get to keep Liam while they are gone because a boat is no place for a toddling child. He’s hardly stable on solid ground, let alone a boat or worse yet, solid ground after being on a boat.

I have decided that what I have heard is true: it is more fun being a grandparent than a parent!

Don’t get me wrong, I love having him here and would not have had it any other way. But he reminded me how hard it is to be consistent with discipline day in and day out. I think I like being grandma best. 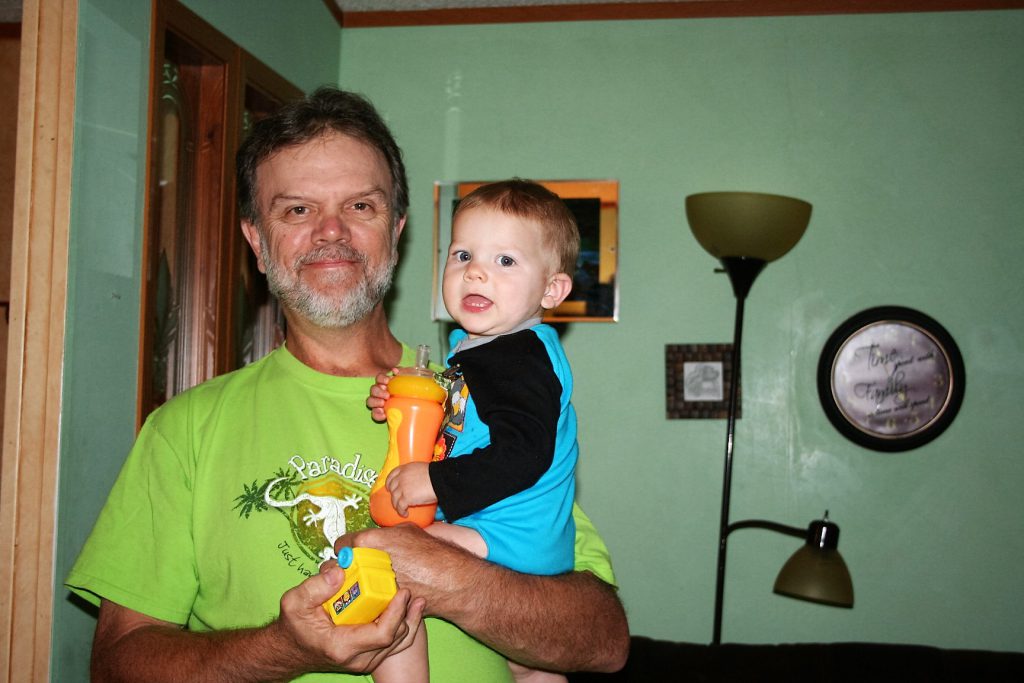 I think I’ve probably said it before but this boy loves food! He even loves watching food being made. 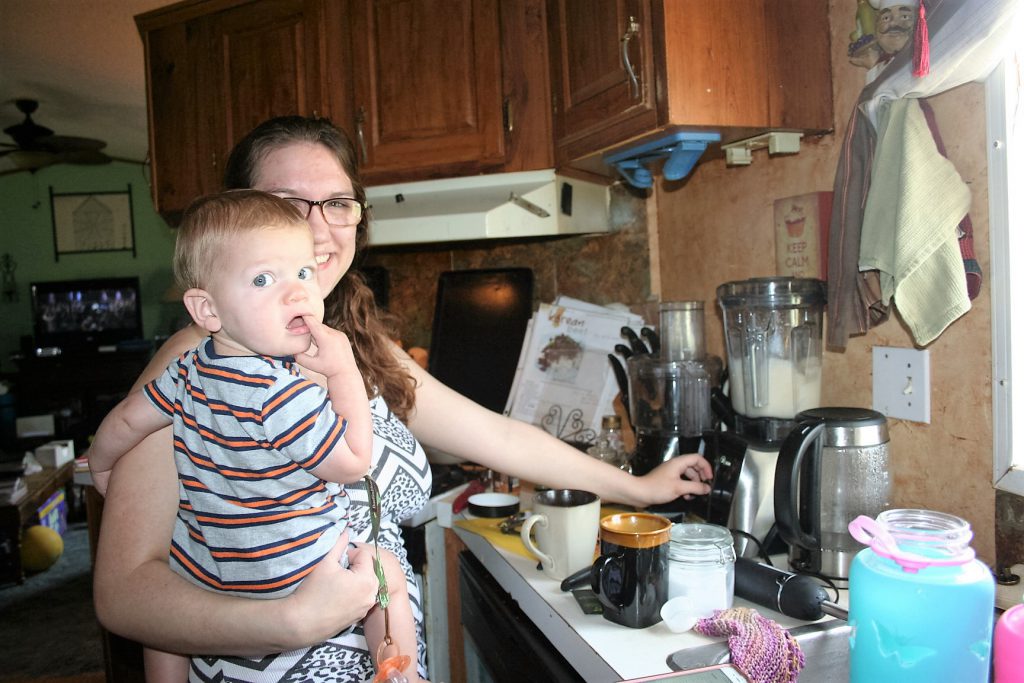 A few days before Liam got here, I got a package from Trim Healthy Mama and decided to save the box for him to play with. Usually kids like boxes and he did enjoy it for a little bit. 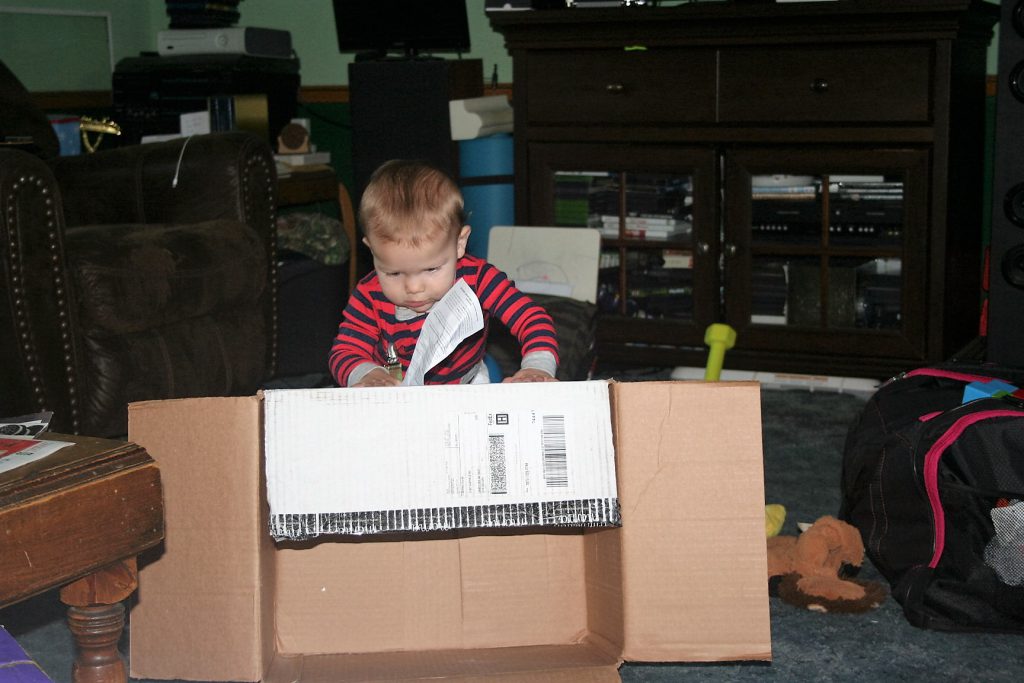 But soon he gave up on it and played with the blocks his mommy left for him. 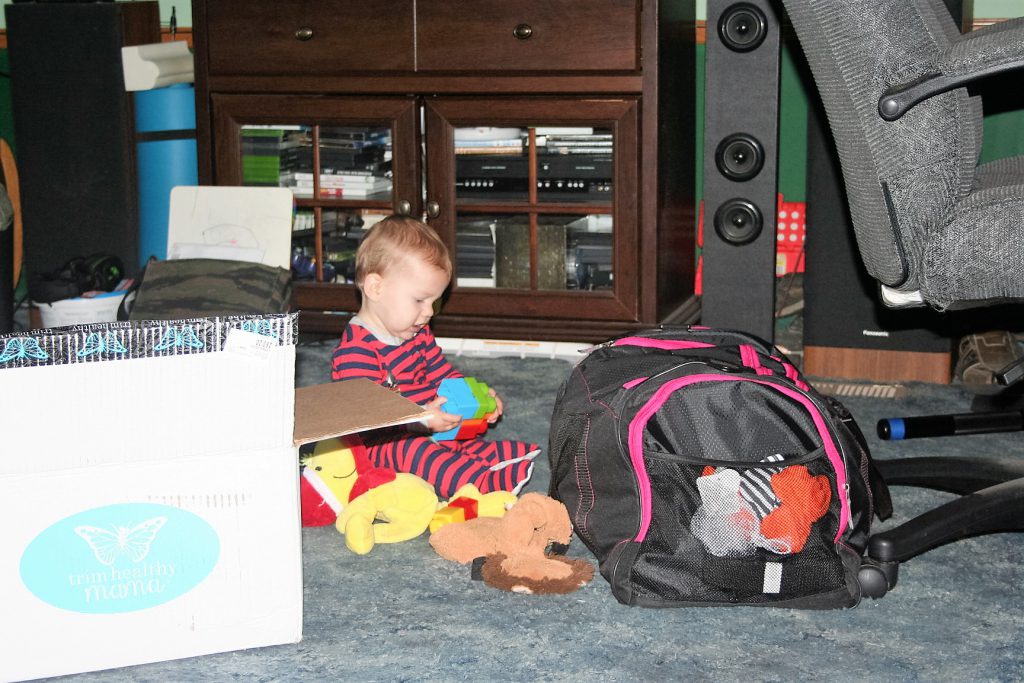 It was fun to have Michael get some of the toys I’d saved from the kids out of storage and have him enjoy playing with them. 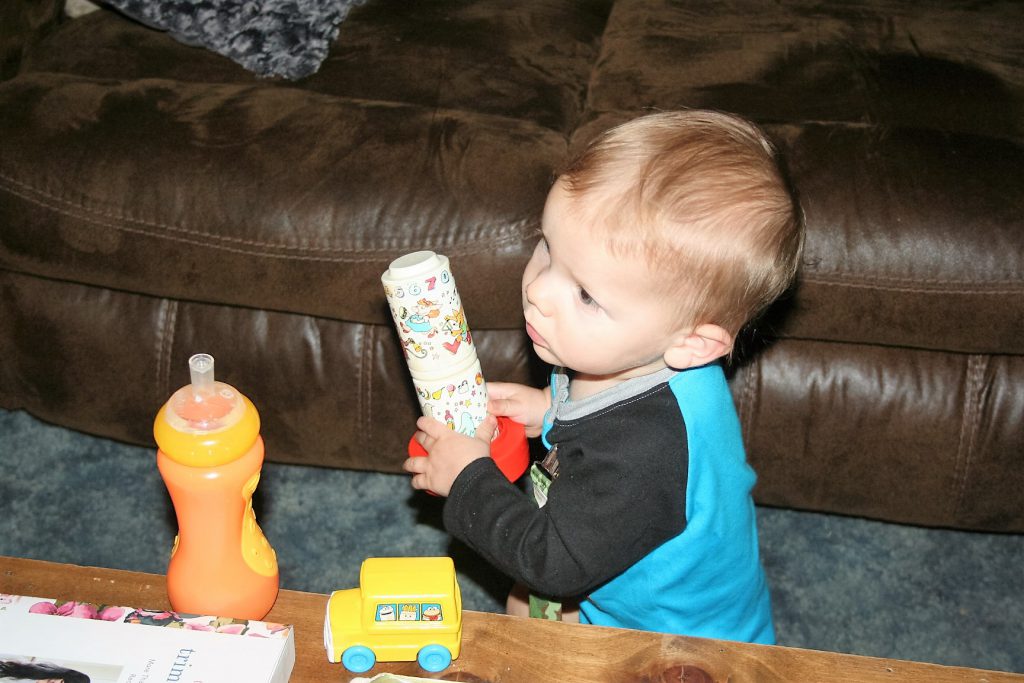 I was trying to figure out what real food I could feed this foodie. I boiled a couple of sweet potatoes for him to have with some meals. It’s really easy. I seasoned them with a bit of cinnamon. He seemed to enjoy them and has eaten both of them over the last several days. 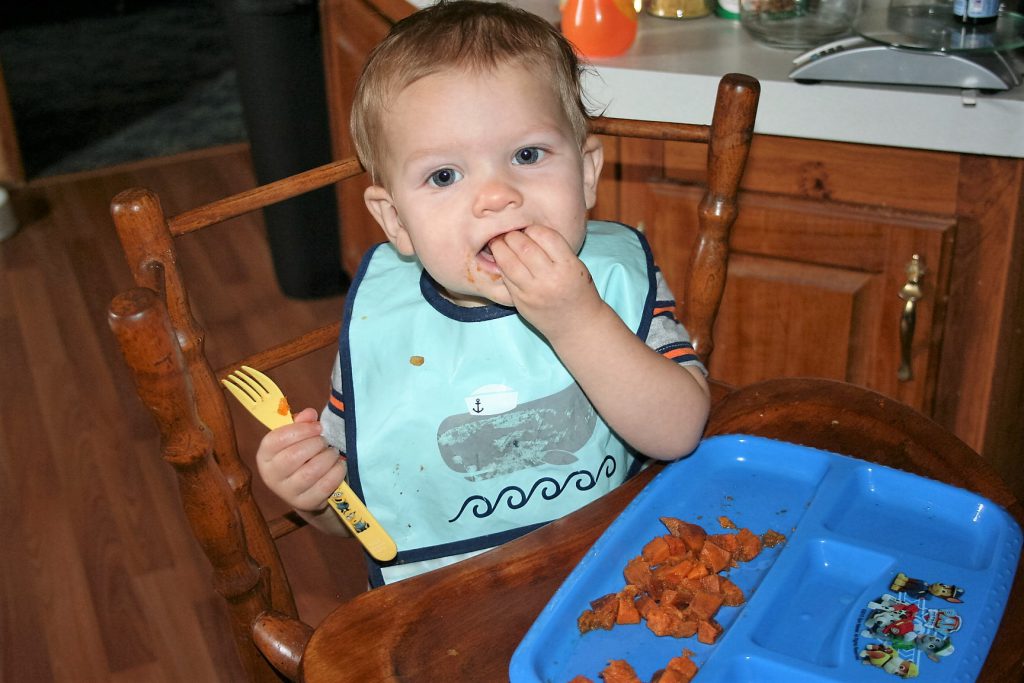 Among the fruits he’s eaten and enjoyed this week are strawberries, blueberries, blackberries, orange, and a peach. Fruit is not his food struggle, neither is meat. His struggle is vegetables. He seemed to like the sauteed broccoli and cauliflower we had near the beginning of his stay. He also seemed to like the creamy cabbage and chicken we had one night.

One day I tried to feed him some canned vegetables and he did not like it at all. I realized that I wouldn’t like it either. So I decided to cream them up. He ate some after that. The other night I gave him the rest of them added to some quinoa and he liked that.

Yesterday I was looking for a veggie for him to eat and realized I had a piece of “Cake for Dinner” which has a lot of undetectable radishes in it. He liked it. 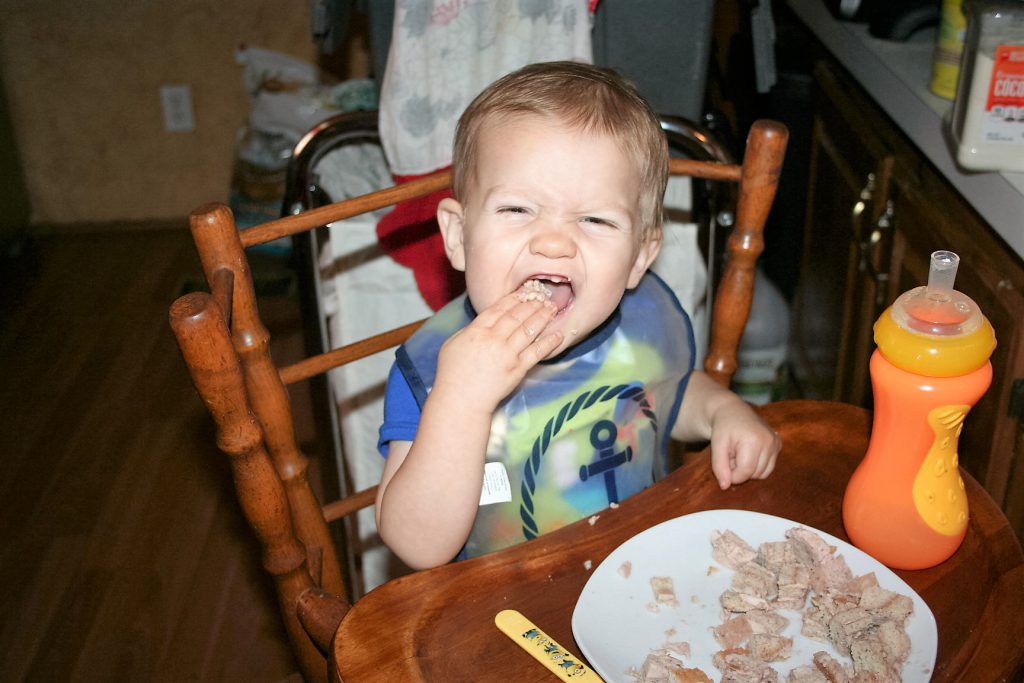 Well, I’ve rambled long enough. I’ll save some stuff for next week. Life is a bit more boring without him here.

So, Until next time, God bless,