There was a new tangle released from Zentangle creators this week, so naturally it is the Diva Challenge for the week. I had seen this thrown around a little bit on facebook but to be honest, it looked too complicated. Then when the Diva Challenge came out, I was like, okay, let’s see what I can do with this.

I decided I better practice it a bit in my sketchbook. It’s a good thing I did too because it took me four tries to get the first stroke right. This wasn’t looking good. But then I pretended to write a cursive L and it made that initial stroke much simpler to do.

Here’s a bad picture of my practice page in my sketchbook. I quickly snapped a picture with my phone because I was too lazy to get up and put it in the scanner. 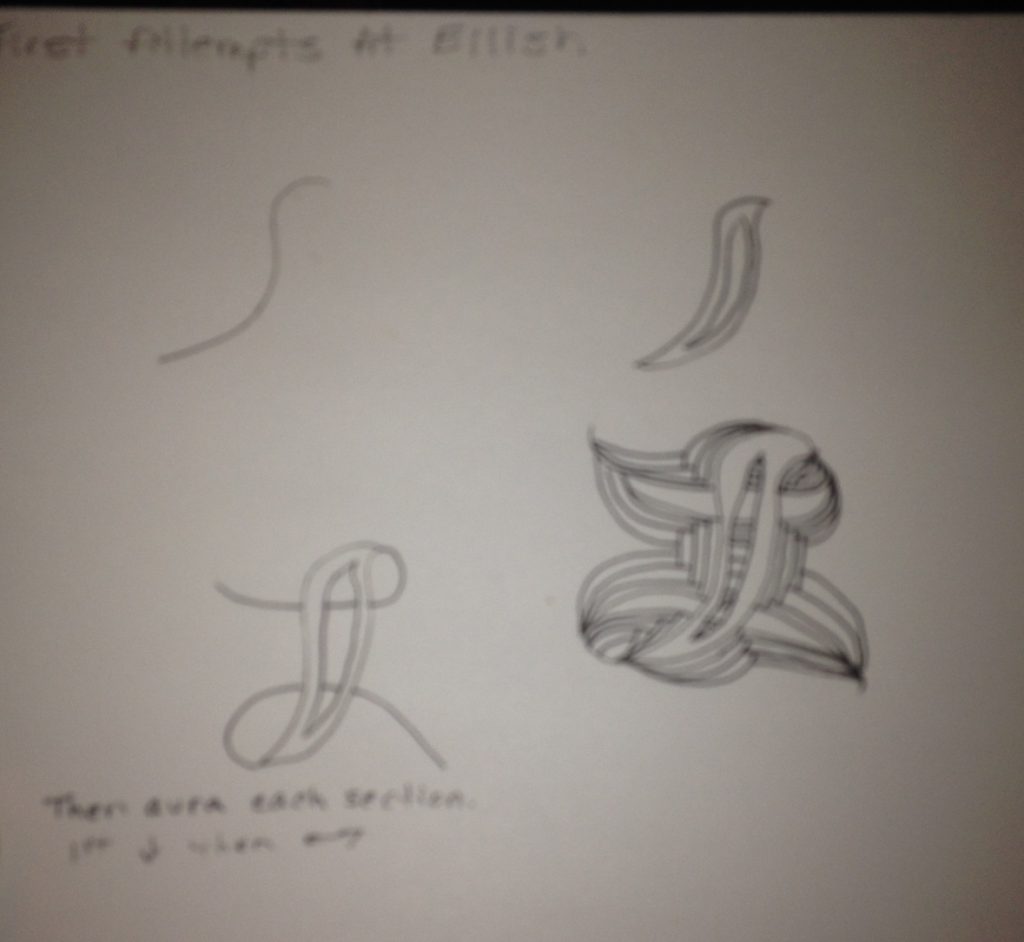 So I went ahead and drew it on my tile. I was no where near brave enough to try drawing multiples of ellish, so I stayed with just the one. Then I was a bit nervous about adding anything to it because I was rather pleased, in spite of the couple of messy bits, and didn’t want to mess it up.

But I thought there was a good spot to put Henna Drum and some Zinger as well. So once again, I took a deep breath and drew them.

I had a couple of alignment issues on the henna drum, where I couldn’t see it real good and got some of the inner lines off but I tried to cover it with more deliberate lines and shading. Then the one zinger stem is a bit too fat, but I just decided that it was thicker because it was closer. 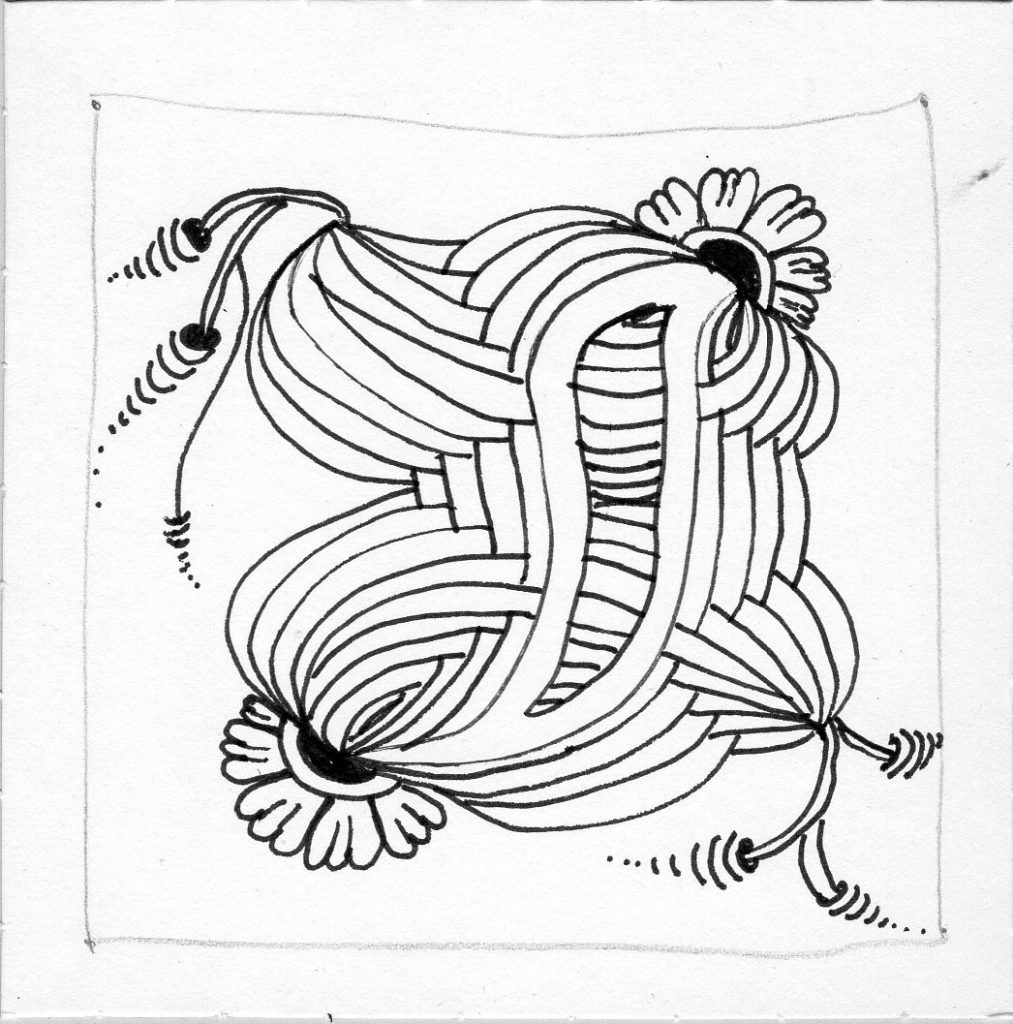 Shading really does make a world of difference. 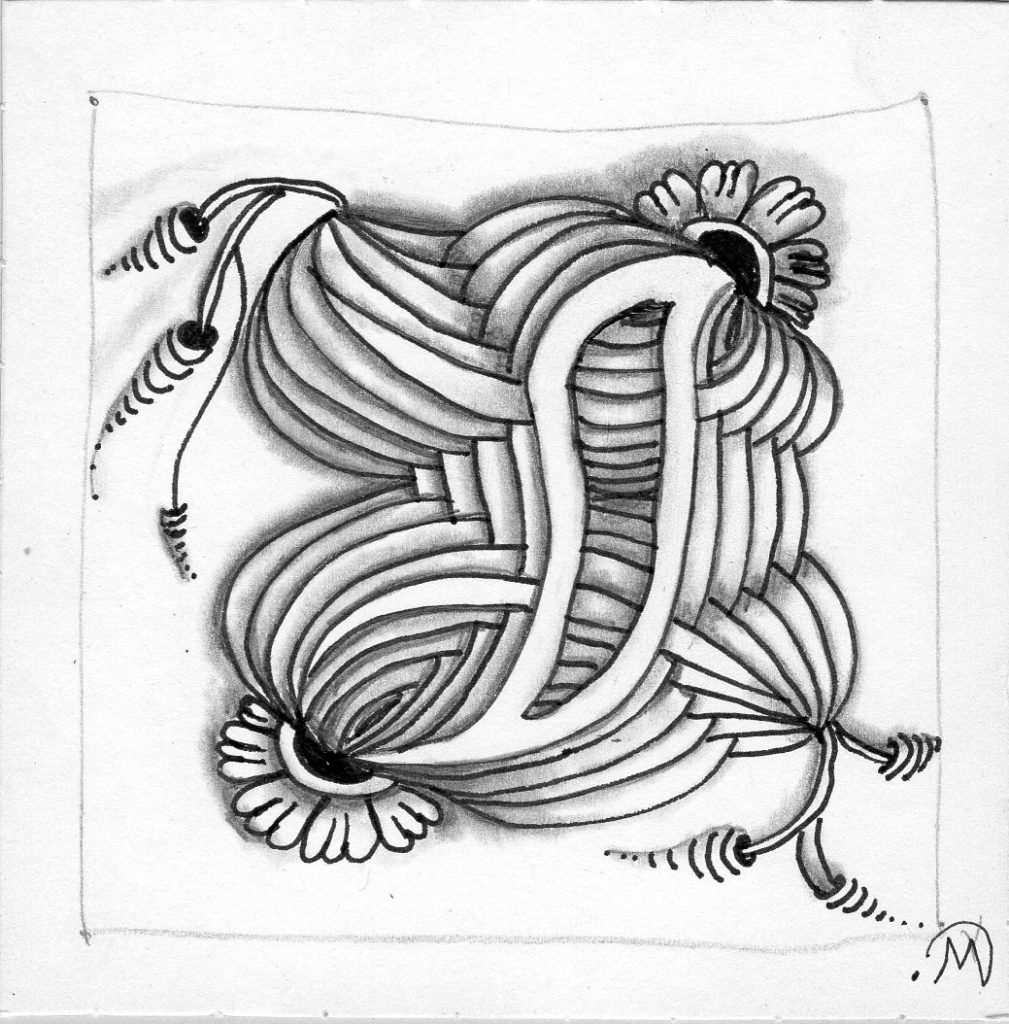 Now that I see it larger, I see where I should’ve blended some of the shading a bit more. Oh well. I think I may need to get that light that Eni shared on her blog, so that I can see what I’m doing a little better before I finish and scan it for the blog.

All-in-all, I’m quite pleased with it.

Once again, I’d like to thank those that took the time to leave me comments last week. It is so kind of you and very encouraging as well. Thanks in advance to those that take the time to do so this week. You are a gem!