Homeschool Convention time is here! Yay!!! Today and tomorrow is our local convention and we are really looking forward to it. Next weekend is one in OKC which we have free admittance to with our paid registration to the Tulsa convention. If I didn’t have plans for next weekend already, I’d probably go for at least one day. They have a couple of speakers that I’d love to hear but alas, it is not to be this year.

I’ve never gone to the OKC OCHEC Convention because it is always the weekend right around my birthday, if not on my birthday and birthdays are meant to be spent with family. However, having said all that, I am tempted to do so next year regardless of my birthday.

I know I will definitely be keeping the dates of both conventions open, just in case.

This year the Tulsa Convention has a change of venue, so we don’t know exactly what to expect. Maybe I’ll remember to get some pictures to share with you next week.

Last Sunday we celebrated a birthday at my parents’ home after church. It is amazing how long a birthday celebration can last when actual gifts are given instead of just money and/or gift cards.

Usually birthday celebrations are over in under 5 minutes because it doesn’t take long to sing “Happy Birthday”, blow out candles, and  open a gift bags with money taped to an item, like a candy bar.

It rained in the afternoon while the sun was shining! Oh how I wish I could’ve gotten a picture. Tiffany tried to take one when we were home one day and it did the same thing but she really struggled to get the rain to show up but I recently saw a picture on facebook that gave me an idea how to capture it in the future.

On the way home we saw a rainbow. Believe it or not, Tiffany said it is the first time she’s ever seen on in real life. Then to make it even better, we saw there was another over the first, so it was a double rainbow! Awesome! Unfortunately we only got pictures of one of them.

If you look closely at the picture above,  you can see the full rainbow from the right side above the trees all the way across the road nearly to the other corner of the picture. Tiffany got a better picture of the south side of the rainbow, here. 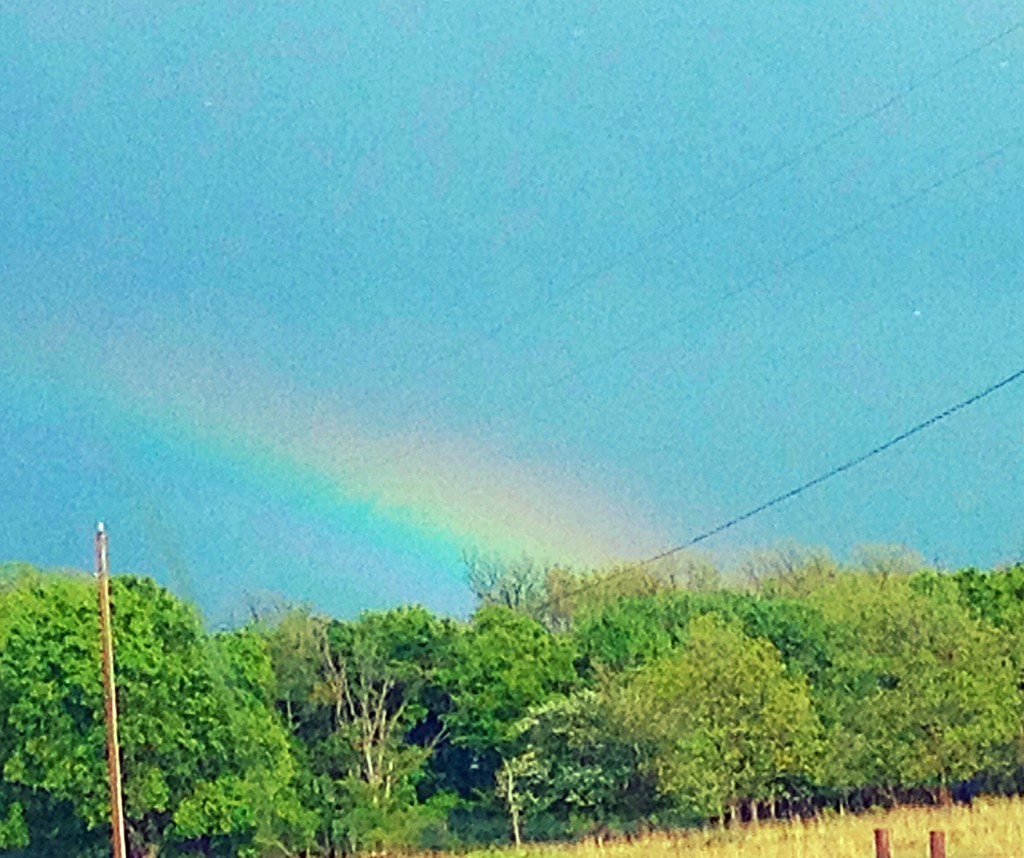 (I think she must have brightened it a little but she may have just taken hers before I took mine because the skies did seem to get darker the longer we drove.)

Tiffany and I ate at Braum’s on errand day. She got a double scoop cone and had it dipped in the chocolate that hardens quickly, making it like a klondike bar. 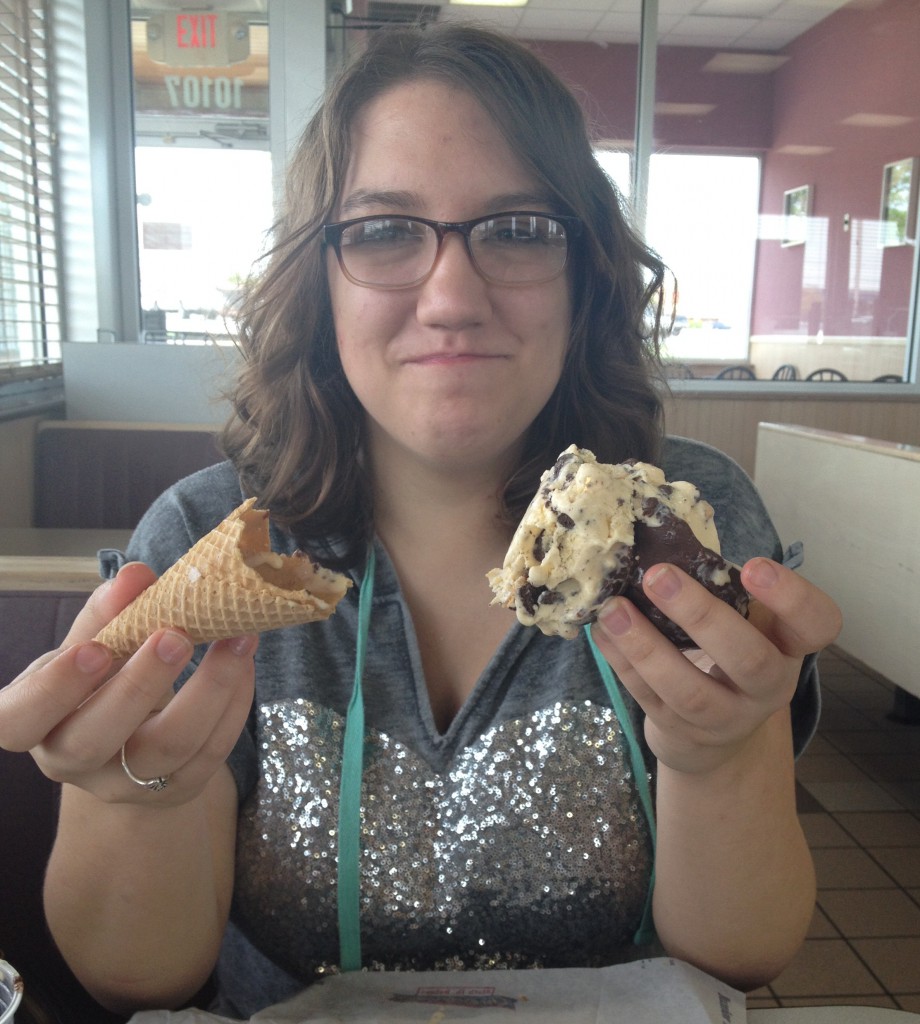 We ended up putting it in a cup. At least the chocolate kept it from being a horribly nasty mess!

We had a lot of fun!

Lauren spent a few days with us while Brian was out of state getting some more training this week. We always have a good time with her here. Unfortunately she had to work both days, so we didn’t get much time together but there is always next time.