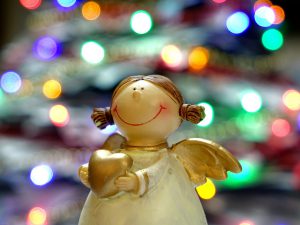 It is April. I know it is April and no where near Christmas. However, now is the time to think about Christmas or more precisely, your Christmas budget.

In the early years of our marriage, coming up with a budget for Christmas was a difficult thing because we would wait until November to begin talking about it. Since Mike is a painter, the holidays can be slower because people don’t generally want their home torn up at this time of year. After many years of this recurrence, I finally realized that the best way to handle it was to put money away every week, on grocery day. This way, when the holidays roll around, we have no struggles because we’ve already discussed it and the money is there, earmarked, untouchable for anything else.

Our Christmas budget is no longer dependent on how much work Michael has during the late fall. We planned for it and make provision for it all year long. It is one of the best things I have ever decided to do and I’m very thankful that Michael has allowed me to do it.

I highly recommend thinking about it now for yourself. You could take a certain amount out each paycheck. This doesn’t work for us because Michael has inconsistent paychecks.

I took how much I wanted to spend on each individual. I included money for filling the stockings as well. Then I took that total and divided it by 52 weeks, because I shop for groceries every week and I get the money with my grocery money. I have an envelope where I stash it each week. Come time to shop, I use a charge card that earns me points I can spend on things later, so that I don’t have to carry cash with me.

I made that mistake the first year and carried cash but then had a difficult time keeping track of all the change. Now I keep a running total of what I spend, as I spend it and then just pay the lump sum when the bill comes. Michael tells me the bill has arrived, I look it over, and give him the cash, which he deposits and writes the check to pay the bill.

Yes, it’s a couple extra steps along the way but I’m very thankful to have the cash available and remove the financial strain from the holidays. Now we can just enjoy!

I hope this encourages you to consider making a Christmas budget and following through with the savings.