My baby loves to laugh. 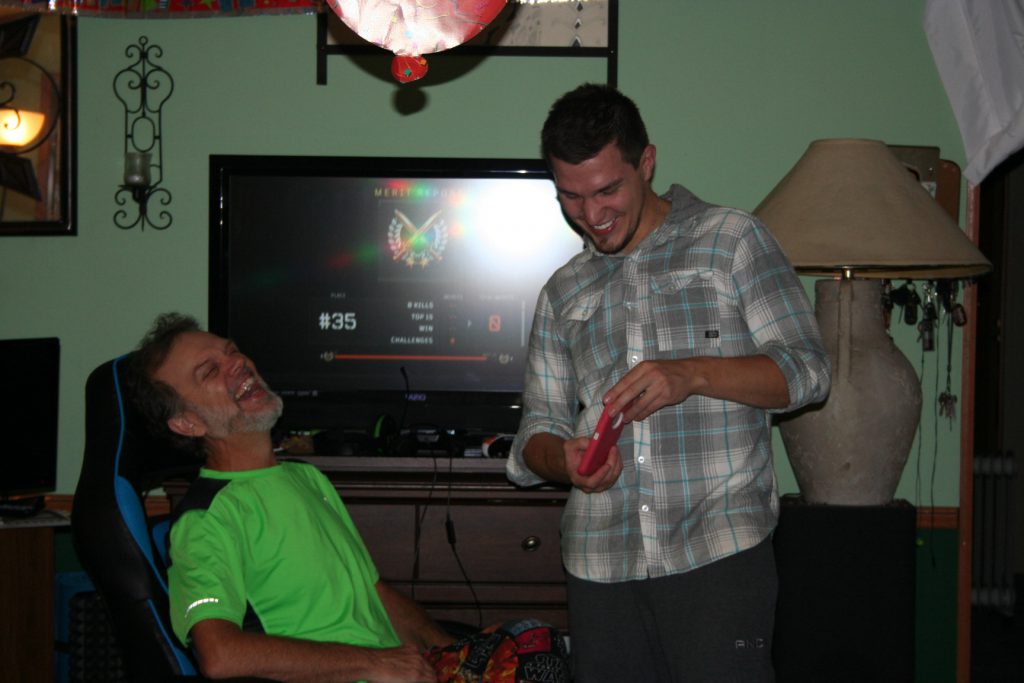 They were playing the new Call Of Duty game while Tiffany and I made his favorite dinner. 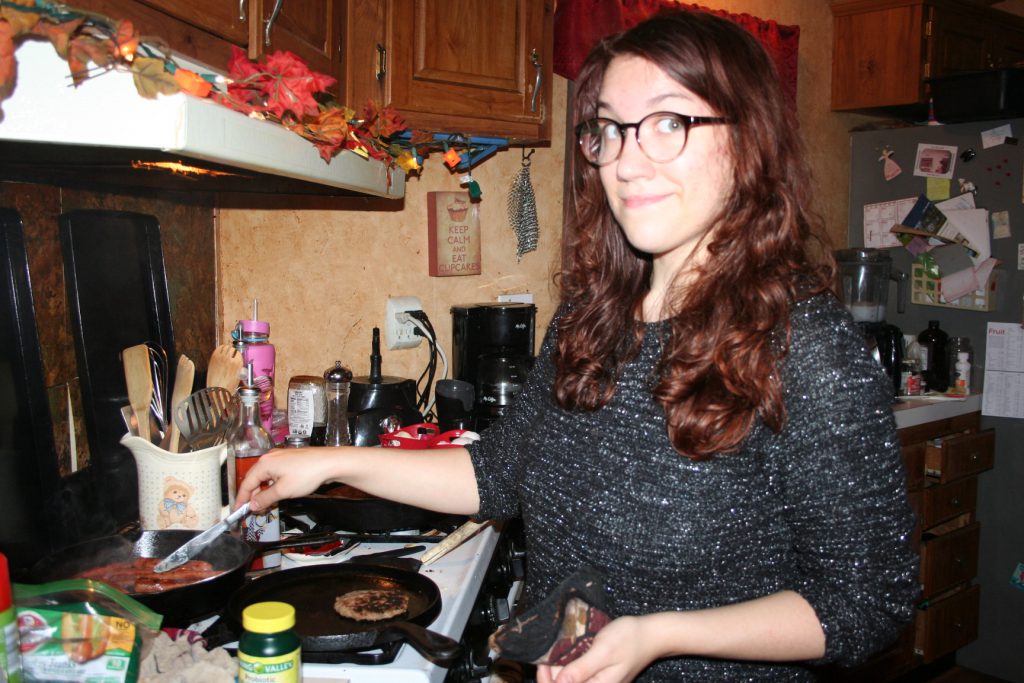 Yes, his favorite is hamburgers, hot dogs, baked beans, and coleslaw. To make it a truly delicious meal, I add onion rings. 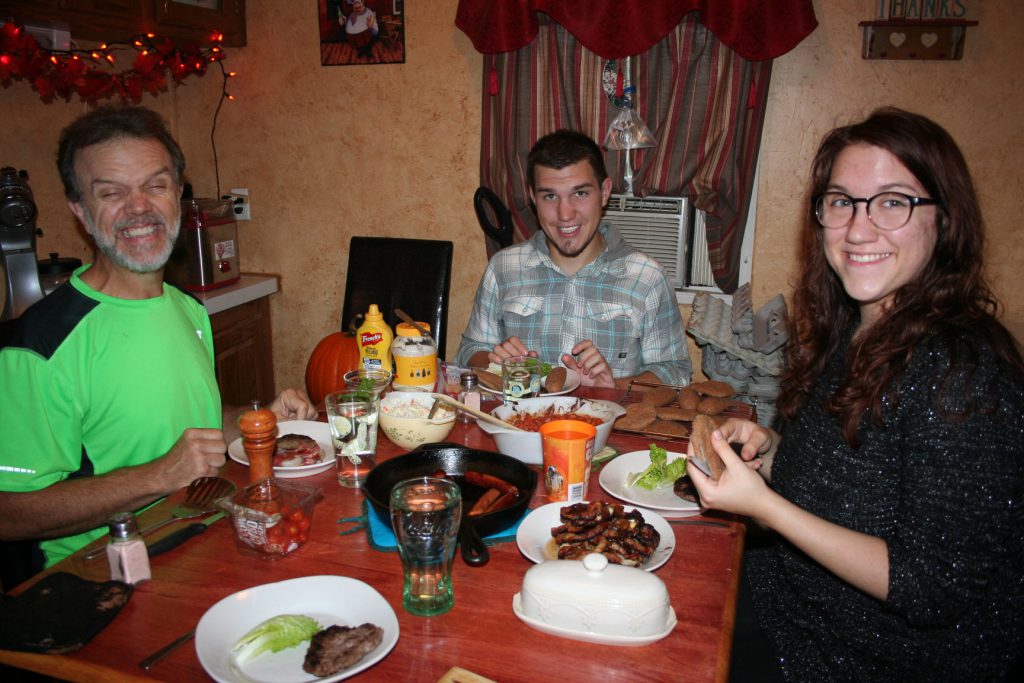 He wanted to eat, not have me take pictures.

I made some low carb hamburger and hot dog buns. The baked beans were legal too but more than a bit made the meal into a crossover, which is fine for a special day as it is still on plan. 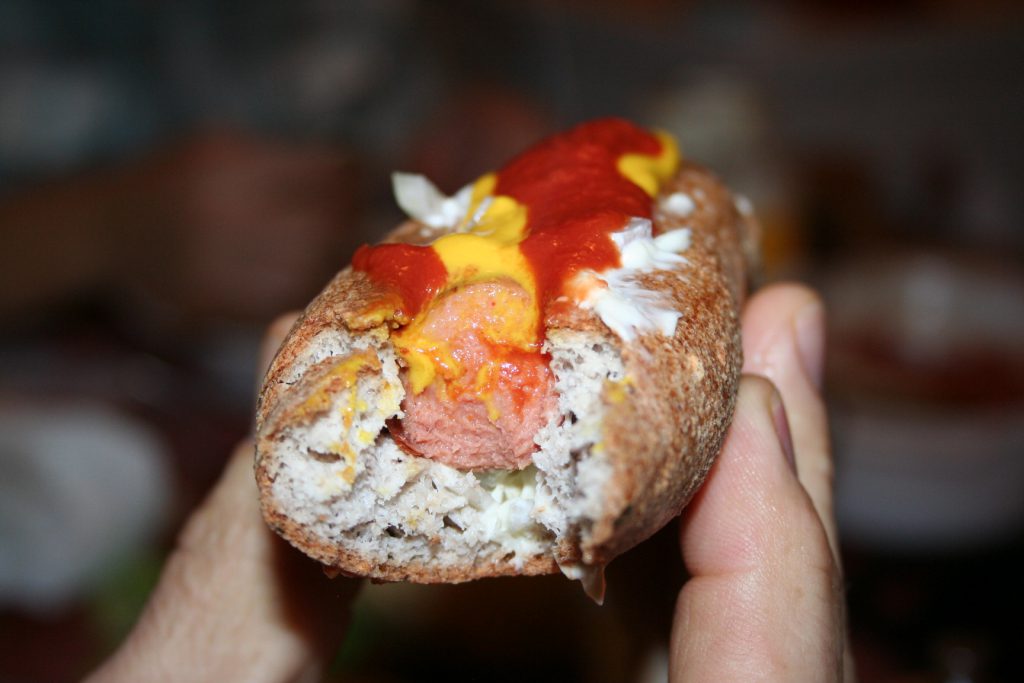 I wish I’d have taken them out of the oven just a bit early, so they’d have been a bit softer. But they were still good.

We have birthday desserts around here, which means it isn’t always a cake for birthday dessert. It is about whatever the birthday person wants. This year Michael said he wanted something creamy. He asked about a THM banana pudding. Tiffany had Tiramisu for her birthday and I had made a variation for me without coffee. So, I figured I could do something similar. 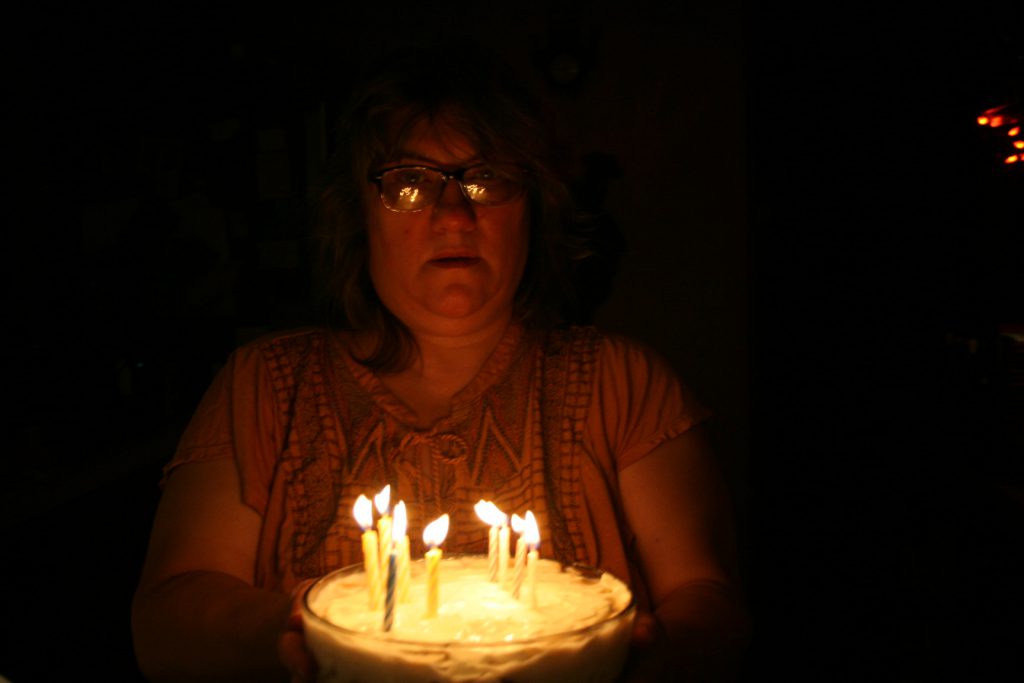 Tiffany did some stress baking this week too. 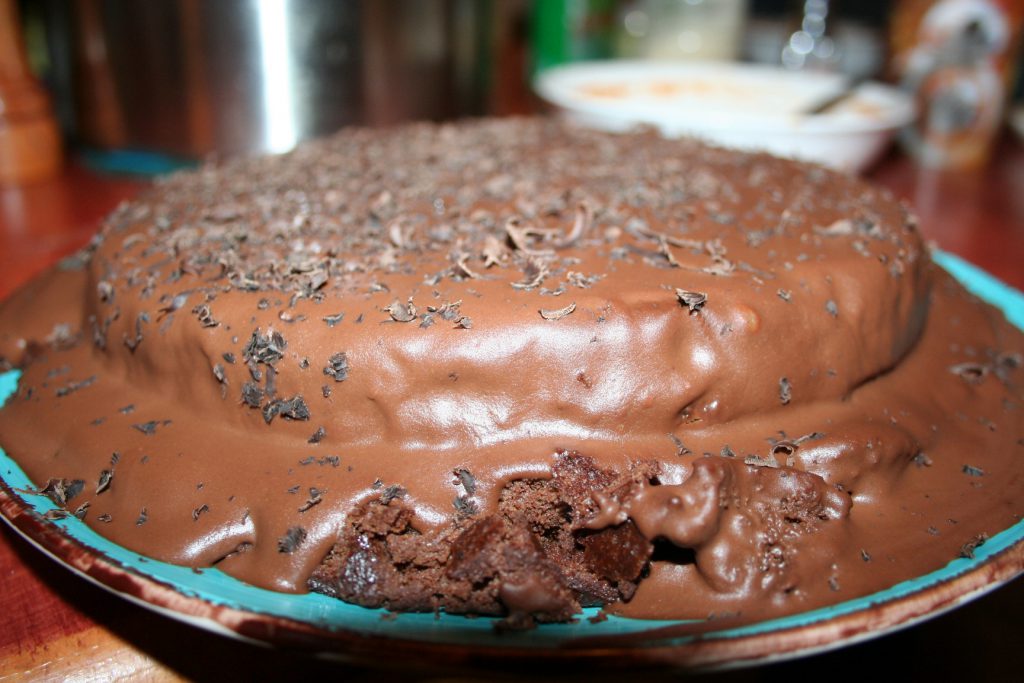 The recipe called for two springform pans but we only had one, so she used that and then one of our other cake pans. Unfortunately, it is an inch smaller diameter.

So we had what looked like a fountain cake. I don’t know what this messy bit is but the cake was very light and good tasting. 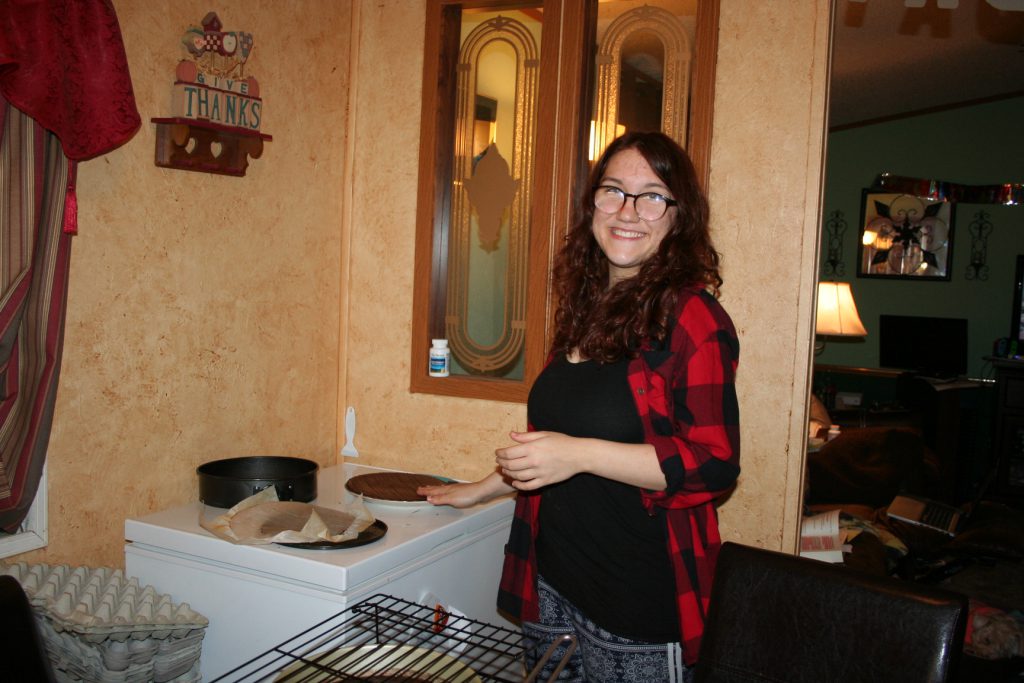 I think she made a couple other things as well but I don’t remember what all they were. Michael wanted pumpkin pie for his birthday dessert at my parents’ for his birthday celebration. Tiffany made that too.

I love her so much! She is such a blessing to me.

Brian and Lauren have been married for six years now. For their anniversary Michael made a clock for them using the board that their wedding cake was on. He painted it, added a clock mechanism, and put some seashells on for decoration. They went on a cruise for their honeymoon, so we thought the shells were appropriate. 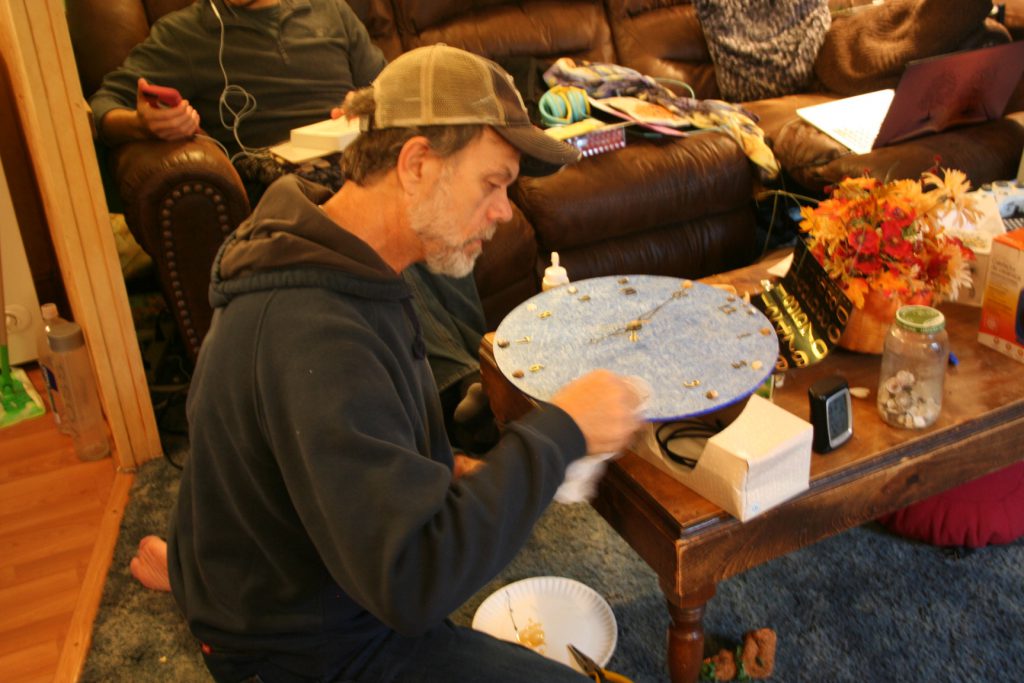 They arrived on Saturday to celebrate Michael and my niece’s birthdays on Sunday. They brought the new Mario Party and it was fun watching them play. 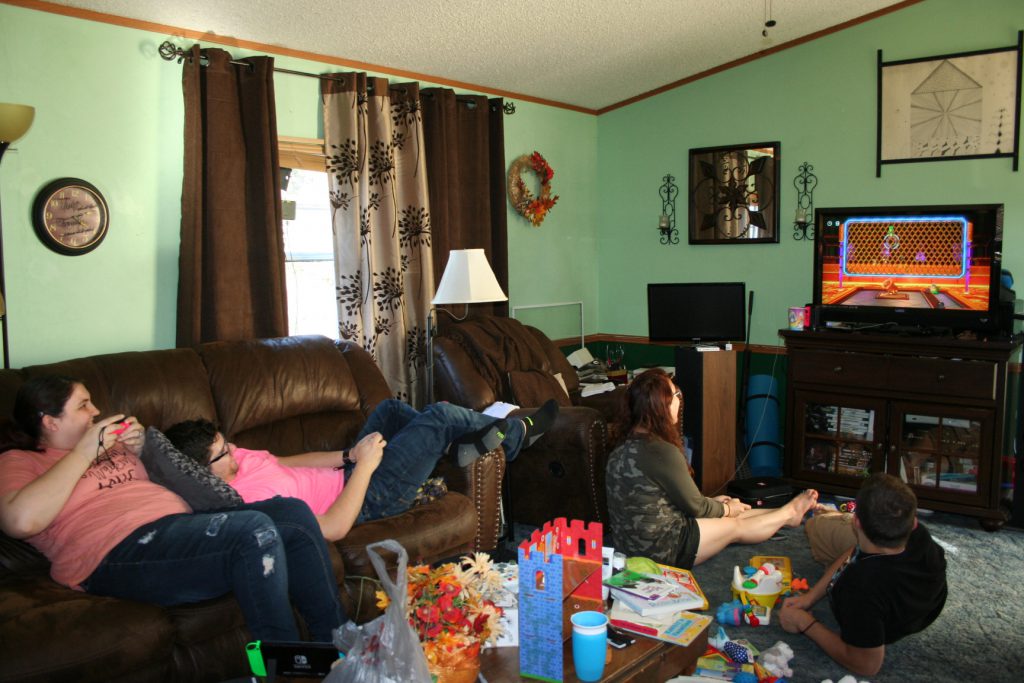 Liam went with Michael to get the mail. 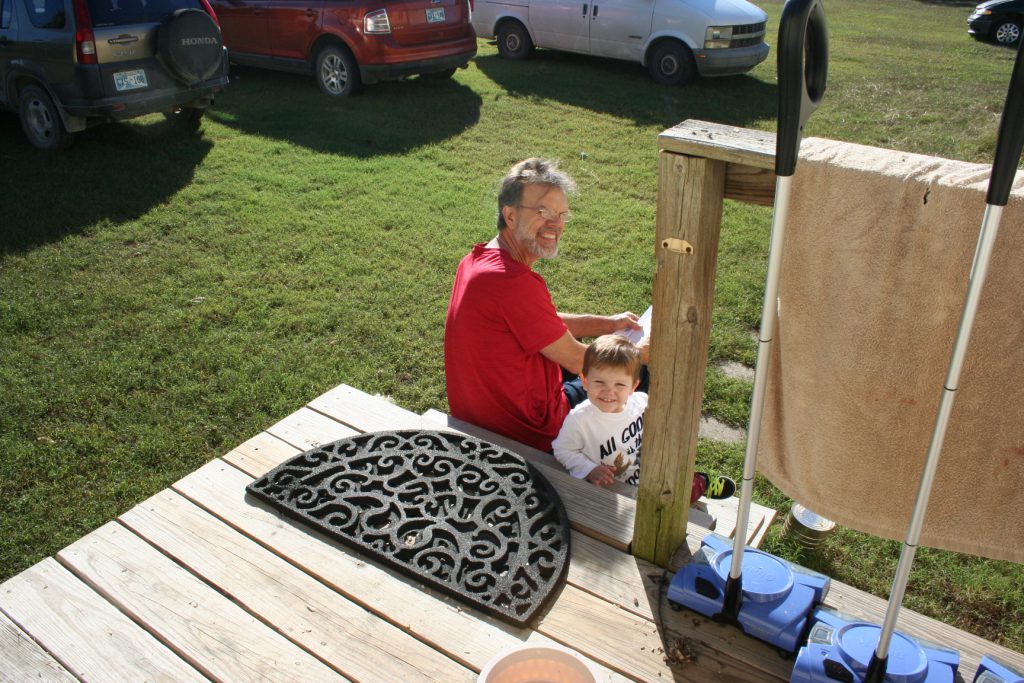 He’s such a cutie!!! He helped him dig up some of the brown mums for us to take to my mom Sunday. 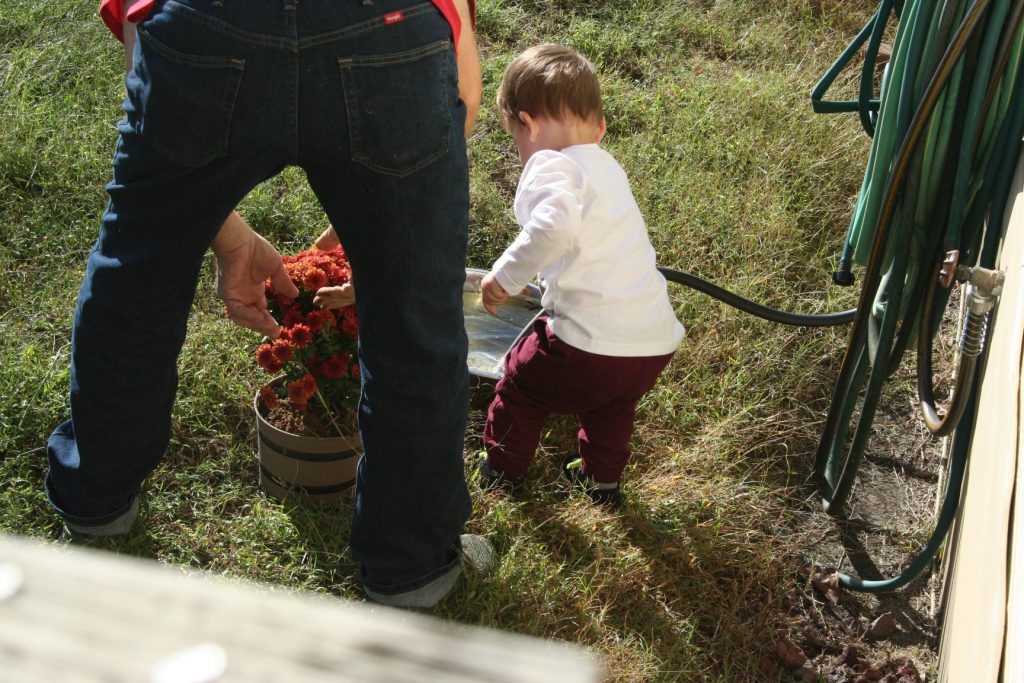 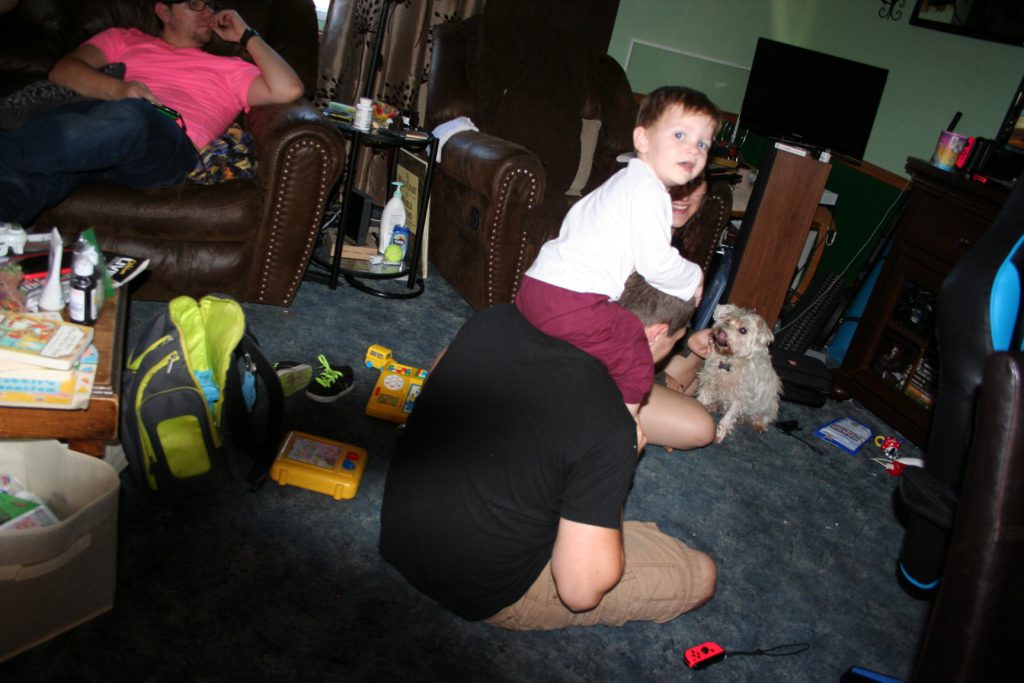 Brian picked on my old toys.

They were things I still have from when they were little. But Liam seems to like them well enough. 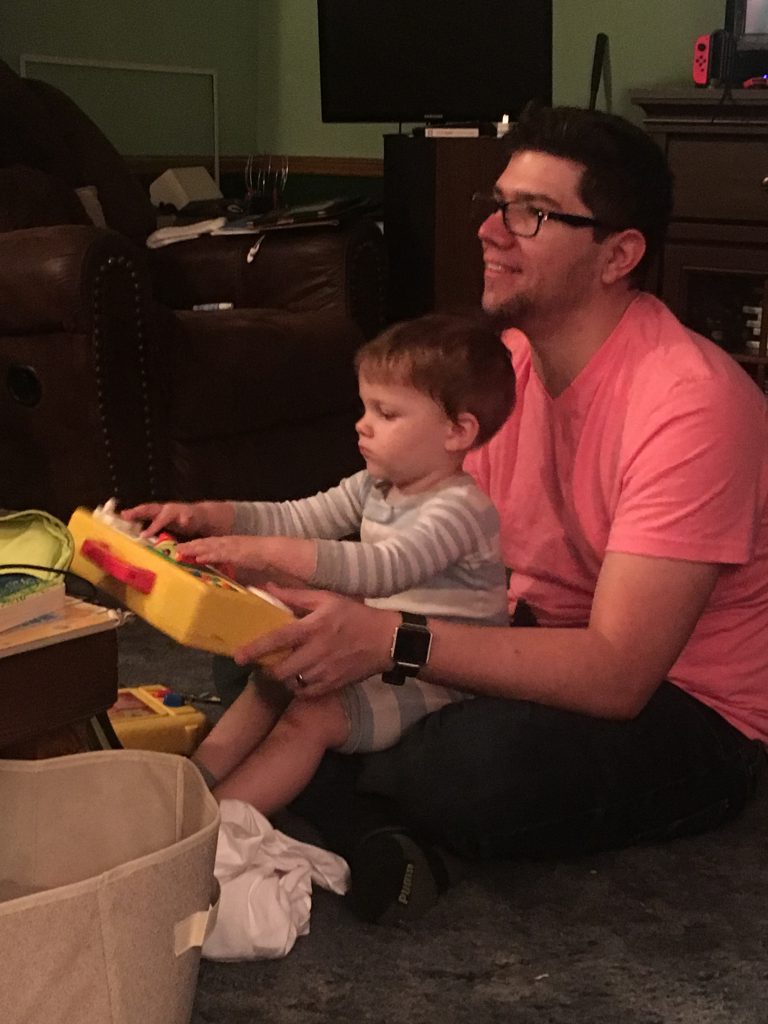 It was a fun weekend and I’m amazed that I got any pictures at all.

However, it should come as NO shock, that I did not get any from with the rest of the family.

Liam and I had some fun together and Tiffany did snap a couple cute ones. Here’s one where Liam and I were playing, hugging, and tickling. It was such fun to see him mimic me. 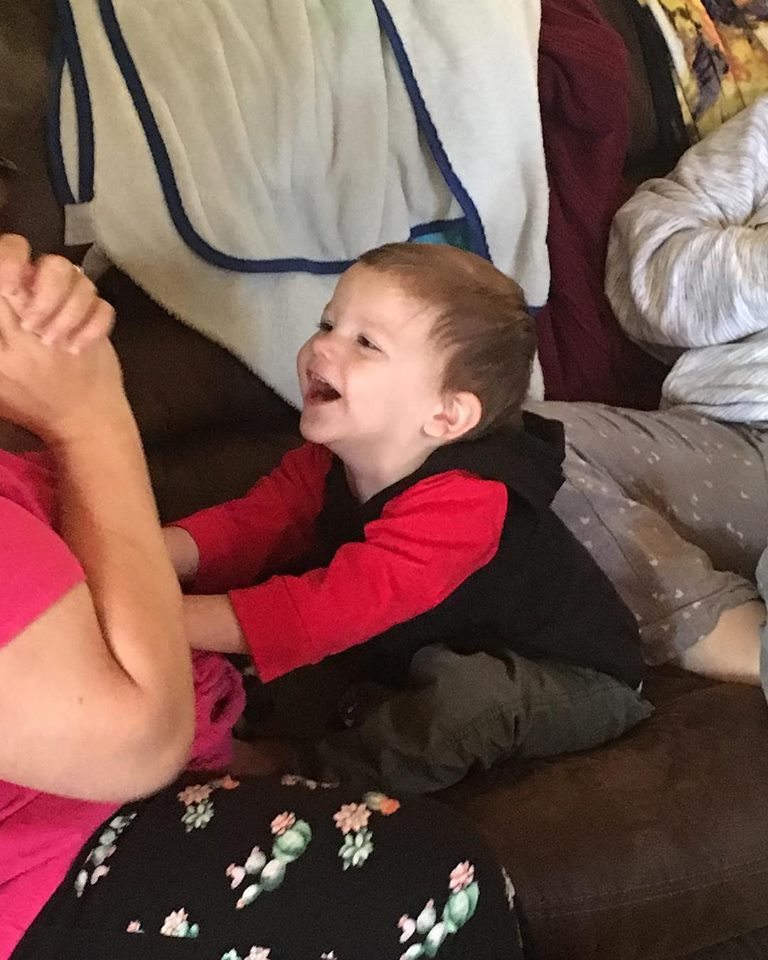 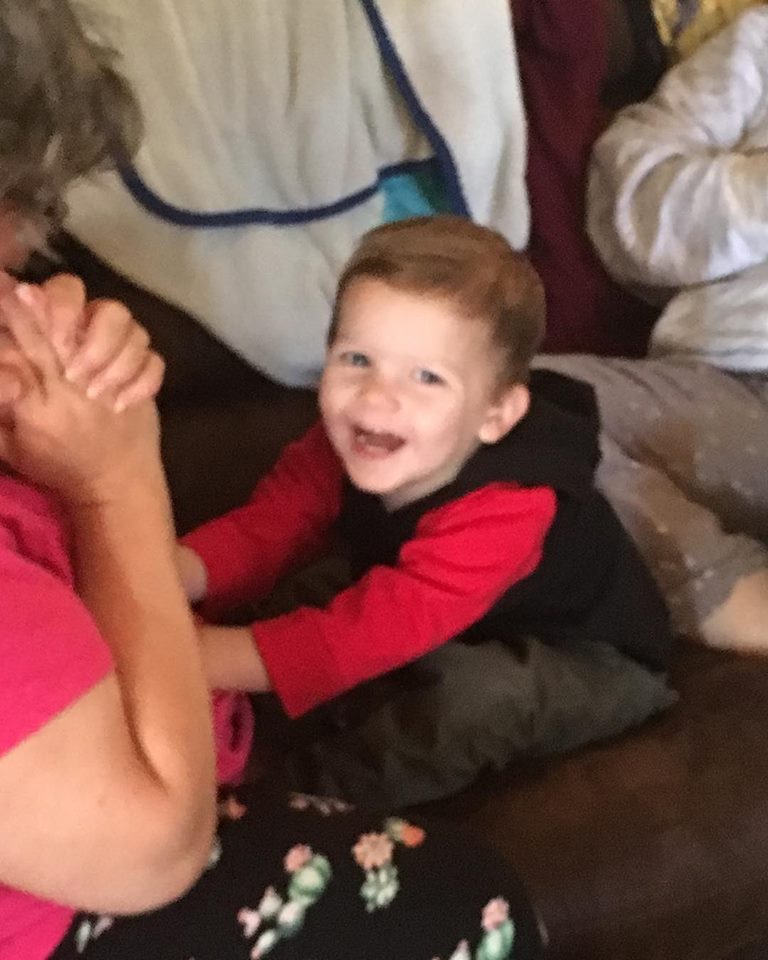 He didn’t sleep well Saturday night . . . he seemed down-right miserable. Lauren thought it was allergies since he’d been fighting seasonal stuffiness like his daddy. On their way home, Lauren sent me this picture. 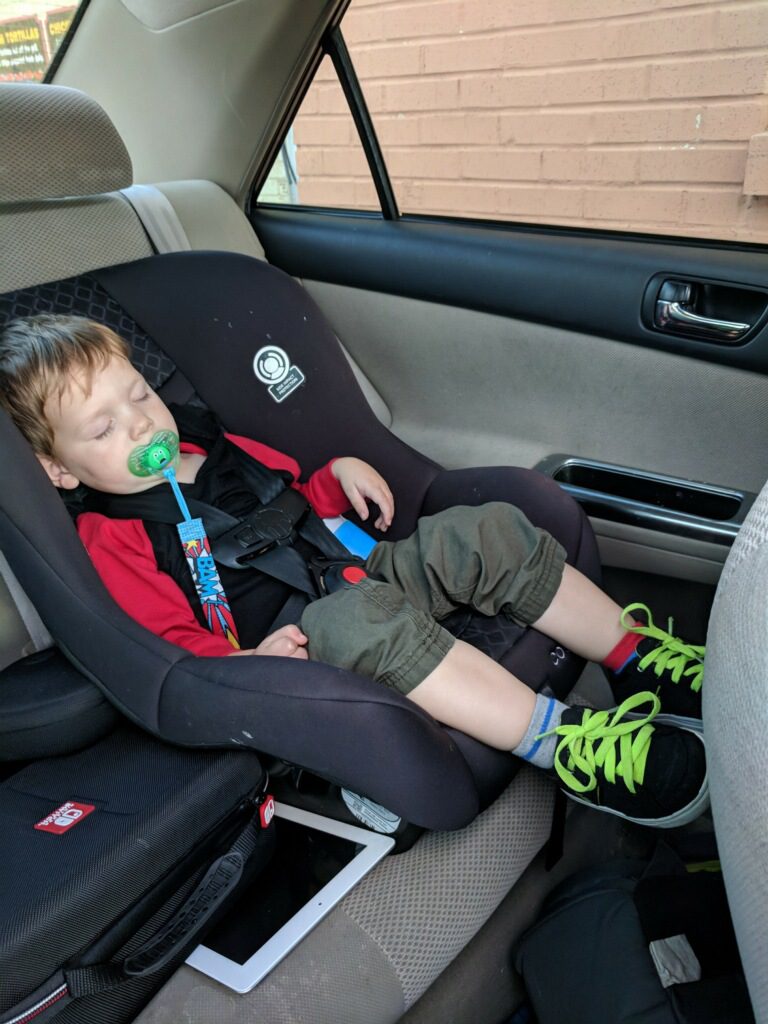 Unfortunately, Tiffany “caught” his allergies and has been sick all week.

She is definitely going to have to improve her immune system. She and I have a very symbiotic relationship and when one is not having a productive week, the other struggles.

Then my ankle starting giving me trouble; this has got to go. I have shopping to do!!! Christmas is coming and I like to be done with my shopping by Thanksgiving and I haven’t even been out once. Thank God for Amazon though; at least I’ve started it.

Well, I’m going to run. I hope you have a blessed weekend.