So  yeah, Liam was here last weekend! Isn’t he a cutie? 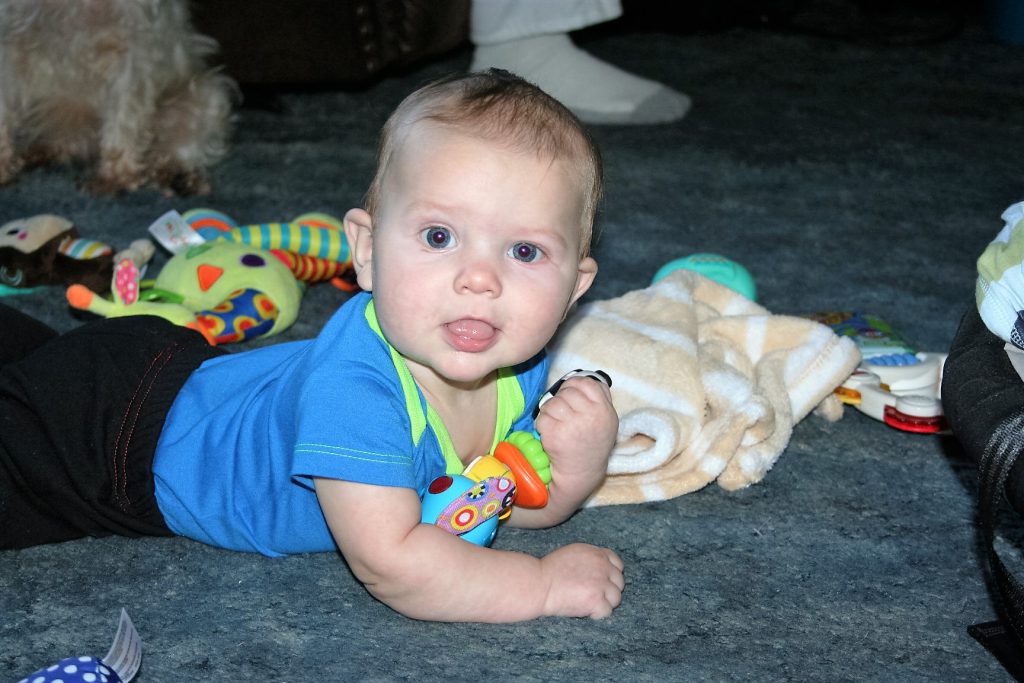 Michael picked him up on his way home from work and then Lauren came and got him several hours later. (I hope this will be a new tradition.)

He’s enjoying tummy time now; he went through a spell where he did not like it at all though. He crawls/scoots around in a circle and rolls over with ease now. I need to get him a few more toys to play with here though. I cannot wait for yard sales this year. You can find baby things so inexpensively! 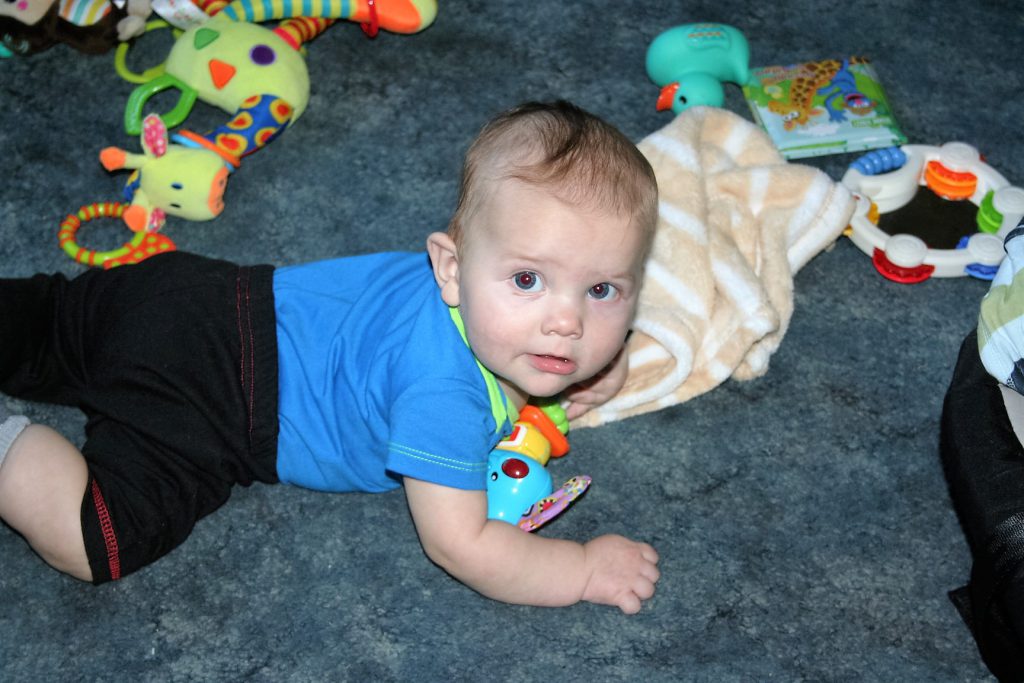 This is the first time Michael has picked up Liam; Lauren and I learned somethings from this. The biggest is that she either needs to text me or leave me notes in the diaper bag or I’m probably not going to get the message.

When she arrived to take him home,  he was not in his pajamas because Michael forgot to tell me to go ahead and put them on him after dinner.

We also realized, beyond all doubt, that I, grandma, need to get a highchair! Michael, grandpa, does not make a good one. 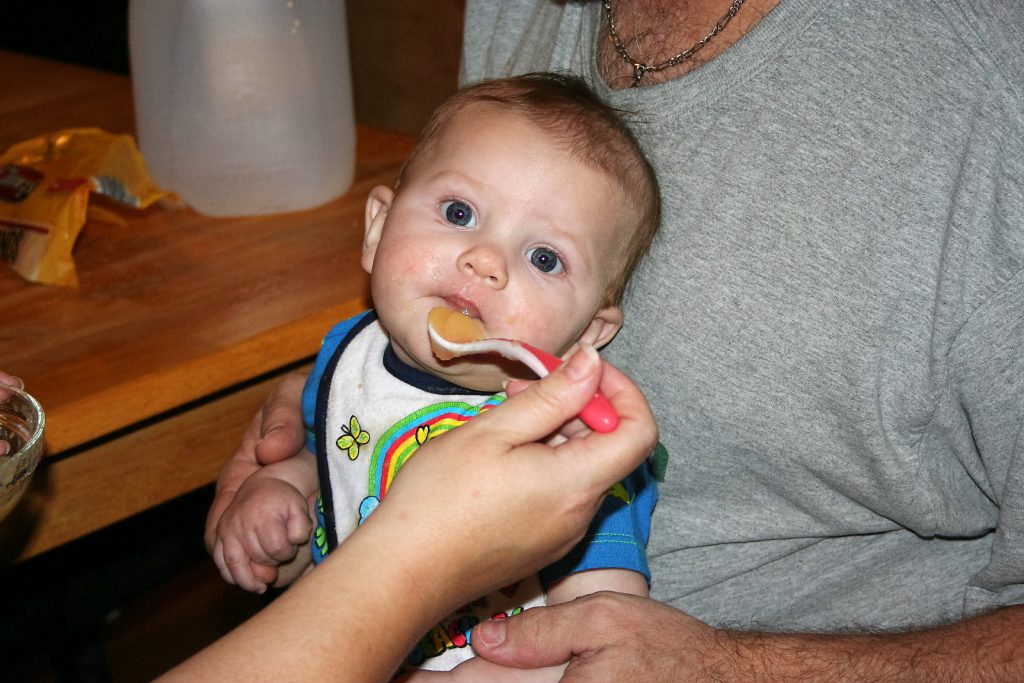 I was getting some snuggles in while Tiffany made dinner. She caught a picture of him watching her. 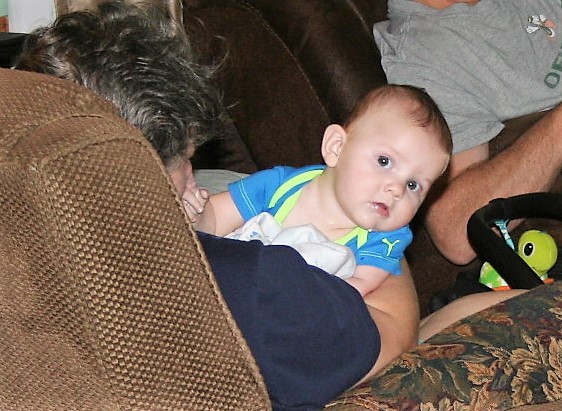 He was really drooling a lot too. Cutting teeth is slobbery hard work.

In other news, I took some process pictures for the Chicken Lasagna Florentine this week and should have that recipe updated before the day is out. It was really good and we found we could serve it on some more spinach, if desired, and with broccoli as a side dish; it really goes well with it. 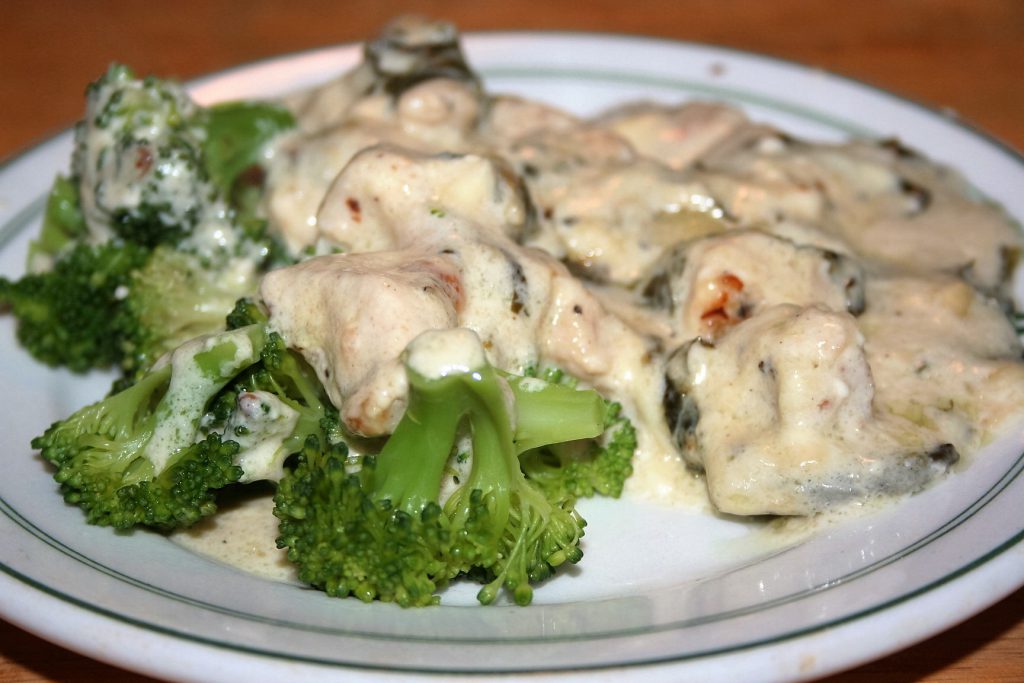 And finally, we’ve started a new tradition with my parents this week. See, we used to go to their house every Sunday; I liked it that way. It was actually Michael that started it the year we got married. At any rate, over the last four years or so, it has dwindled down to once or twice a month, unless it is birthday season.

So, in an effort to stay connected with them, we decided to have them over for dinner once a month.

We did that for the first time this week. I had purchased a ham when it was on sale last month, so I decided to fix it. (I’ll be sharing that recipe eventually; didn’t take but one picture.

) Tiffany made the scalloped potatoes for me, while I made an attempt at scalloped cauliflower. I also made some green beans. 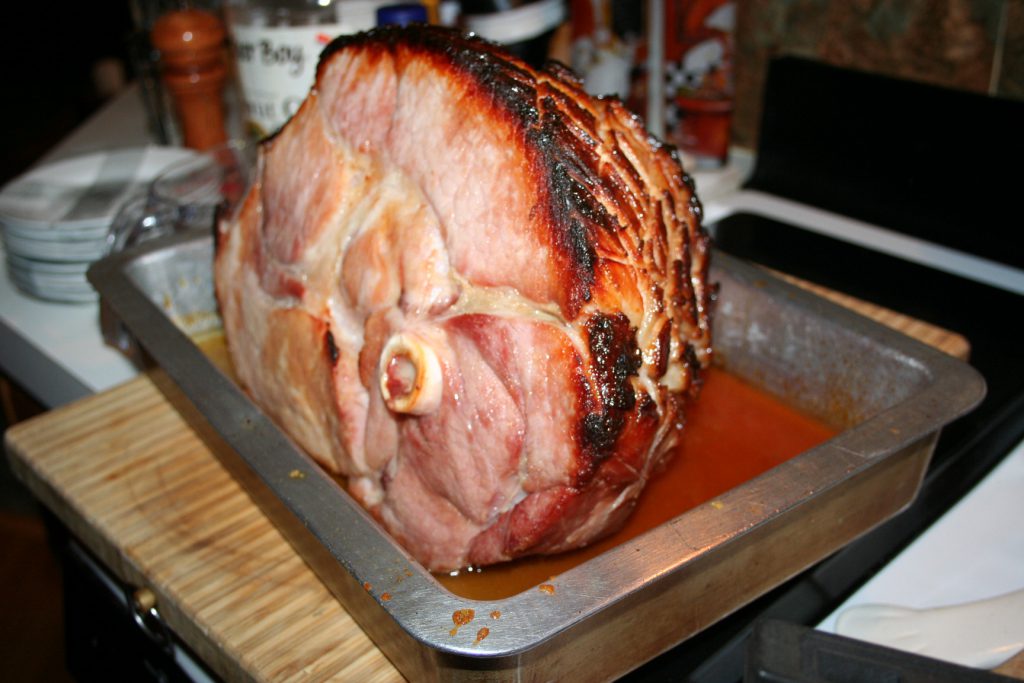 After dinner I fixed some blueberry cobbler. Everyone said they enjoyed it. I know I did.

Of course, I’m still bad at pictures. I got a couple of my parents walking out to the car to leave. That tickled Mom but the one of her looking at me laughing wasn’t a good picture, so this is all I got. 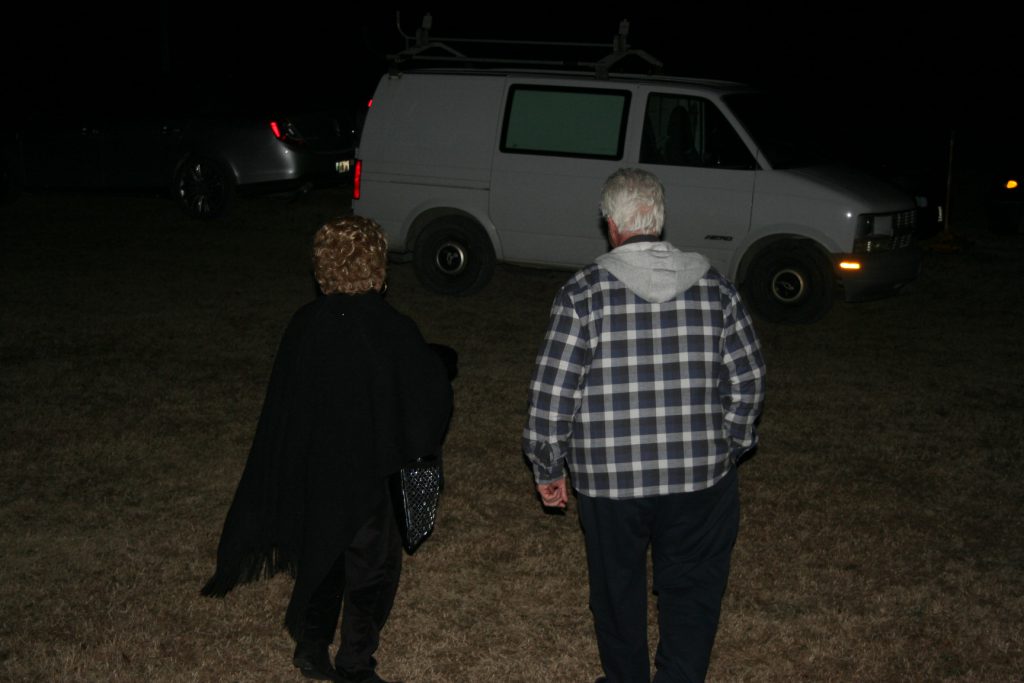 Well, that’s my week! (Well, except for the part where we rearranged Tiffany’s room after running errands, which made for two tired gals.) I hope you have a good weekend. We shall!