Since Laura Harms generally takes the summer off from posting challenges, I didn’t even check the Diva Challenge this week. Instead I’m continuing on with Sandy’s Today’s Tangles weekly prompt. (#TTKICPrompt062419)

This week’s prompt had an intricate string, which I copied somewhat.

There was so much to it and it created so many sections that I knew I would not be putting something different in each section. I really like W2, so I decided to use it. I liked Marasu the times I’ve used it, and thought that one of the circular sections would lend itself to Marasu. After I did the section with it, I realized I could have just made the whole string a Marasu snake.

But I’d didn’t think it would look as good at that point, so I moved on.

I found a place to use Betweed. I made friends with Betweed several months ago. Prior to that, I just couldn’t make it look right, nor could I seem to wrap my head around it. It is actually very simple; I don’t know why I struggled so.

Then there was Finery. Yep, we are not friends yet. It’s just kind of there. I didn’t quite get the right curves and angles on the lines for it but that is okay. The last tangle I used was Fescu, which is super simple and easy to draw. 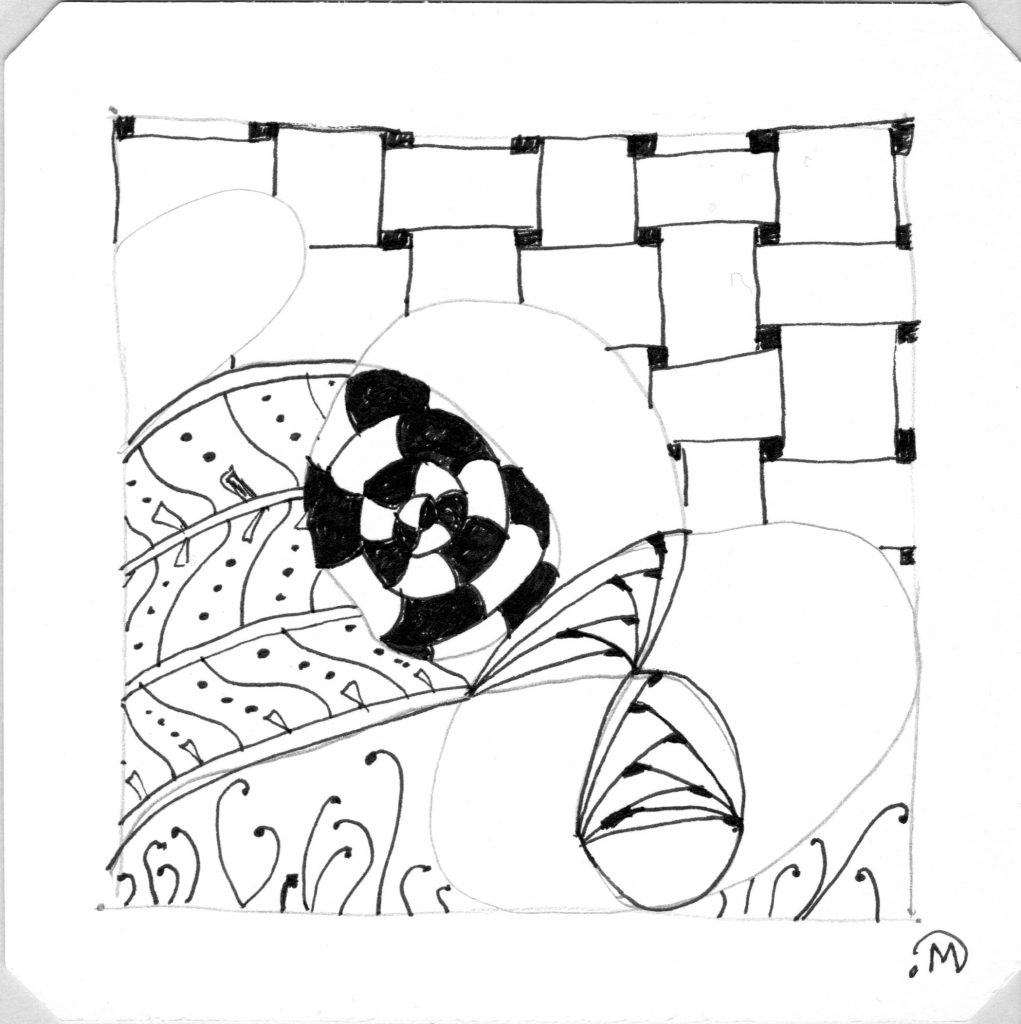 That was the scan. Here is the picture in natural lighting. Thankfully the sun cooperated when I needed it to. 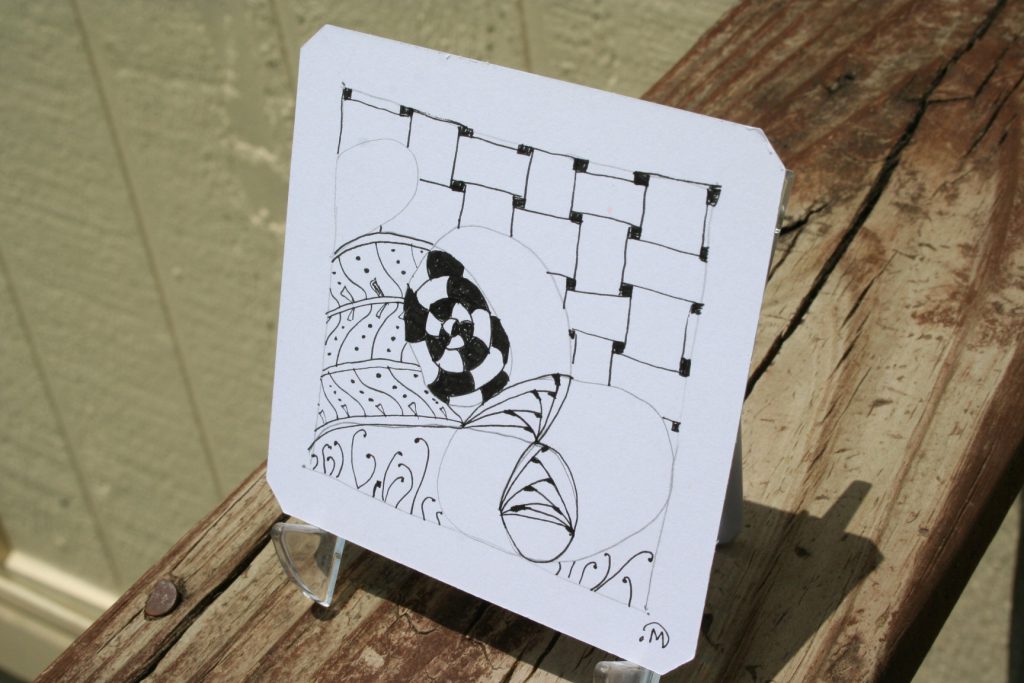 Then I shaded it! Hooray for shading! I remember when I was afraid of shading. Now I look forward to it. I still don’t get quite enough shading on my pieces yet, but I’m working on it.

Here is a picture I did midway of the shading. 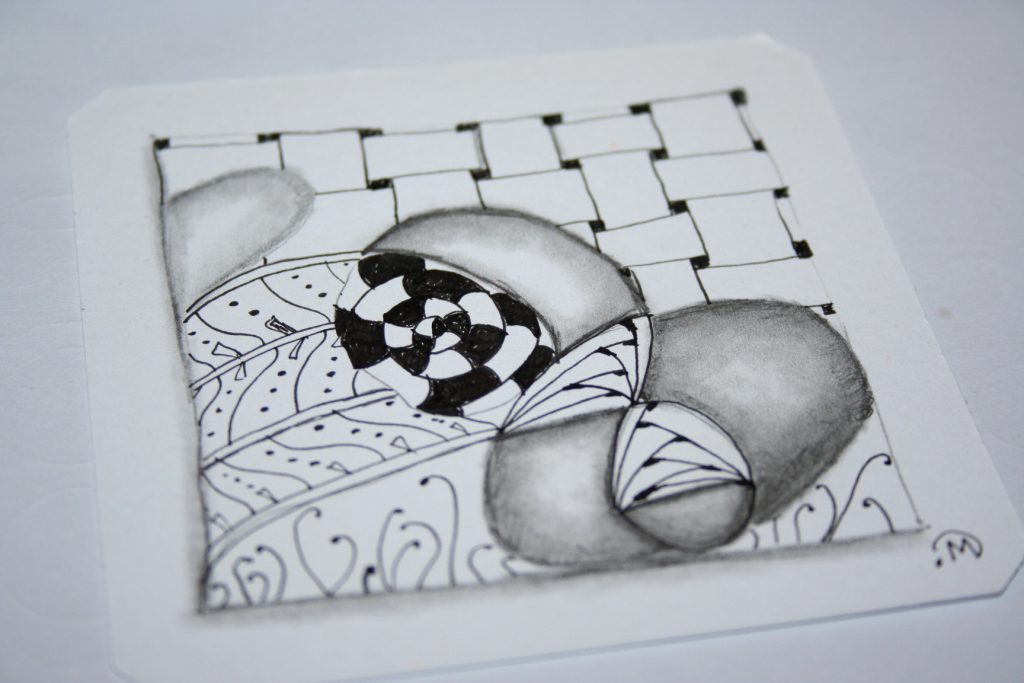 Here is the scan of the finished tile. 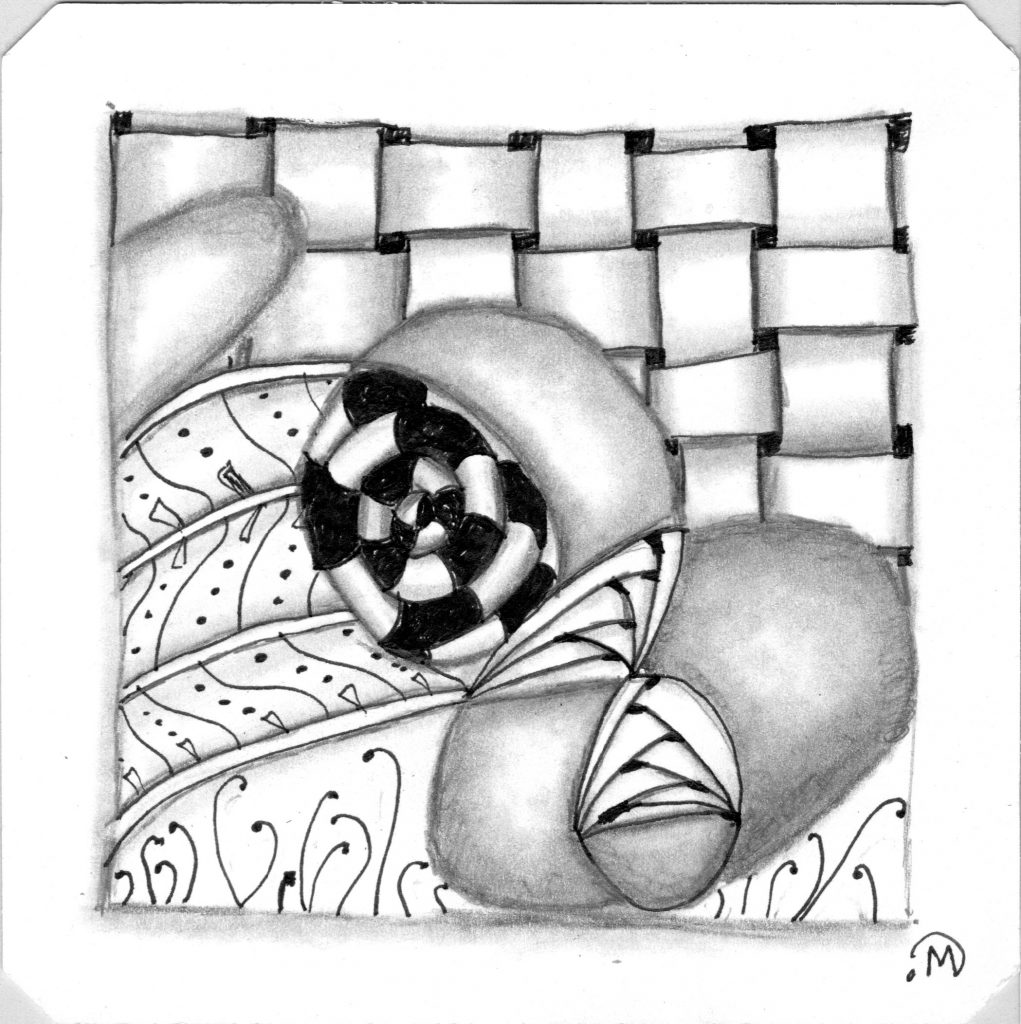 And here is the finished tile in natural light. Once again, the sun cooperated. 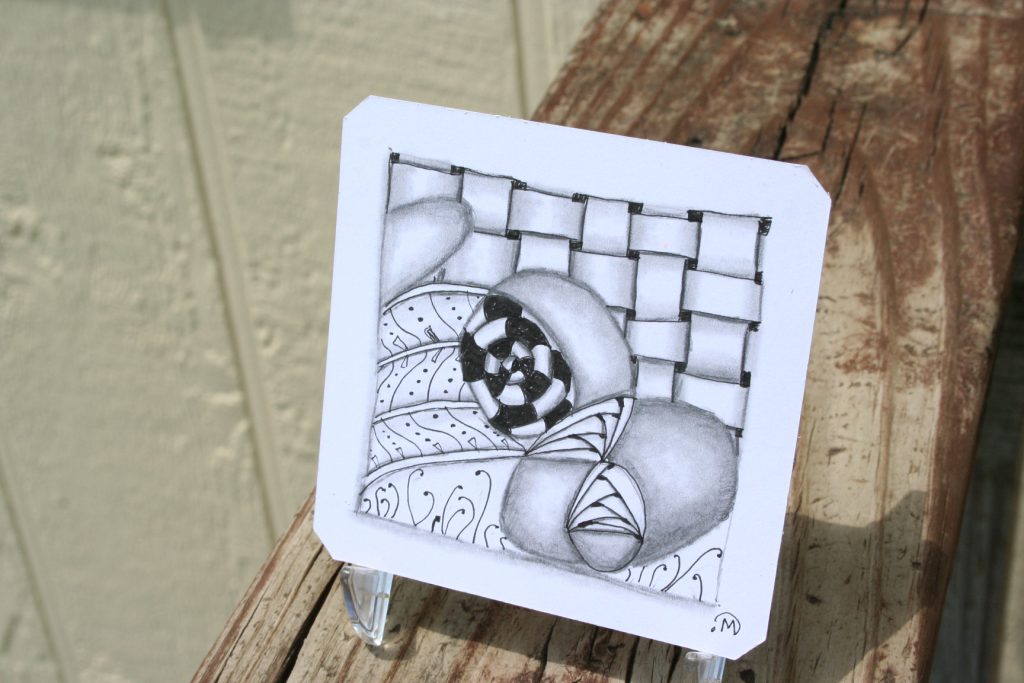 I really enjoy W2! I also enjoy shading it. It doesn’t look very shaded here but I put three layers on it.

Well, that’s my tile for the week. Thanks for stopping by. Which tangle of these is your favorite? (Top to bottom: W2, Finery (on the left), Marasu, Betweed, and Fescu)