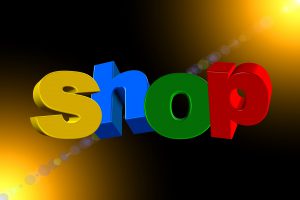 Updated when I was more awake, with some fun pictures I overlooked in my exhaustion while preparing this post.

Last weekend I wore myself out!!! We all needed some new clothes. So the four of us trekked out together last Saturday. I stated our goal up front: go to Ross, Burlington Coat Factory, and Walmart. We also decided to finally use a gift card to Outback.

We started at Ross where I happily found three dress blouses and one casual top. Tiff found some darling jeans, several of them in fact, but they were all a bit more expensive than what we wanted to pay, so we opted to wait and check out the other stores for her jeans but we did find a darling dress for about ten dollars. (I will try to get some pictures posted of them soon. They are really cute.)

Next stop was Burlington where the guys scored big! They got jeans, a jacket, cardigans, shirts, and sweaters. We were already over the 3 hour limit Michael wanted to be out. He was a trooper though. We were all very hungry by that time, so we headed over to Outback. I love that it is so easy to eat on plan at most restaurants. 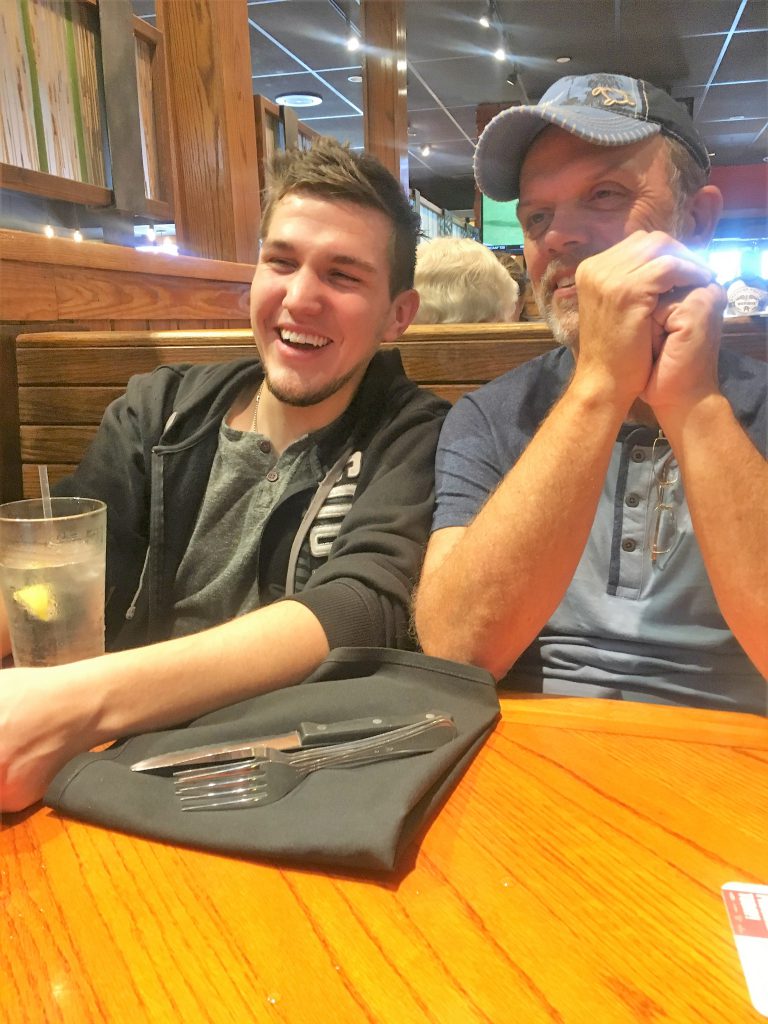 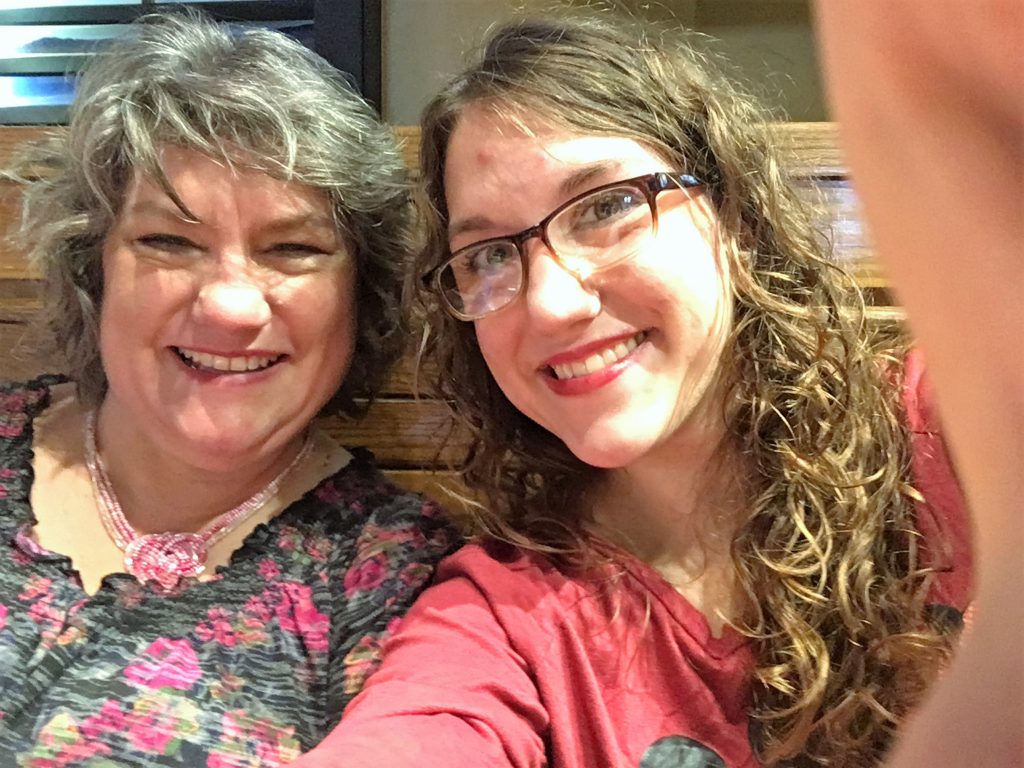 It was really good but also rather expensive. I used a second gift card I had as well but it was good!

We then spent a bit of time at Walmart and found a few more things they needed. It was a long day but a good one. It was such a long day that even though I needed to do some Christmas list shopping at Mardel and Hobby Lobby, Tiffany and I opted not to go out twice this week. That wasn’t the best decision though because we chose to add that to our regular errand day and we were gone for eight hours!!! I was so thankful that I’d put dinner in the crockpot.

I didn’t get my entire menu made but did get the dinner portion done. I’ll have to do the breakfasts, lunches, snacks, and desserts today. I find that I need to have something planned so that I don’t snack a meal while I’m deciding what to eat for my meal or snack. 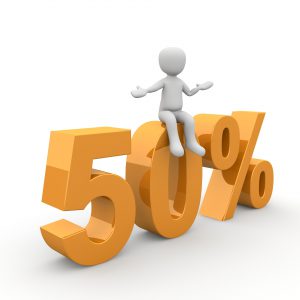 I struck out at Michaels, with just a few possible items but hit the jackpot at Hobby Lobby. They were having a sale on a couple of brands of stickers, planners, and planner kits. I’m requesting a bullet journal for a Christmas gift and found lots of stickers and things I can use with it. I don’t intend to make it a work of art but I got some stickers that will make it more enjoyable. The stickers and stuff were 50% off!!!

I just love these!!! My kitchen has several Chef Dudes. These are just adorable. 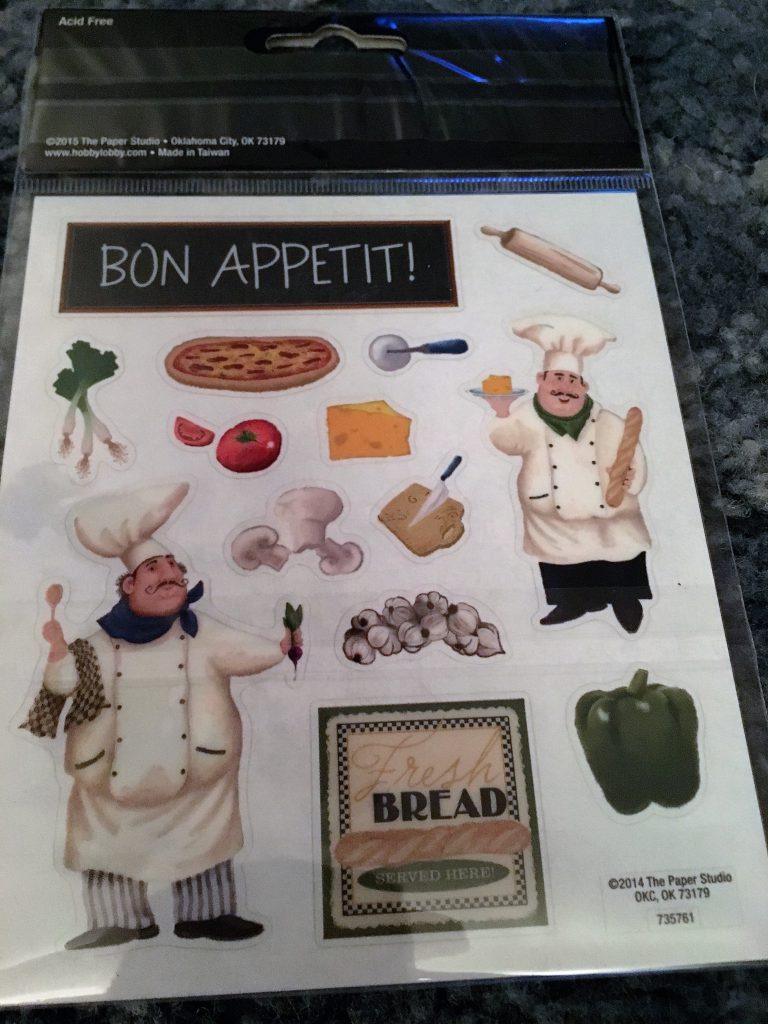 I love these too! I have a thing for emoji too. 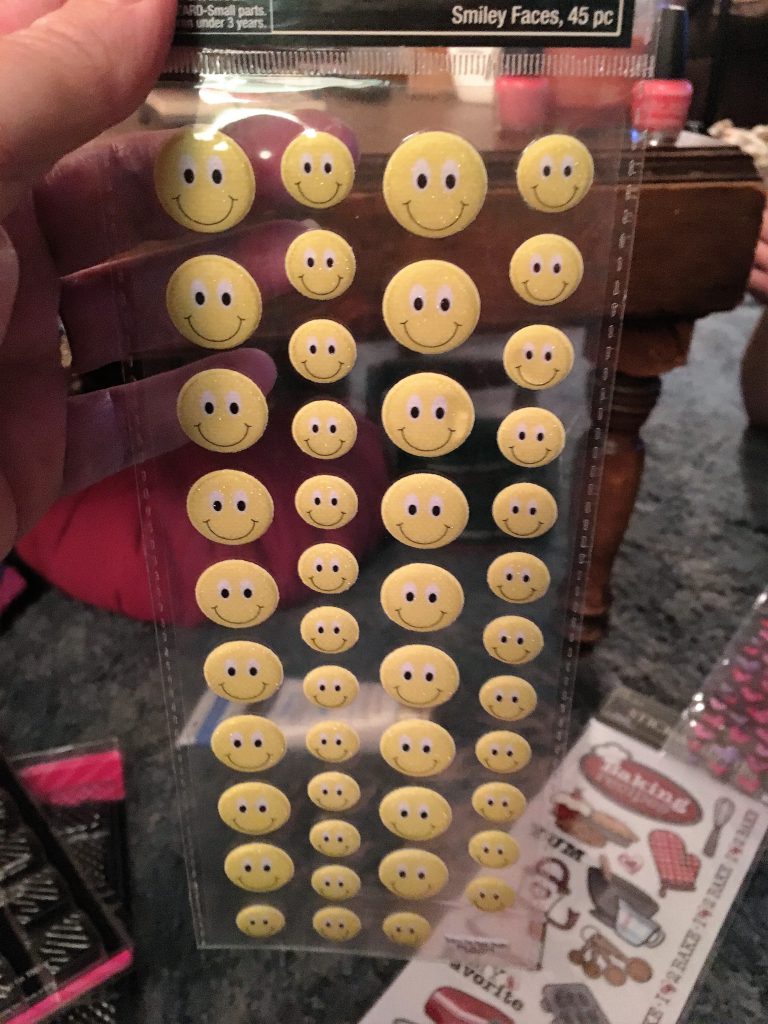 I also like this little washi tape. I think it will be a nice addition to my bullet journal; you know, the one I’m starting after I get it for Christmas. 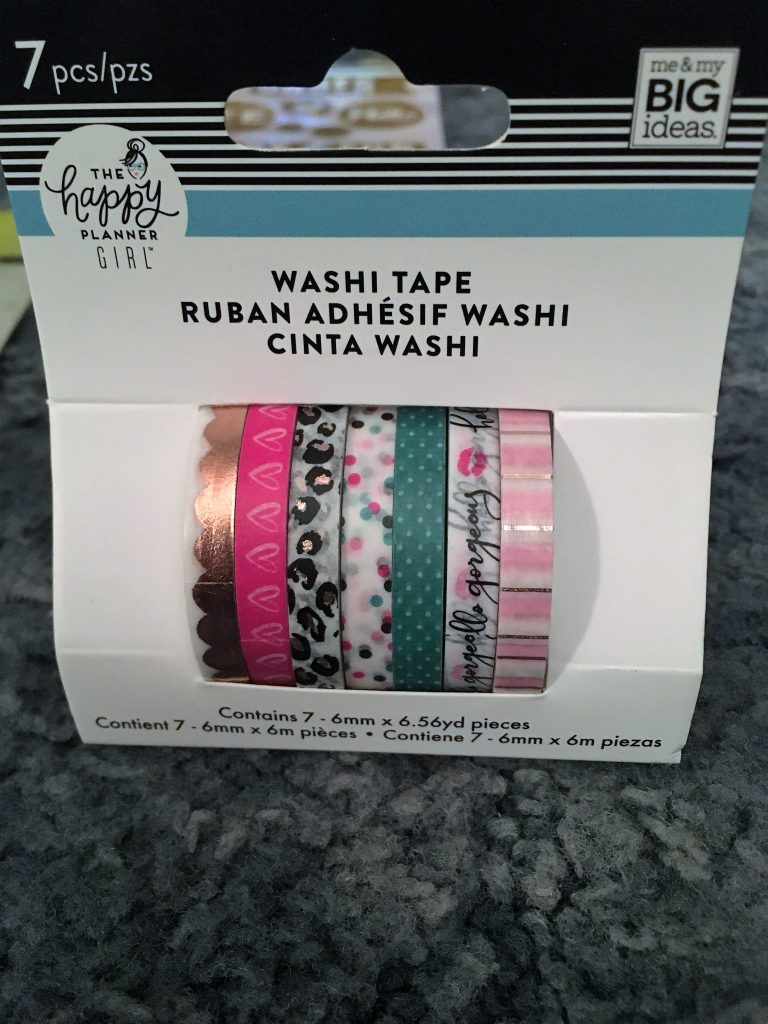 I also found a punch that will make a 2″x2″ (or very close to that) square. This is the size of the small Bijou Zentangle tiles. Normally it is $20 so it was on sale for only $10, so this was a no-brainer. I bought it and will put it on my list for anyone that wants to get it for me. 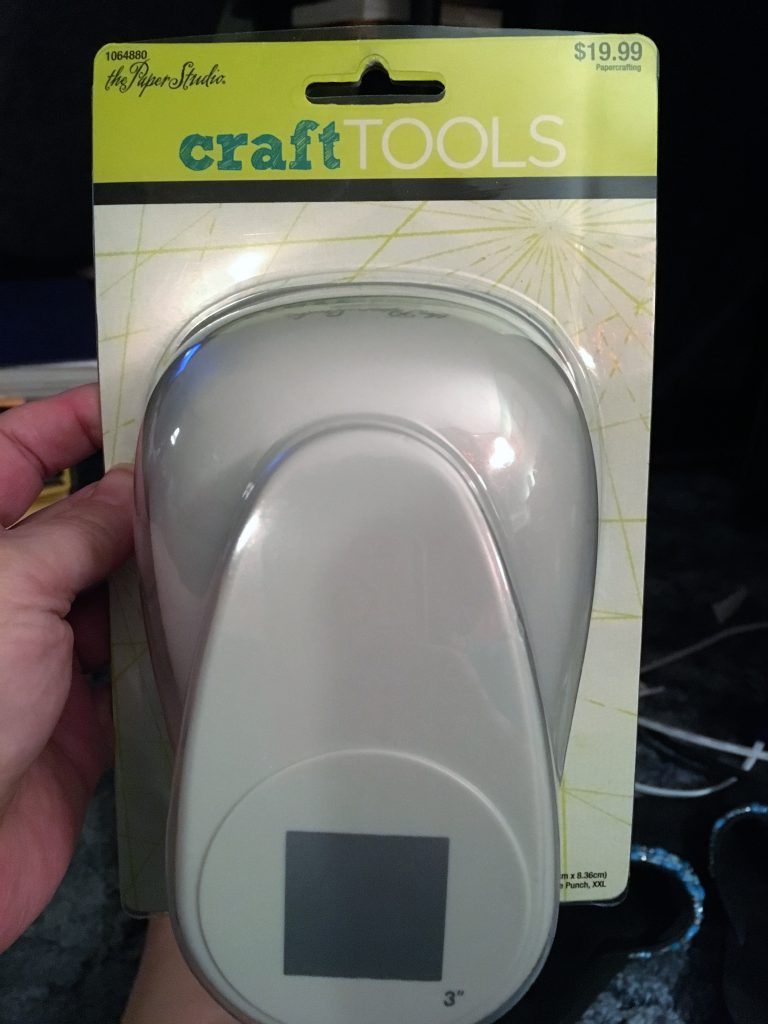 Now I’ll put these on my Christmas list and promptly forget about them until I open them.

We did the same kind of thing with some clothes we found for Tiffany last week at Ross, not the day we went with the guys but the day we went just the two of us for Christmas list shopping. Since there were only one of each item, I went ahead and purchased them and then let my Mom and sister buy whatever they wanted from me. It’s a win win!

After finishing that part of our day, we were headed to Sprouts to start our grocery shopping. At a stoplight I got this picture from my baby sister. (Yes we are both grown up now but I have two sisters and this one is the youngest, so she’ll always be my baby sister, especially since she’s 10 years younger than me.) 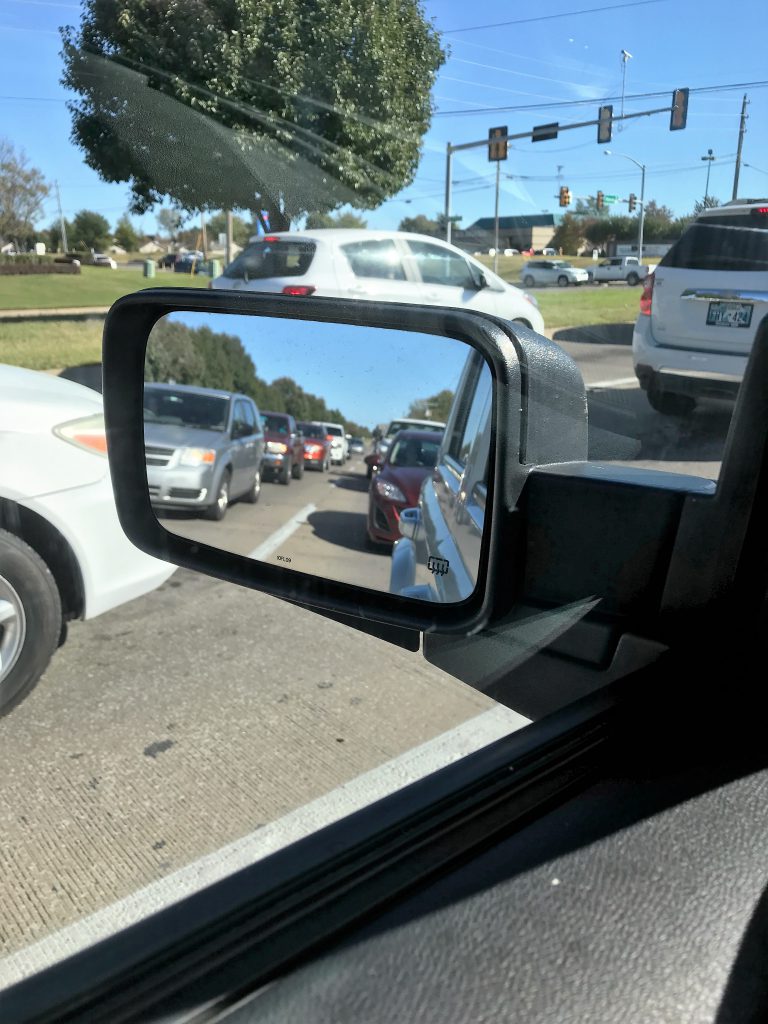 It took me a few seconds and then I saw this orange bit in her sideview mirror. 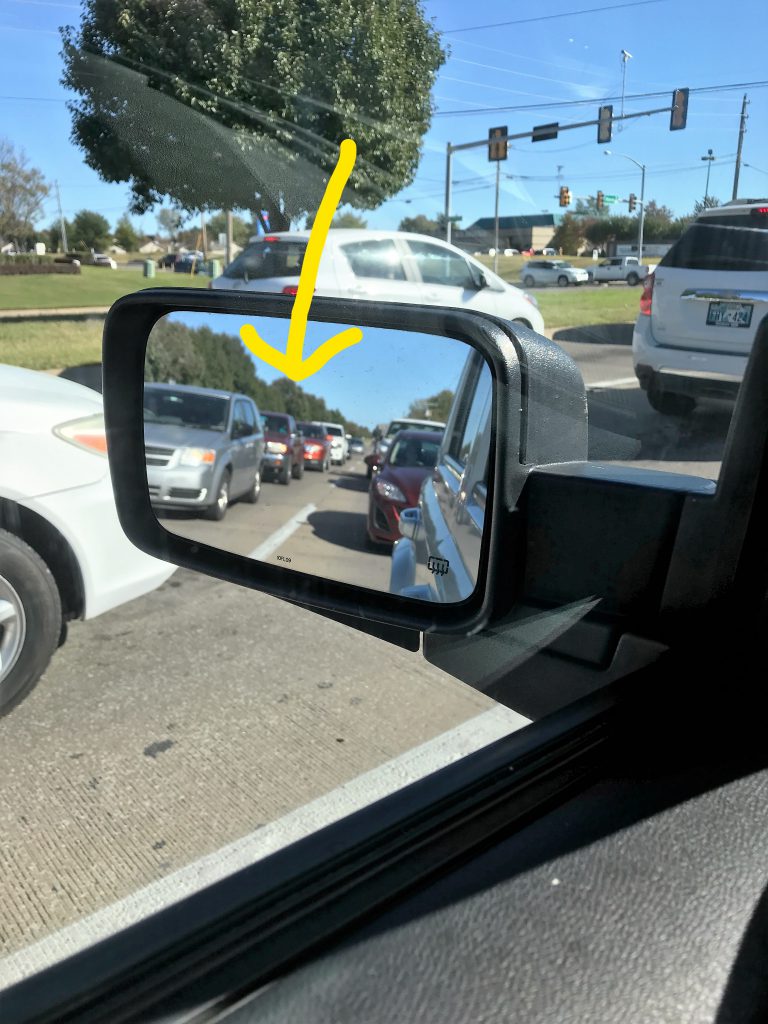 I said, are you in front of me? Yessirree! That is a fun benefit to her moving closer to us, she now shops on my side of town and we will occasionally bump into each other while out and about. Unfortunately, our trip was not finished and we had to turn off to get busy, as she and the girls were able to head on down the road towards home.

You know, it is no wonder Tiff and I didn’t want to go out twice this week; we went out three times last week! We are hermits and that was really pushing it. I’ve already decided that I’m only going out (other than for church) once next week as well because the following week is packed!!! I’m working on a church holiday dinner and fun night for the 10th, which will mean being out four of five days that week. Yep, definitely staying home most of the week next week.

Well, I’ve rambled long enough. I’m going to run and see if I can’t get some house cleaning done today; it sure does need it but I am definitely tired from my excursion yesterday.