It’s been a busy week, again.

Last weekend was painting weekend, getting my parents’ new house ready to move into.

Step number one was to remove the wainscoting in the living room. 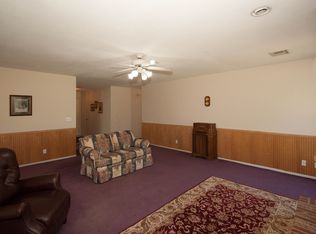 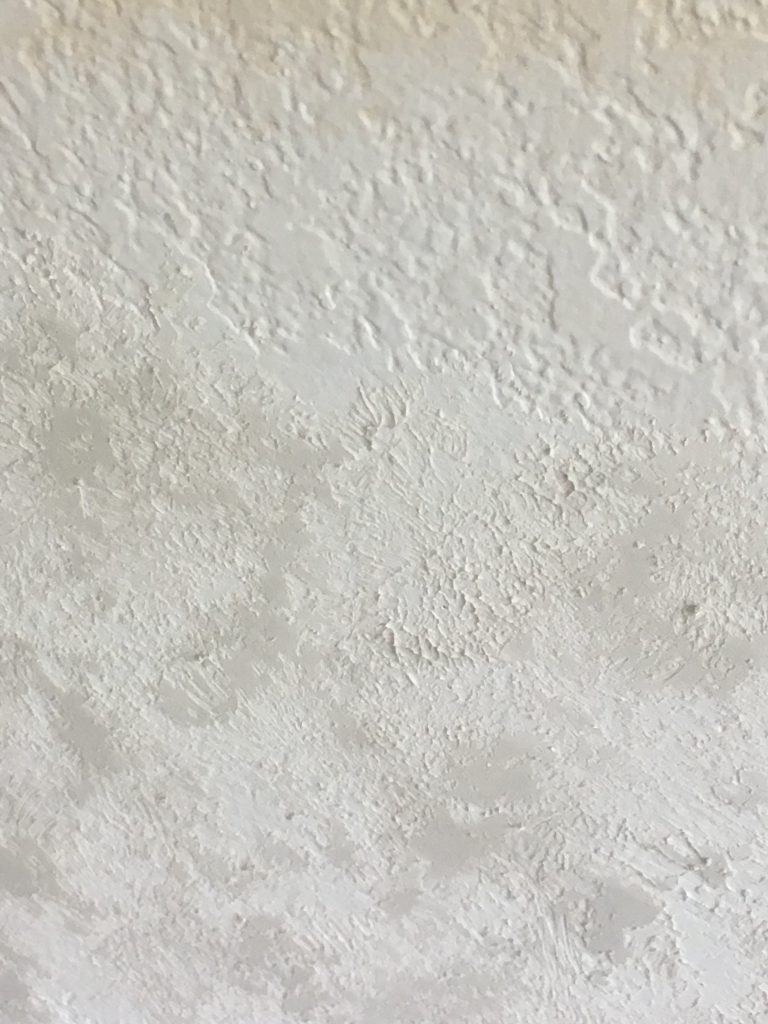 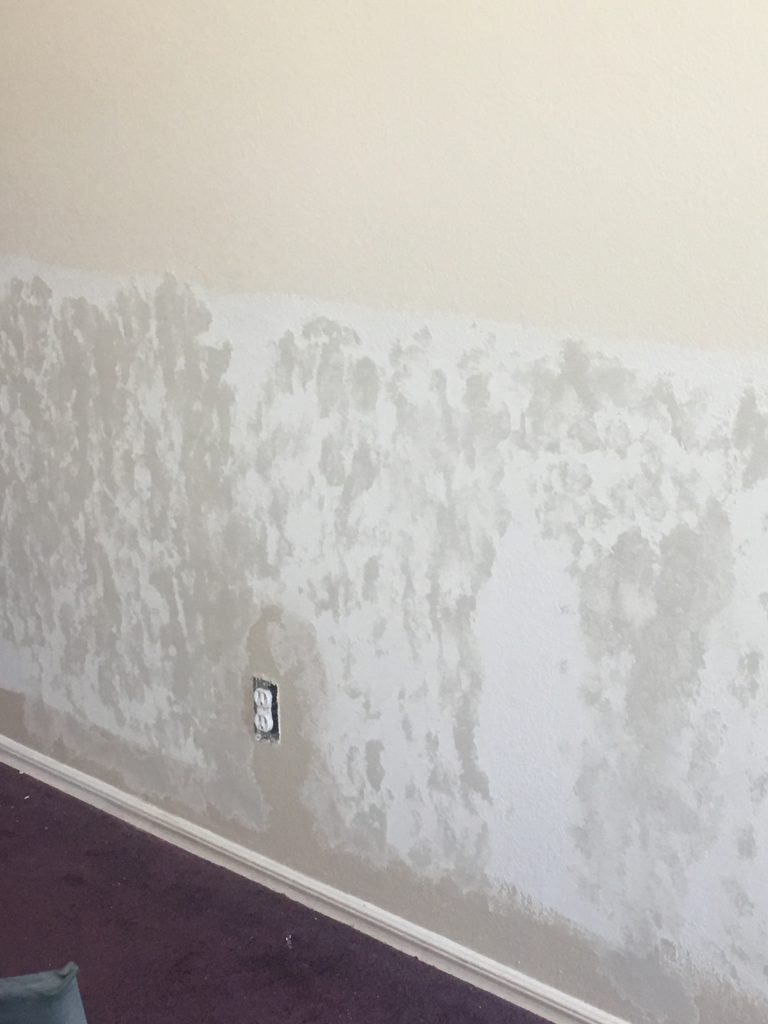 I ‘pounced’ so much that not only did I ruin the brush Michael gave me to use but broke a hole in my glove. 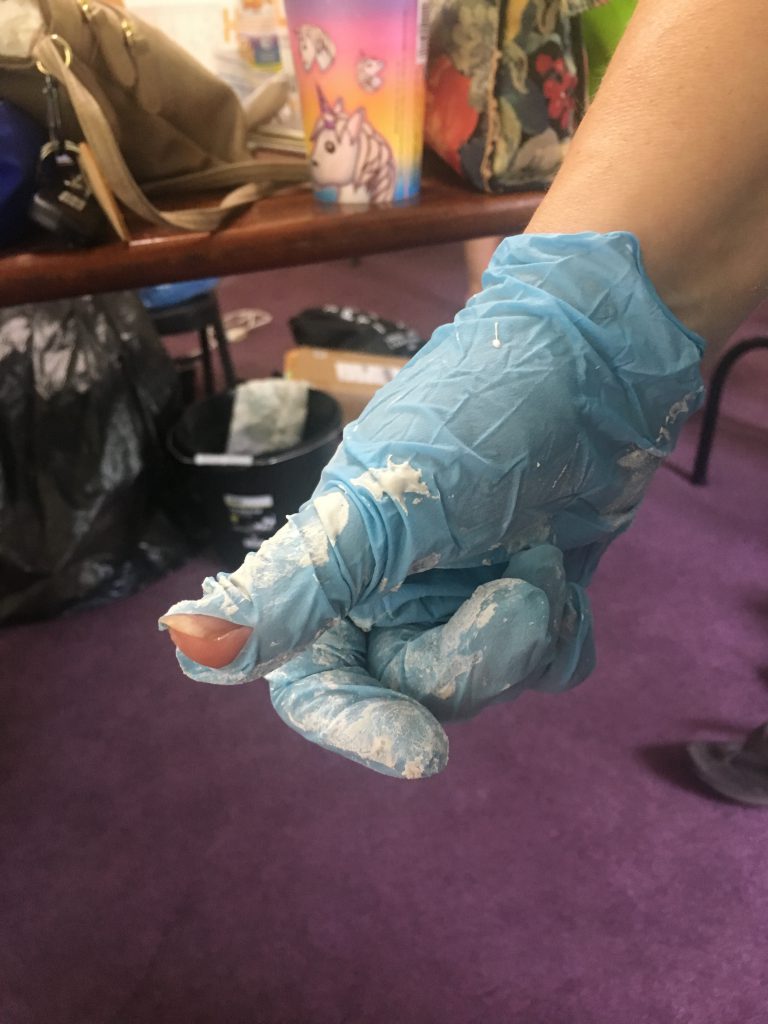 After the removal of the wainscoting, step two was to remove the borders that were on the walls in most of the rooms of the house. First off was the cherubs in what should be the dining room. 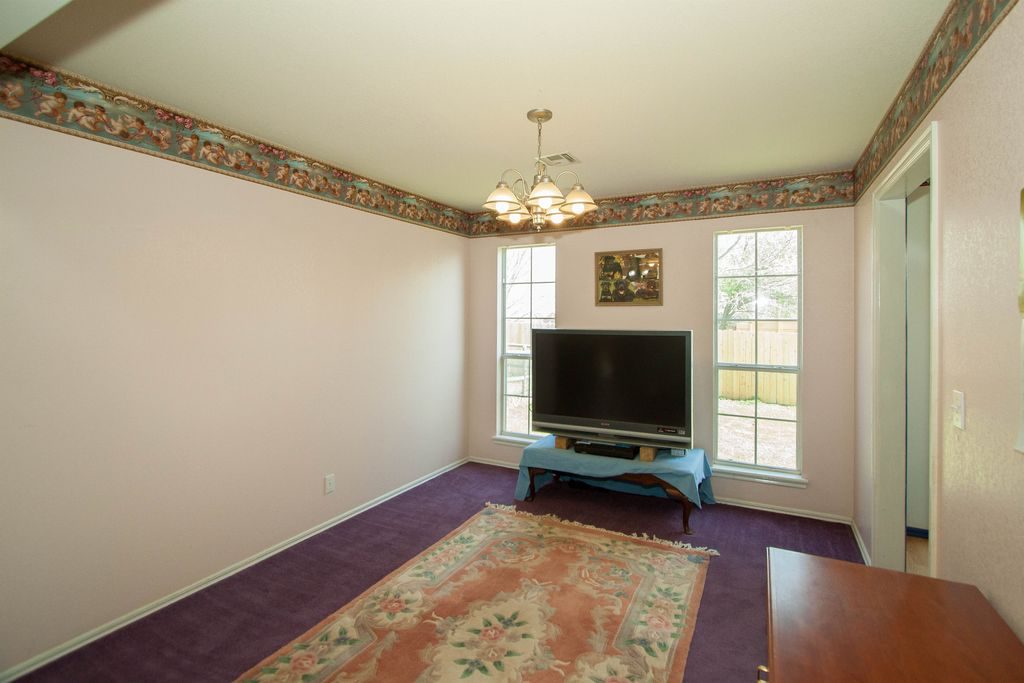 Here’s a close-up of that border.

Yeah, it had to go; not my parents’ taste at all.

Then there is the Pillsbury Doughboy border in the kitchen that had to go as well. 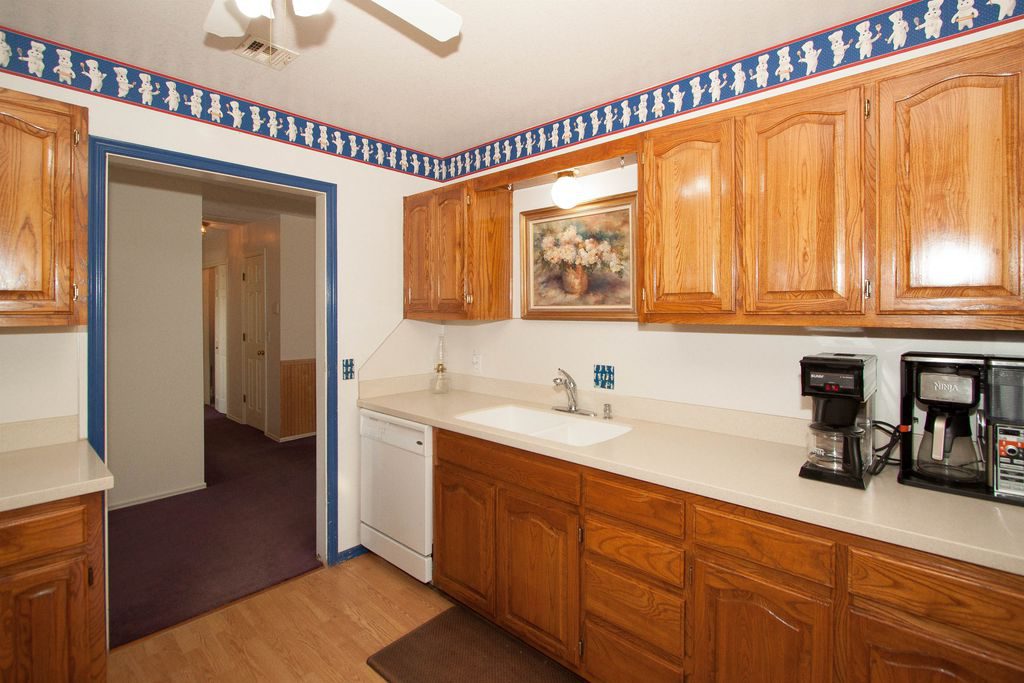 It’s cute but again, not my parents’ style.

Then there was this room with the bright green wall. It too had a wild border although this picture doesn’t show it. 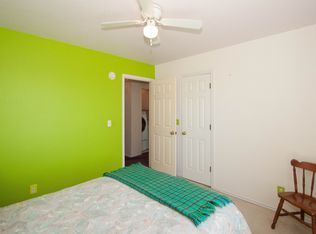 There was also a border in the master bedroom . . . marble-ish lavender. In my sister’s words, totally useless. 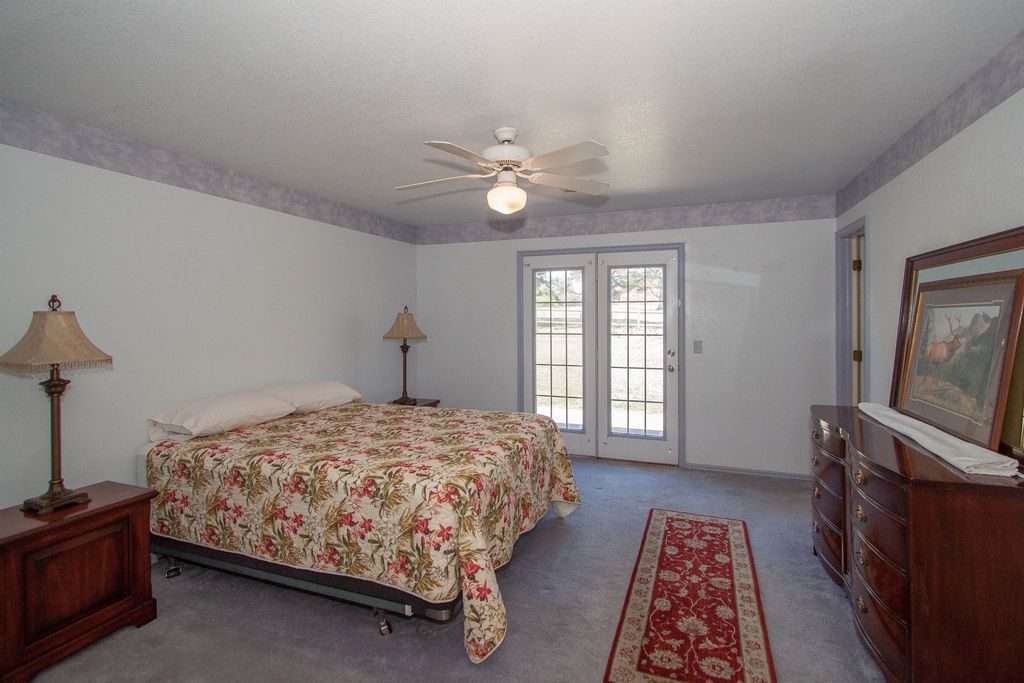 So Day 1 the wainscoting and borders were removed.

The next day we started the painting, in nearly every room. And yes, it was a family affair. I love my family! 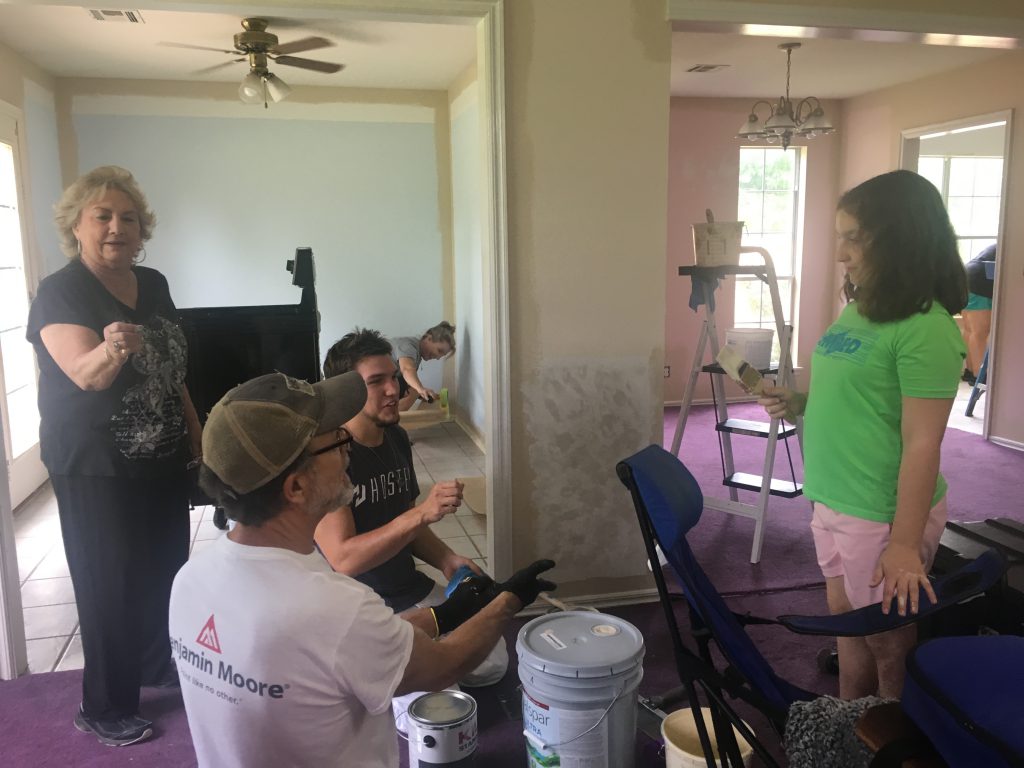 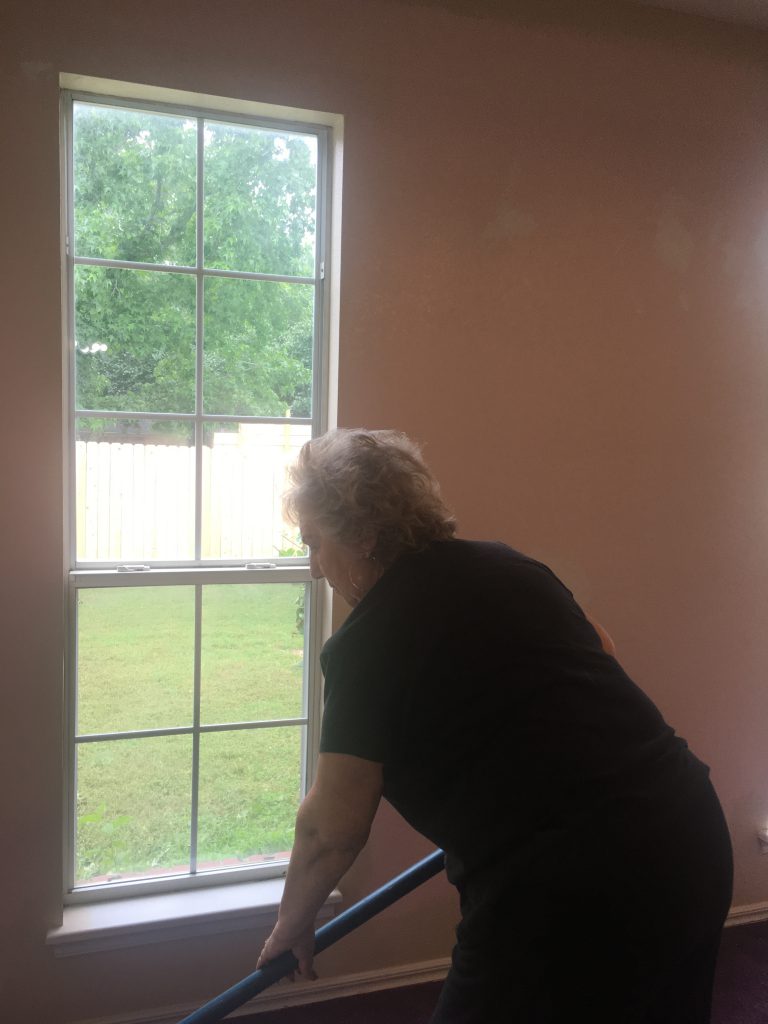 The professionals goofing around. 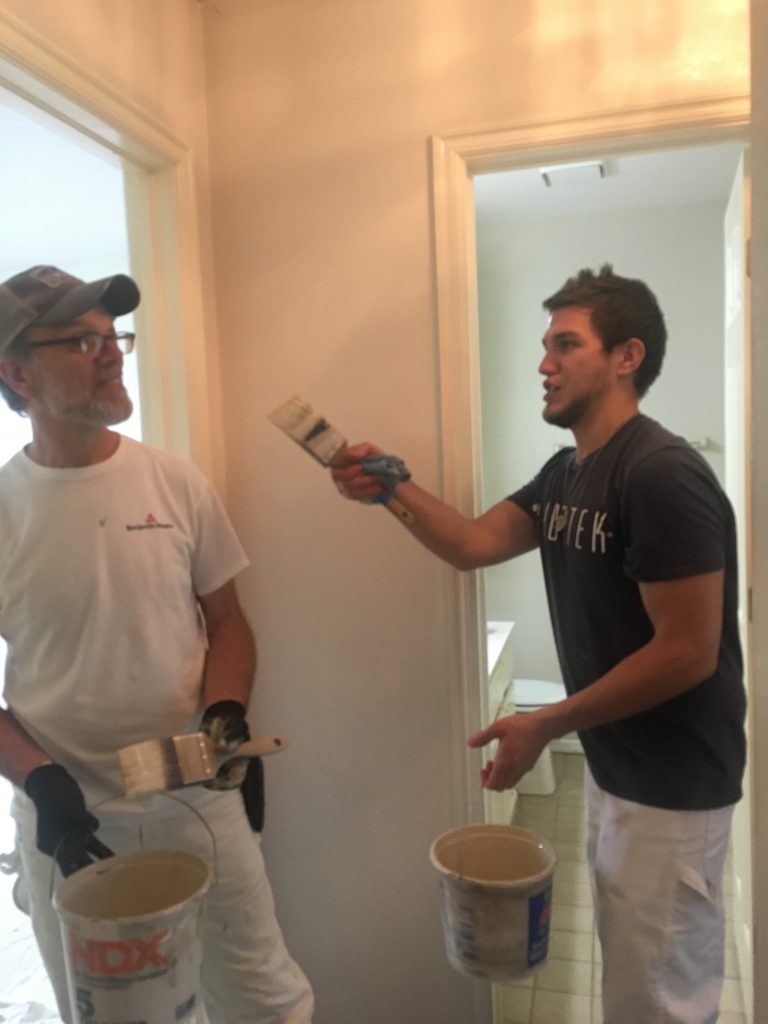 Tiffany and and my niece working in the hallway. 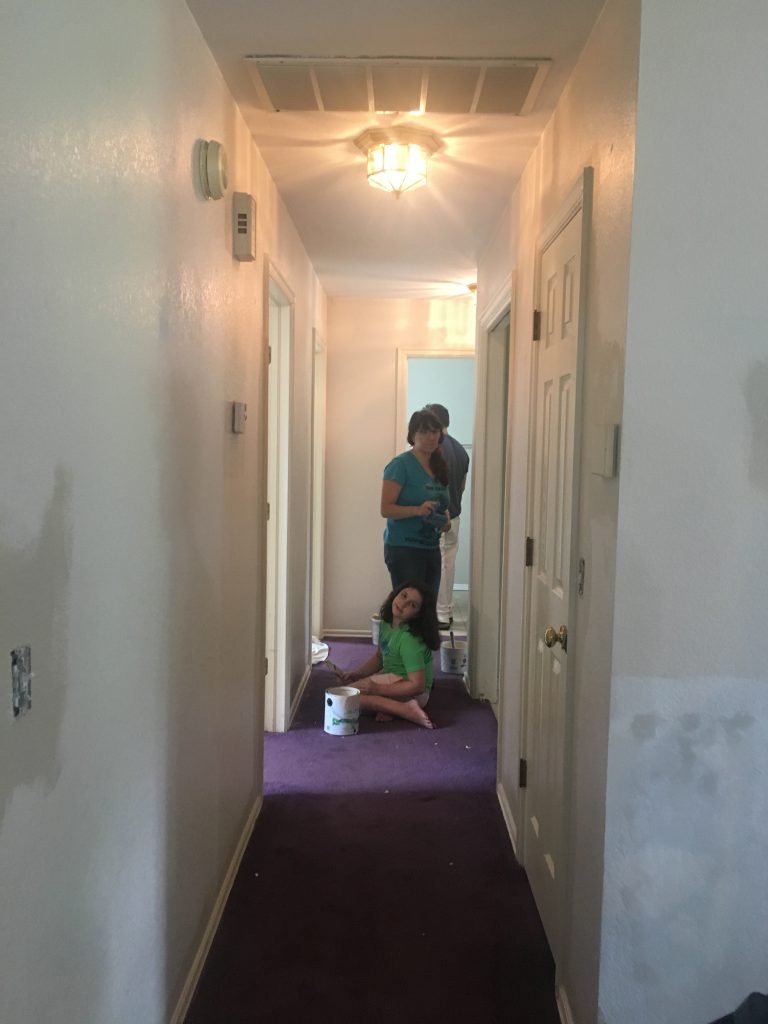 Sean and Tiffany in one of the bedrooms. 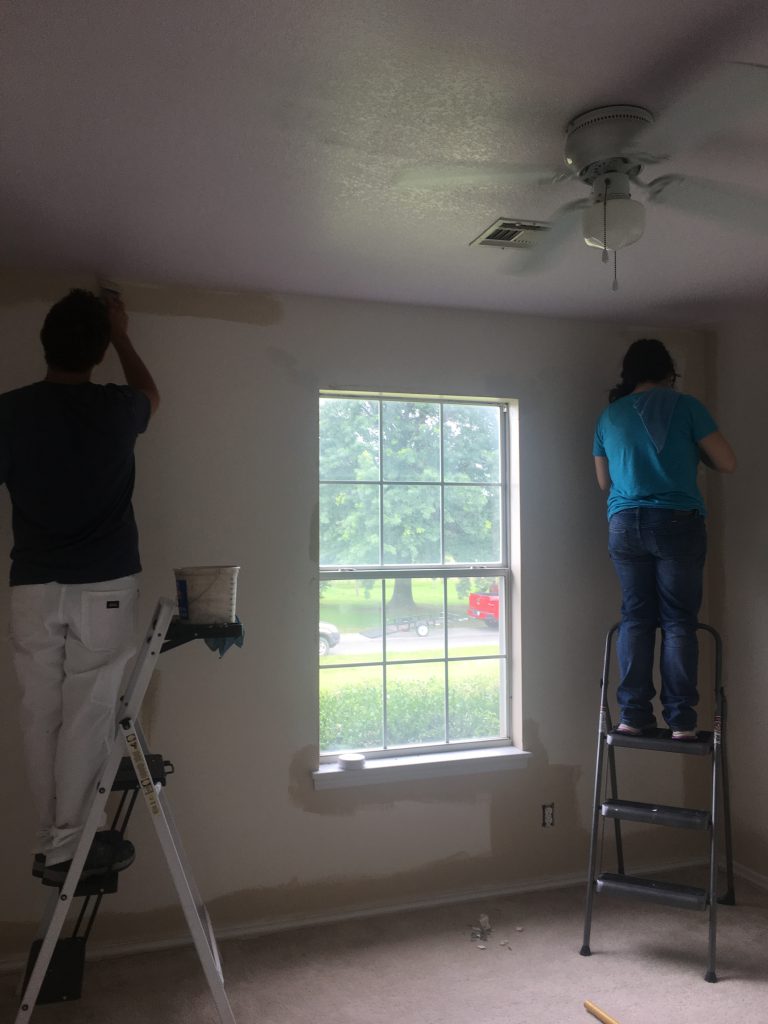 My sister taping off the floor to protect the carpet in this room. 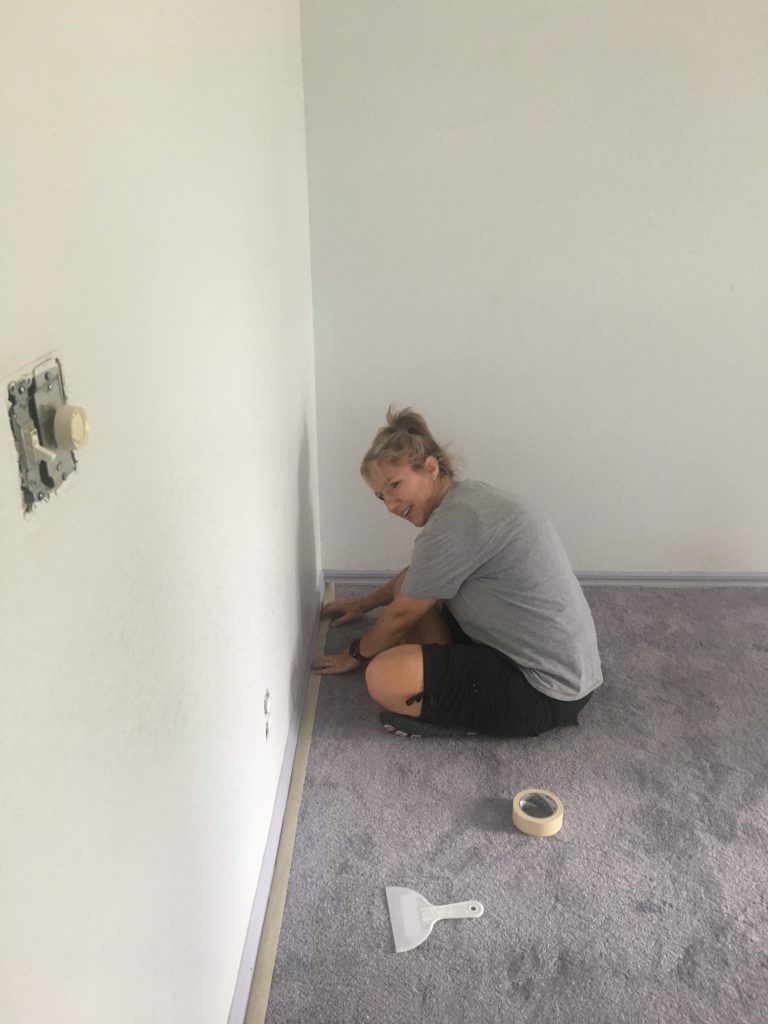 Dad and Sean working in the living room. Mom likes to have an open area from the kitchen to the living room, so my brother-in-law created one. She had one in the first house they had in Oklahoma and when they moved, he made her one in their current house. So making one in this new house just seems right. 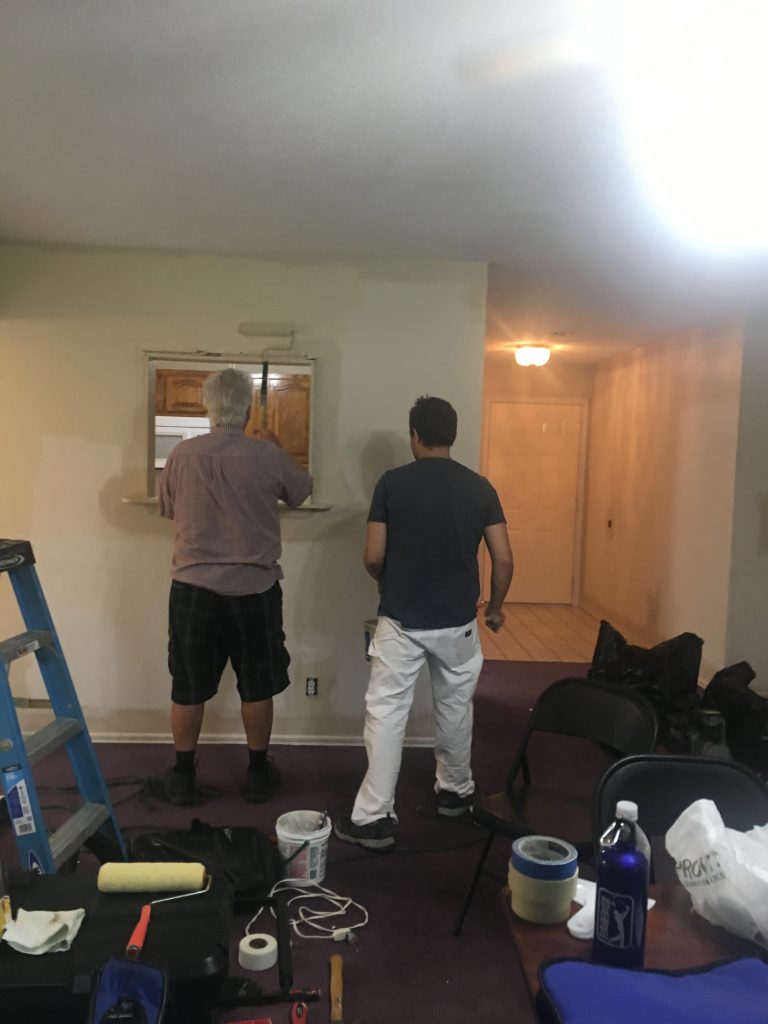 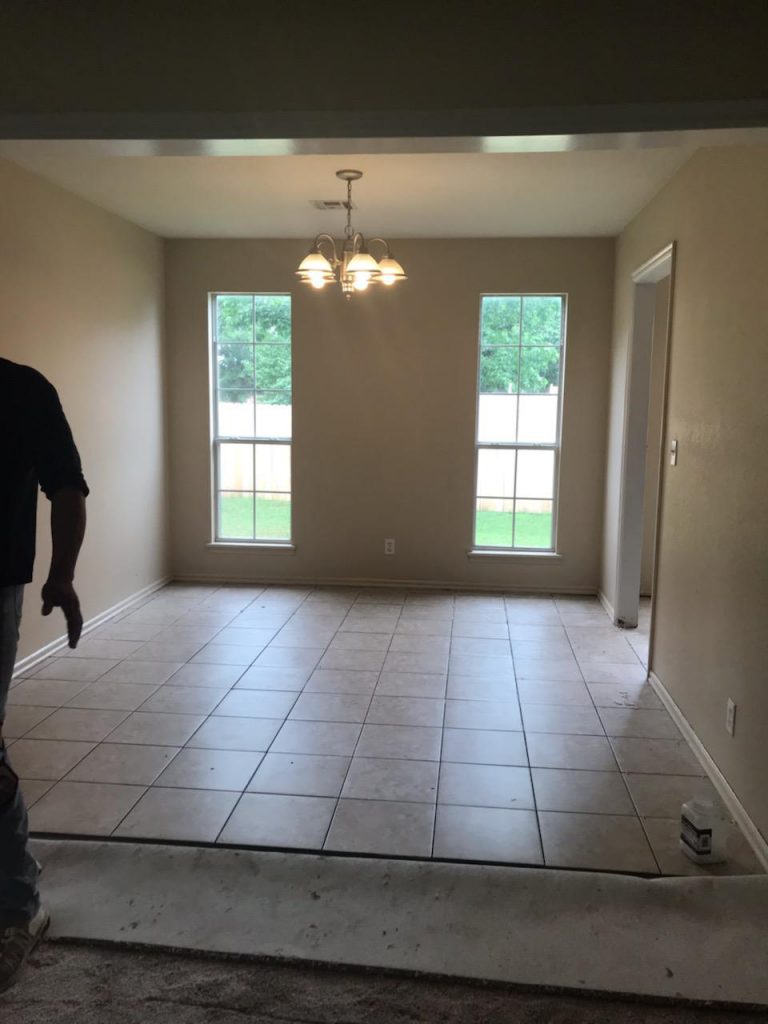 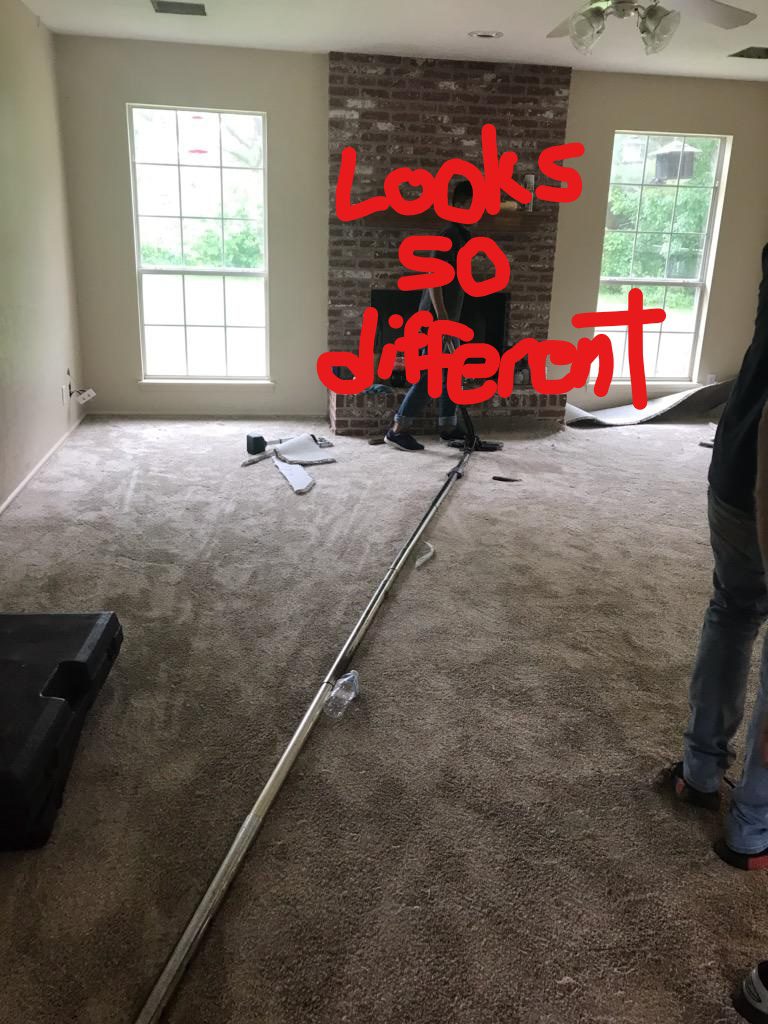 Yesterday Tiffany and I helped Mom pack up the kitchen. Today we are hoping to get the new kitchen mostly set up. If you have somewhere normal to sit, sleep, and cook it feels like you live there.

Brian, Lauren, and Liam are coming this weekend. Haven’t seen them in soooo long; I’m so excited to see them. They will be helping us get my parents moved into the new house. It’s going to be a crazy busy weekend, once again, but a good one, filled with family and making memories.

I hope you have a great weekend,