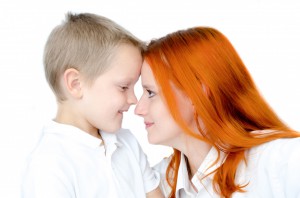 Today I thought I share a thought-provoking article with you on being and encouraging parent. This is an area where I have missed it. I think the biggest reason is because I detest a prideful spirit, so I’ve been careful not to pump up my kids’ heads with accolades but unfortunately, I realize that I let that pendulum swing too far in the other direction and did not praise my children enough. But they do know and have always known that they are loved exceptionally – that I have not spared.

Not only am I my own worst critic but I was probably my children’s worst critic as well. Being their mother AND teacher, I wanted them to succeed and better themselves. I think I just may have pointed out the areas for improvement a bit more than their successes, no matter how small. I just never wanted to be one of those parents that thought more of her children’s abilities than others did – I wanted to be ‘realistic’. But again, I confess, I was probably too hard, or maybe just not encouraging enough.

I hope this article will be a blessing to you.

Several weeks ago I was standing on the banks of the Jordan River near the location of the baptism of Jesus. From there I traveled northward to the Sea of Galilee and saw what is believed to be the Mount of Transfiguration. Over the years I have heard many sermons about these events but never one that focused exclusively on the powerful, single-sentence communication of the Father.

During Jesus’ lifetime, the heavenly Father speaks only three times. Each time, He uses His words sparingly. But with these three very short sentences come some of the most powerful truths ever spoken.

Matthew 3 records the first time the Father speaks to Jesus. As Jesus is being baptized He hears a voice from heaven saying: “This is my beloved Son in Whom I am well pleased.” Here the Father expresses His great love and the pleasure he finds in His Son.

As parents we need to give our children what the Father gave His Son in this one powerful sentence: “This is my beloved Son in Whom I am well pleased.” In this short sentence the Father conveys:

• The Gift of Identity—This is MY Son

• The Gift of Nurture—My BELOVED Son

• The Gift of Affirmation—In Whom I take PLEASURE

These three foundational parental gifts are the core principles that cultivate healthy relationships and a meaningful life. When a child hears his parents talk about him in a positive manner, it creates intrinsic motivation; the child is motivated to give honor in return.

We need to be purposeful with our words as we convey truth and encouragement. Even difficult children have gifts that need to be recognized and nurtured. For example, from an early age my son often interacted and reacted with determination and obstinacy. As a result, through most of his childhood and teen years I insisted that his behavior was unacceptable and thought he needed to change. Rather than recognizing that God had given him a gift of leadership and communication that needed to be developed, I saw his gift as a threat. I missed the opportunity to cultivate his identity and failed to nurture him. However, because I affirmed my son in his work ethic, today he is confident and successful in his career. He is intrinsically motivated to reach high levels of excellence as a result.

The second time the Father speaks is on the Mount of Transfiguration. He repeats what he said at the baptism but adds, “Hear ye him!” He not only reinforces the importance of identity, nurture, and affirmation by repeating Himself but also adds the essential gift of privileged position. With His statement, “Hear ye him,” the Father communicates that there has been a transfer of power and authority to His Son. He is saying to the disciples, “Get your eyes off of Moses and Elijah—listen to my Son.”

When parents transfer power and position, they grant autonomy and authority. Rather than encouraging the child to be independent of authority, this transfer opens the door for young adults to make autonomous decisions within the context of dependent relationships. As a Son, Jesus still learned obedience “by the things which he suffered” according to the writer of Hebrews (Heb. 5:8). Though Jesus was given authority and autonomy (Matt. 28:18: “all power is given unto me”), He still yielded to His Father (Luke 22:42 “not My will, but Thine be done”). Jesus came to do the will of His Father (Jn. 5:30, 6:38).

Granting authority and autonomy begins at a young age. Find a task that the child does well, and identify the character quality needed for that job. It could be something simple like making the bed or mowing the lawn, packing the car or answering the phone, setting the table or caring for pets. Choose anything that the child naturally enjoys and does well. This is the time to transfer some authority and autonomy. For example, if your son is naturally organized, then packing the car for trips would be his position of authority. No one packs anything without first going through him. This is his territory. As the children grow, expand these doors of autonomy and authority.

Too often parents restrict autonomy and withhold authority, hindering the transition from childhood to adulthood. I must admit that it was more difficult for me to grant autonomy and authority to my daughter than to my sons. I smothered her with overprotection, creating in her a natural resistance. Children need encouragement as they grow up; otherwise they may take twists and turns to find it. A restricted sapling will twist and turn to seek light as it grows, and in its mature state it often remains in its twisted form.

The third and last time the Father speaks to the Son is recorded in John 12: “I have glorified your name and will glorify it again.” Here we have confirmation that the Father is committed to His Son, always.

Parenting never ends. My children, now in their late twenties and early thirties, are finally receiving the gifts they should have received as children. But opportunities for growth are never too late. In fact, just recently I shared these truths with my oldest son, and we experienced significant healing in our relationship. The parenting principles demonstrated by our heavenly Father are life-transforming for those who will practice them.

In summary, our children need:

Audio to Listen to:
The White Gypsy—Great for the entire family! This drama expresses many of the truths in this article, particularly the gifts of identity, nurture, affirmation, and confirmation.
Mark Hamby is the founder and president of Lamplighter Ministries, where he serves with a dedicated staff to make Lamplighter Publishing, Lamplighter Theatre, Lamplighter Guild, Lamplighter Life-Transforming Seminars, and Lamplighter Moments Daily Radio Broadcast a reality. It is his mission to make ready a people prepared for the Lord by building Christlike character . . . one story at a time. You can read or listen to the most recent Lamplighter production at www.lamplighter.net.
Copyright 2012, used with permission. All rights reserved by author. Originally appeared in the August 2012 issue of The Old Schoolhouse® Magazine, the family education magazine. Read the magazine free at www.TOSMagazine.com or read it on the go and download the free apps at www.TOSApps.com to read the magazine on your mobile devices.

Until next time, remember to be an encouraging parent, and God bless,