I’m still amazed that Betweed and I are friends.

I actually enjoy tangling it.

This past week was another catch-up week for the Zen-Untangled project 2020. I took it as a breather instead. On catch-up weeks seven strings are provided to keep us full of tangling ideas. I was busy trying to finish up a book that I’d been reading for a while, The Robot of Dawn by Isaac Asimov, and playing Super Mario Odyssey again from the beginning.

So, I didn’t take any time to tangle this week until yesterday when I needed to do it for this post.

I chose one of the easiest strings and then some very simple tangles from the last four weeks to put in those sections. Meer is a favorite, so that was a simple choice for one of the sections. As I said, I’m liking Betweed since we became friends last year, and so I decided to add it in a section.

The trouble I have with Zander is the highlight spots on it. I never seem to get them in the right places but it’s an easy enough tangle, so it won the last section.

Here is the scan and natural light picture of my tile before shading. 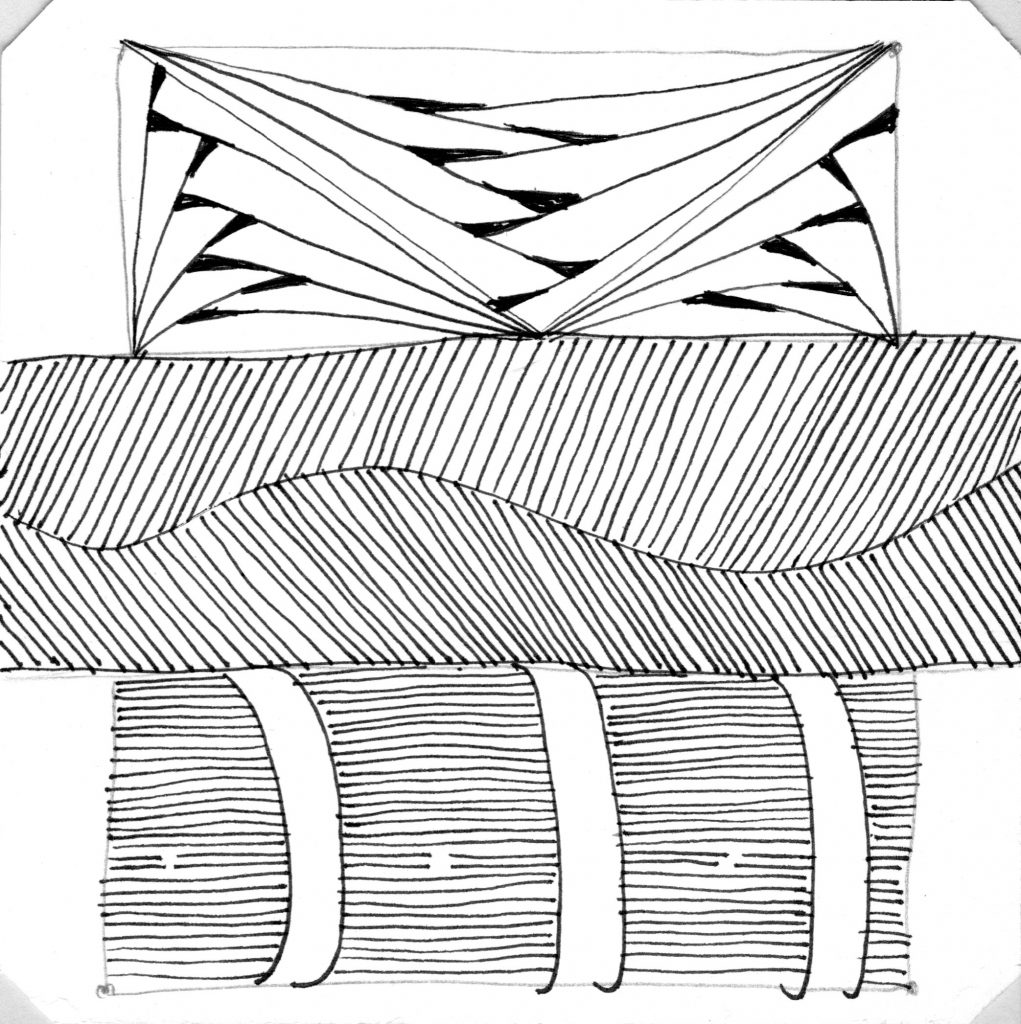 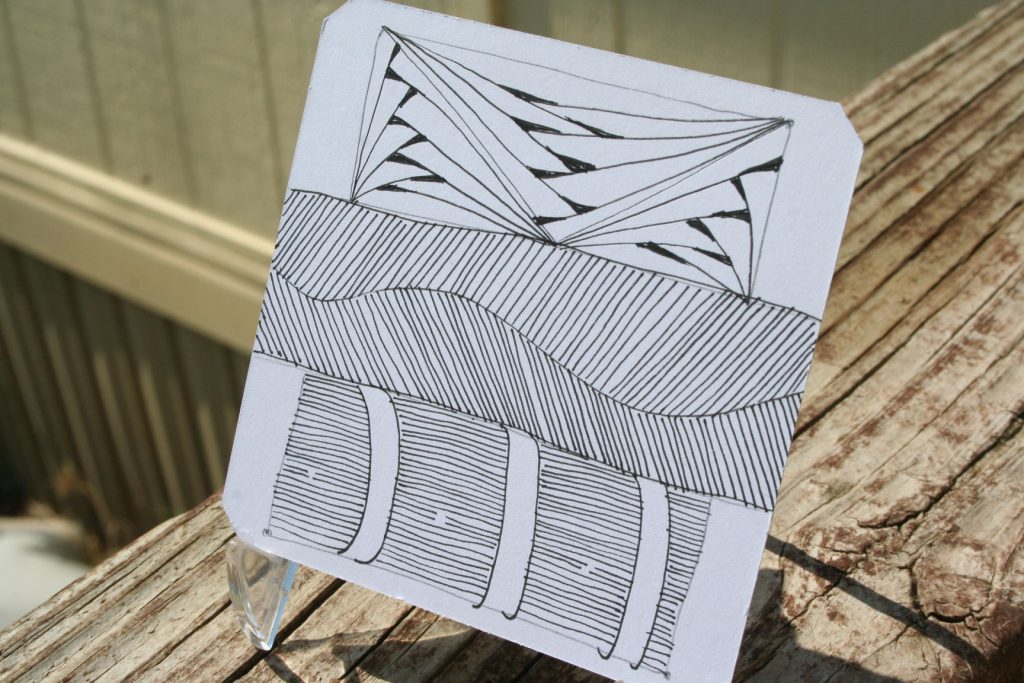 Here is the same tile after shading in both a scan and a picture in natural light. 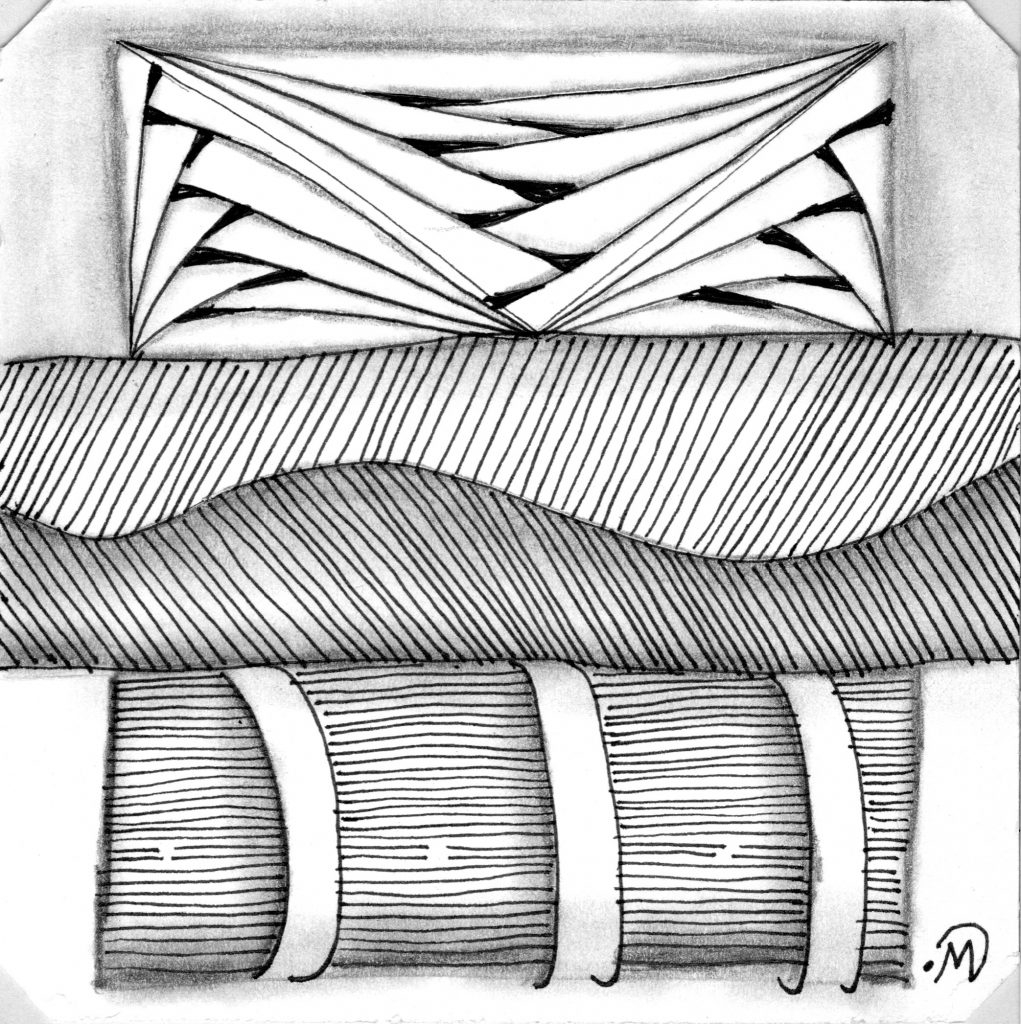 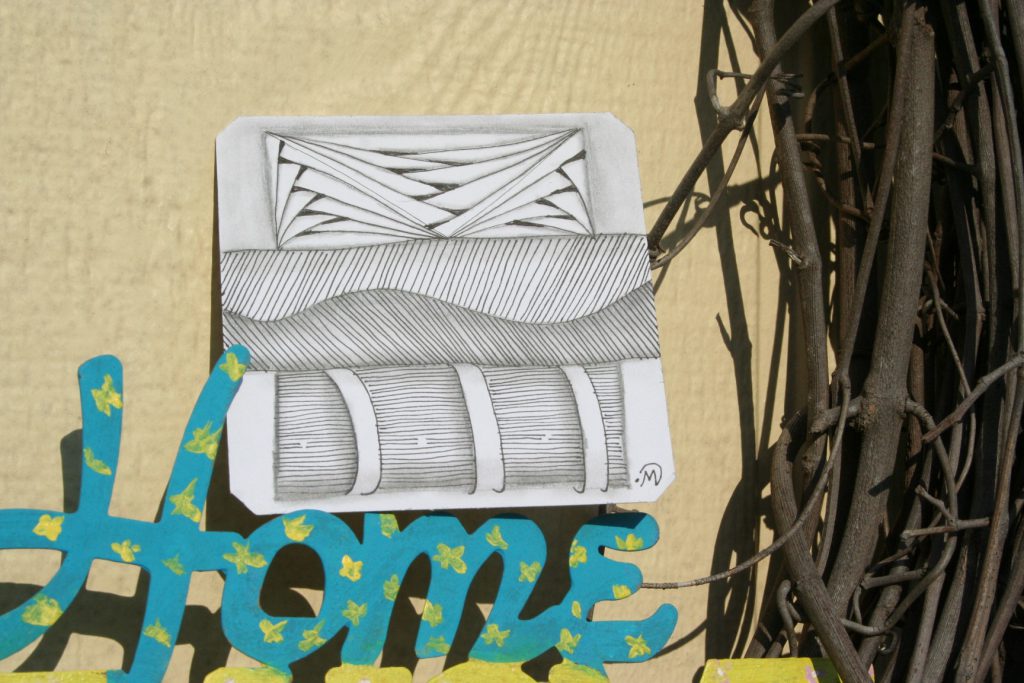 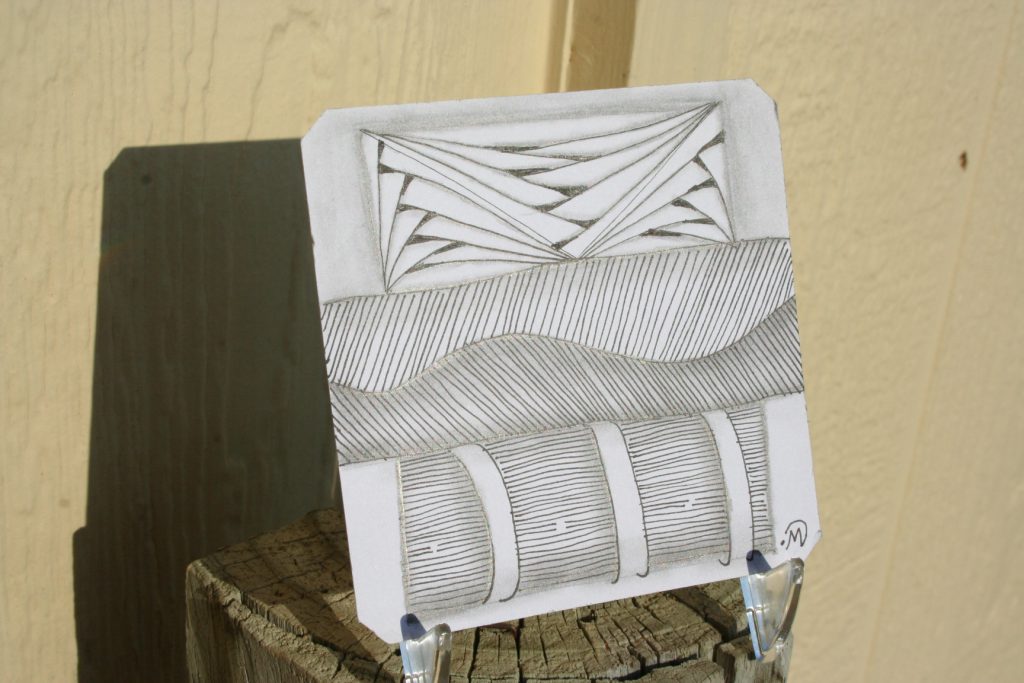 Well, that’s all for me today. Thanks for stopping by. If you have any tips for Zander and it’s sparkle, please let me know. 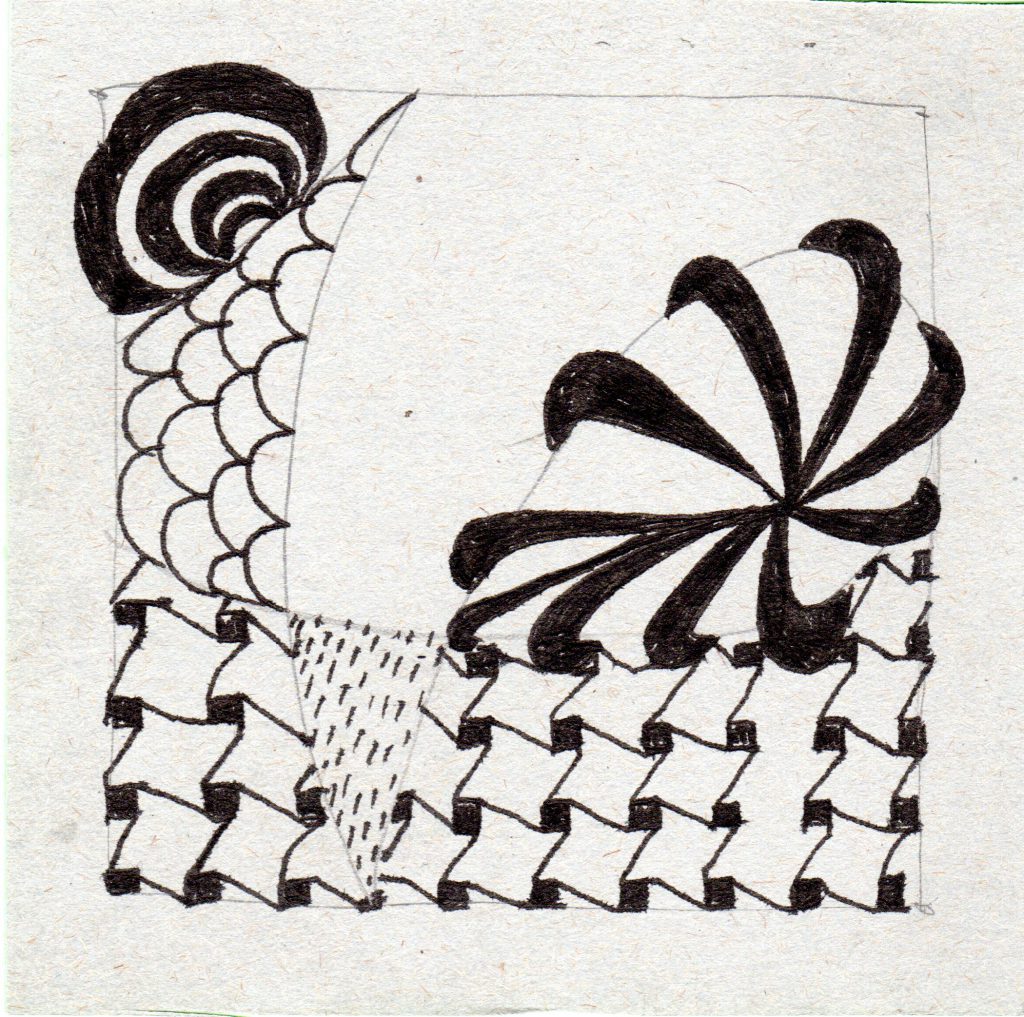 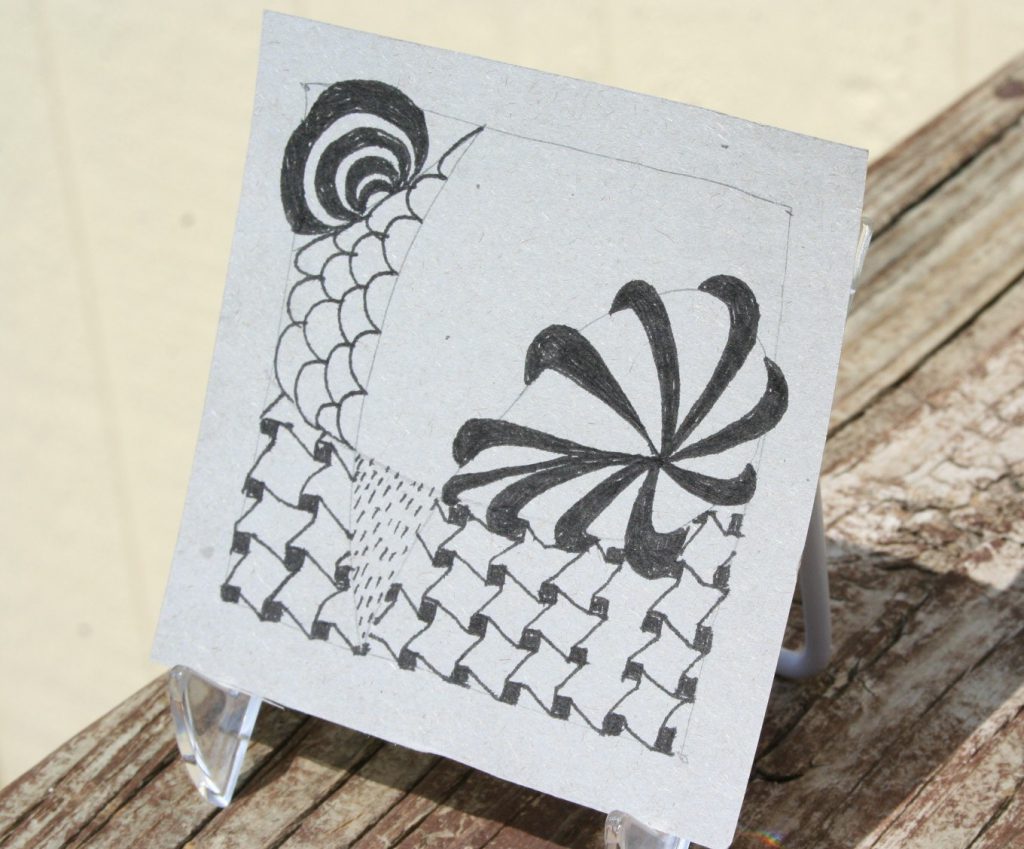 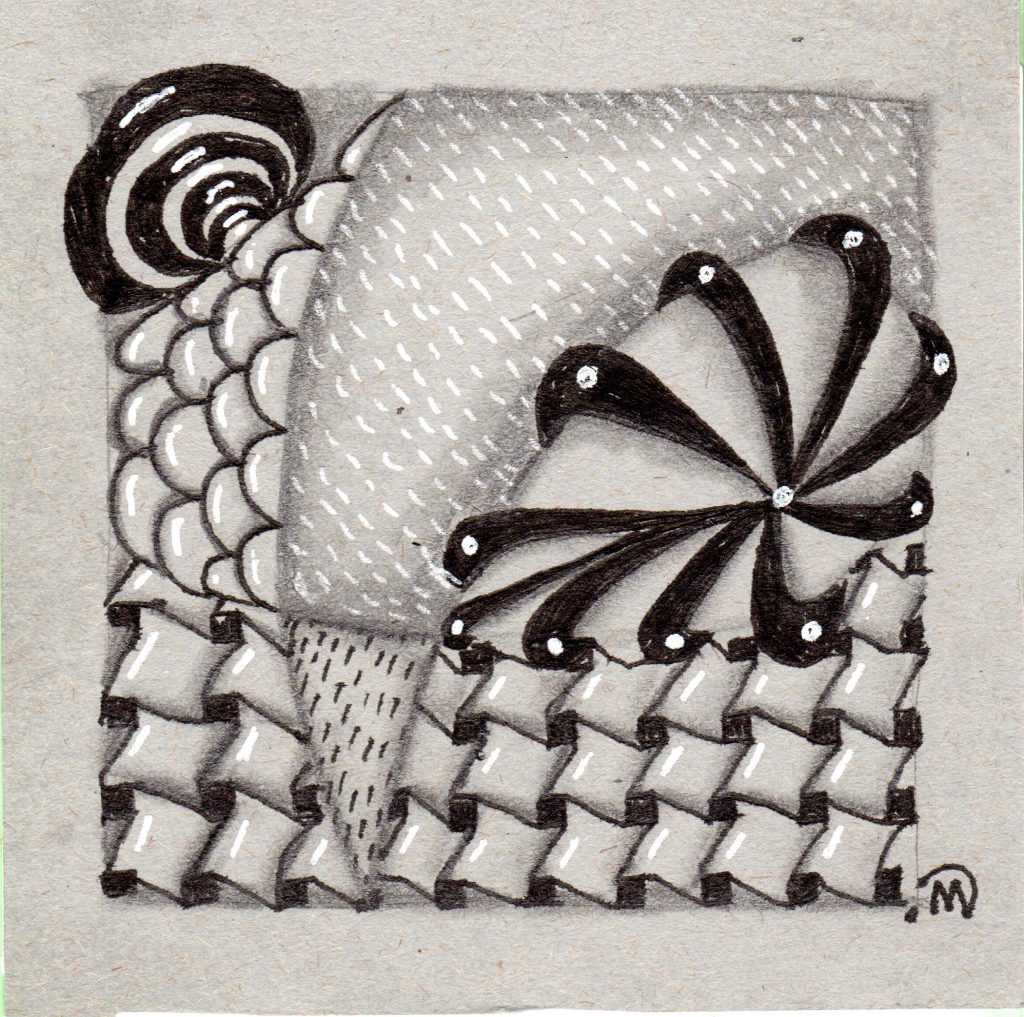 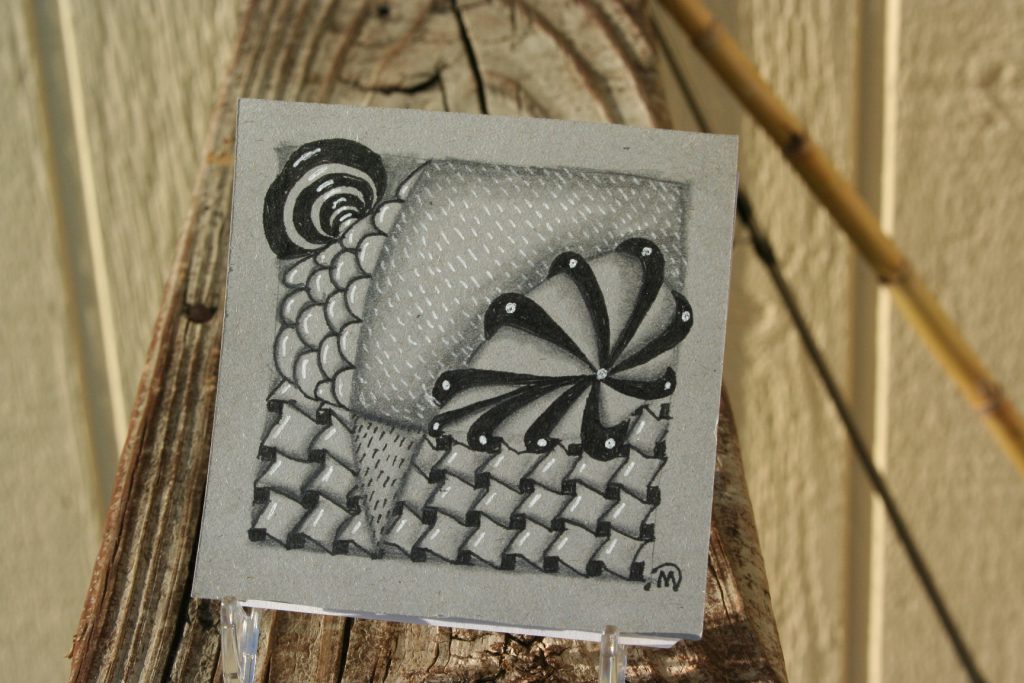 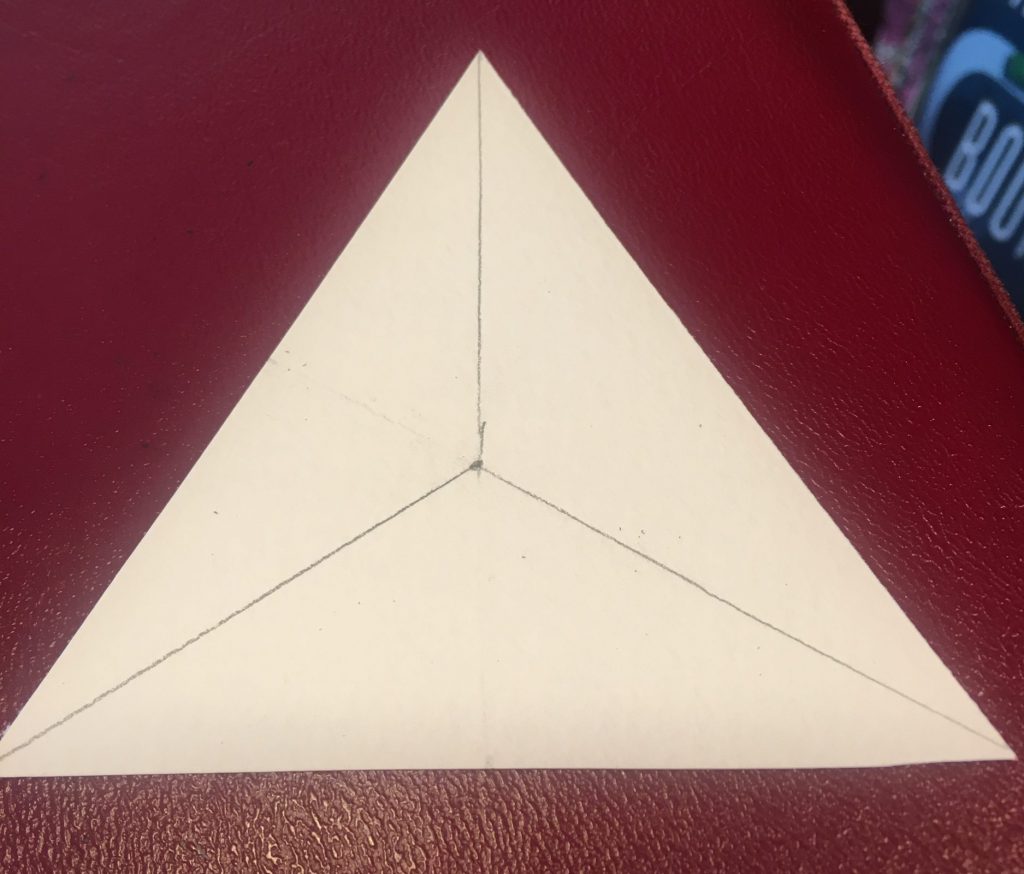 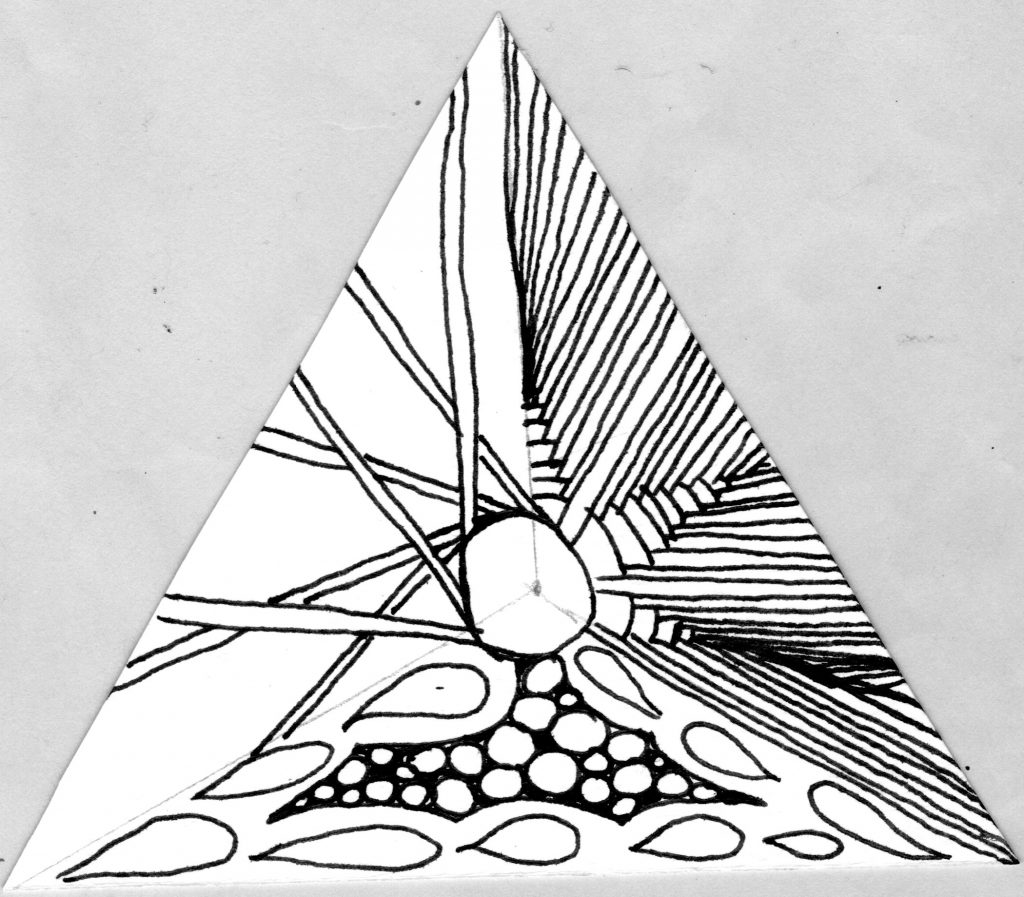 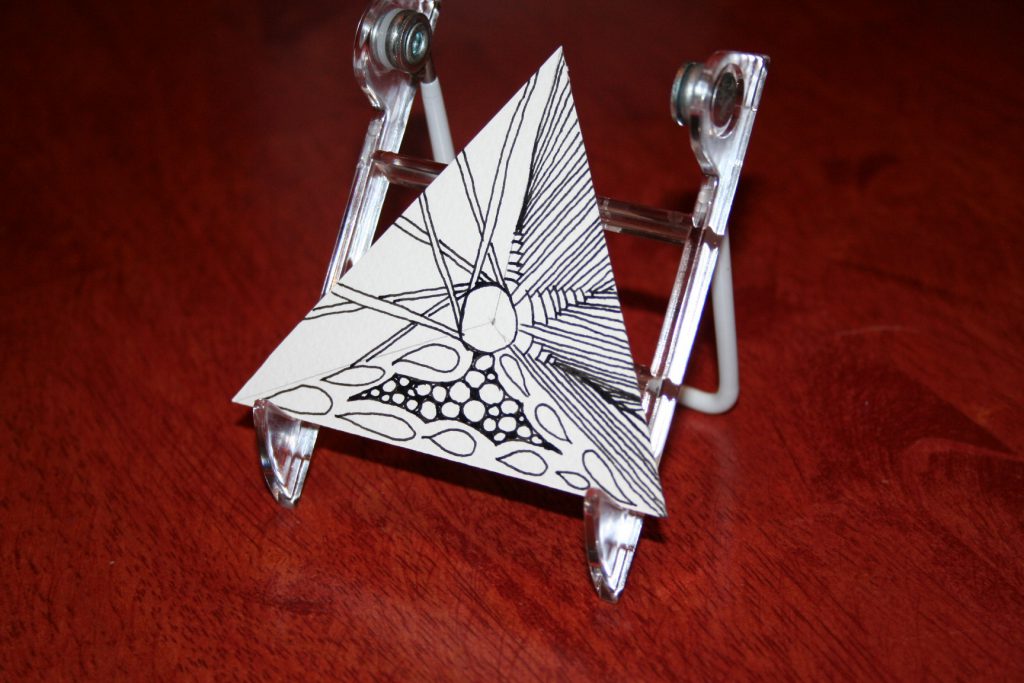 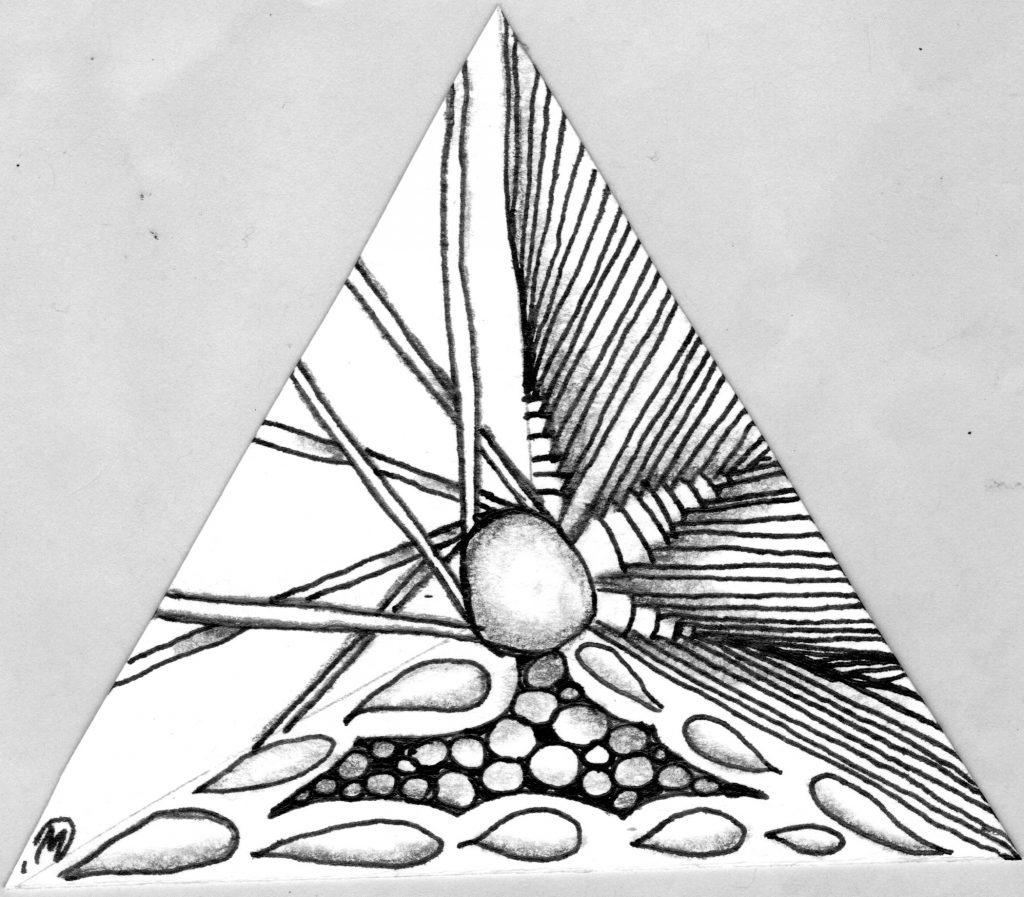 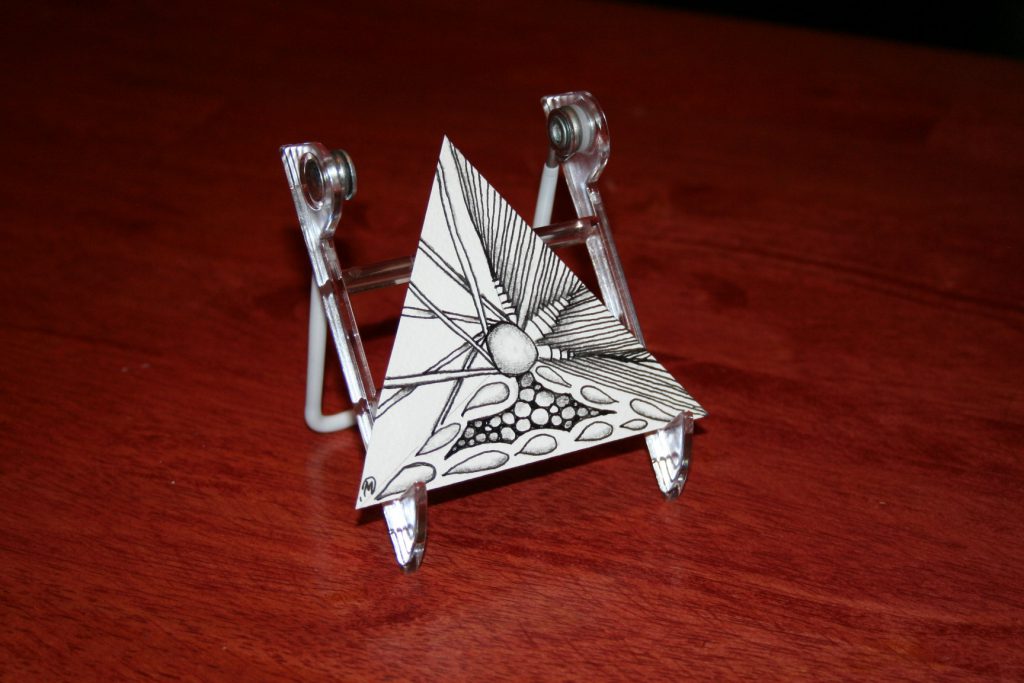