Tiffany found this cute game for play on the Switch a few weeks ago. There are 3 free levels and then there is a fourth level you can purchase for ?$5.99? I think. I have since discovered that it is also available on xbox one, ps4, and steam.

This is a very colorful game and gave me several hours of enjoyment. 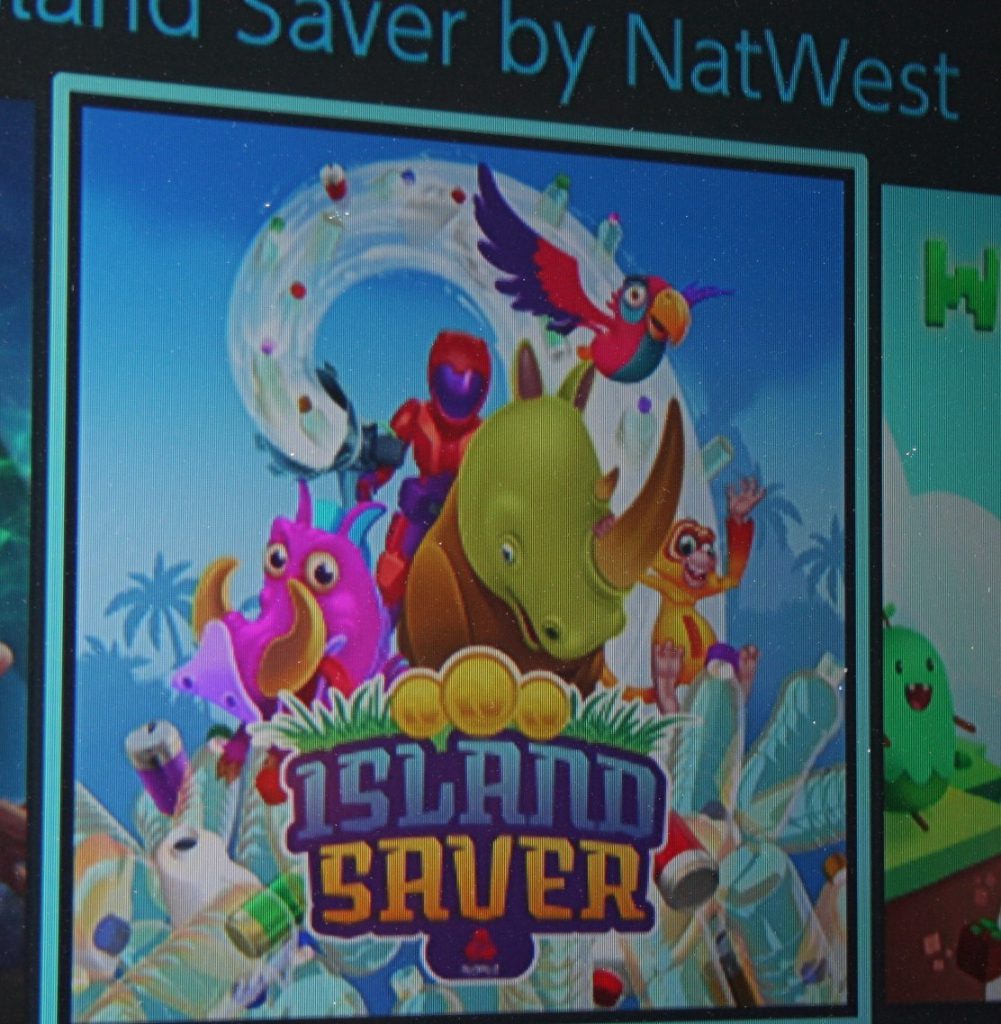 In this game you are the bionaut and are tasked with cleaning up the trash that has landed on the island. As you remove the recyclable trash and wash (by shooting water) the goop off, you are rewarded with doubloons (a.k.a. money) and gray bankimals that arrive on the island. As the bankimals eat the fruits of the local vegetation, they process it into doubloons and they get full (they are a bank-animal) and you then help them by removing the money and they spew out the money and turn vibrant colors. 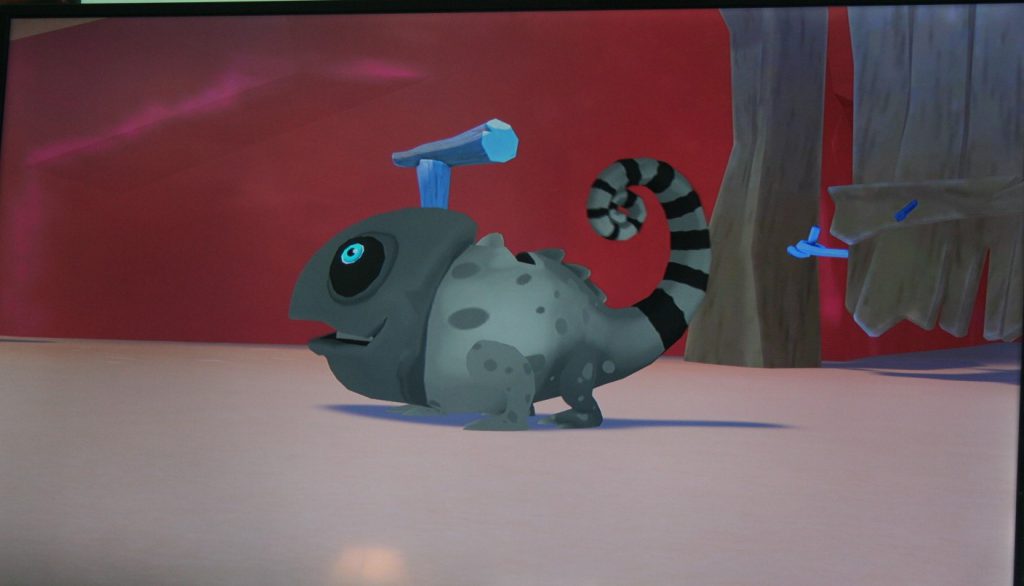 Since you can only hold so many items at once, you quickly need to open a bank account, complete with self-made pin. 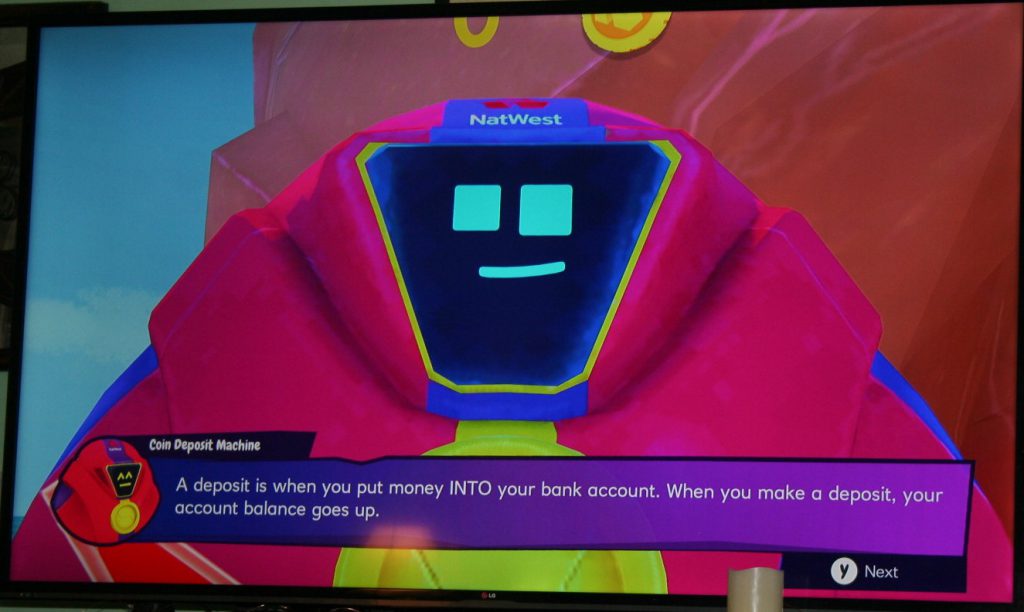 The game teaches about money, banking, interest, and even taxes. 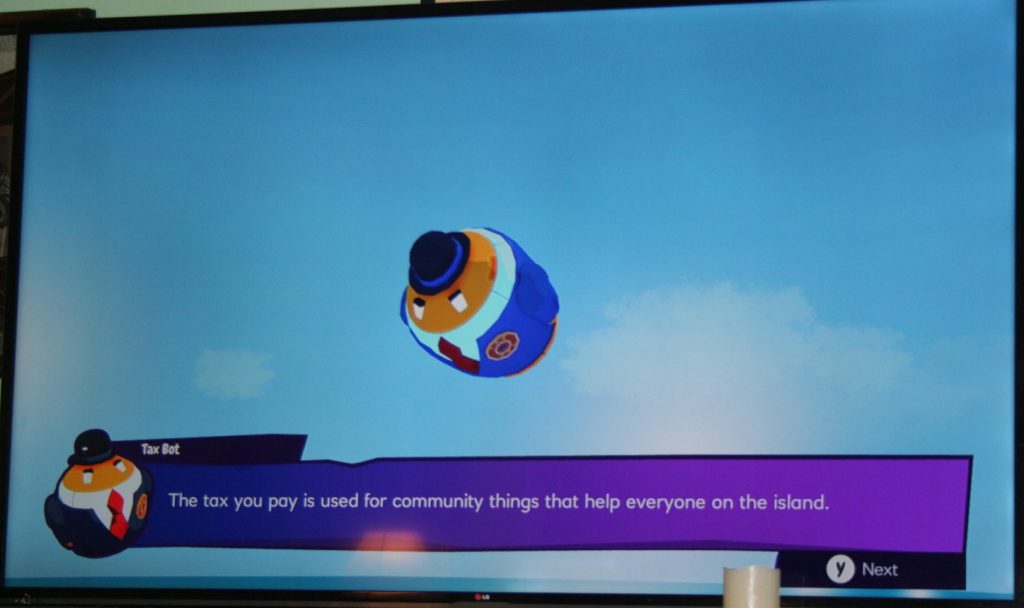 As you shoot the recyclables into the machine, it will fill up and eventually have to be emptied. You then get a tax coin from the tax machine and shoot it into the recycle center, which will then take off and land a few seconds later, empty and ready to receive more trash.

There are bankimals you can befriend and ride. 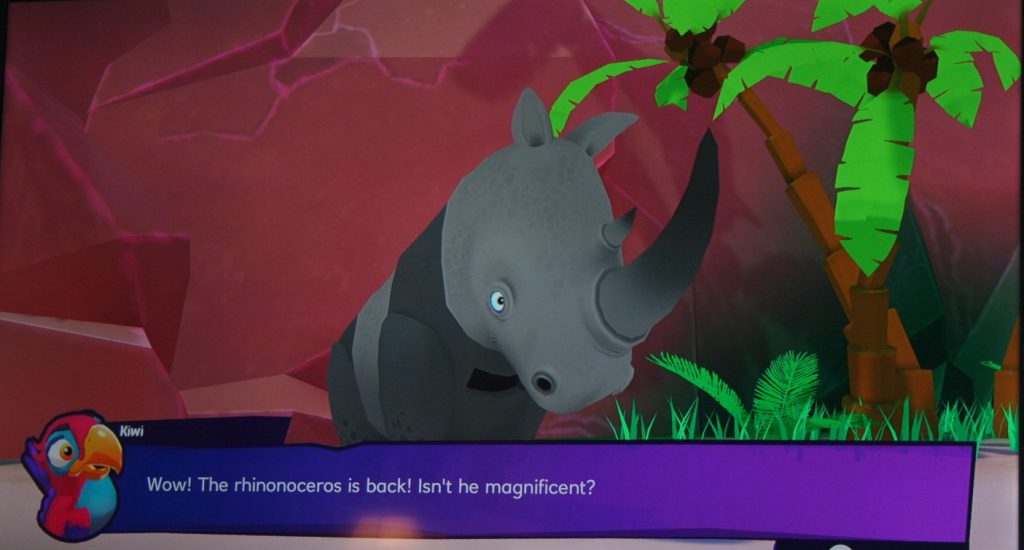 It’s a really cute and enjoyable game that even touches on loans, loan sharks, and foreign exchange/exchange rates.

There are even hats you can buy to put on your animals and paintballs to change their color combinations. If desired, you can collect the fruit from the plants and sell them to make money to buy more paint and hats.

I was quite surprised with this game and recommend it. (I am not compensated for this review, nor did I receive anything — I simply played the game and saw its value.)

As I was trying to spell certain names for this post, I found that the creators of the game have a website with activity sheets. They also have more financial learning help on the rest of the site. I haven’t looked it over very closely though, it seems good from what I have seen.

I hope this is helpful to you and your family.

For this past Christmas Sean requested and received a new board game called Concept. 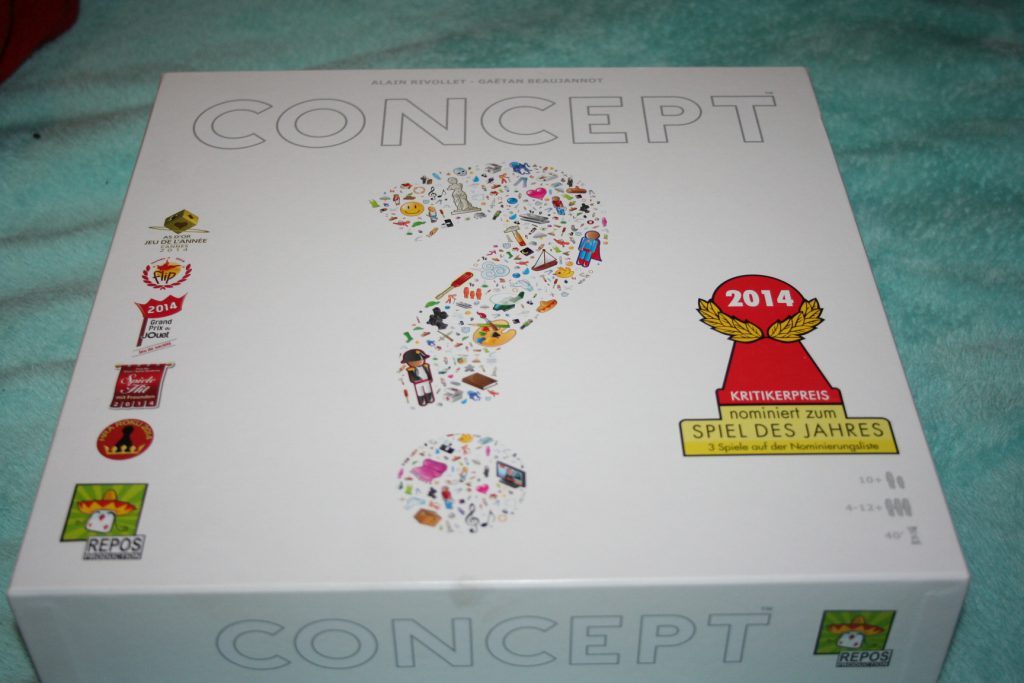 As with most games, we don’t play exactly by the given rules.

I’m not even sure exactly what the rules are but I’ll explain how we play it. We worked in pairs since it was a new game to us and were trying to figure it out. We felt the buddy system was the best way to enjoy the game.

So we paired up and worked as a team trying to get everyone else the word or phrase chosen.

There are cards with 9 different words or phrases on them. 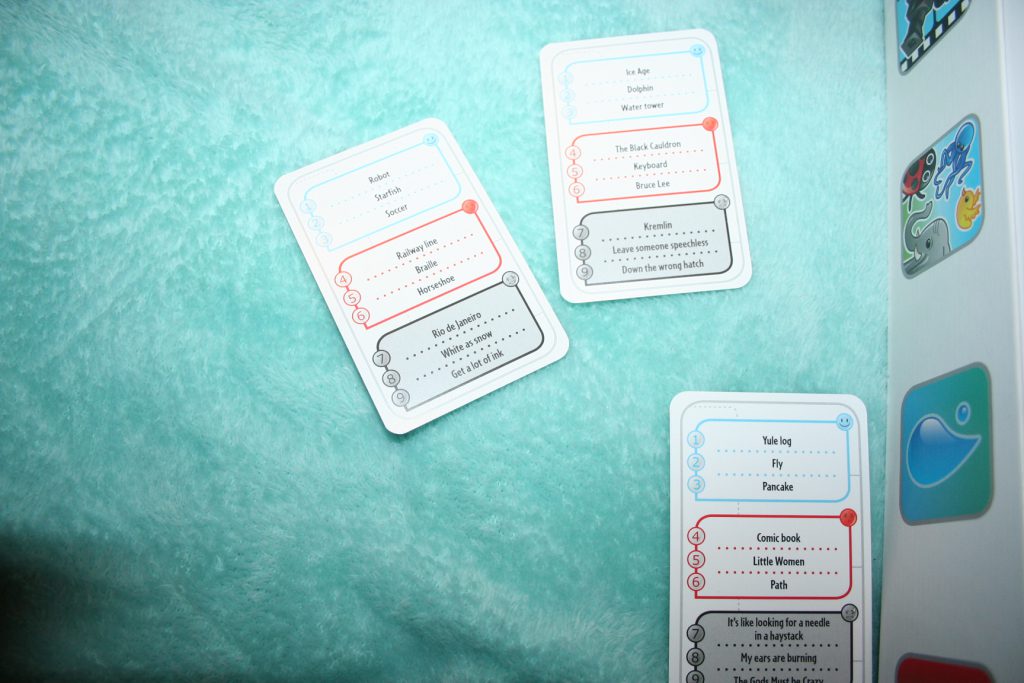 But honestly, sometimes the blue ones were harder than the gray ones! 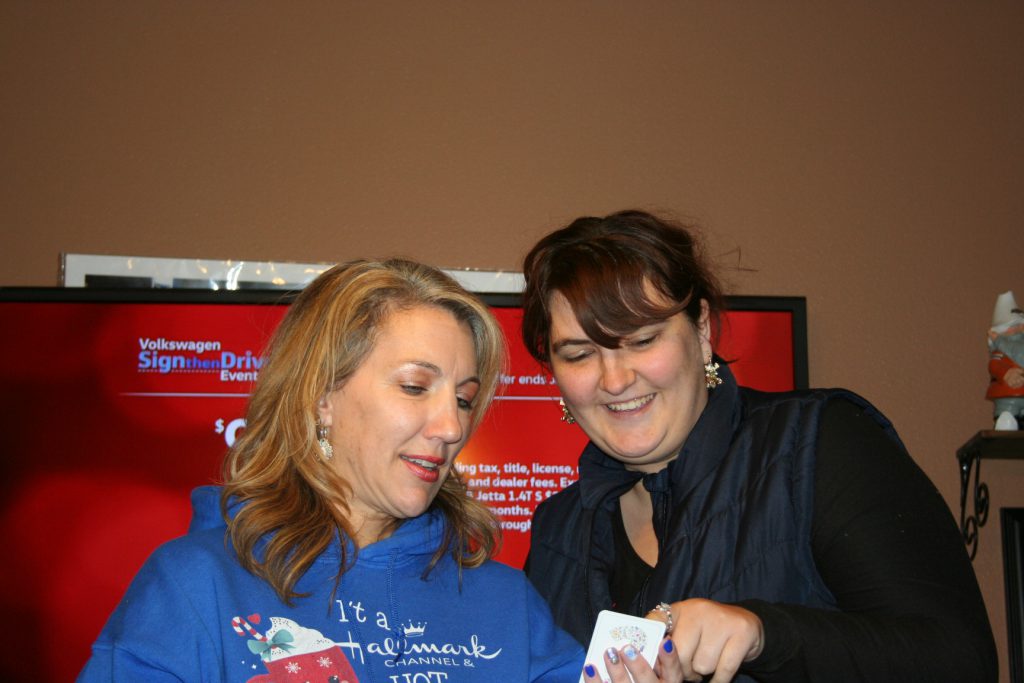 We teamed up and picked which one we wanted to try to get them to guess.

These are the game pieces (and cards). 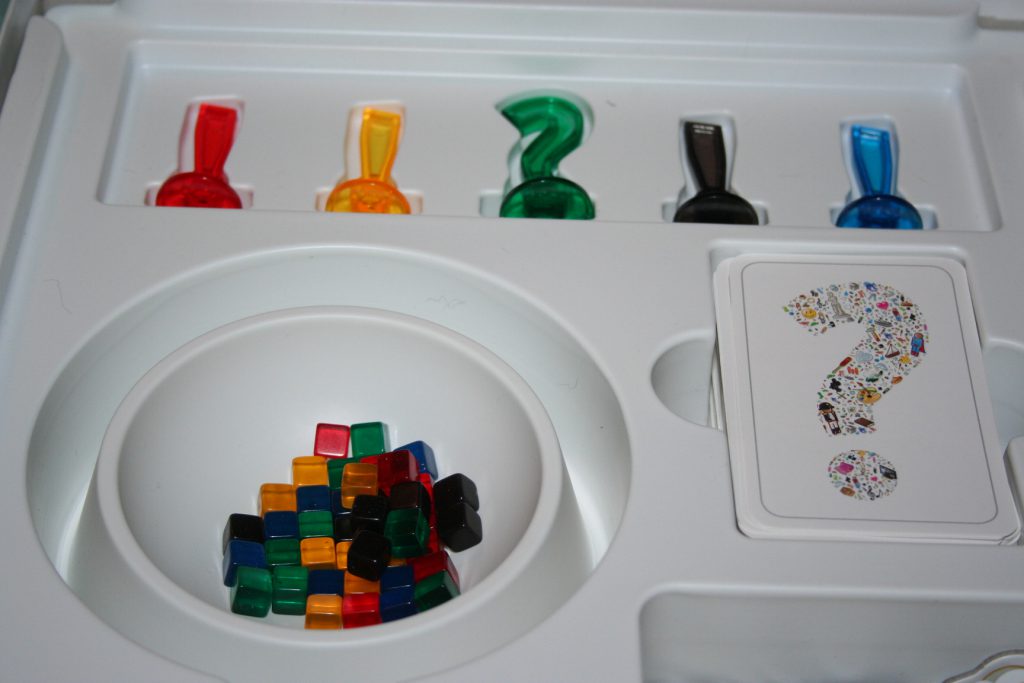 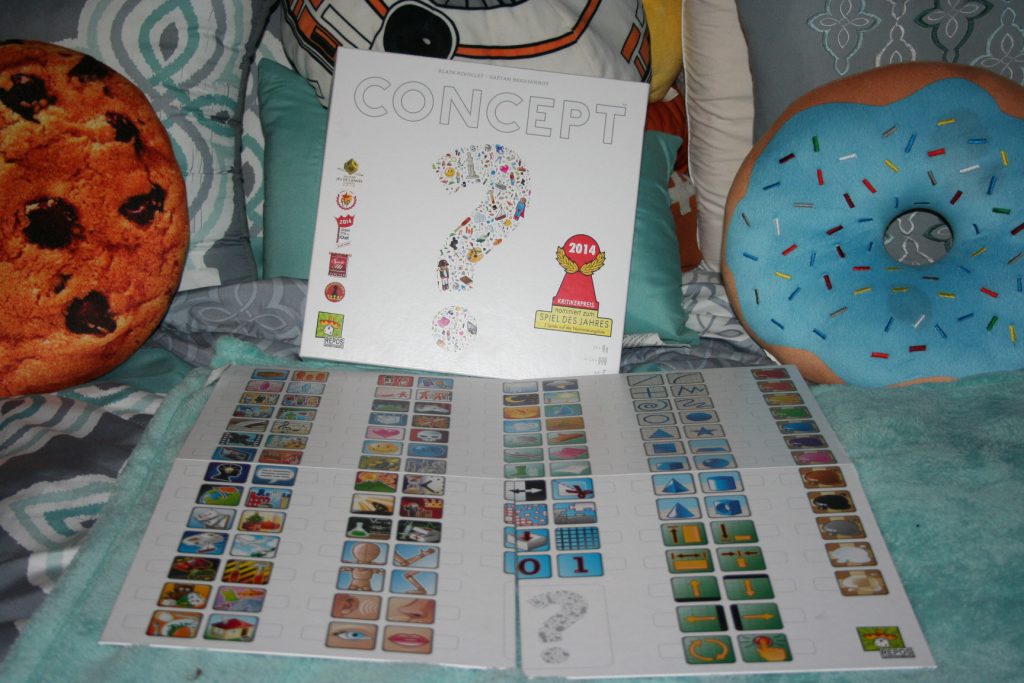 Consulting the reference sheet, which has all the same icons on it that the board has on it but also has descriptions of what that icon might stand for. (The Word Bubble has word, phrase, or quote — I believe.) Then you put green little cubes on things that would describe the object; like food and maybe the sun for morning. 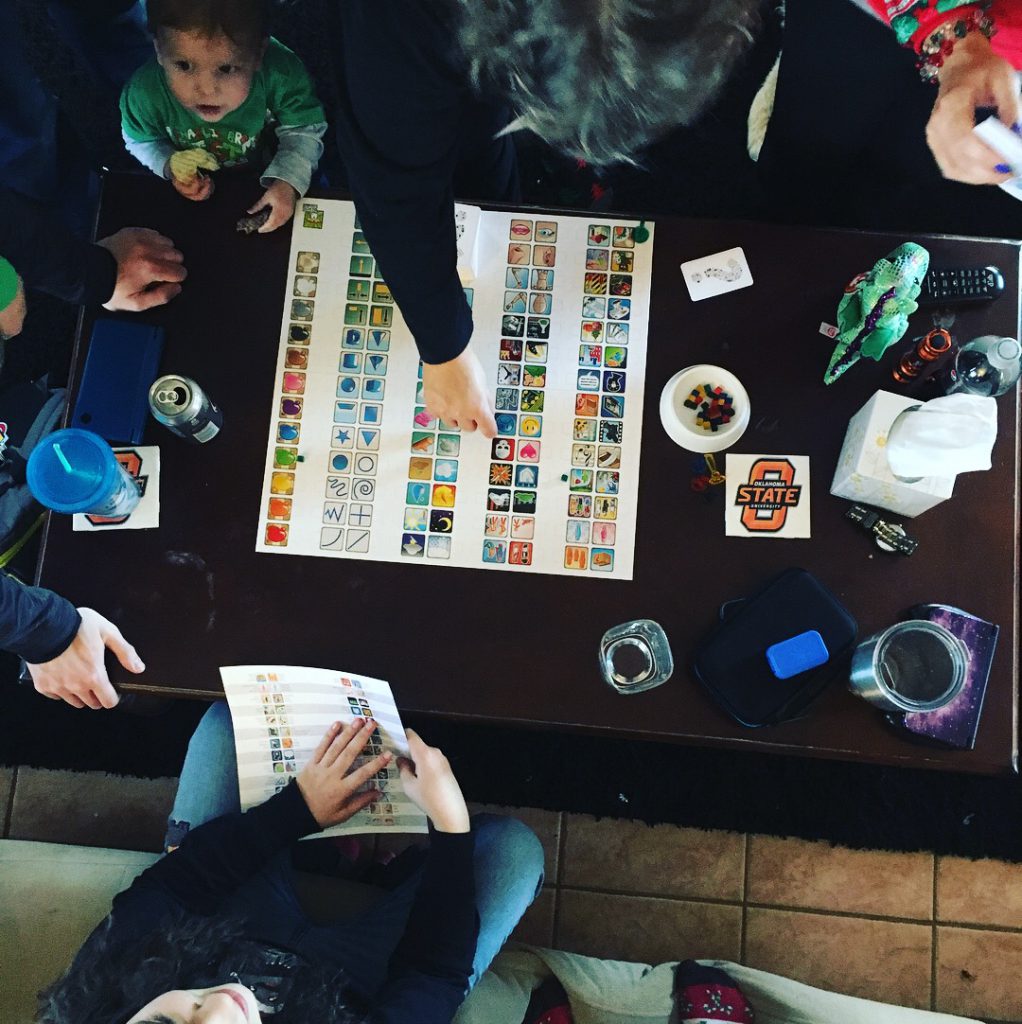 The deal is that you cannot say anything but yes. So all you can do is point to the pictures on the board trying to get the people to follow you and get the idea of what you’re trying to get them to say.

The other pieces are for more complicated things like quotes or sayings where you’d but the ? on the word bubble and then use the different ! pieces for different words in the quote with the same colored cubes to help describe that word. Or for when you need to go at the word from a different angle; this way all the clues of the same color keep the different aspects separate. (Yeah, that last sentence probably just muddied it more rather than making it clearer to understand.

It really is harder to explain than to play. We had a lot of fun playing it over the week of Christmas . . . okay, Christmas Eve, Christmas Day, and New Year’s Eve. 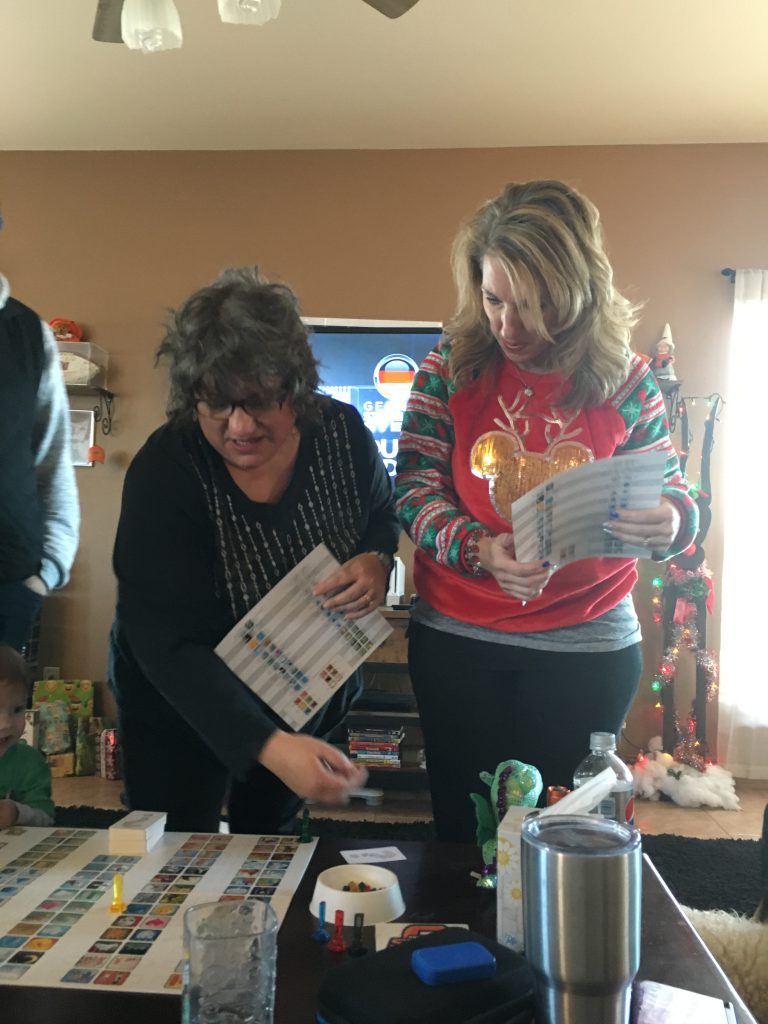 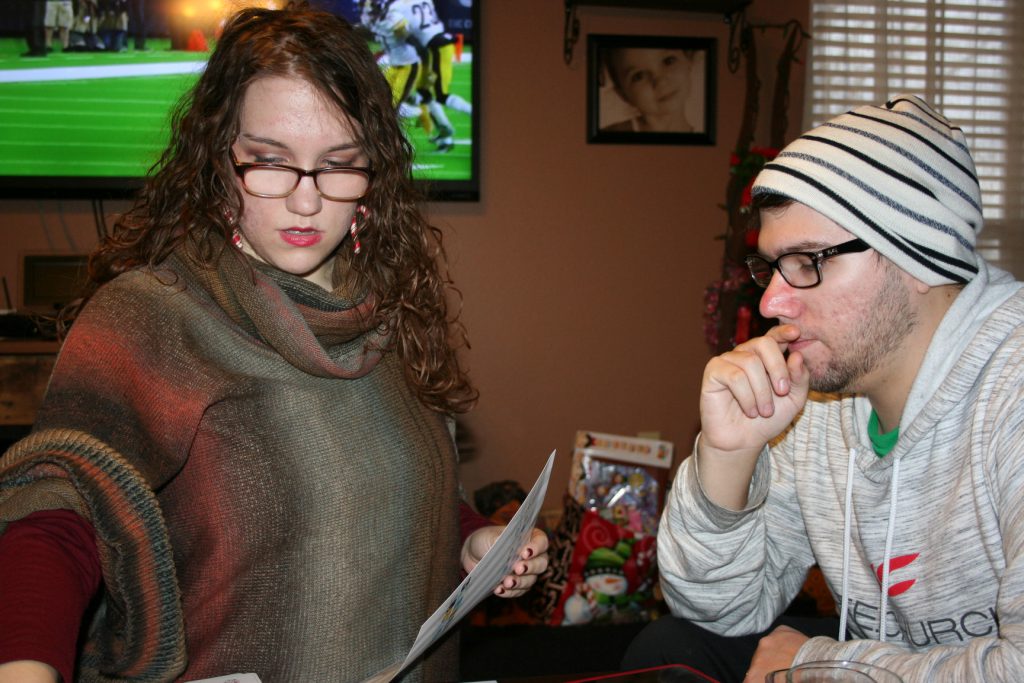 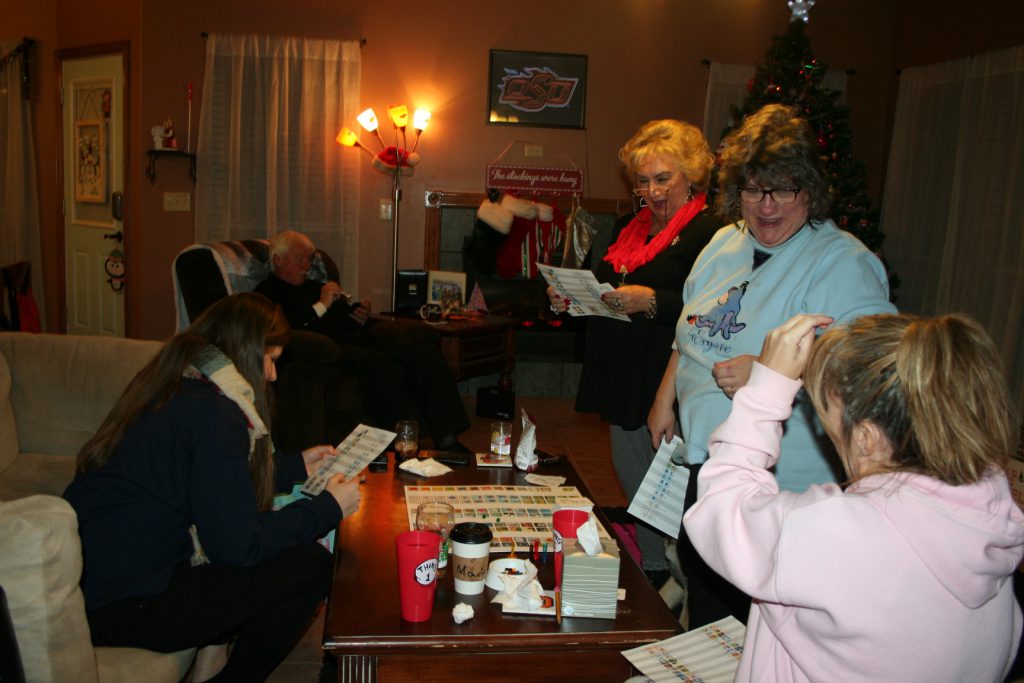 Using the buddy system, even young ones  can play.

You could also use it in your homeschooling by making cards (with only one or two choices) dealing with your science, history, or unit studies.

If you are looking for a new group game, this one is really fun. We just all talk through the clues together and holler out stuff. When someone gets it right, the next team takes a go. Although we started with really easy ones, so we decided to do two before it was the next team’s turn. In our version there is no points or scores, just fun cooperative play.

Last weekend I went and got Liam. 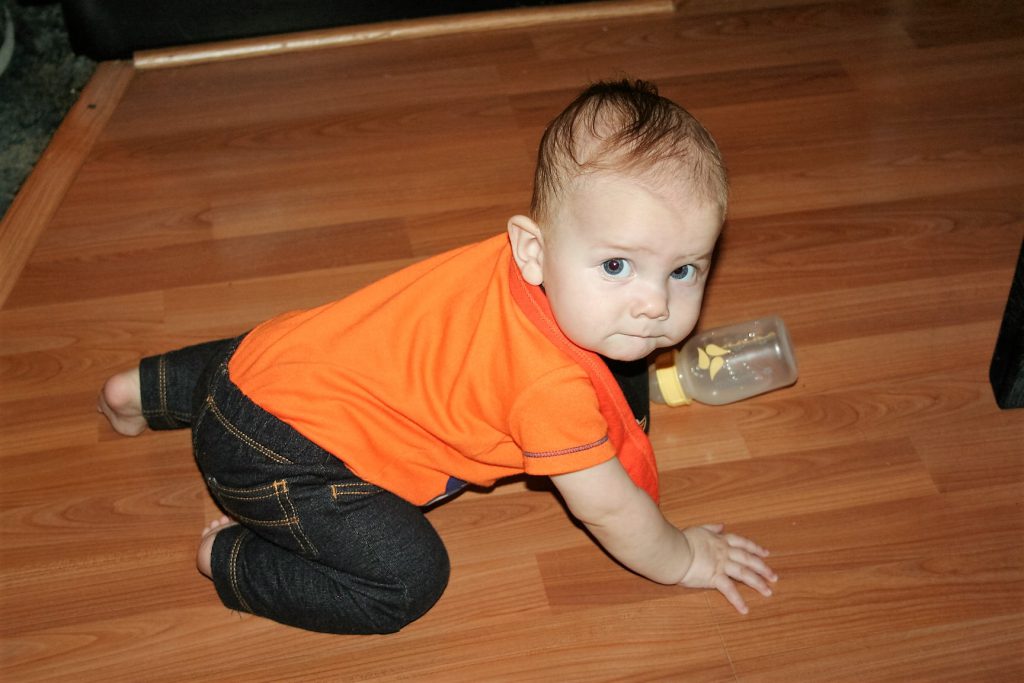 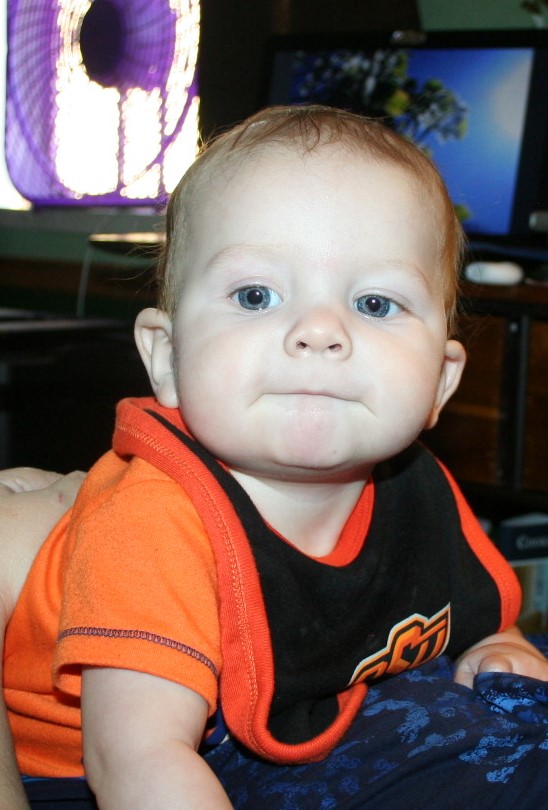 I got him a cute snack cup from Dollar Tree that holds the snack pieces inside the cup and has an opening for him to pull a piece out. He didn’t get the hang of it this time around but I’m sure that before long, he’ll be a pro at it. 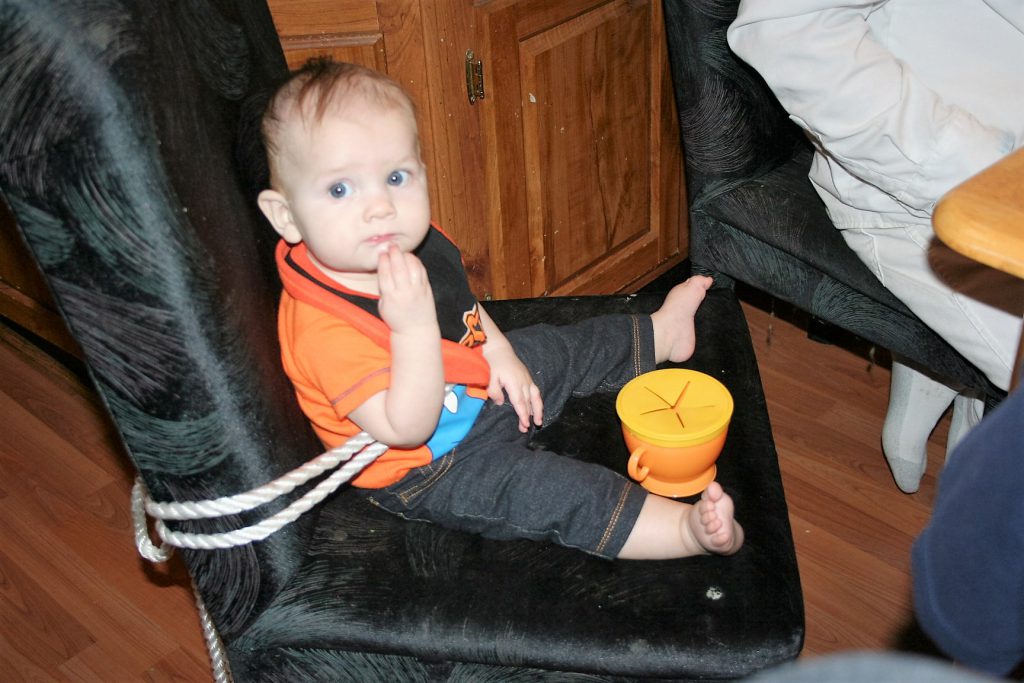 He was really wanting to move! 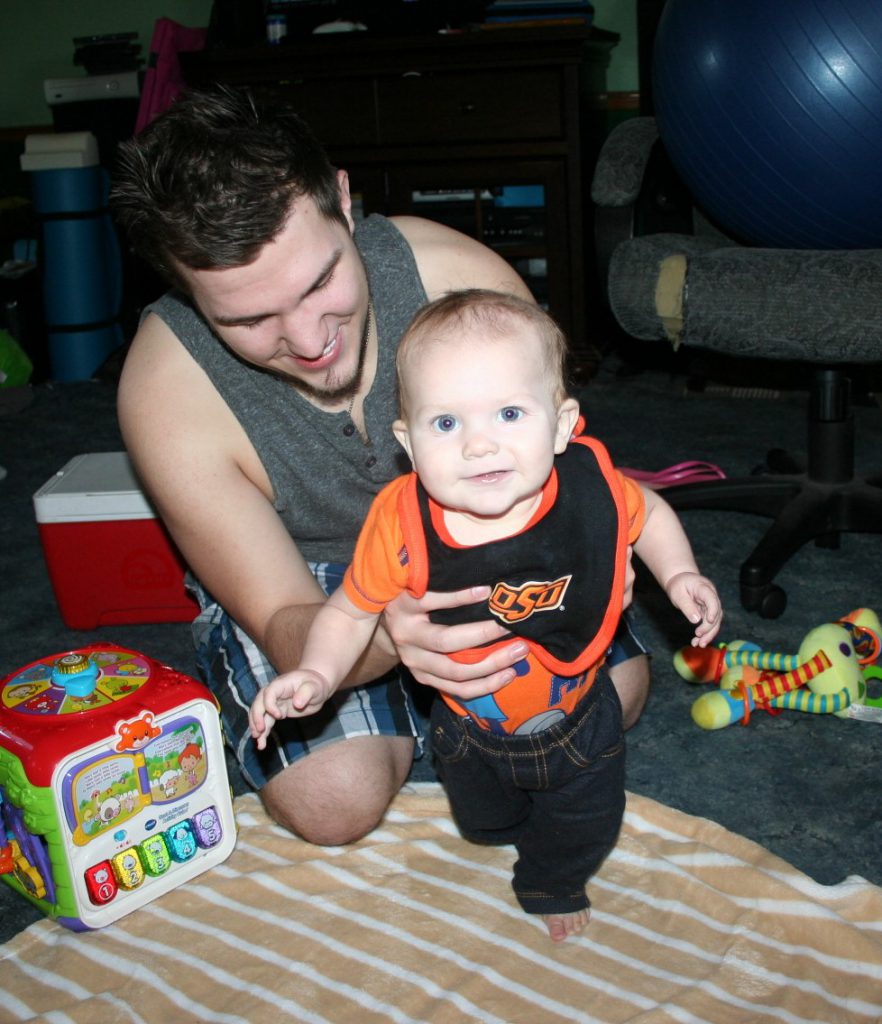 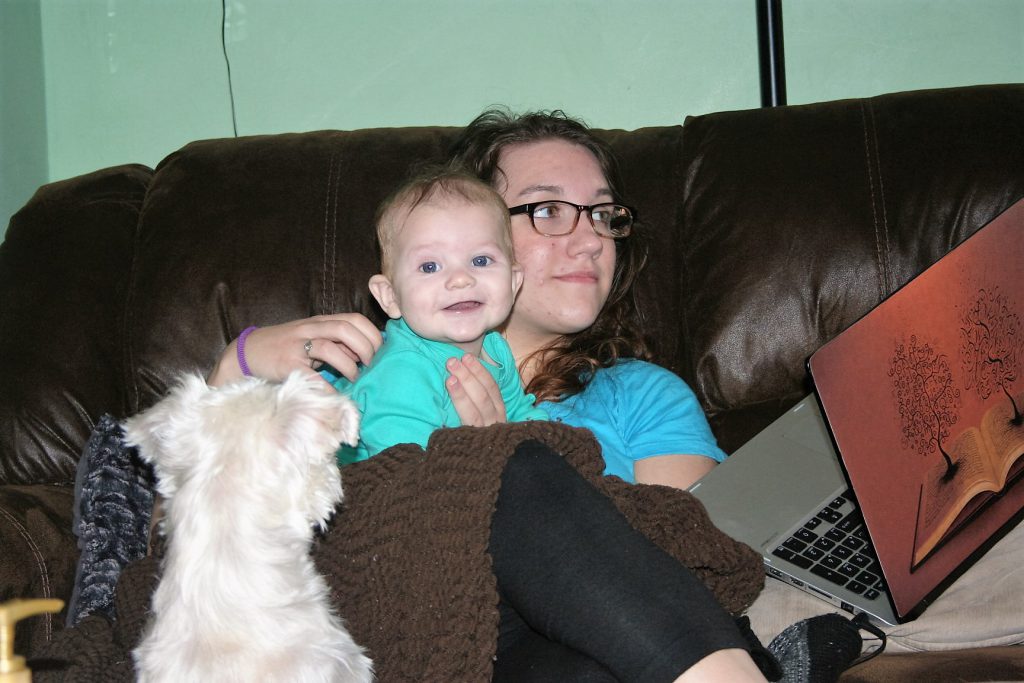 His mommy said he gets up between 7 and 8. I couldn’t reach her to ask but was pretty certain that she wanted me to wake him up. I was a bit nervous about doing it but he was a sweetie.  I gave him his morning bottle and we had some nice snuggle time.

Grandkids are a joy! I cannot wait until I have a bunch of them .

Sean’s birthday was this past weekend as well! He requested that yummy pound cake I made just days prior for his cake. It was REALLY good!!! 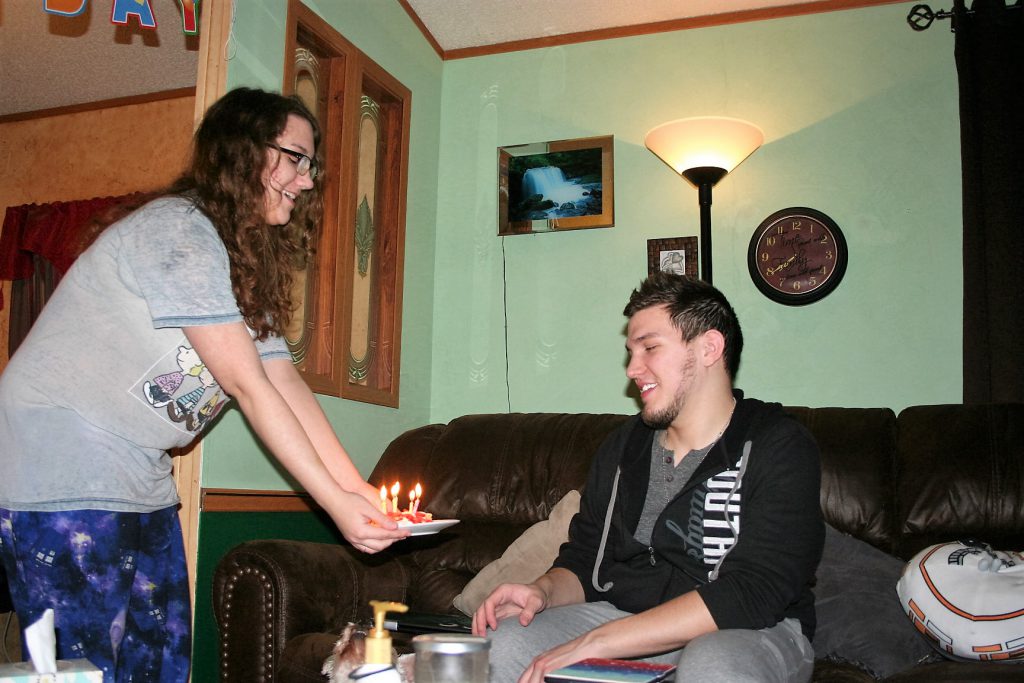 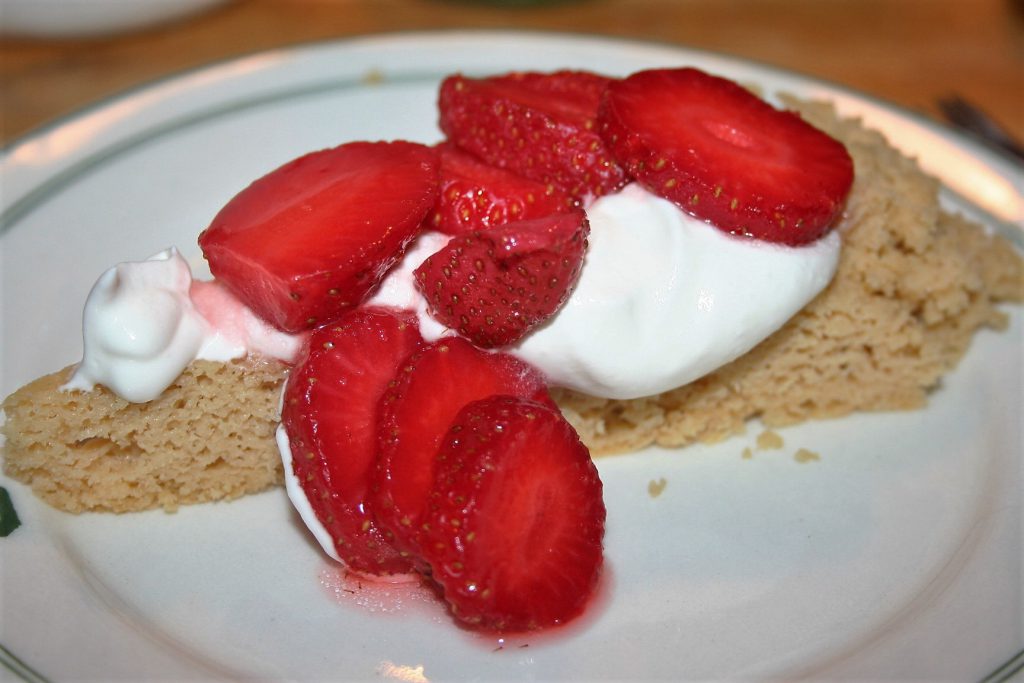 I wrote about it in more detail last Friday. If you eat low carb and sugar-free, this is delicious!

The only other thing that’s been big this week is that we are still loving the new Zelda game, Breath of the Wild. It is HUGE!!! and lots of fun! 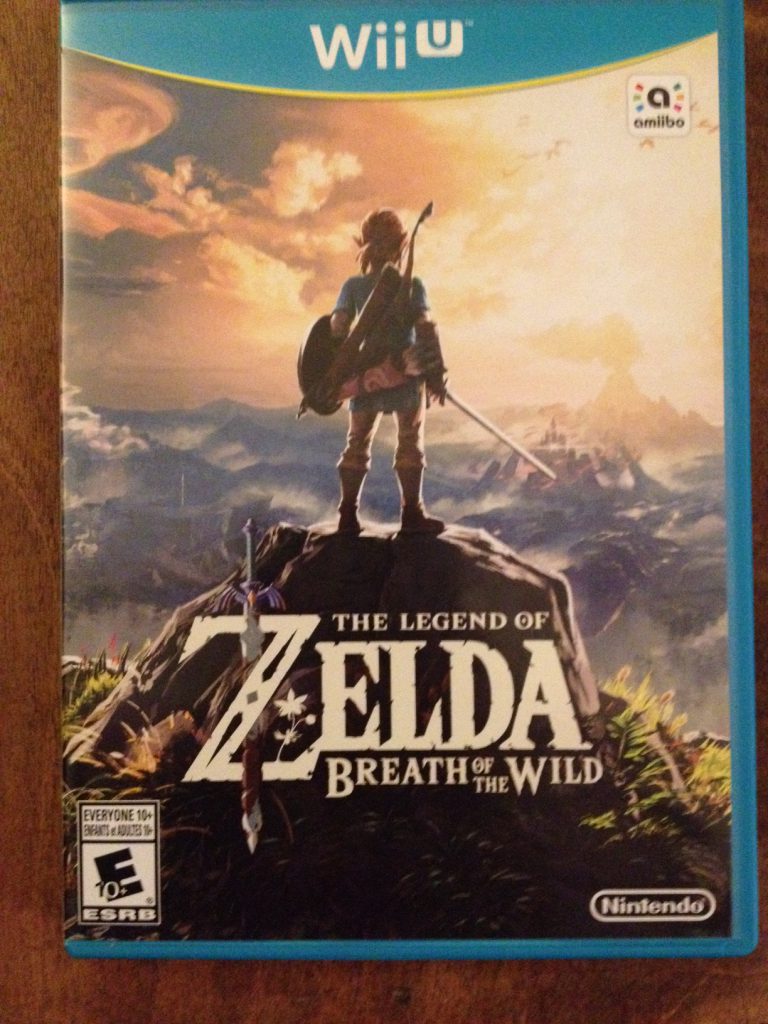 We weren’t sure if we wanted to get it because it was released on the new Wii which we do not have. I’m so glad Sean bought it!

He also went ahead and ordered a strategy guide for it and it came yesterday. I haven’t had a chance to peruse it yet but it is gorgeous and has tons of information in it. The print is small but he was forewarned about that so we knew what to expect. 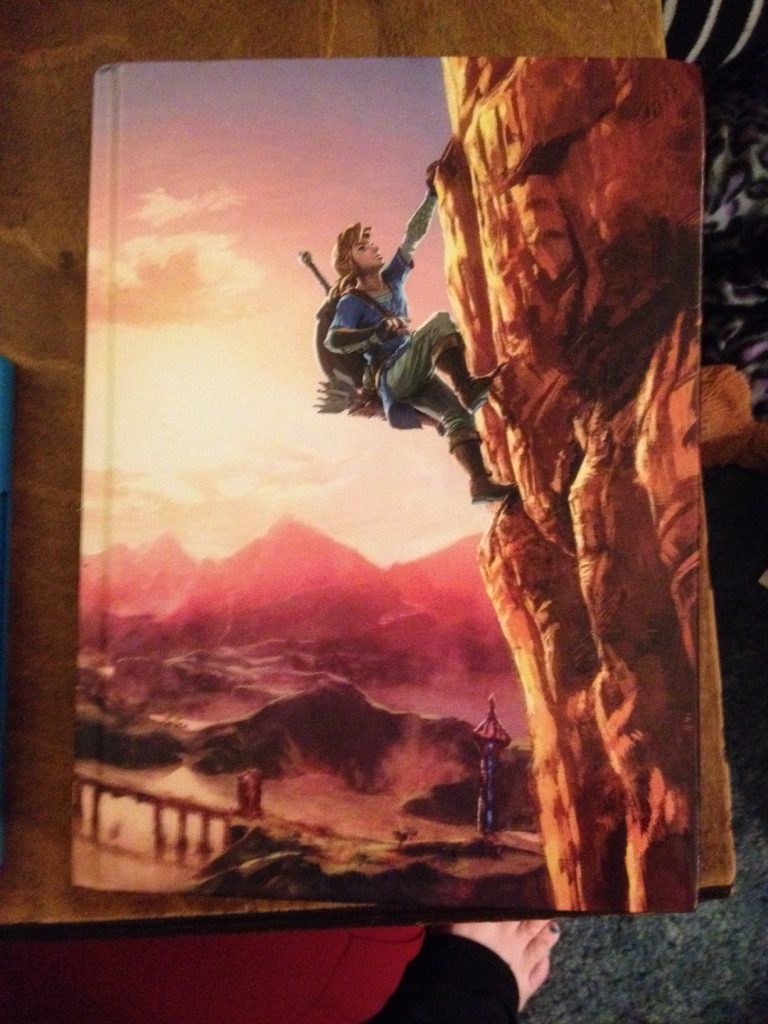 He’s a good bargain hunter and found a coupon and a discount, and sale items, and free shipping.

We get to have Liam spend the night again this weekend and get to show him off at church Sunday!

Well, I’m off for now. Until next time, God bless,