I love pizza! I love the flavors of pizza and am glad to have it most any way I can get it.

I’ve been eating eggs most every morning and thus am happy to have some variety in those eggs. So one day last week I decided to put some of my favorite pizza flavors into my eggs. Now I must admit that I got my first attempts at this recipe from this website. It was good but I’m not one that cooks on low very well.

Plus Tiffany only likes her eggs scrambled. So, I modified it a bit.

I started by sautéing some onions and mushrooms.

I like mine done well, but you can cook yours to your liking. I beat most of the eggs slightly to blend the white with the yolk. Pour the beaten eggs in or crack them on top of the cooked veggies and then add any cooked meat you like. I added some cut up pepperoni and I had just cooked up some sausage, so I added some of that too.

When I made this last week, I didn’t have any tomato sauce or tomato paste and it was a bit dry and didn’t quite have the right flavor. I suggest you add a couple tablespoons of tomato sauce but I didn’t have any again, so I opened a can of tomato paste and spread about a teaspoon around. It probably would have been better if I had thinned it down a bit with some water to spread a bit more easily.

Flip and cook as I desired. Oh, sprinkle a little cheese on it when you flip it and put a lid on the pan so that the cheese will melt. It doesn’t have to have cheese if you are dairy-free thought, as it will still be delicious. Really, include whatever toppings you like on pizza.

I had one egg scrambled and one egg over medium. It was delicious both ways. Tiffany likes her eggs very very well done and she liked the scrambled ones. We hope you like them too. (I’ve got to find a new recipe plugin . . . but this recipe isn’t really a recipe, so just add your favorite toppings to your eggs and enjoy. 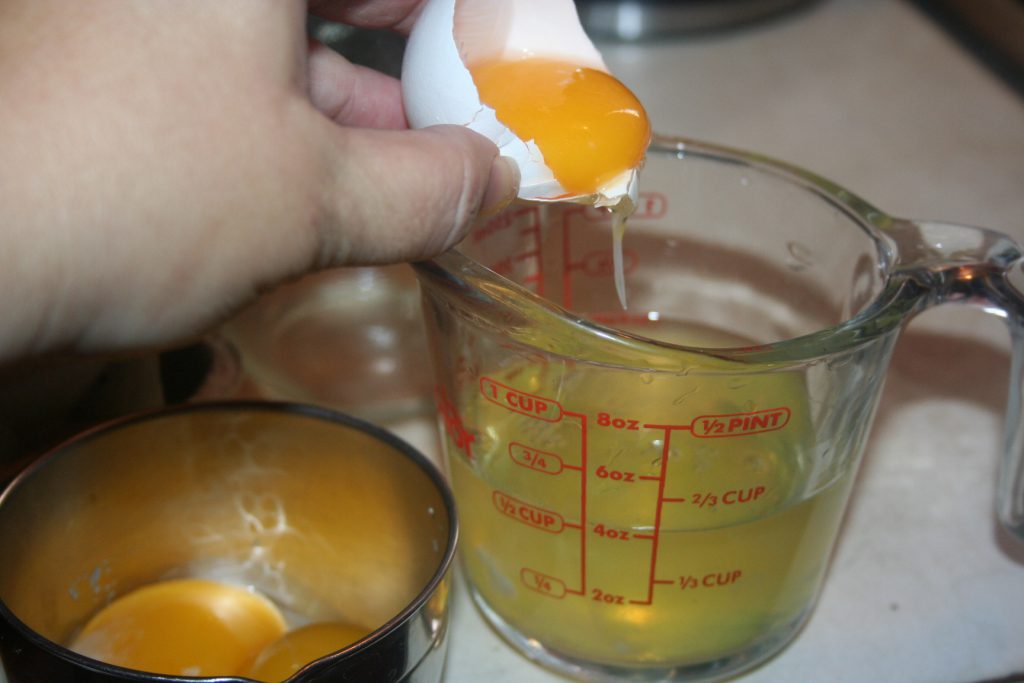 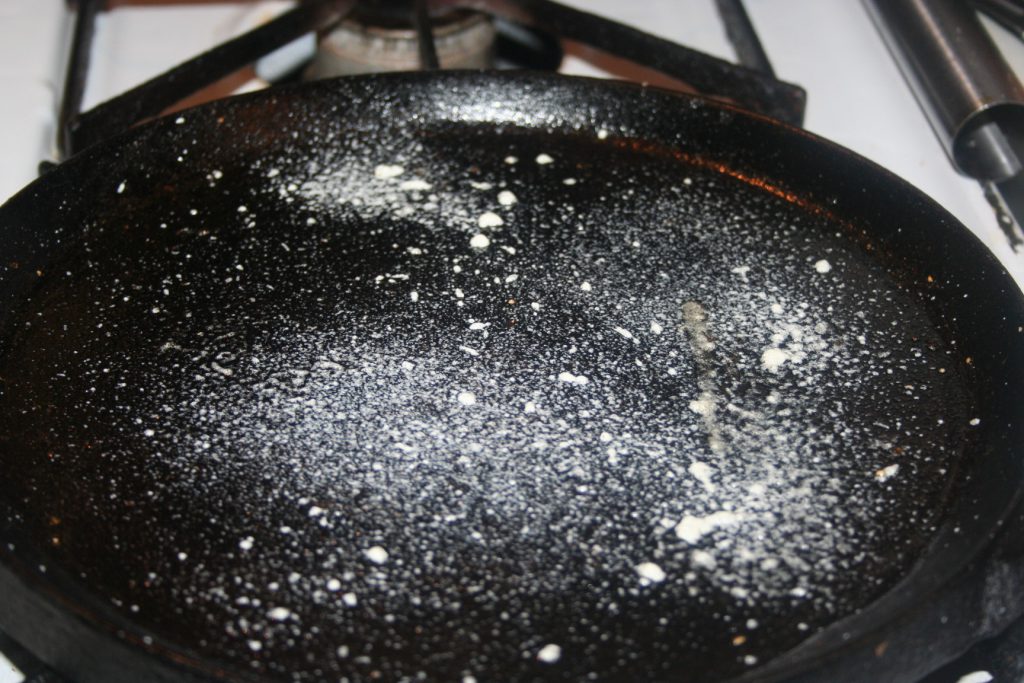 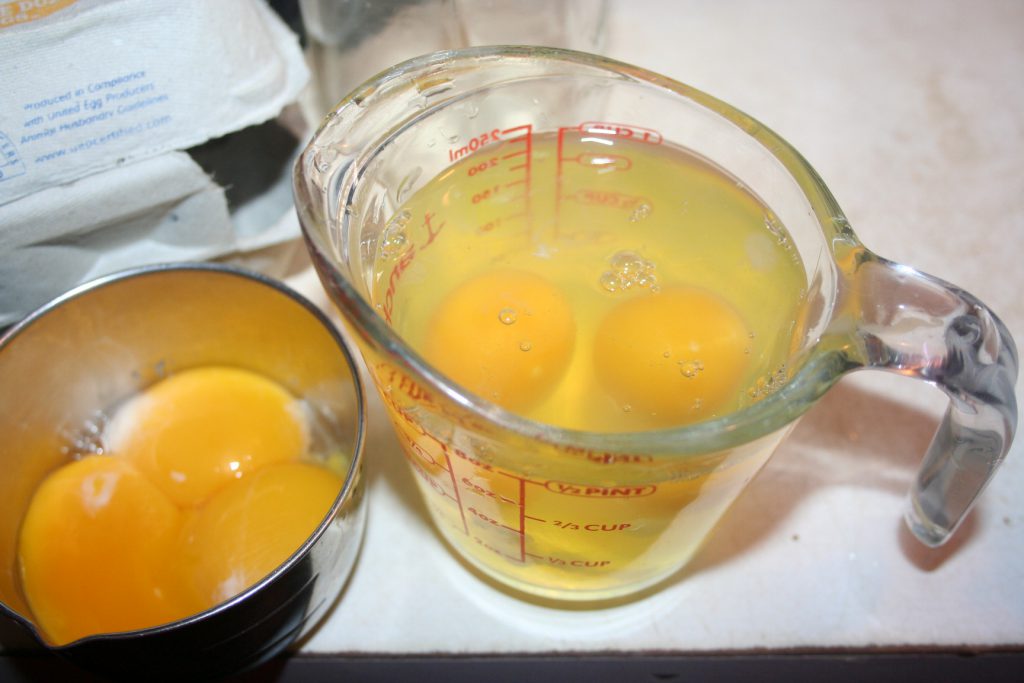 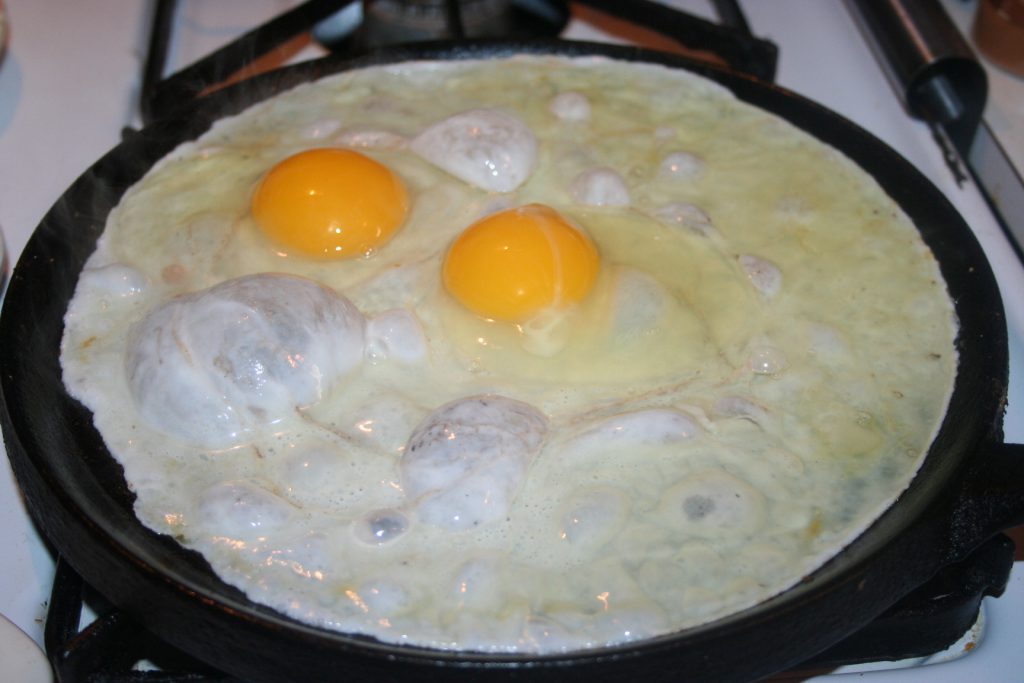 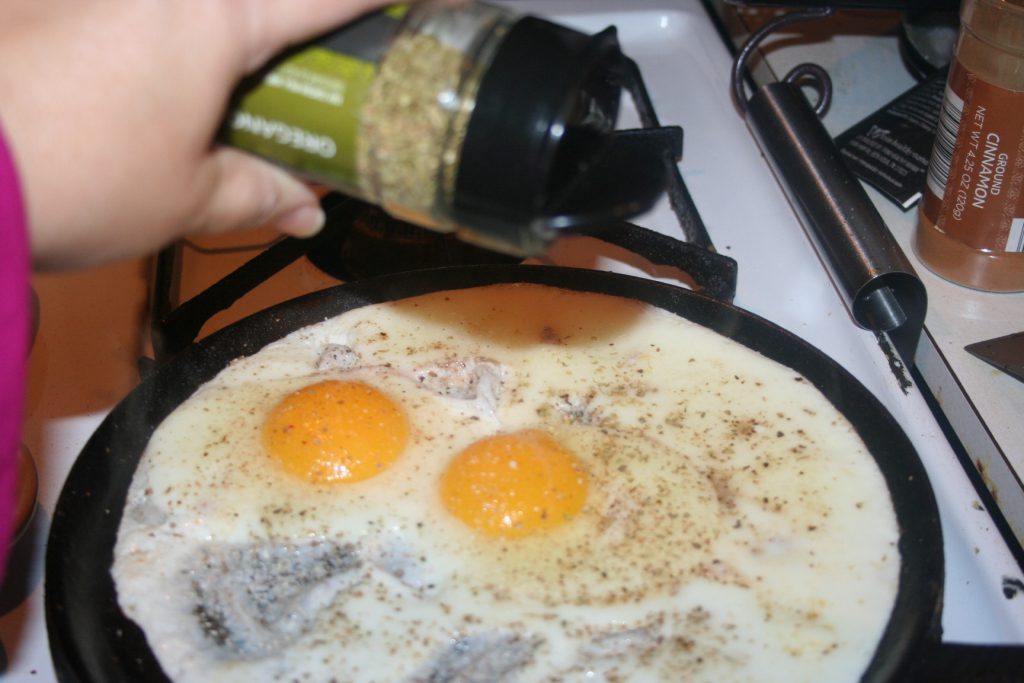 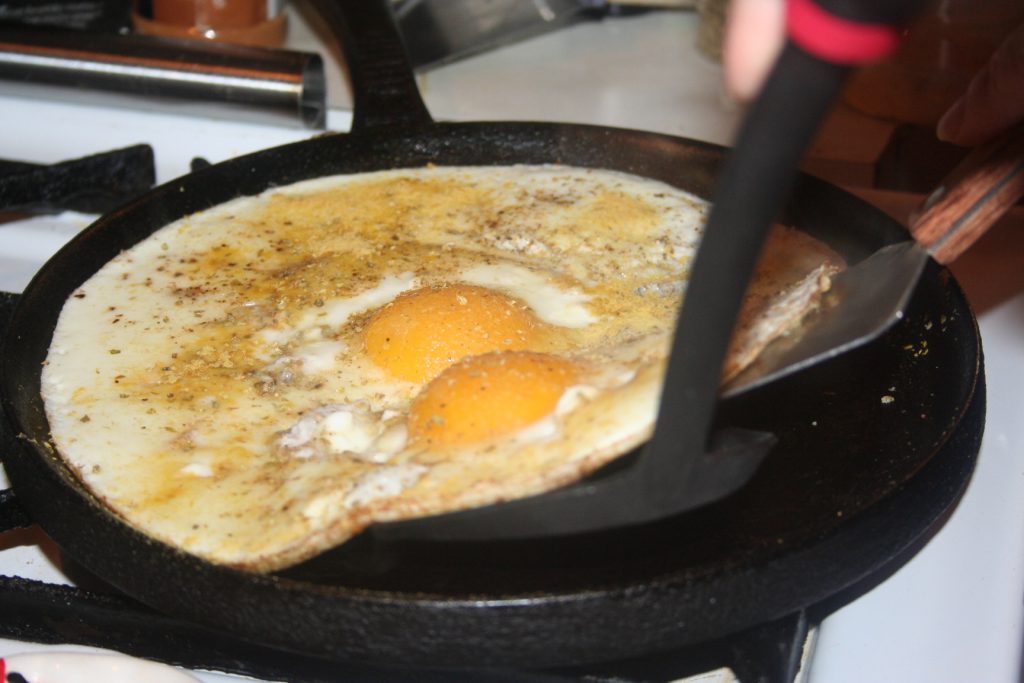 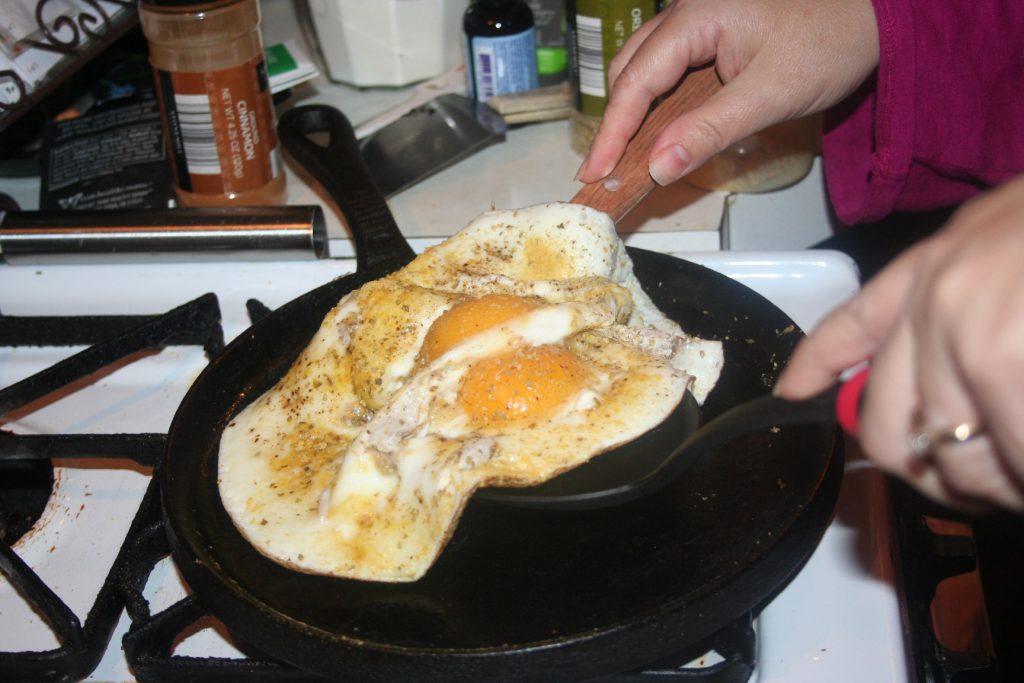 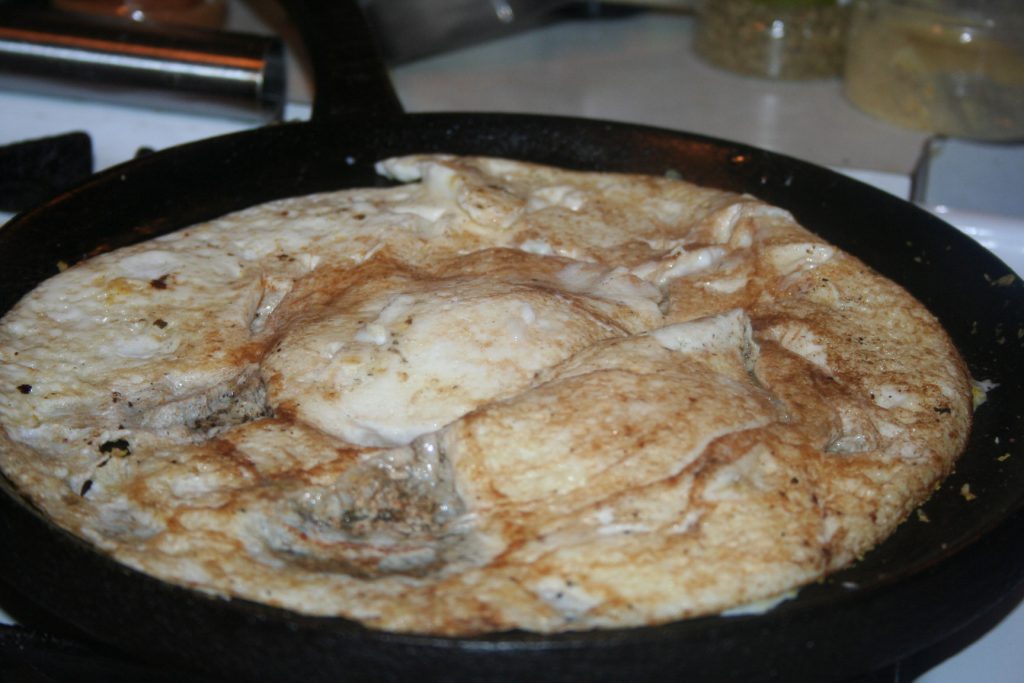 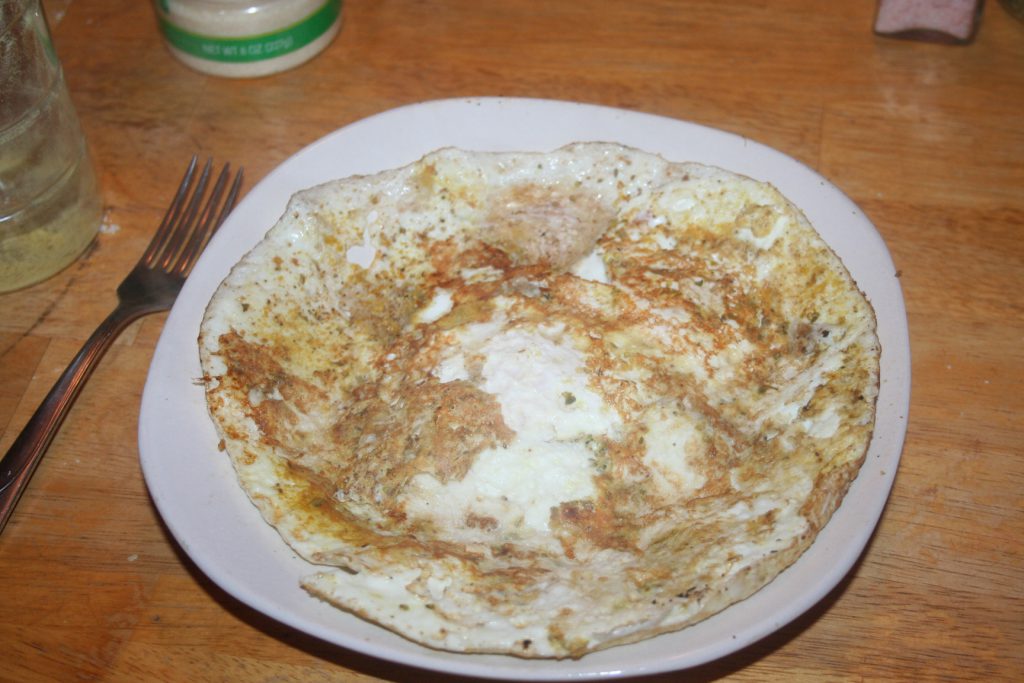 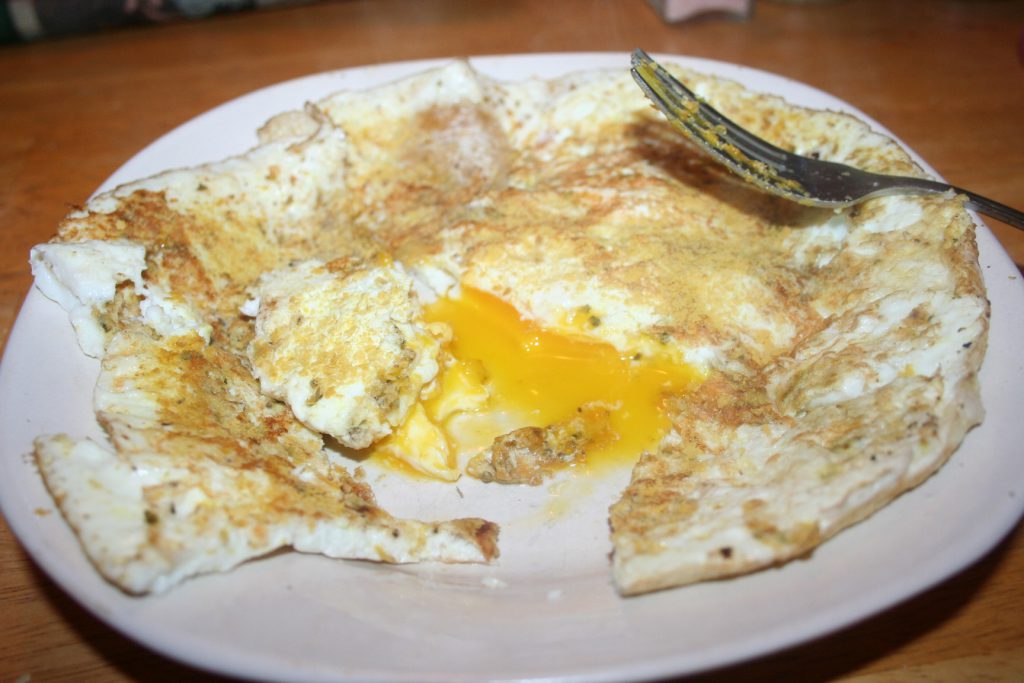 Low-Carb veggies for breakfast! Simple, quick, and filling breakfast of eggs and zucchini.

This recipe is hardly a recipe at all but if you eat eggs several mornings every week, it can get boring to have them the same way every day. This is one way to have them and if you like a runny yolk, you can have your lovely over-easy eggs on top and let that yolk run onto the hash. Mmmm mmmm!

Now, I failed to take pictures of cutting the zucchini but it is really easy. I cut a small/medium zucchini into 4 slices down the length of the zucchini. Then cut eat slab into about 4 strips. Then cut those strips into small little cubes.

Put it in a skillet with a bit of coconut oil. 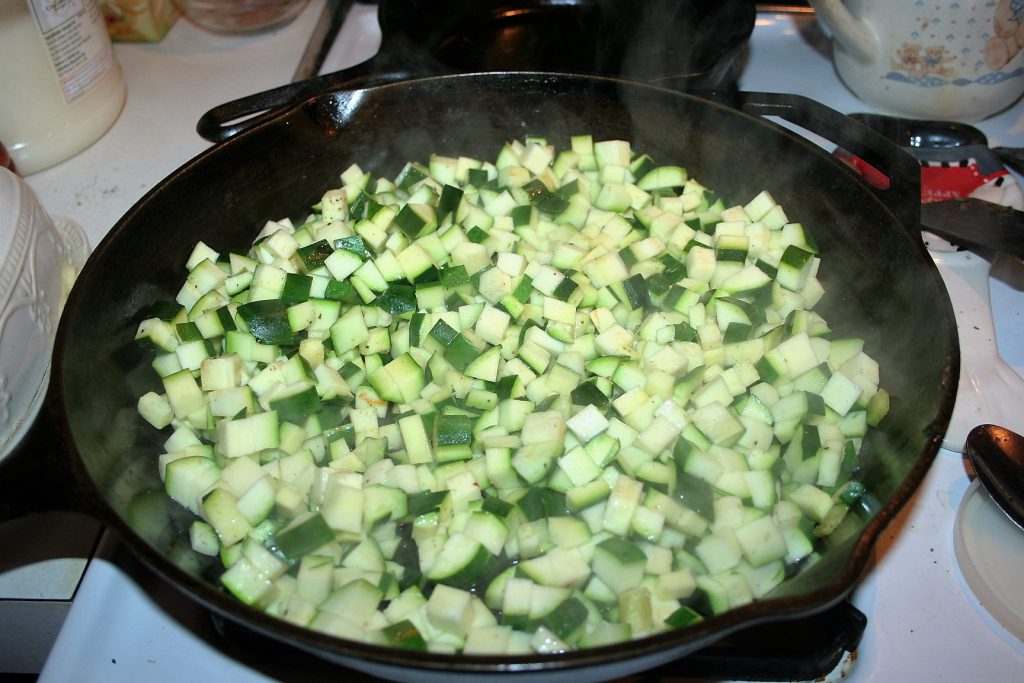 Season as desired. I only used a bit of salt and a tiny bit of pepper. 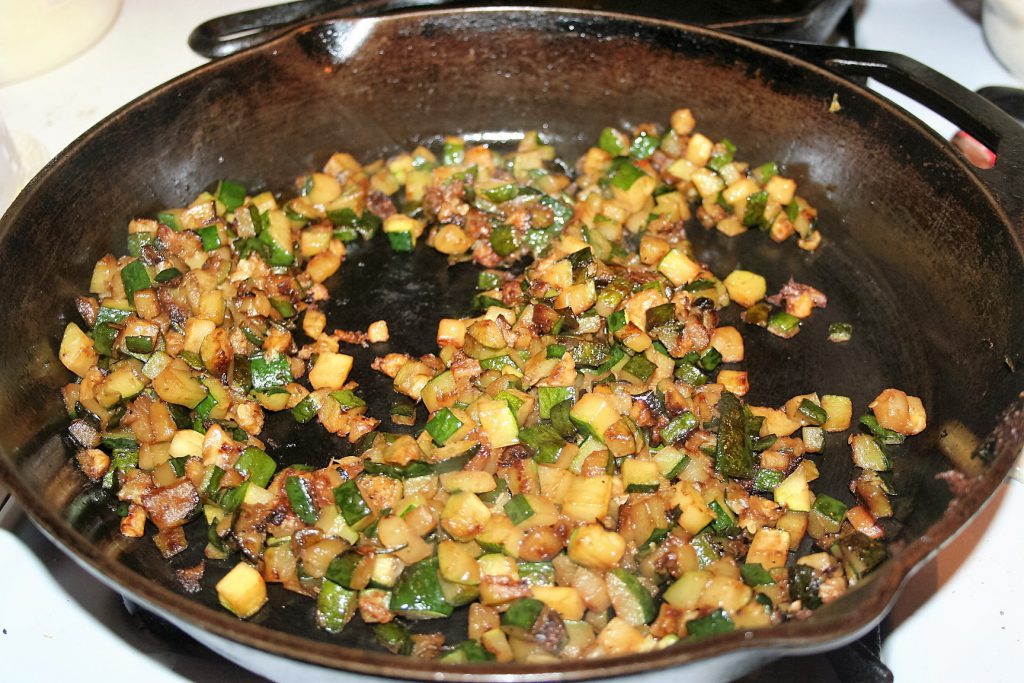 There is a lot here because I did enough for Tiffany and I, so that was 4 zucchini.

Cook your eggs. If you are only cooking for yourself, move the zucchini to on side of the pan and cook two eggs on the other side, however you like them best.

I like my eggs over medium and Tiffany likes hers scrambled and well done. 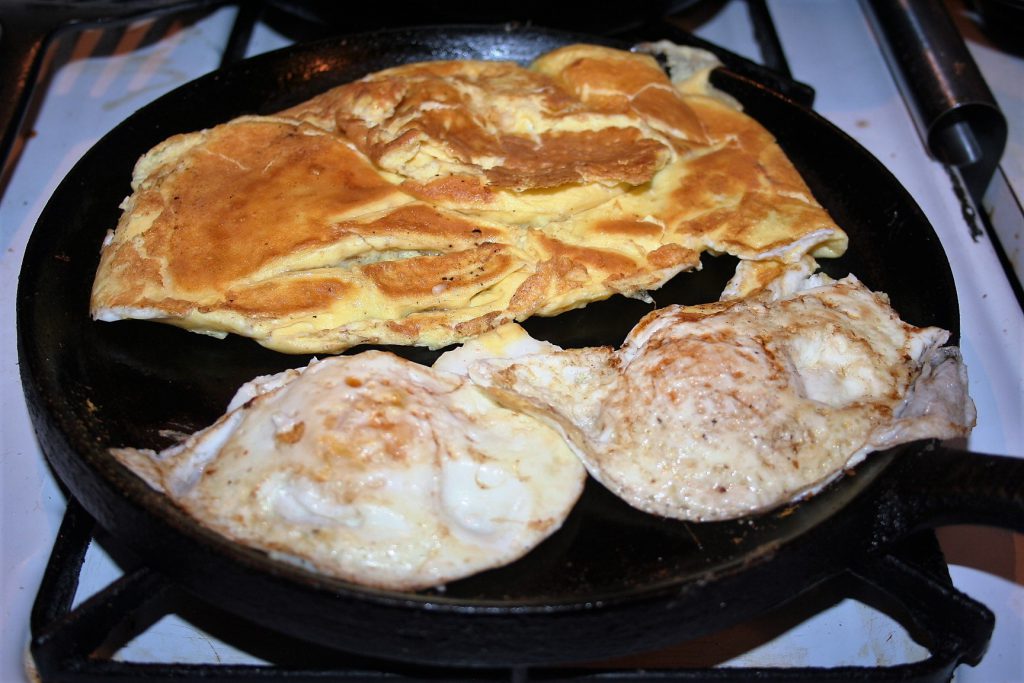 No, that is not a pancake! It is how Tiffany likes her scrambled eggs cooked.

Place on top of cooked zucchini. 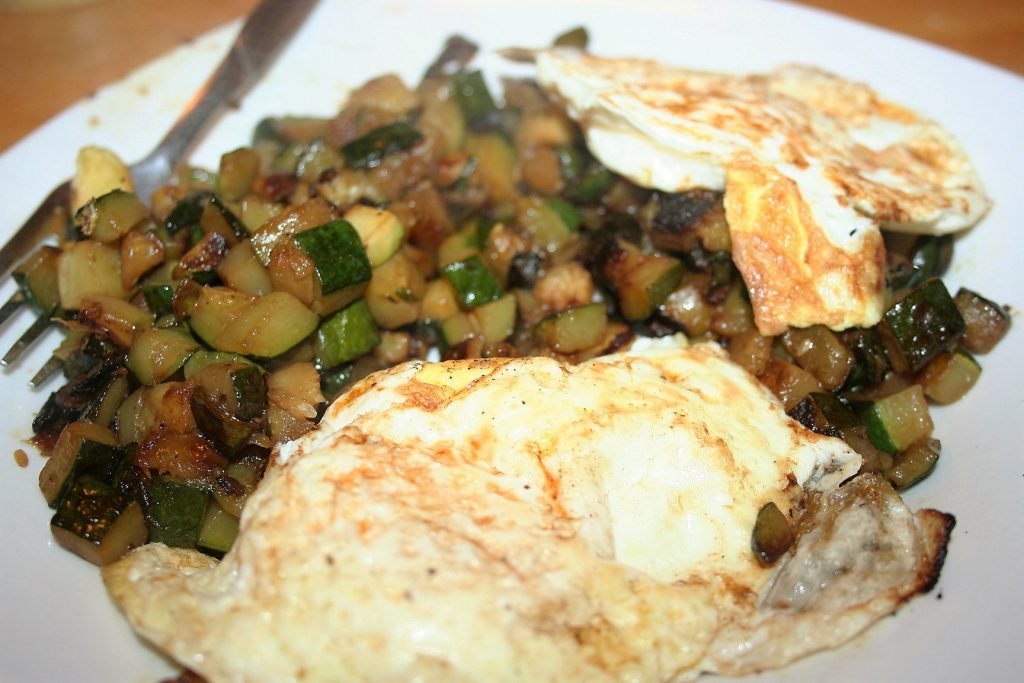 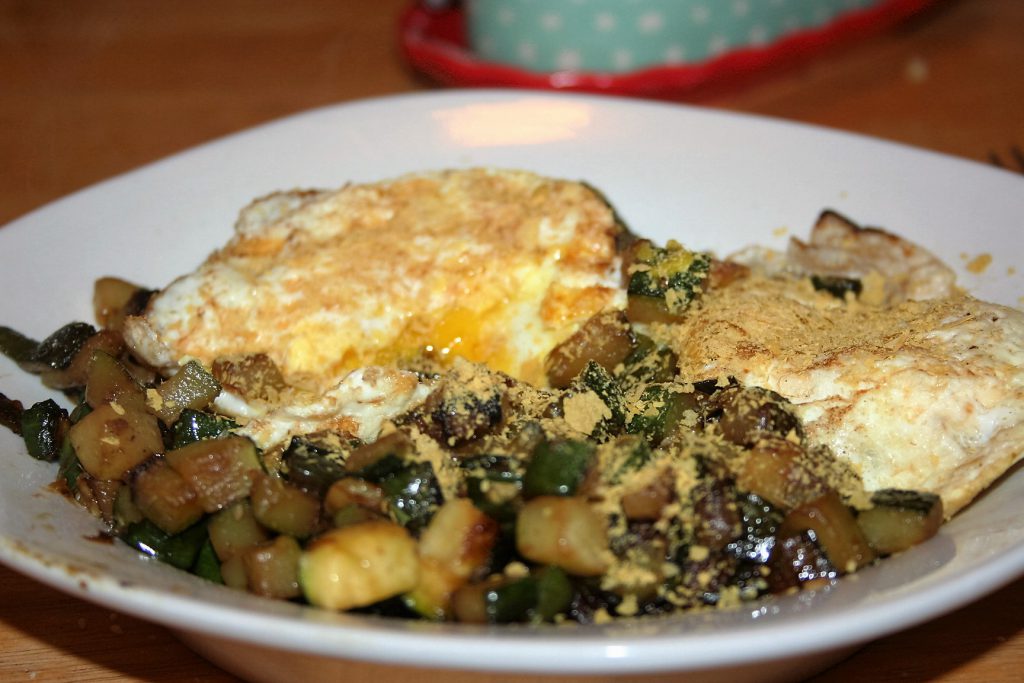 This one is so simple I hesitate to write up the recipe but here goes.

I hope this recipe gets you out of your egg rut.

PS. I got this recipe from Trim Healthy Mama, just gotta give credit where credit is due.

Low-carb breakfast that can help use up bits of leftovers and make a tasty meal.

Last year at the young adult conference at our church, we had muffins, donuts, yogurt, apples, and bananas. By the last day, I couldn’t take any more sweet foods, so I brought two dozen eggs and made some baked eggs. They loved them.

So, this year, we planned to have some egg dishes each day. I made those wonderful baked eggs on two days. For two dozen of them I scrambled the egg before pouring it in the ham lined muffin cups. One day I made a delicious crescent egg ring, which I will share with you one day soon. The other two days I made these egg muffins, which can be made with any ingredients you want or have on hand. It is a great recipe to take advantage of the bits of veggies or leftovers that need to be used.

Dice onion, mushroom, and bell pepper. Sauté in a bit of olive oil. (Today I sautéed it in bacon grease.) 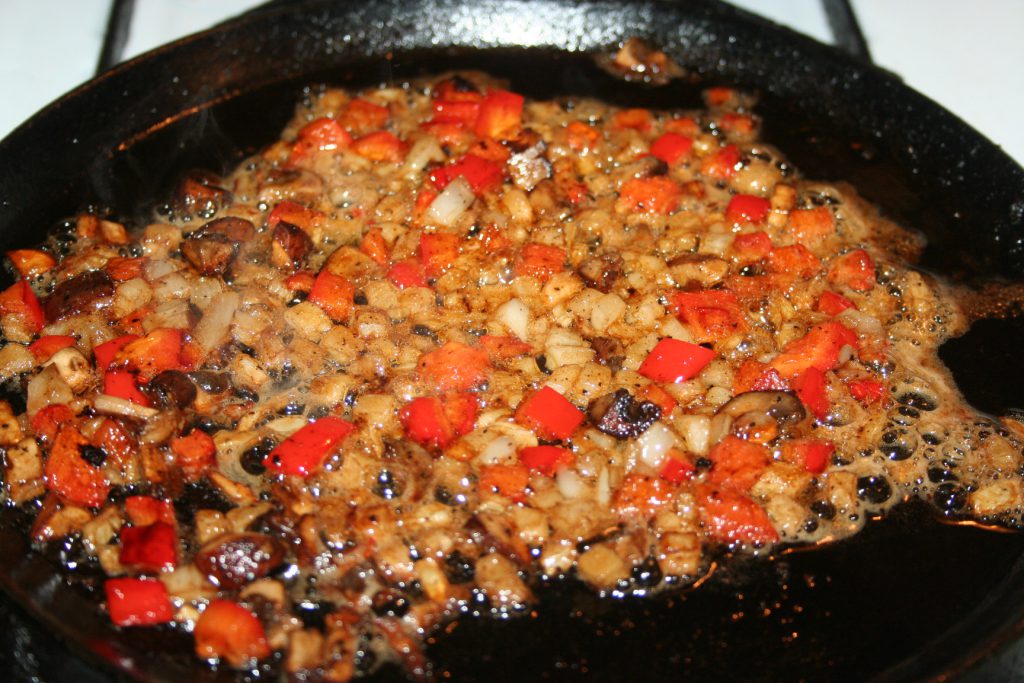 Make sure your meat is cooked. During the conference one day, I used bagged bacon bits with the sausage and it turned out pretty good.

I sprayed my ramekins, since I was only making two this morning, otherwise I would have used a muffin tin, like I did for the conference. Spray them well!!! 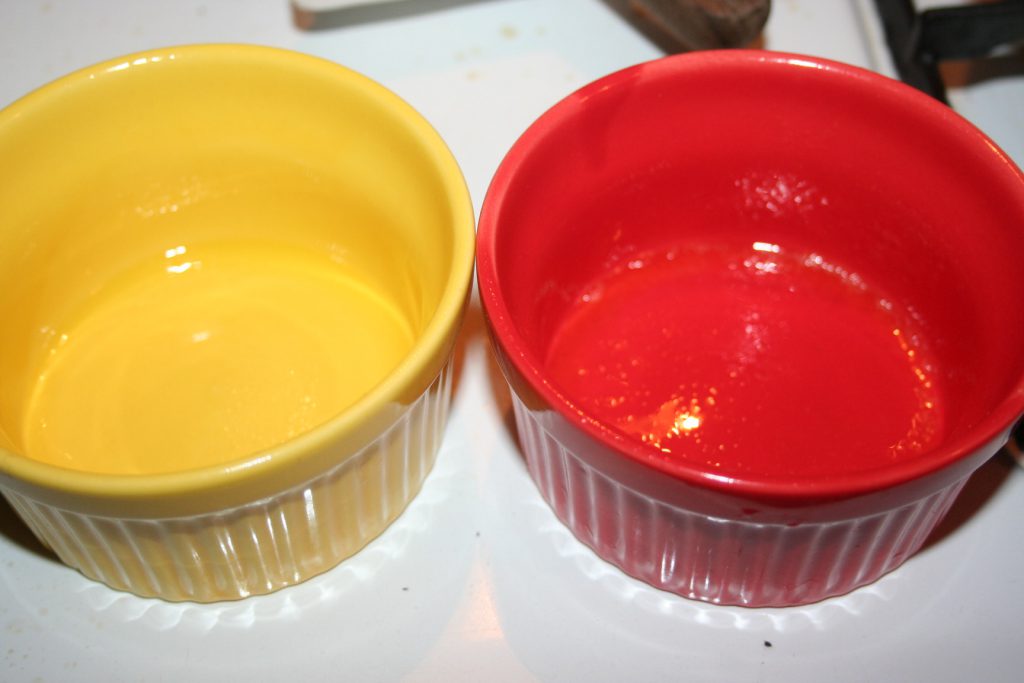 Crack one egg for each muffin and scramble. 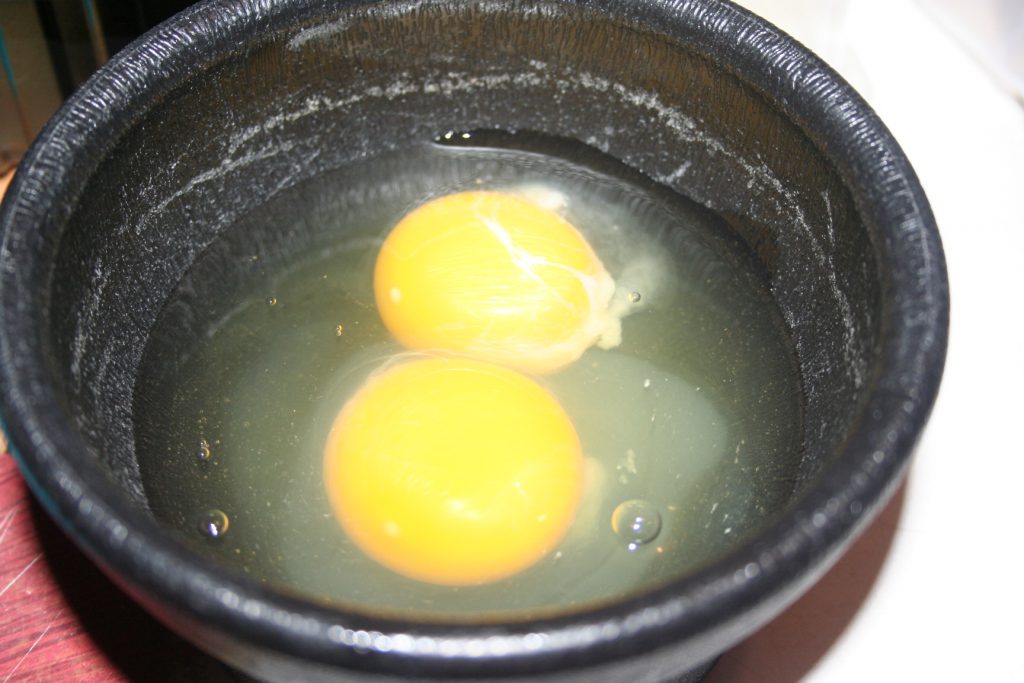 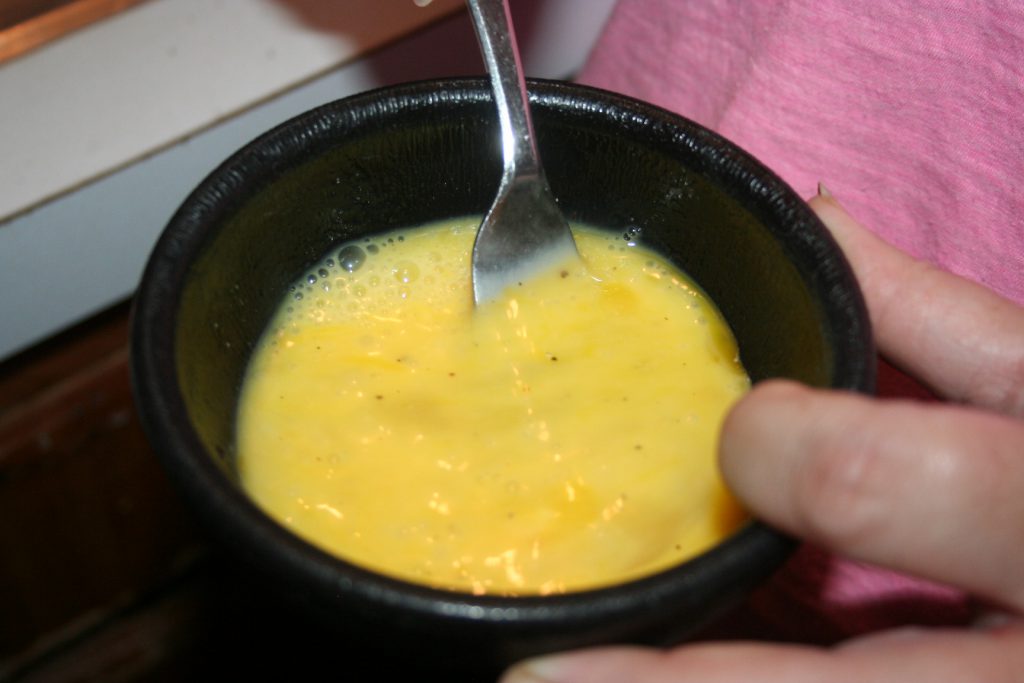 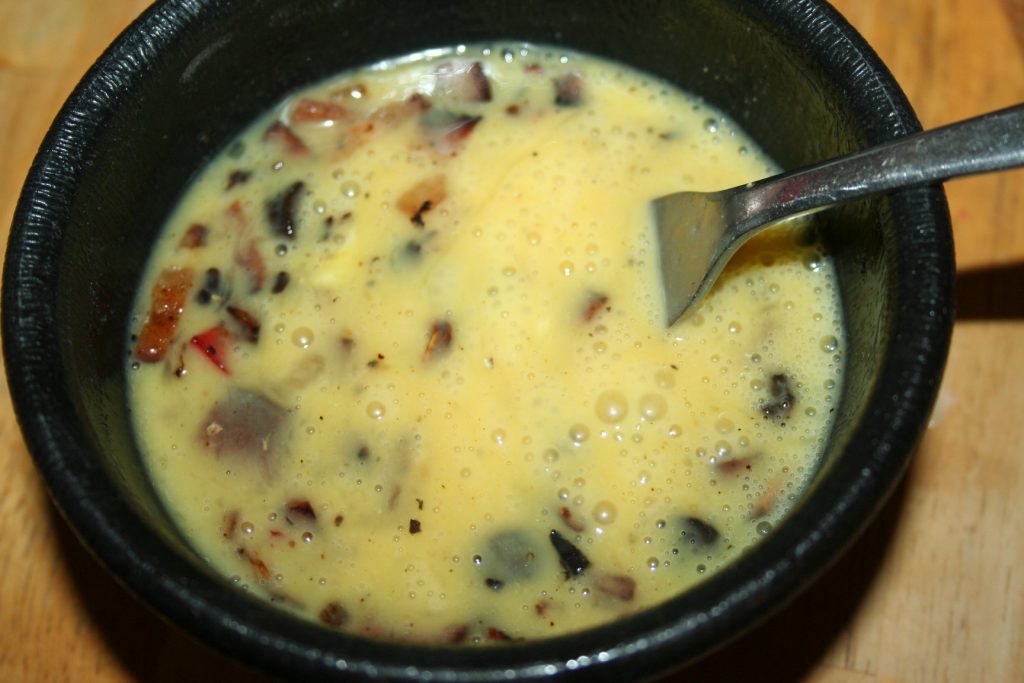 Divide it evenly between your cups, filling about 2/3 full. My ramekins are larger than the muffin tin, so they are only about half full. 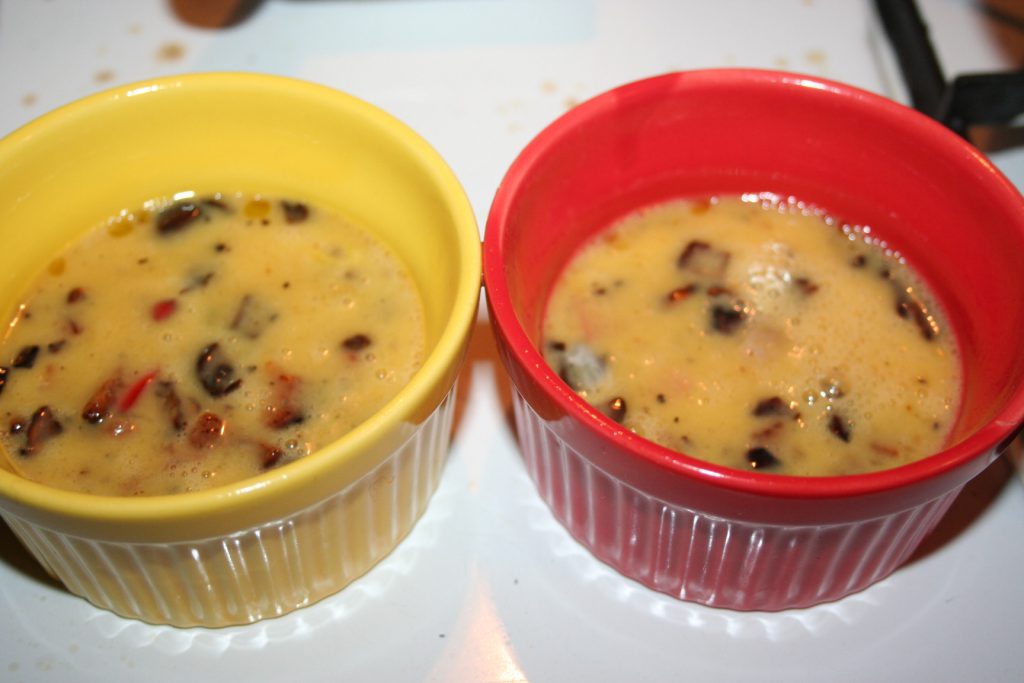 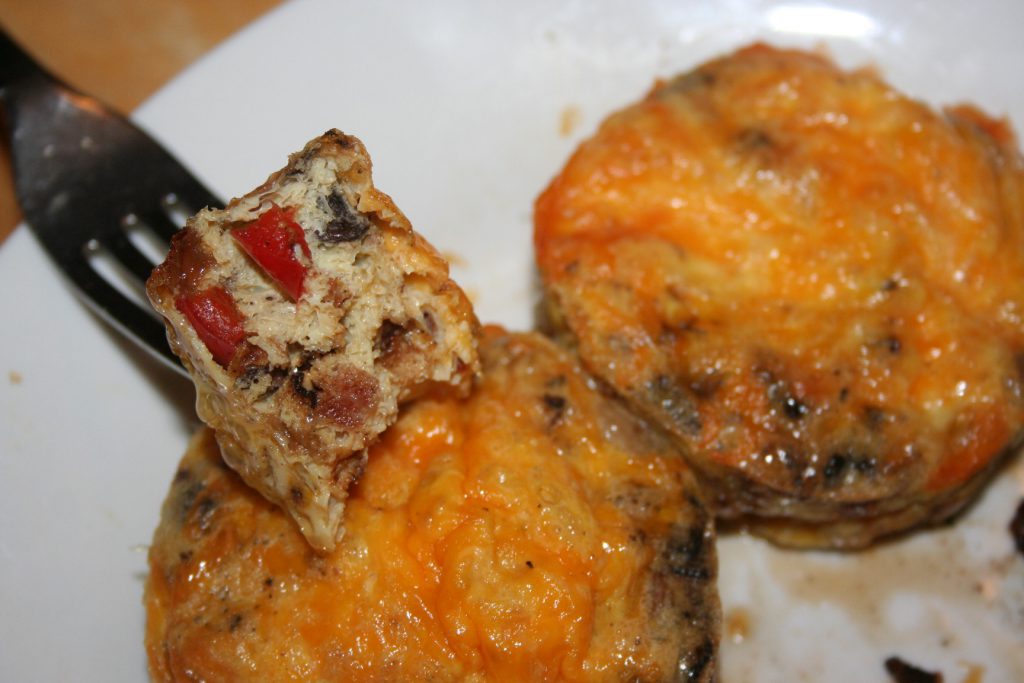 You can add whatever ingredients you want. I’ve seen avocado, spinach, tomato, and broccoli. Really, anything you can think of will probably work.