For a while now, I’ve been craving the Strawberry Pretzel Salad. I never had this when I was young but loved it several years ago when I had my first taste. The saltiness of the pretzels really paired well with the sweetness of the rest of the dessert.

Well, I saw a keto version of this deliciousness several months ago and decided I needed to make it. Independence Day seemed like a good excuse to make it.

The creator said the pretzel layer was her favorite in the original dessert and so she had to get it just right. I believe she nailed it! We loved it! 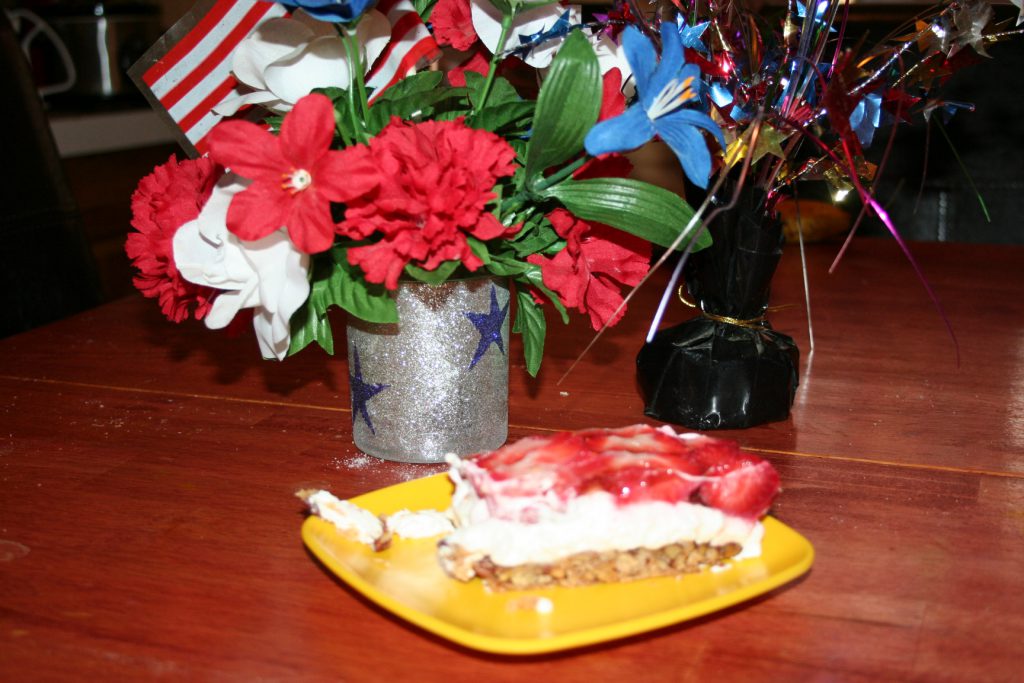 I made two tweaks to her recipe.

That’s it. This deliciousness is easy to make. I made the crust early in the day because it does require baking the three ingredients in the oven for 10-15 minutes. 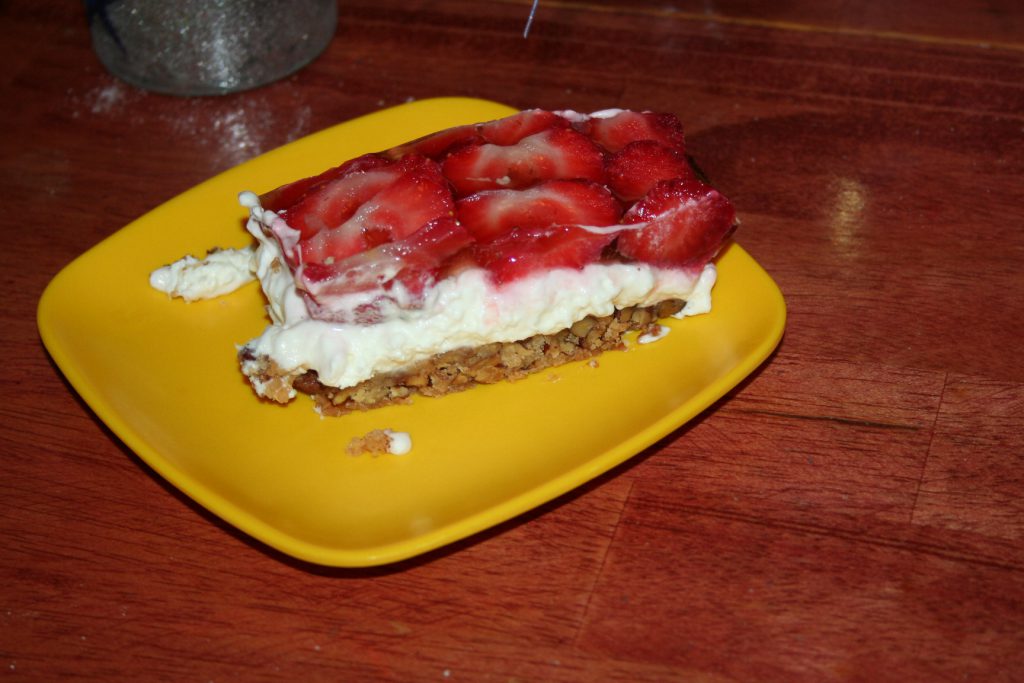 The top layer is just sliced strawberries with a small amount of ‘jello’ to hold it all together. I refrigerated my bowl of jello and set the timer to stir it after five minutes and then forgot to reset the timer for the last five minutes and it was a solid mass. So I had to do that part over again but I just reused the same two tea bags from before. (There’s something to be said for not cleaning up after yourself immediately.

I hope you’ll give this dessert a try. It really tastes great! Hubby said, “I think I know what I want for my birthday dessert.”

My 26yo son said it kind of tasted like a pecan pie wanna be.

He has a sweet-tooth and added more sweetener to the top of his piece the next day and liked it better; he said the strawberries were too tart/bitter. He’d never had Strawberry Pretzel Salad before so had no idea ‘context’ for what this dessert was trying to recreate. However, in the last couple of years we’ve found that we love pecan pie thus his pecan pie comment.

We all loved it! Kudos to Jacinda.