I followed the Today’s Tangle: Keeping it Basic prompt (#TTKICPrompt070819) again this week which was to do a monotangle using one of about nine tangles. I haven’t used striping much so thought that it would be fun. I also went with a string instead of no string. I just randomly drew a line on my tile until I was done.

Here’s what I ended up with. 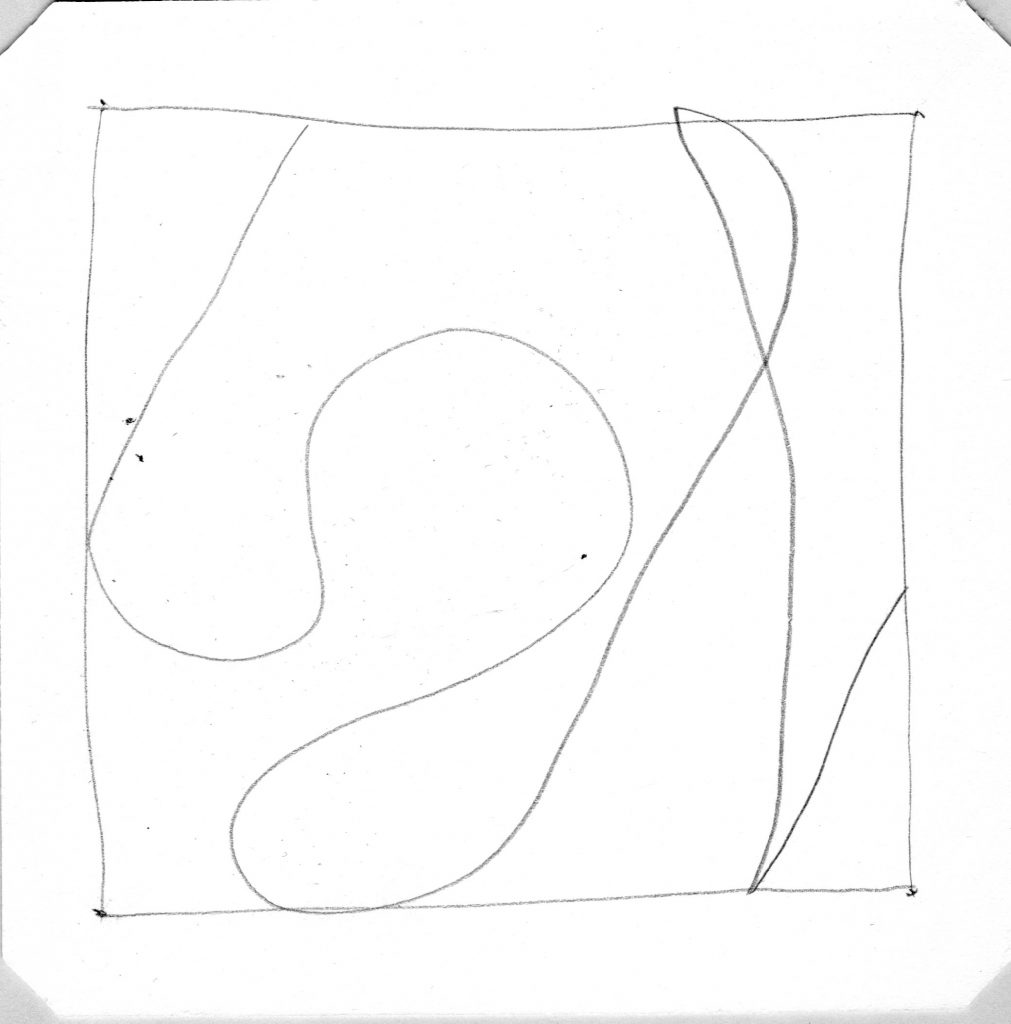 It’s a bit light and hard to see because it is my pencil string. But I got a picture of it with the camera. 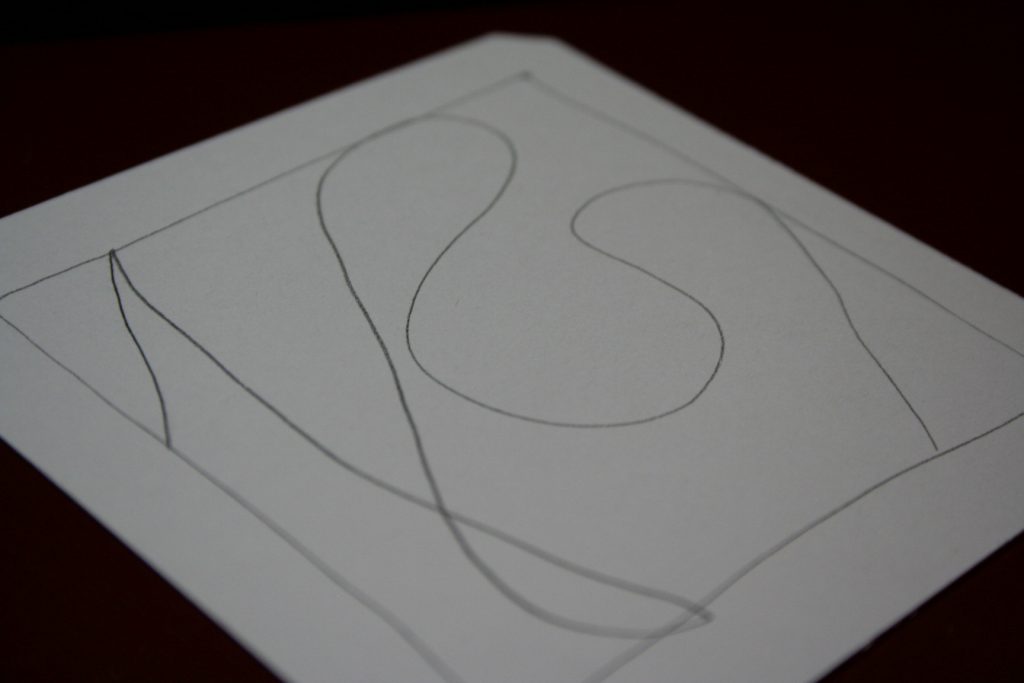 Then I started striping. I wasn’t sure if I was going to fill all the sections or not. I just kept on until I was done.

I tried to do one with a zigzag but it ended up being just a V. 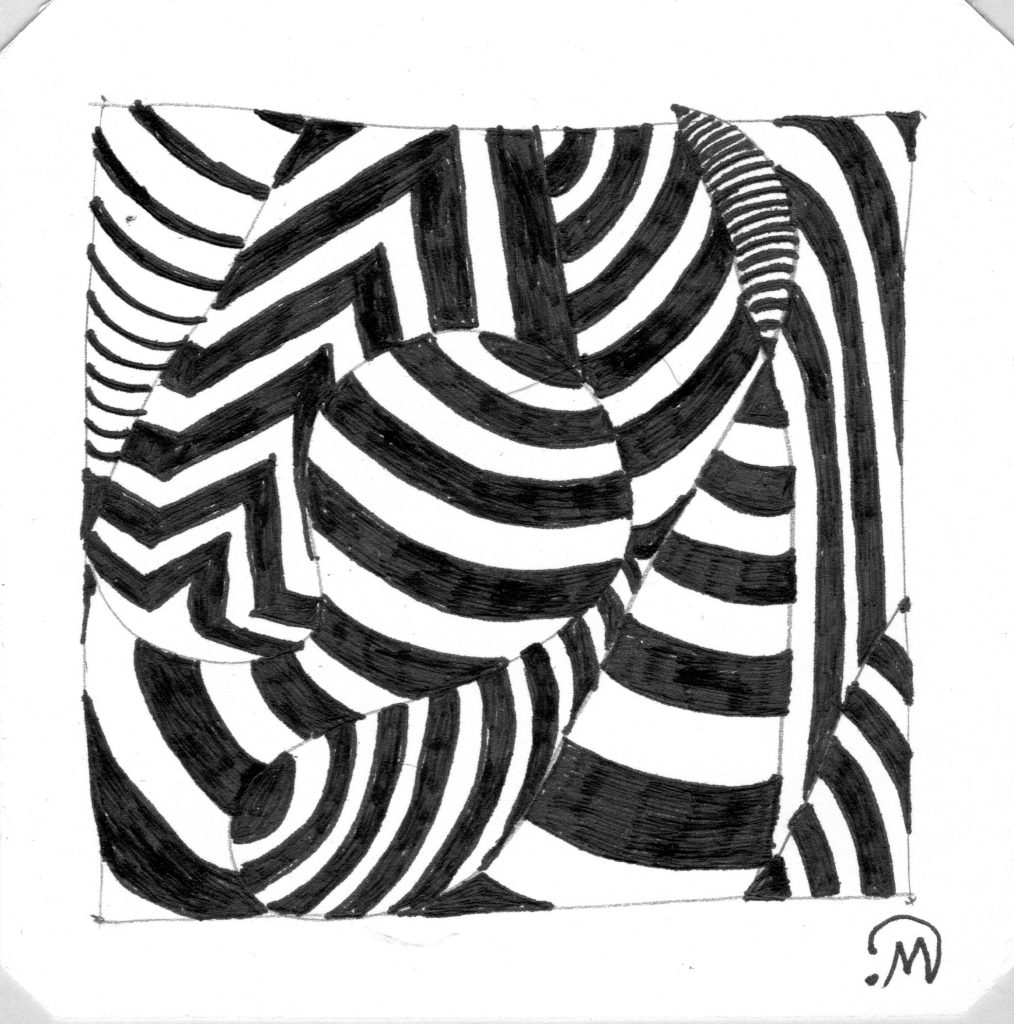 I tried to vary the directions, widths, and styles of stripes. It appears that I forgot to take a picture of it in natural lighting.

Here it is after I added some shading. I struggled with this a bit, knowing which parts to shade darker and which to leave. 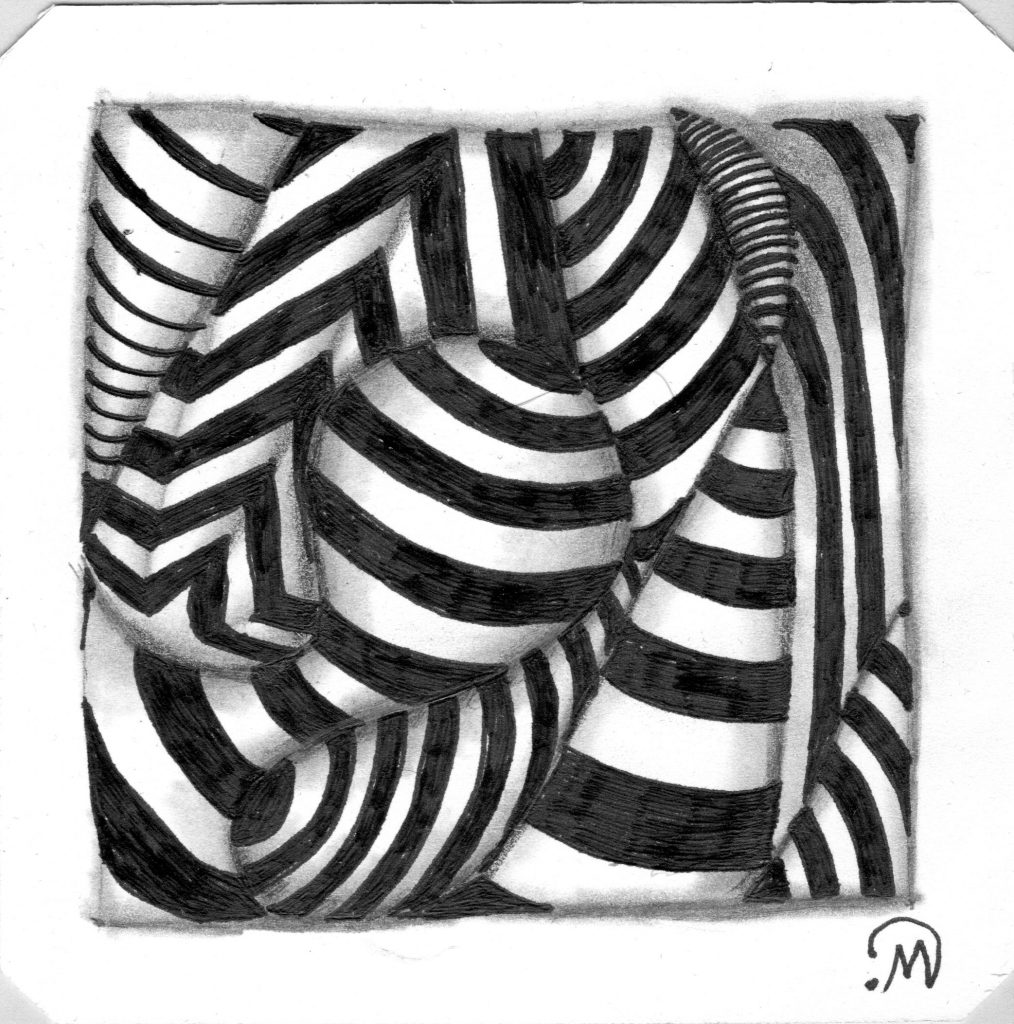 Here it is in natural light. 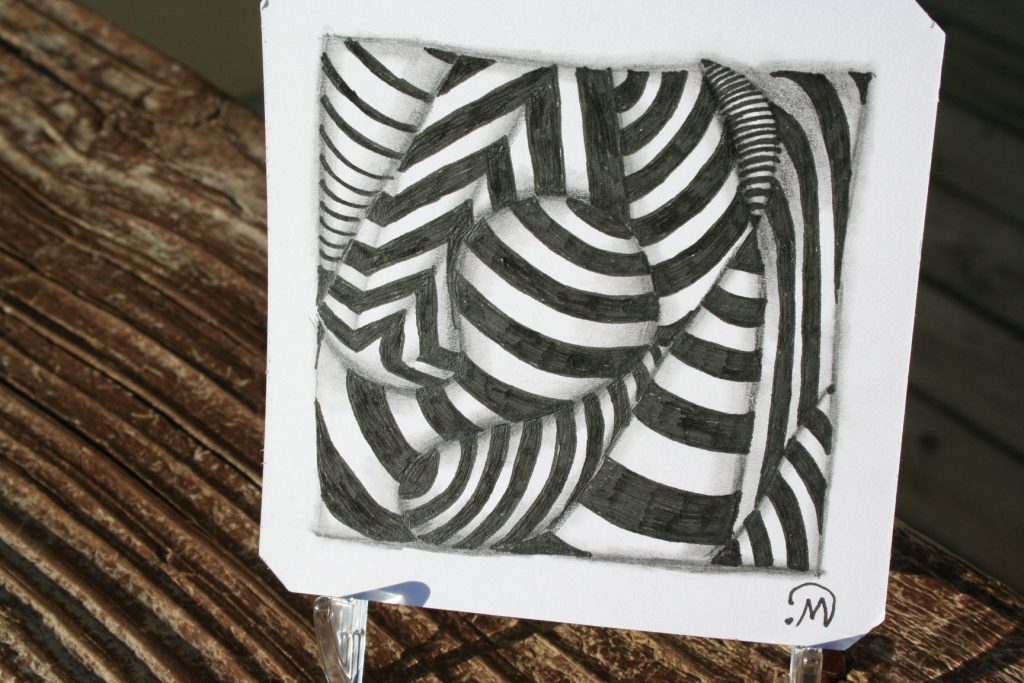 Well, that’s it for today. Oh, I did use my uni-ball eye black pen rather than a micron. I wanted to add some white highlights but that group does not allow it, so I didn’t use it.

Thanks for stopping by. I hope it inspired you.