This week’s Diva Challenge is to make a spring string. I followed the diva’s example and made a curly, spring-like line centered on my tile. I decided to take a picture of it before I did anything else to it because with this kind of string it is easily lost.

(I used my phone because I was nestled all snug in my chair with laptop, for Shnek directions, pens, tile, blending stumps, and pencils and didn’t want to undo all of that twice to scan it.) 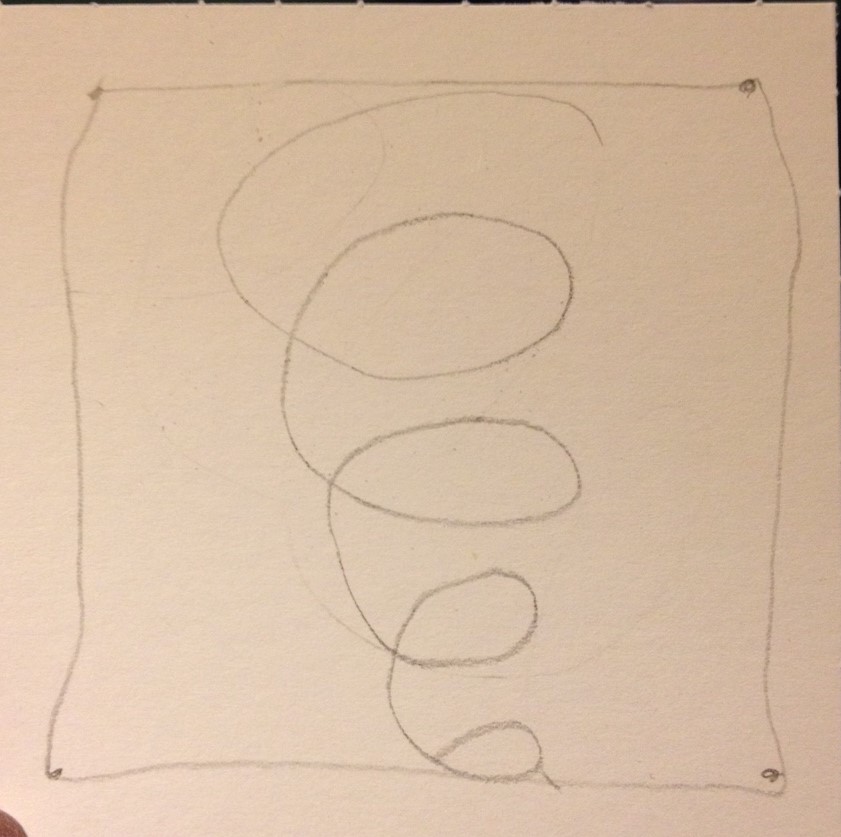 The Square One : Purely Zetangle focus this week is Shnek which is by Hanny W. I’ve learned my lesson and practiced this a bit in my drawing book, to kind of get a feel for it. There are so many variations she showed on her site, that I wasn’t sure which one to use.

Although I think I prefer the Shnek-knot version the best, it didn’t go with my string. Instead I chose the Shnek in a Circle version and chose to only tangle the loops of my string. In the end, my daughter thought that part was ‘out of place,’ so maybe that wasn’t the best idea.

Then I decided to add the increasing dot version along the connecting lines of the spring string. 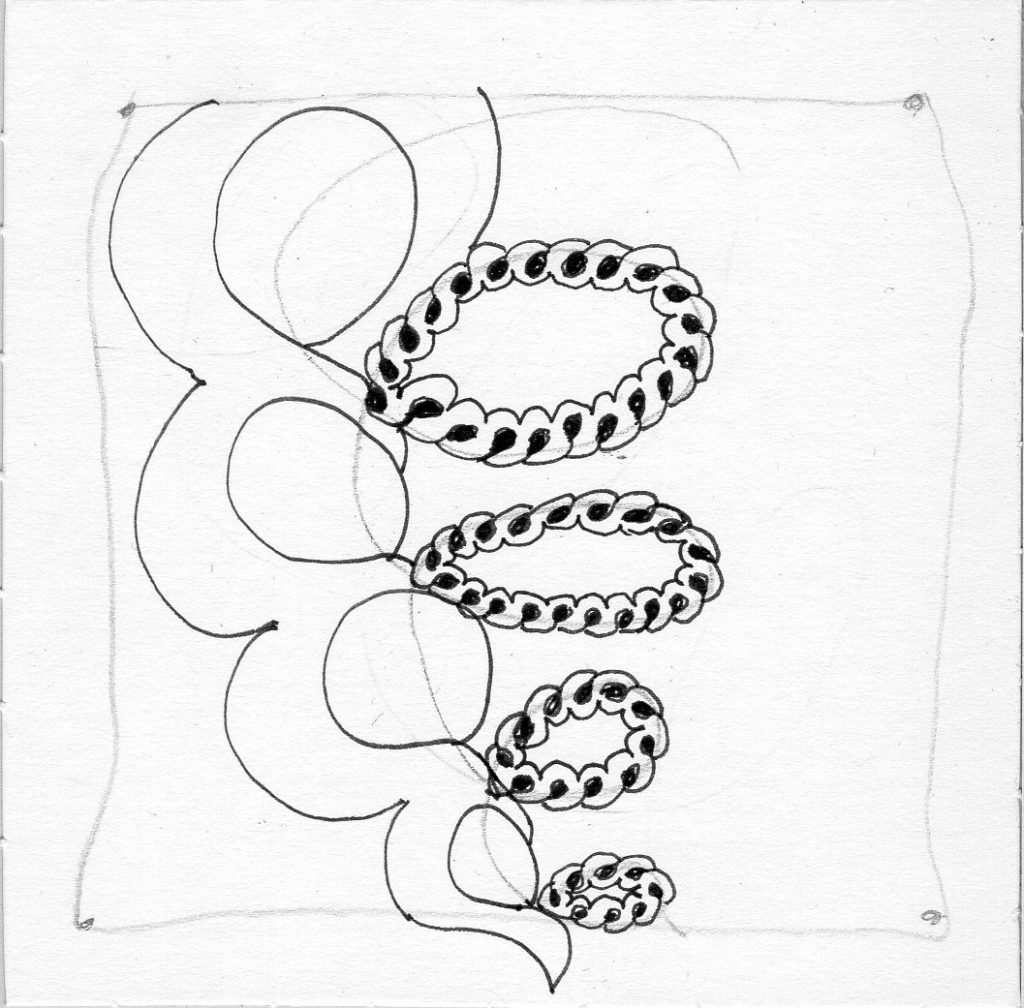 I considered adding MA-XIII since that is the focus of WZTV but I didn’t think there was enough space left to do it justice and I didn’t want to force it. I decided to shade it and see what I thought. Although I was pretty certain it needed some black area.

Wow! Shading sure does make a huge difference.  Here’s the same bit shaded. (I took this with my phone camera because I didn’t want to keep getting up and down to scan it . . . Okay, I was lazy.) But I think you will get the idea. 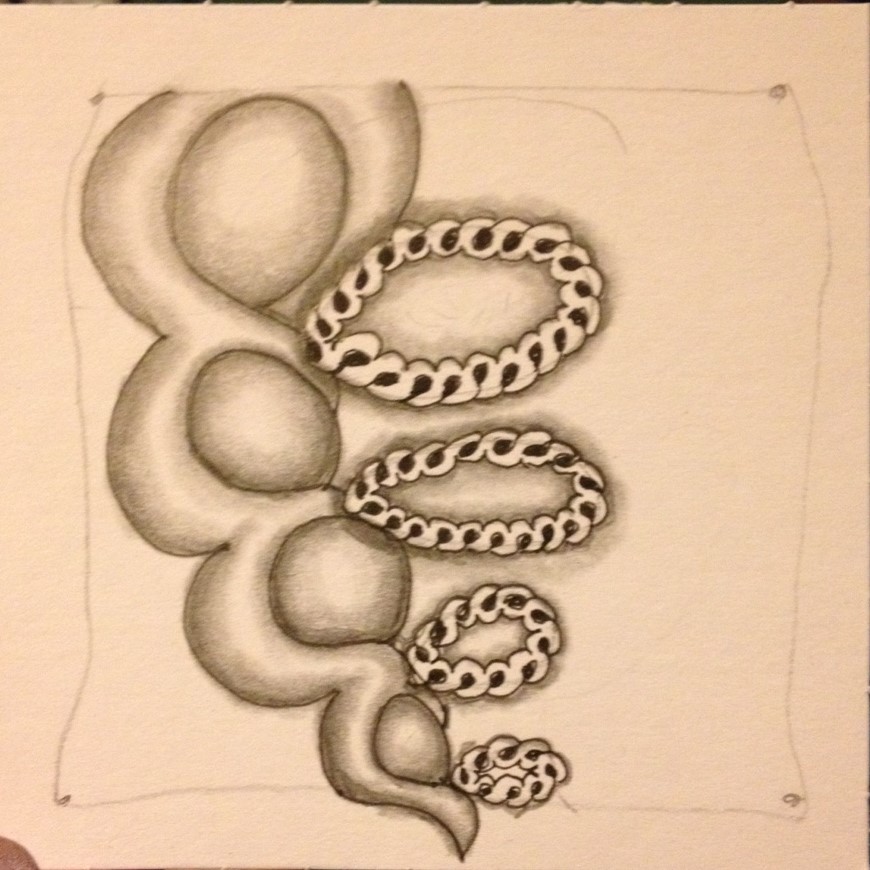 I liked it but I just thought it needed some more black to balance it out. So I decided to do a straight line of Shnek down the right side, but in a little bit so I’d have room to black in a little bit of the edge. (I think I may just make it jagged toward the center and blacken in the Shnek on that right side because I’m not real happy with the finished look.)

Then I thought I’d do just a little black along the left edge, as if it were a bit of an aura for that large increasing Shnek. Then I felt it needed a boundary on the top, so I penciled that in and smudged it a bit. 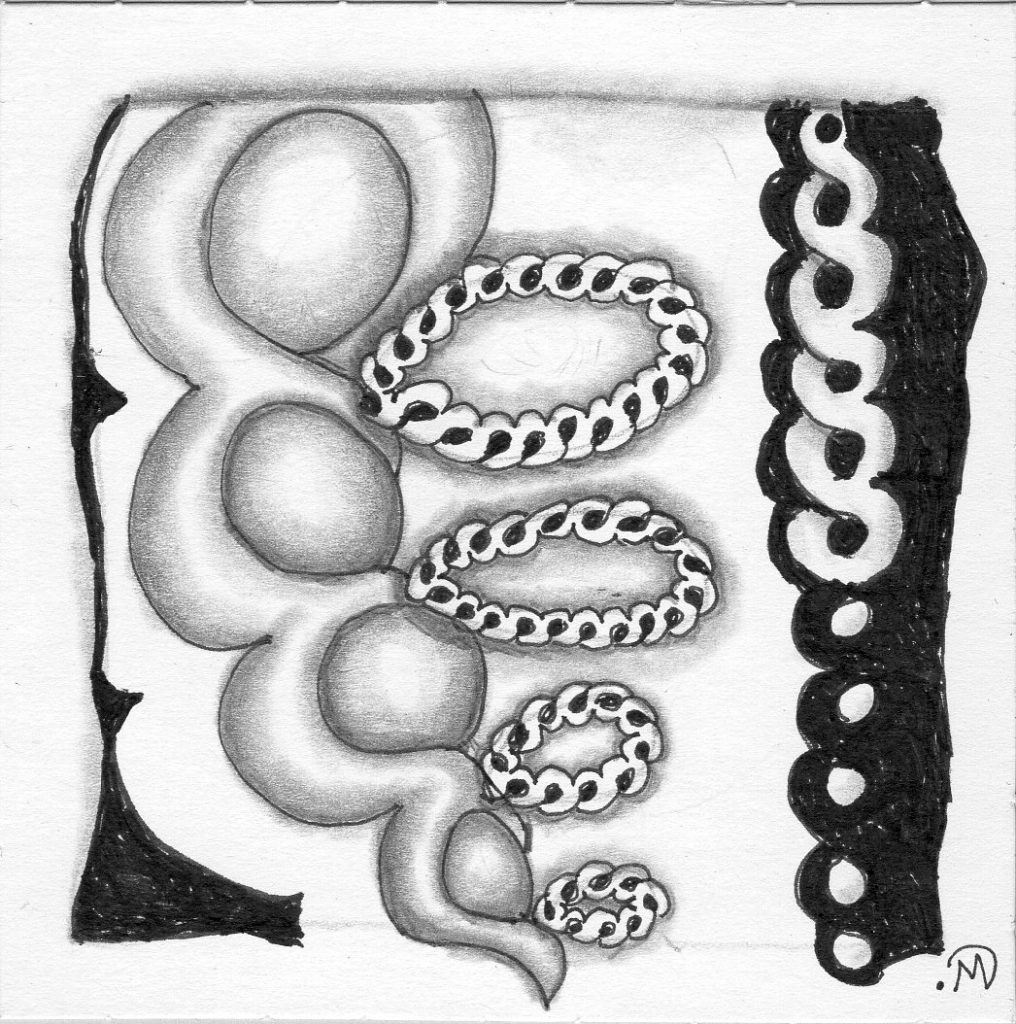 I should have gotten out my magnification glasses, so I could see to fill in those tiny circles better.

Well, that’s it for me for today.