This recipe was touted as being cheap/inexpensive and thus great for people on a tight budget. So naturally I was expecting the split peas to be around 50¢-75¢ a pound but unfortunately they were about double that and the recipe calls for two pounds.

Well, when I started going to WinCo, they had the split peas for less than 70¢ a pound, if I remember correctly. So, I it made it more budget friendly.

Some people don’t eat pork and split pea soup is usually made with a ham bone and chunks of ham. But to eat these carbohydrates and still lose weight, I need to eat them with very little fat, so no ham bone nor ham.

You may wonder how to make it taste good if you don’t use a ham bone. Liquid smoke and Bragg’s Liquid Aminos. I’ve never had split pea soup before so I had no taste that this recipe had to live up to. Sean even took one look at it and told me that he’d taste it but that he was probably going to eat something else.

He ate his whole bowl and got seconds, if I remember correctly.

So you start by soaking the dried split peas in water first thing in the morning. Then early afternoon drain and rinse them. 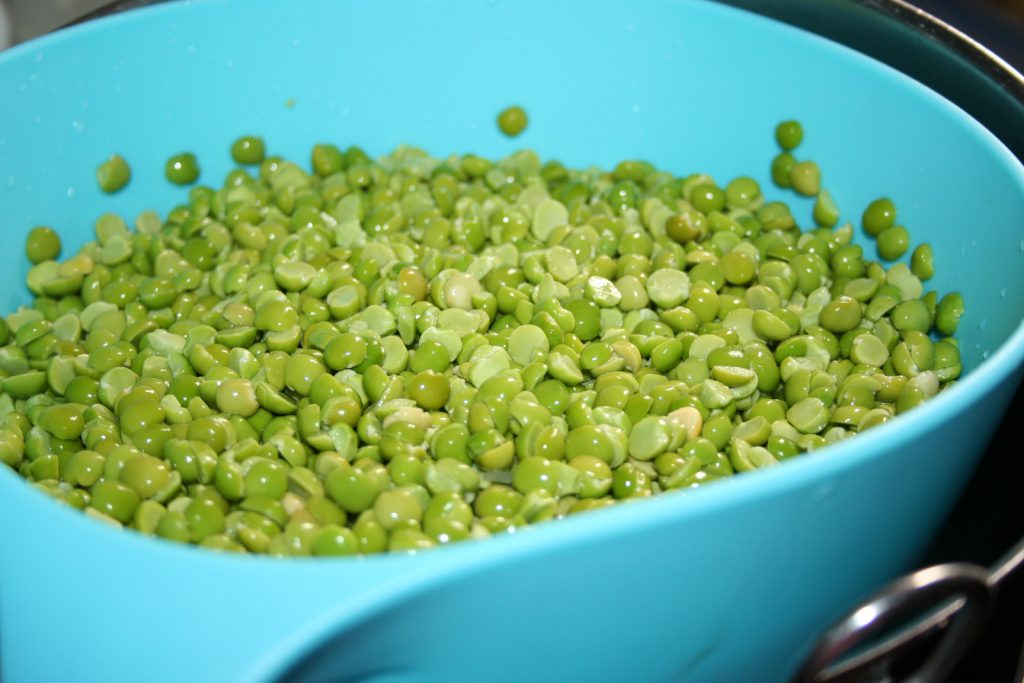 Next begin sauteing some finely diced onion in a soup pot or dutch oven. Add a bit of water for moisture as it cooks to keep it from sticking to the bottom of the pot or add up to 1 tablespoon of butter. 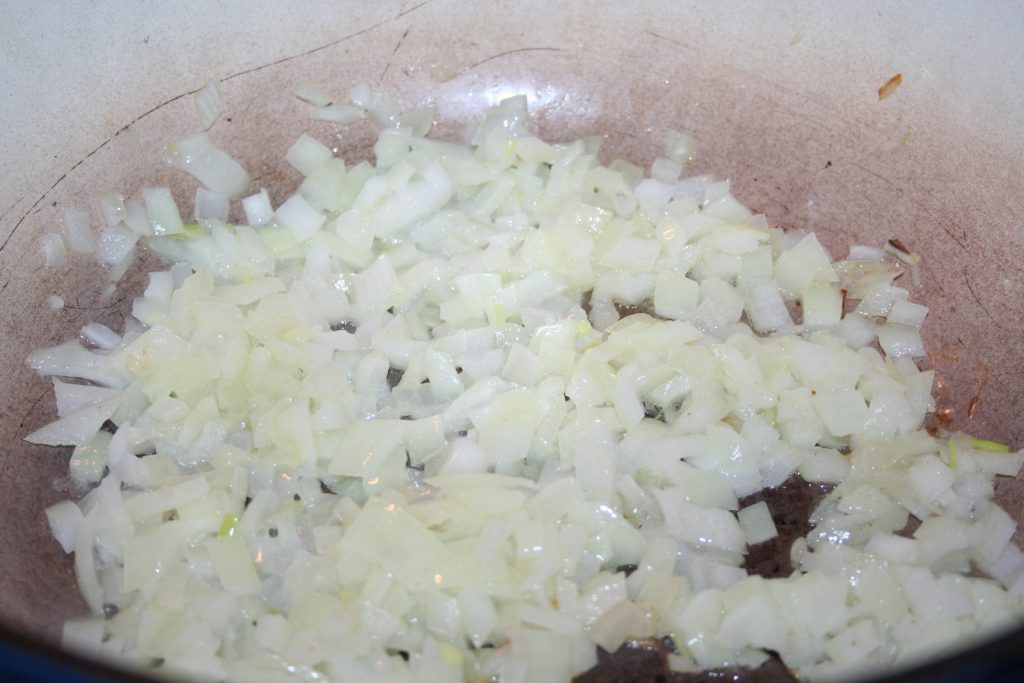 Then you simply add the water, peas and just a few seasonings. Cover and simmer for several hours. It can be cooked in the crock pot too, just soak the peas overnight. 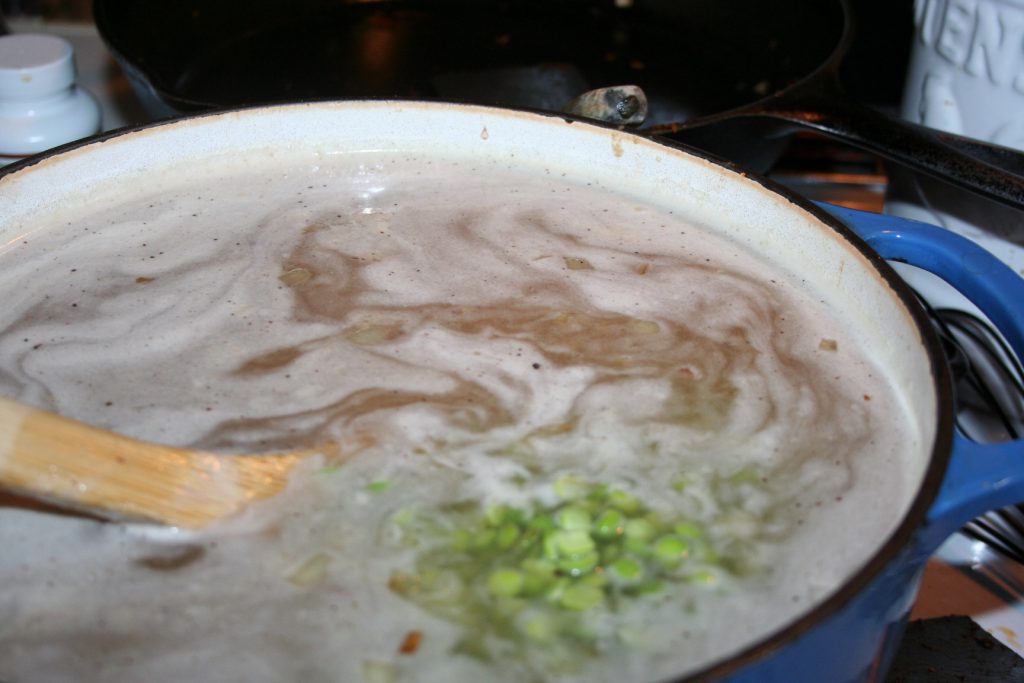 I like to cook mine for about 4 hours. Really it is about how it tastes to you, when to stop cooking and eat. 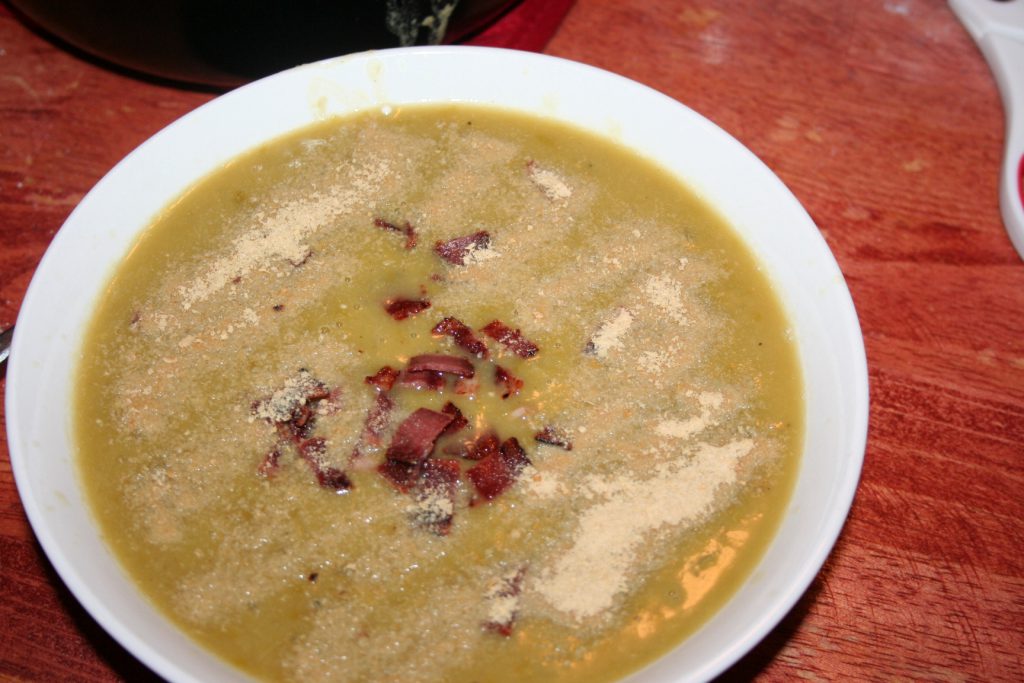