I hope Laura Harms, the CZTDiva challenge gal, is doing better. I miss her challenges though.

In her absence I’ve had to come up with my own ideas for what to draw. This week I checked out the Square One: Purely Zentangle focus tangle and was pleased that it was a tangle I had seen before and forgot I wanted to try my hand at.

I first saw Tangleflake by Suzanne Davis at the Tulsa Zentangle Group led by Pam Neumann. One of the other participants showed it to me and I loved it. It adds a lot of contrast to a tile. Here’s a video for it as well.

I didn’t think I’d want to do more than one tangleflake on my tile this go ’round and remembered Lily Moon’s tangle Caracole (video here). It is easy to do and produces good results generally. Although this time around it got really big, really quickly! But it turned out okay.

Tangleflake kind of has the shading built into it, so I completely forgot to take a preshaded scan. So here is my finished tile that I’m calling Splat! because tangleflake looks like something was spilt on it. 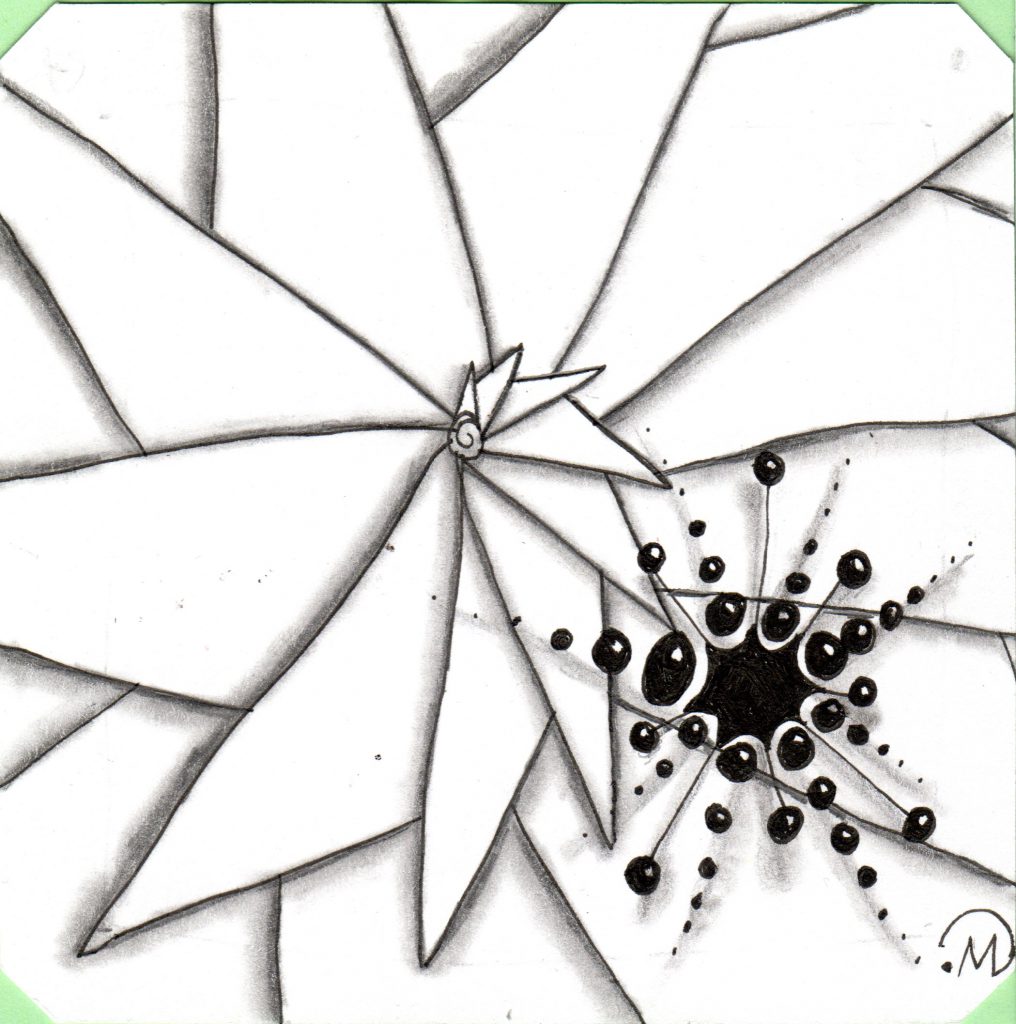 Here it is a bit smaller, which shows fewer imperfections. 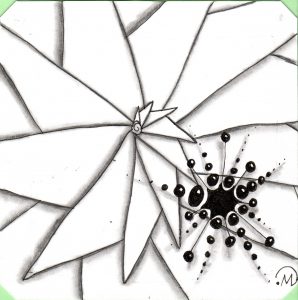 And here is a photo I took of it because tiles just seem to look better photographed. Although I still scan them too for a project I’m working on. 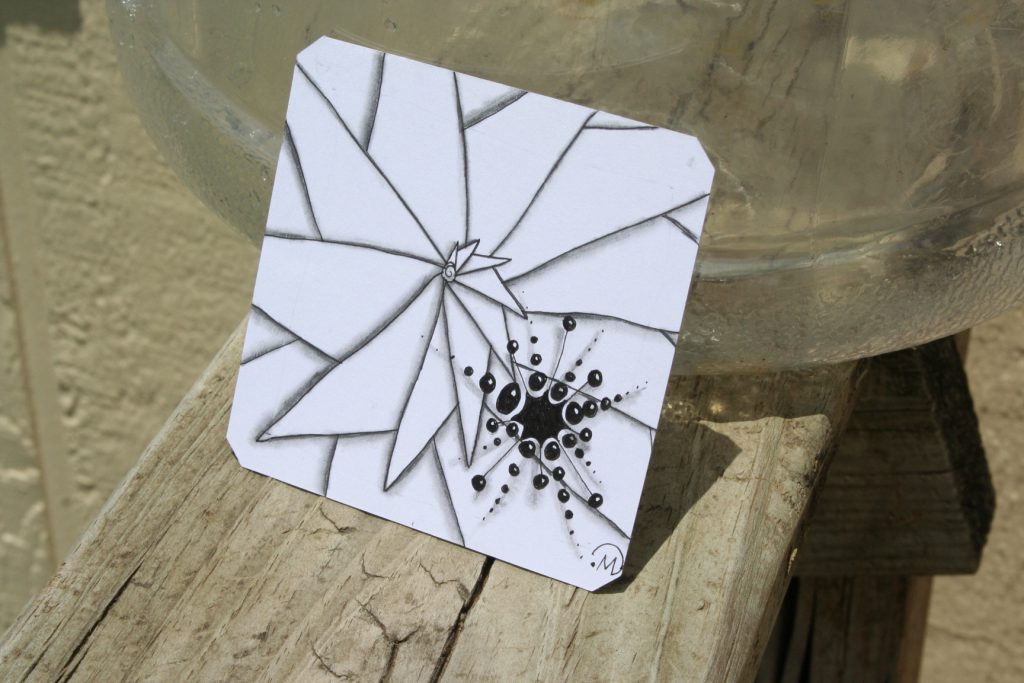 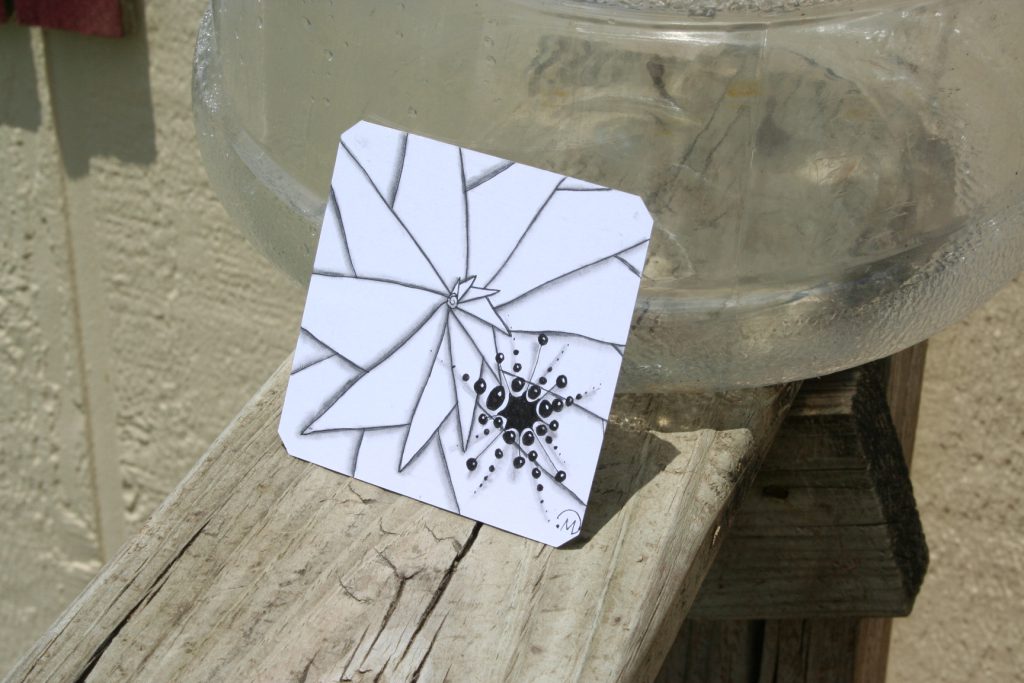 I could have done some tangling in the large sections of caracole but really wanted to keep it clean and uncluttered.

I struggled with the white spots on Tangleflake, as it seemed to me that her ‘her light source’ was in the upper right corner but then when she did the drop shadow she did it on the same side, which seemed to me that it should have been on the opposite side. I tried to keep the light in the upper right corner but not sure I was successful. I will attempt tangleflake again in the future and do a bit more defined shadow for the extra orbs next time.

Oh! and watching Lily’s video of Caracole, I see that I should have kept my initial ‘points’ closer to the same height but that’s what I get for not paying attention to the stepout when I tangled.

It was fun anyway. I think it could be a good candidate for some watercolor.

Well, I’ll run for now. Have a great day!