Hallelujah! It is soup weather here in sunny Oklahoma!!! I’m so happy, which is really odd because growing up there was really only one soup we had and that was Granny’s chicken soup. We occasionally had chili but I didn’t really care for chili until I ate some at Michael’s step-mom’s house before we got married; she made hers sweet and had CHEESE to add to the top and EVERYTHING’S better with cheese.

In the past couple of years I’ve really come to love some soups. I have found that in my beginnings of trying soups that I really preferred thicker soups or stews rather than thin ones. I thought I’d share some of our favorite soups with you today. These are in no particular order. 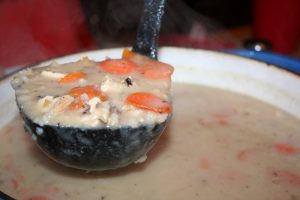 This soup is yummy. Nice and creamy and wonderfully filling, even for one with carbs.

It is a Trim Healthy Mama cookbook (page 100) recipe but also available online.

This soup uses some 1/3 less fat cream cheese and cauliflower to cream it up. I made some of Granny’s Chicken Soup the other day and used the remaining chicken and broth for this yumminess.

We really love this soup from the Trim Healthy Table (page 160) and online here. We are having it for dinner this week, so I’ll add a picture (hopefully) later.

This is a variation on their taco version, which is good too but we prefer this Italian version. I made this for the volunteers that helped me prep for the Holiday Bash last year and it was a hit with most.

This one uses cauliflower and okra (both pureed) to cream it up but seriously, give this a try because you cannot tell it has either of them in it. 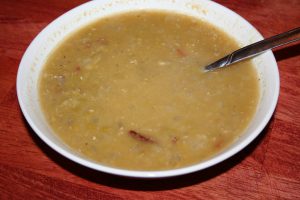 This soup we just had last night. When I first made it, Sean informed me that he would give it a try but didn’t think he’d like it and would probably be fixing himself a sandwich.

He loved it and requests it now. It is not a pretty soup but it sure is good even though it does not use a ham bone for flavor. I really wish that I could use a ham bone, but Michael cannot have it a this time. Thankfully this recipe is made without it and still tastes great.

You can find it in the Trim Healthy Cookbook, page 88 where it is called Cheapskate Soup because the split peas are so inexpensive. 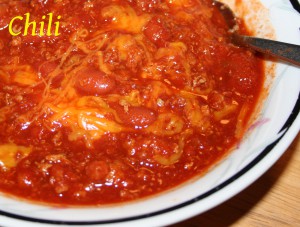 This is my husband’s stepmom’s recipes, basically.

We change things up a bit to eat with THM by substituting Sukrin Gold for the brown sugar. It would be an S helper because of the beans. If you want to make it an E (carb meal), rinse the browned meat with hot water and only have a very small (garnish amount) bit of cheese.

The guys in my family love chicken and dumplings soup for dinner but my daughter does not prefer it. I love a variation of this by either America’s Test Kitchen or Cook’s Country called Chicken and Slicks. It is simply delicious and all my family likes it.

It is a bit involved but really yummy. Unfortunately I don’t have the recipe for either one that I can share today.

But I had to list it because it is one of their favorites and they ask for it a lot.

I don’t know how authentic this recipe is but we really like it. However, I must admit that we haven’t had it in a long time because currently (on THM) it would be a crossover for us with the fats and the carbs. I’m going to have to figure out how to remake this one. If I roasted okra, we’d probably like it in this now days.

This is a knock-off of the Olive Garden soup but it is slimming instead of calorie laden.

I was hesitant to fix this the first time because of the kale but trust me when I say that it is delicious! There are a lot of low carb versions of this on the internet but you can find the THM version on page 86 of Trim Healthy Table (I think

Well, those are our favorite soups at the moment. There are lots of others we love too but I need to keep this a reasonable size, so maybe I’ll share more soups at a later time.