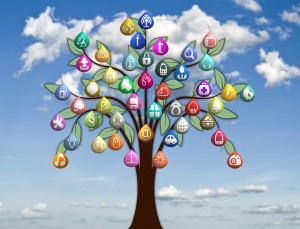 When our kids were teens facebook was just beginning. Some kids had both facebook and MySpace accounts. I let my teens get a facebook account but they only used it on the living room computer; we had their passwords and they had no cell phones. We did not allow them to have MySpace accounts though – one was enough. We also made sure they understood about privacy and what not to share online.

Today’s facebook is different from what it was years ago. It is no longer the teens place. It is now the place for all of us old people. I think the teens have pretty much abandoned it, as more and more mature adults signed up.

Of course there have been things to come along to take its place. Twitter and snapchat are two that I already knew about and decided I did not need in my life to distract me. But I recently read an article that talks about some more of the apps kids/teens are using these days. I share this article with you today because I believe it is important for you to know about them to have a knowledgeable conversation with your child about them. One of the apps she mentions in the blog post is a live streaming video – creepy!!!

There is also this article that talks about the same subject. It shares a couple of the same apps but is still worth sharing.

I’m cautious about what I put on my facebook account and about my privacy in general. My kids have made fun of me for some of the conspiracy theories I believe.

I hope you’ll talk to your kids about social media and keep a watchful eye on what they are sharing and with whom. Better to be safe than sorry!