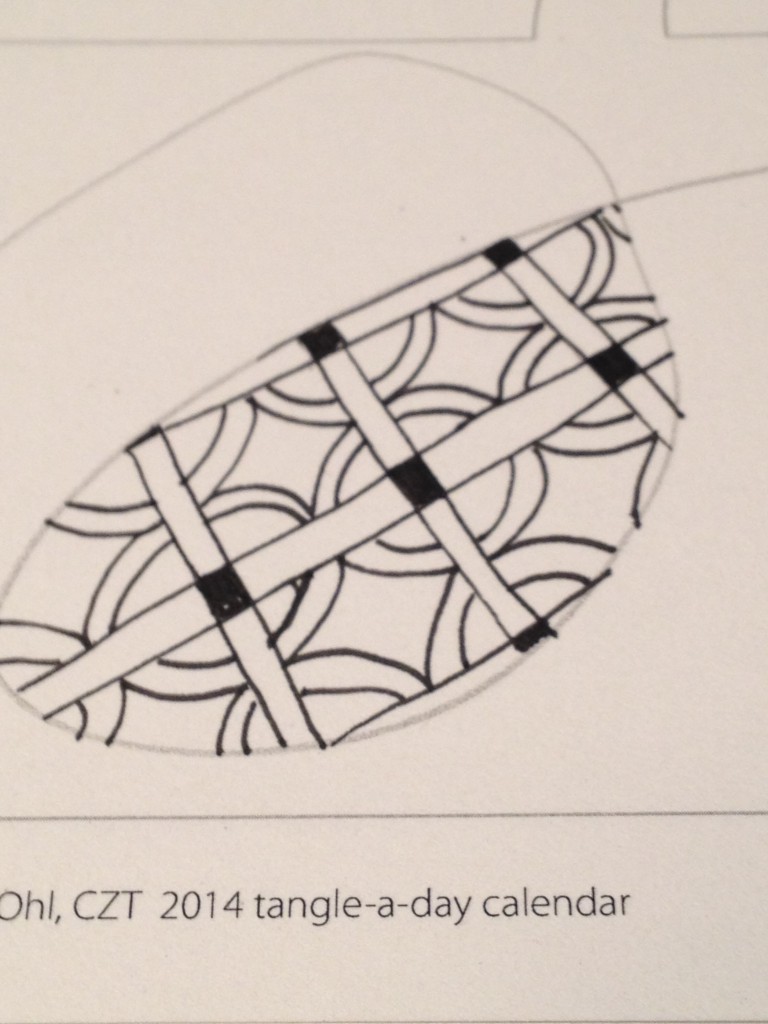 I learned a new tangle the other day. It is a very fun one and I think I’ll be using it a lot. The tangle is Seton and can be found on TangledUpInArt.wordpress.com . It was featured last week on the Diva Challenge. The first Monday of each month she features new tangles and this one was featured this month. I wish I had participated in the challenge for the week but had many things going on, so I was unable to do so.

This picture isn’t the greatest but I thought I’d share a glimpse of the tangle. I started to do a zentangle in my calendar one day and never found the tangles I wanted to use around it but this tangle was fun. Okay, truth be told, I just kept wanting to do tipple around it and I use tipple so much that I thought I wanted to steer clear of it but looking at it again now, I think I will go back and just do it. Creating a zentangle isn’t really about the finished work, it is about the process and just putting pen to paper. “One stroke at a time.”

I like the diva’s weekly challenges even though I don’t get time to do them all as much as I’d like. I also like the string thing challenge over on TickledToTangle. I’ve never actually participated in one of those either but I have high hopes for next year.

Yes, I said next year.

You see, I know I’ll busy from now through the end of the year, so to put the unrealistic expectation on myself that I might participate in this challenge this year is setting myself up for failure but planning to do so next year has a high probability of success.

I thought I’d leave you with one zentangle I did in my calendar earlier this year. I made the string myself, although it is probably very similar to one someone else has done somewhere as it is a simple string. Then I just put pen to paper and started making one stroke at a time and this is how it turned out. 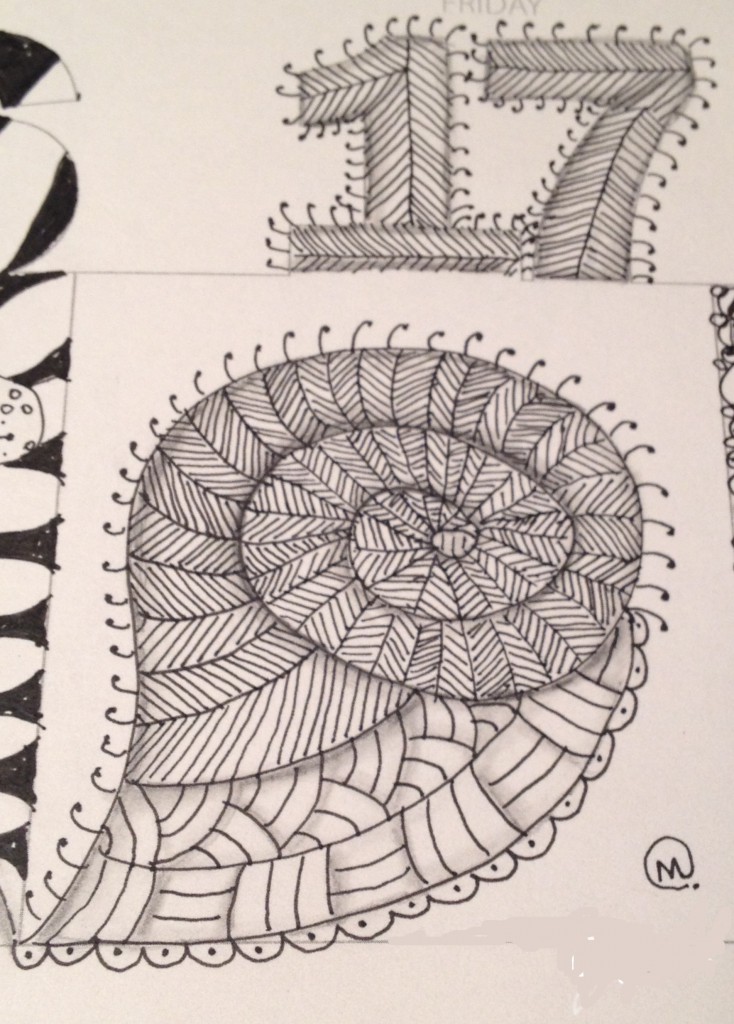 I think the tangles I used where fescue, keeko, shattuck, and something like meer (or just slashes).

That’s it for today. I hope you’ll try your hand at some tangling. Remember you can find a treasure trove of direction over on www.tanglepatterns.com .