The last time we went to the pumpkin patch was probably close to a decade ago. Carmichael’s Pumpkin patch has always left me with fond memories.

Liam is at the age that I thought he’d really enjoy it. So when they come up this past weekend, we went. It was crazy busy and crazy windy!!! Because of the wind, the dirt from the parking lot was really blowing up and around. It felt like we were in the dust bowl.

Thankfully, they have things spaced out pretty good and we didn’t feel like we were in a crowd. I grabbed Liam and escorted him around. First we stopped at the pumpkins. 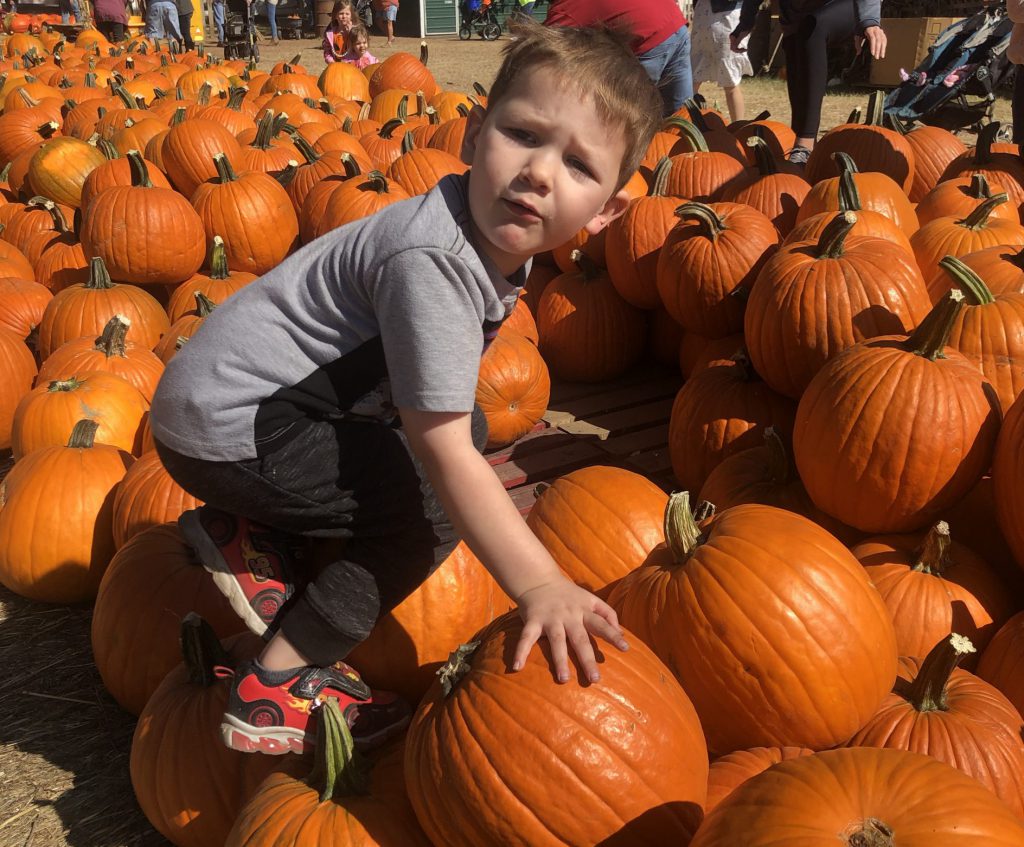 I’m not a very good photographer and I am way more interested in being present and forget to take pictures.

Next we went into the dark maze. I was so concerned about him getting scared that I ended up getting a little turned around and had to use my flashlight on my phone to get us out. Liam did great though.

Next up we looked at the pigs and piglets, goats and kids, and the rest of the animals. 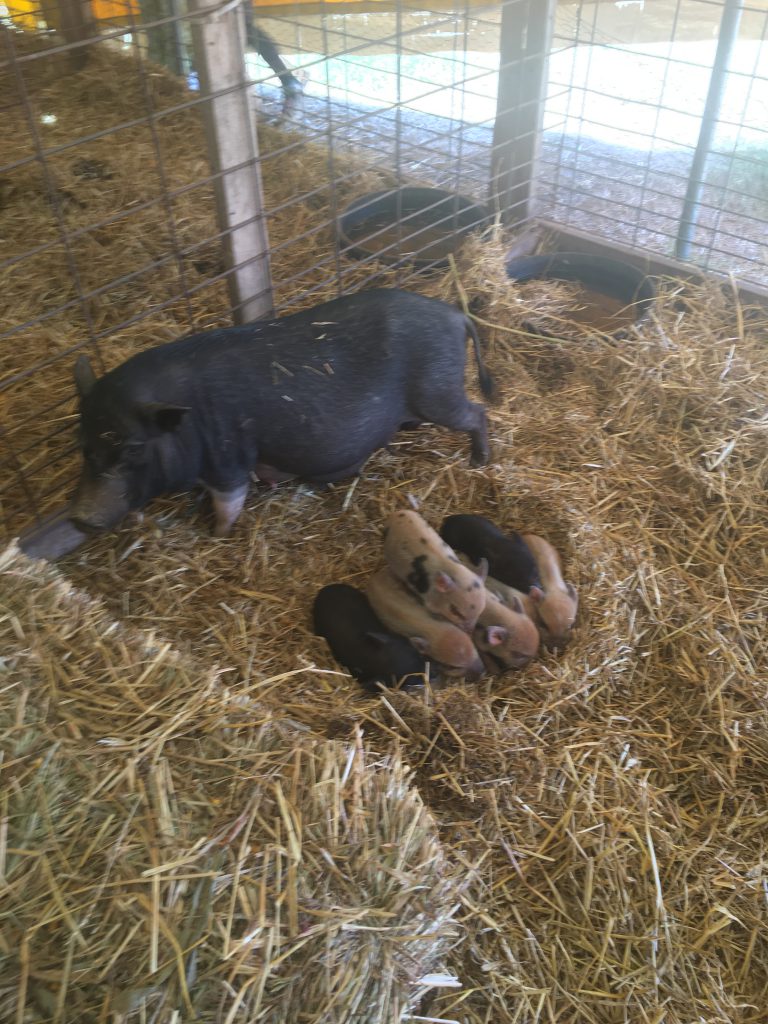 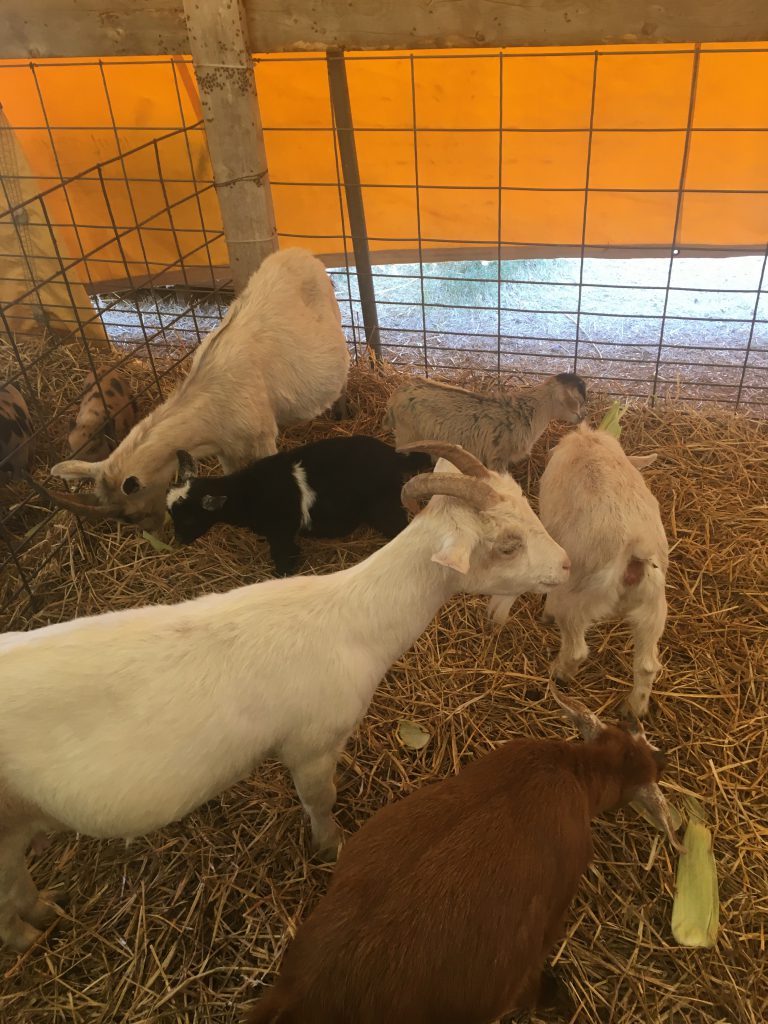 There were even porcupines! I’d never seen a porcupine before. I always thought they were a little bit bigger than a hedgehog. So I was surprised to see how big they really are. 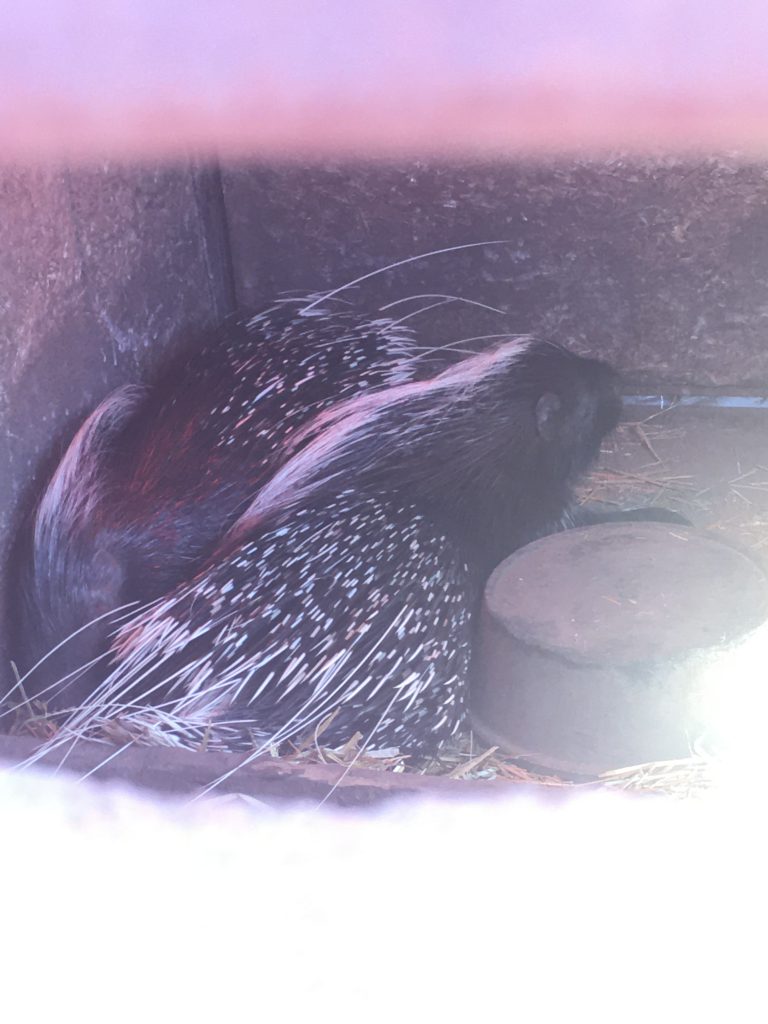 Then I bought us some feed to give to the animals. The trouble is that there were so many people that the animals were a bit full and thus picky about what feed they eat. 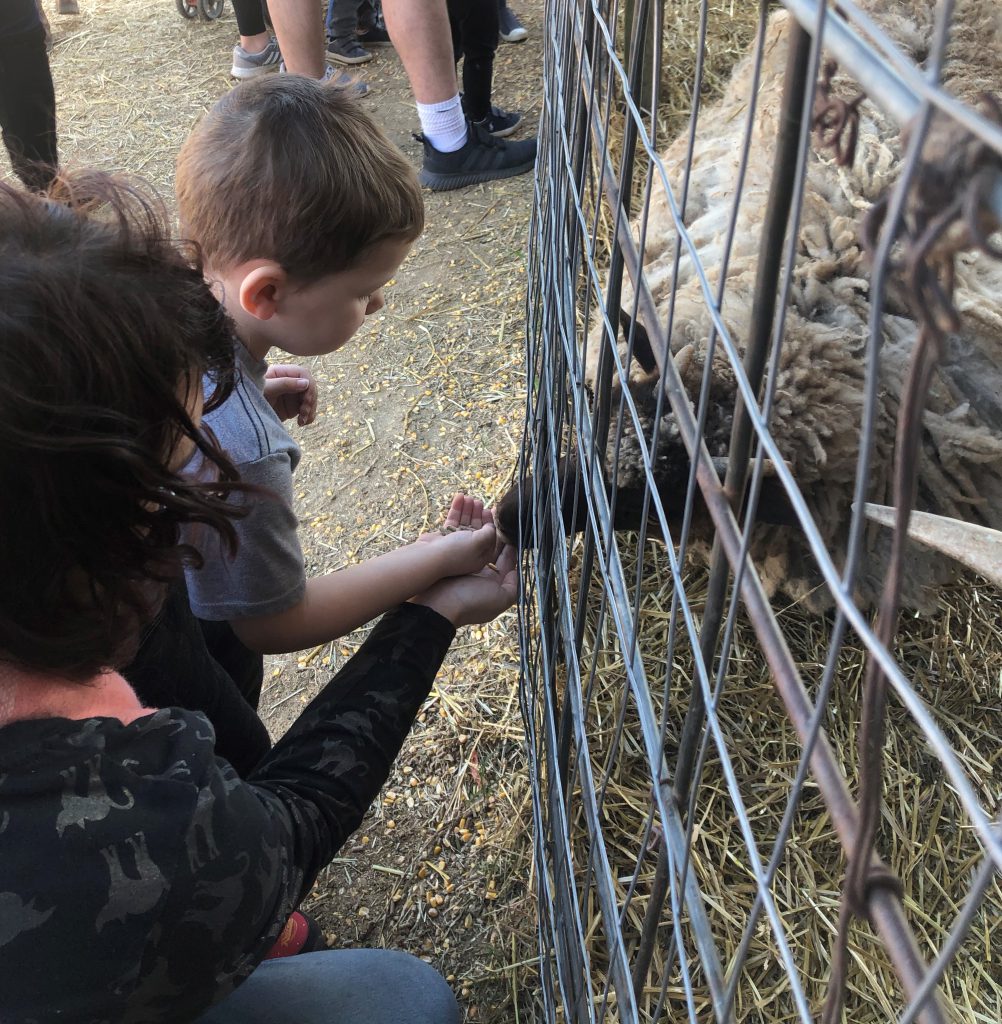 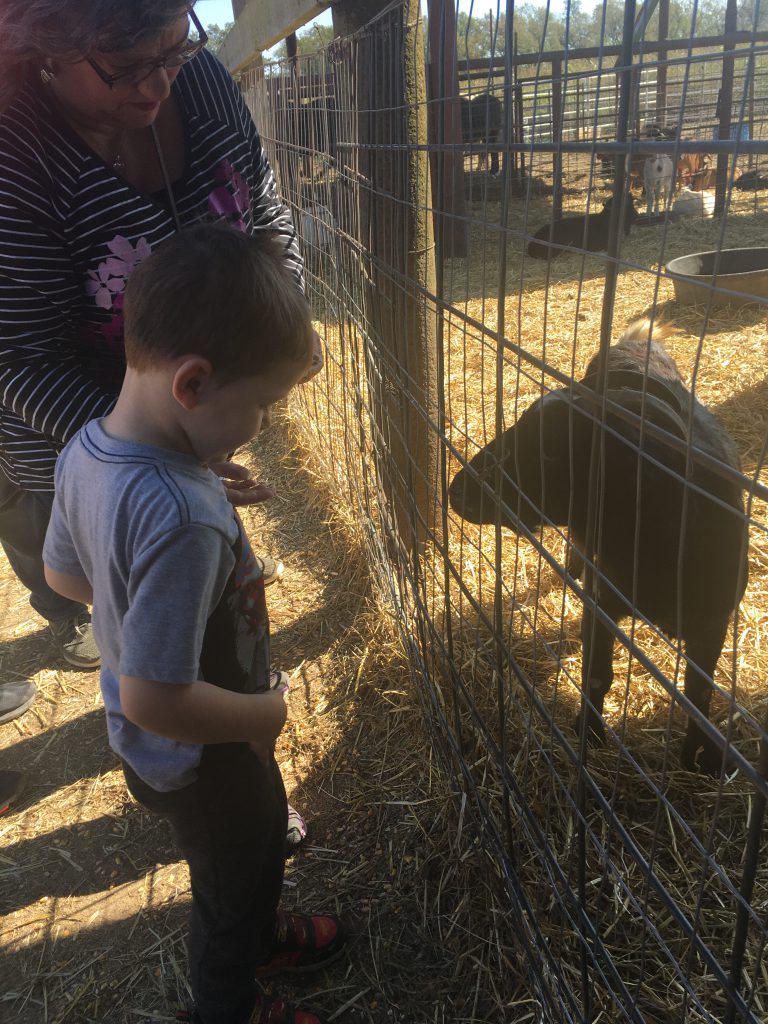 If they were nearly full they wouldn’t eat the feed but would eat the corn kernels.

Then we headed over to the camels. They were selling dixie cups of baby carrots by the camels. I was concerned that the camels wouldn’t eat them for the same reason that the other animals weren’t very interested in the feed. And I was right, the weren’t but this goat was. 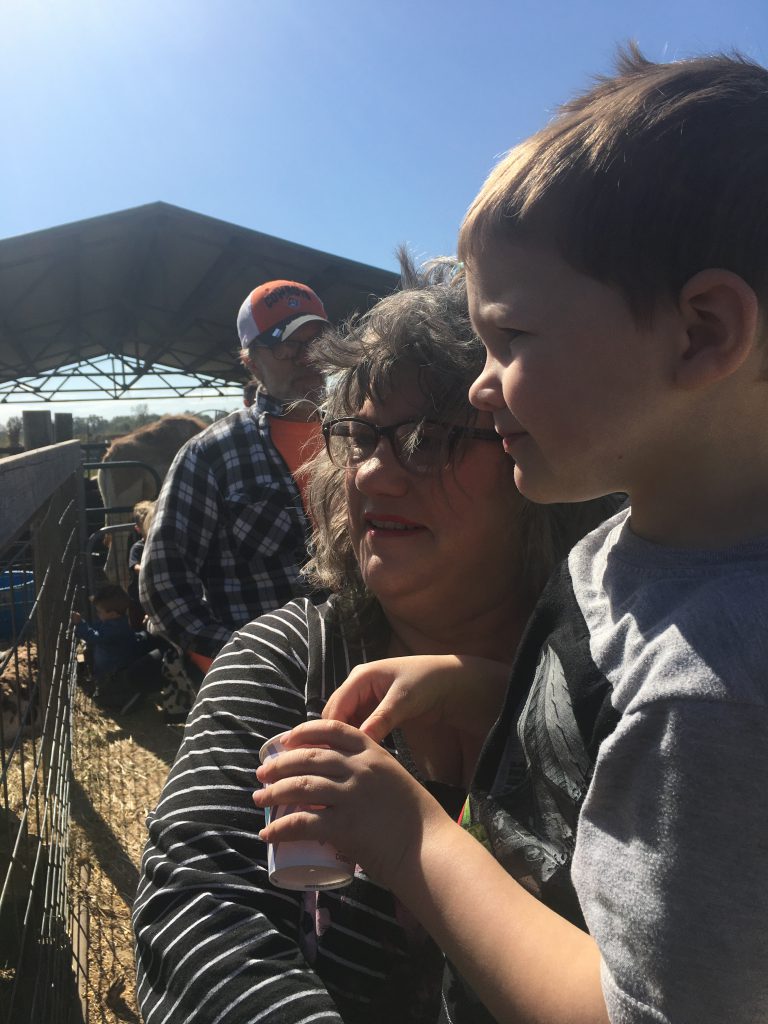 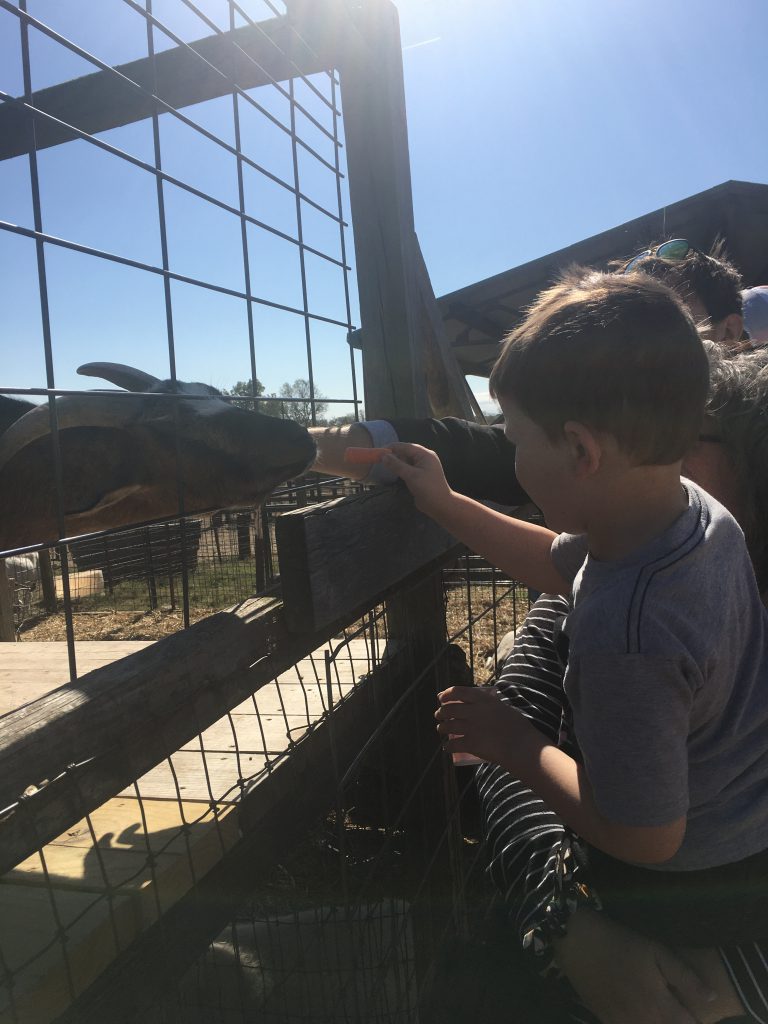 They had some areas set up for picture taking. I wish we’d have gotten a picture of all of us together, but alas, I didn’t.

But we did get some pictures of of Liam. I took a couple but so did Lauren and Tiffany. Tiff shared her pictures with me. 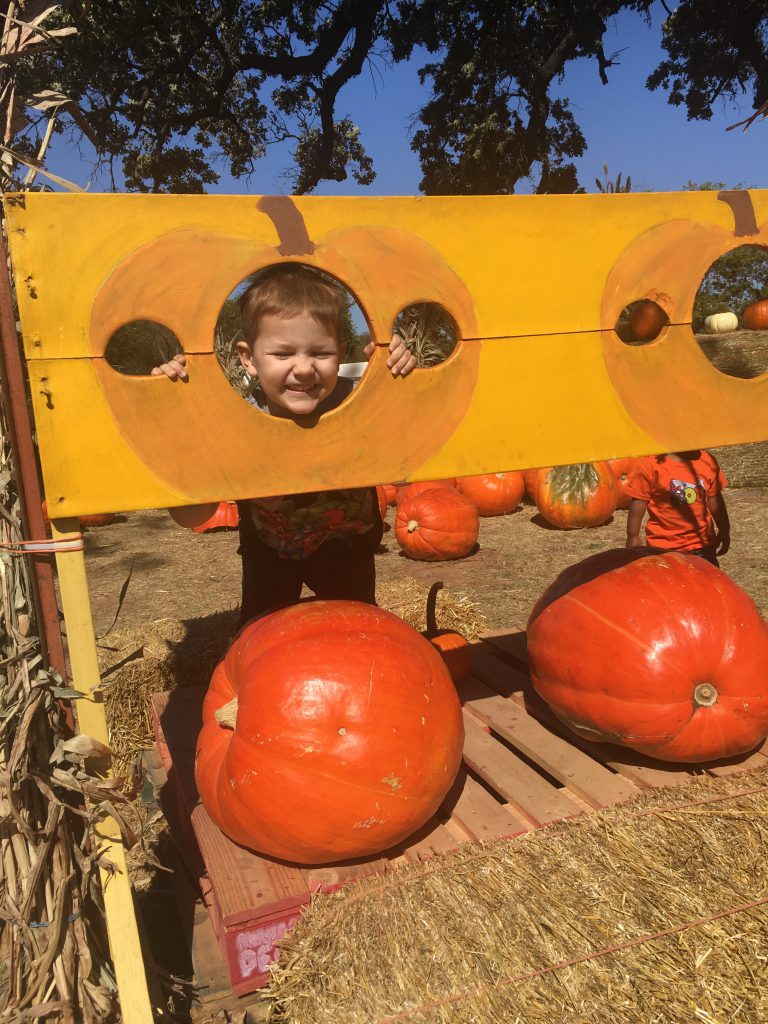 He was a bit scared to get up on top of the hay bale but did so any way. 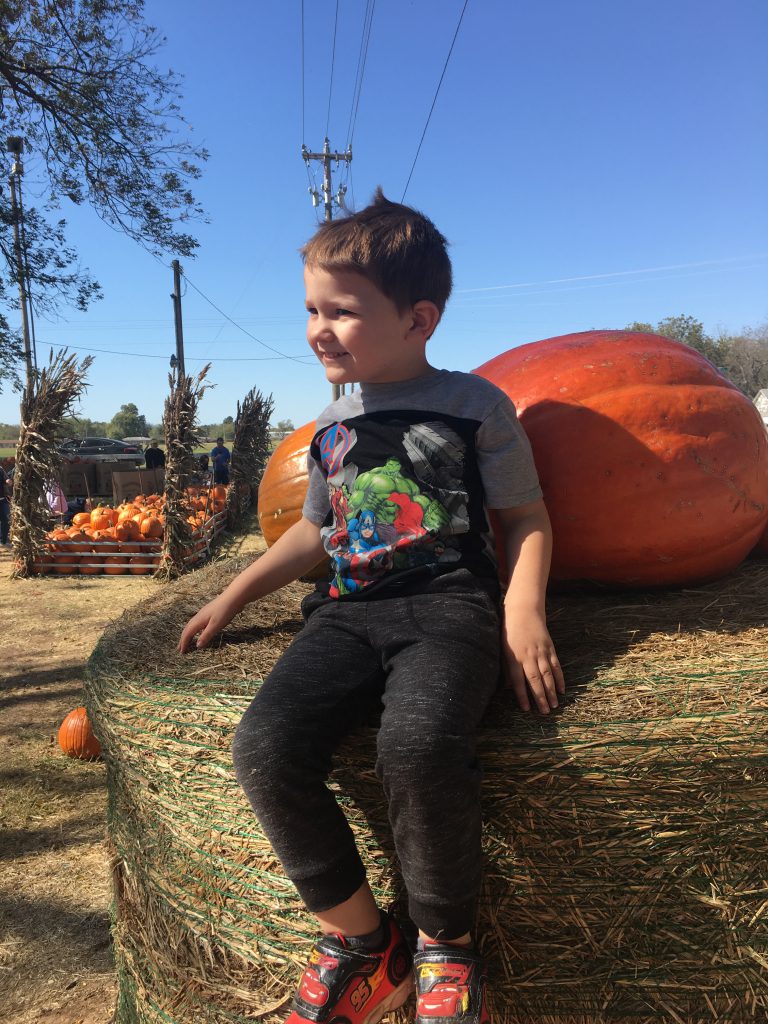 And then he got comfortable with it. 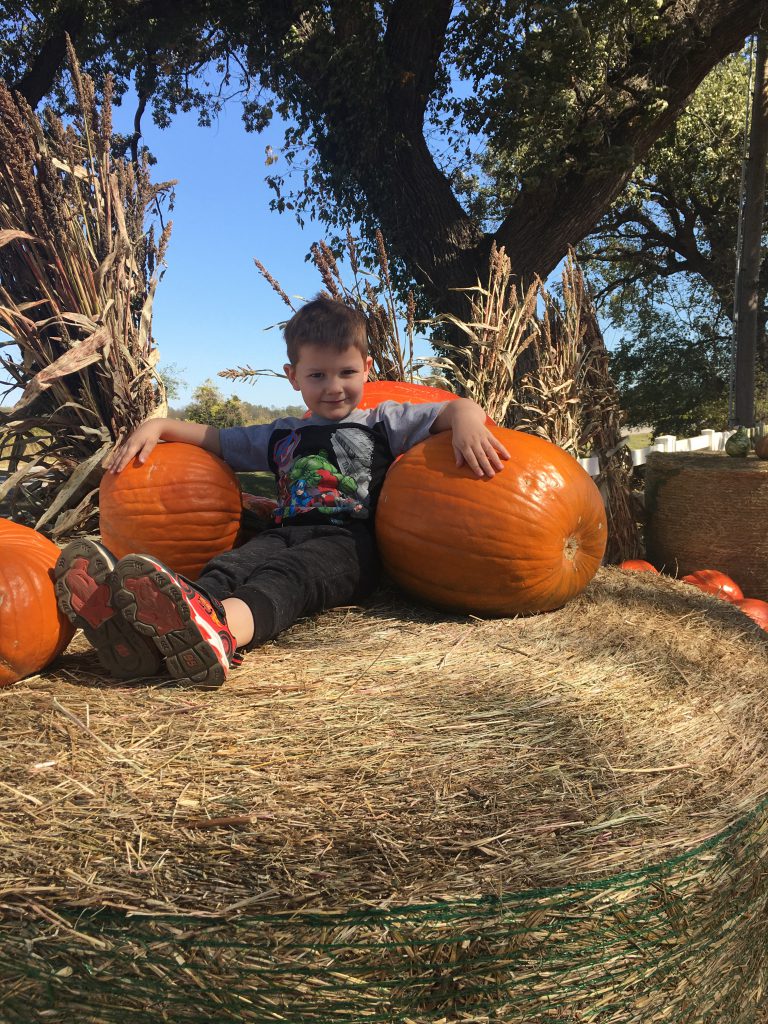 Tiff did get a picture of Sean, Brian, Lauren, and Michael while they were waiting on us. 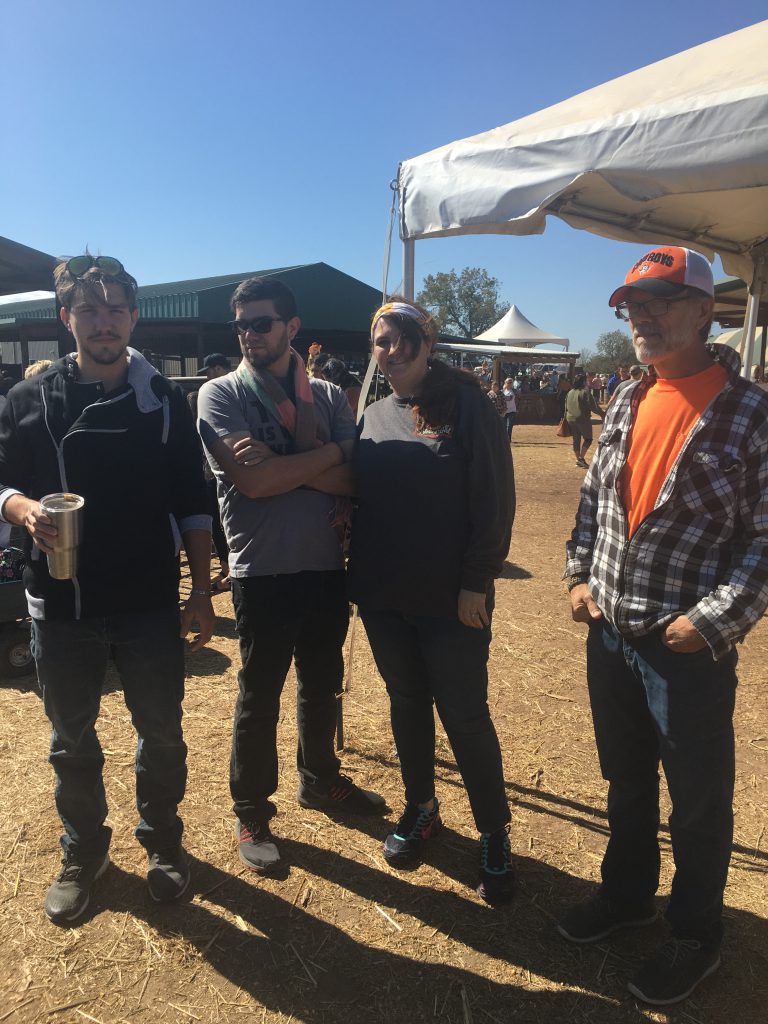 Well, that was our fun time at the pumpkin patch. It is odd how I generally want to go there the week of fall break and this time was no different, even though it was on Saturday. Of course, the kids came up to celebrate the end of October birthdays last weekend, so we couldn’t have gone earlier in the month.

I hope you have a good weekend. Ours is going to be quiet this weekend. I think we have settled on a church. We shall see.